What Makes Homeworld Unique? Real-time strategy is one of the most exciting and entertaining genres of gaming. These titles bring together the thrill of watching troops charge into battle on your order and the intensity of managing the conflict from high above the battlefield with the precision of a chess grandmaster. Now, for the first time, comes a game that brings heart-stopping 3D warfare to the vastness of space. Homeworld is the next evolution of real-time strategy games, delivering a fresh experience in a totally 3D universe. Homeworld gives players a new level of freedom to create new styles of gameplay while simultaneously delivering cinematic quality graphics, stunning special effects, brilliantly rendered ships and an innovative interface. 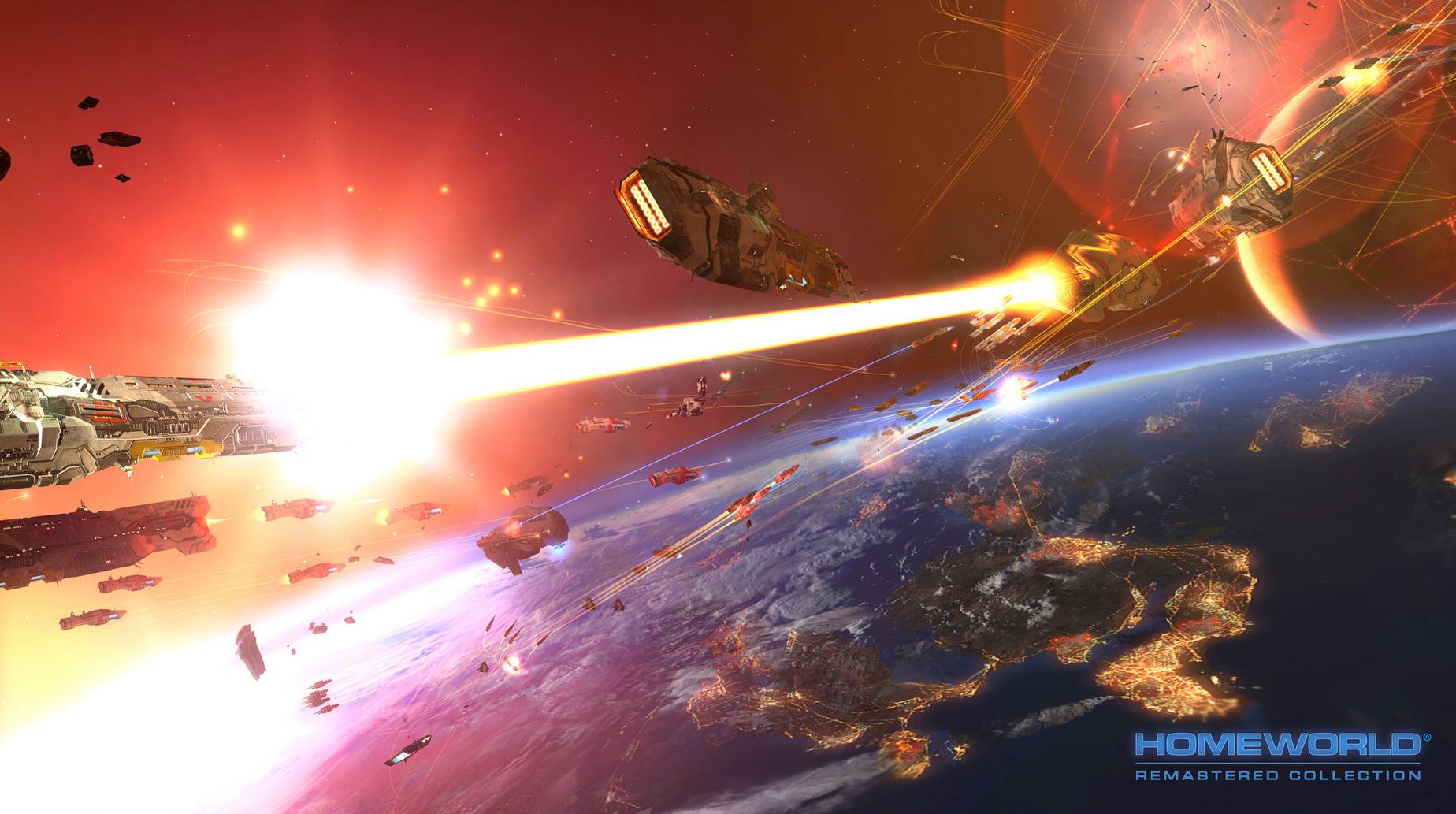 The Remastered collection also includes the original Homeworld and Homeworld 2.
Both games still have a thriving modding community with many amazing, expansion sized enhancements packs and grand scale total conversions.

What mods are you looking forward to being remastered, are you going to re-alunch a home world 2 mod? We will keep you posted regarding the upcomming mod tools release, so be sure to track the game for more updates!

Homeworld Remastered gets a release date

This update is a prelude for our next version with more ships.

HWR Inside#4 - Our Channel

Some video editing, an update and what's next in our MOD.

Play as Turanic Raiders or Kadesh. MP and SP. A MOD with a different twist. All races are different. This is not your ordinary MOD. TvsK is a SP and MP...

This simple patch causes all ships and objects to appear at their proper size at any distance.

This simple patch forces all ships and objects to use their highest quality models and textures at any distance.

NOTE: This is just a patch. You also need the full v1.3 install which can also be found in this archive project. This is the final patch for the Macross...

Loved Robotech Assualt in Homeworld 1 but want it for cataclysm/Emergence? Here is the mod just for you.

The original Derelict mod fro HW1, someone told me they couldn't find it anymore so I uploaded it here for Archival purposes. I don't know who or which...

I would like to commission a modder to make a mod for me.
I merely want the Kushan mothership to be able to move during single player campaign mode in Homeworld 1 Classic.
Nothing more.

I know it's part of the story and so forth, but spare me your speeches. I'm an old guy that played the original when it first released and I absolutely loved it when it came out.
But the bloody ship couldn't move.
Such a beautiful ship, could not even move.
It broke my heart, and I know I'm not the only one.

To me, that was like the Enterpise D not having an impulse drive. How ridiculous

Now, I paid a modder "spoonfrog", bless their heart, $30 to make this very same mod for the HW1 Remastered version and it works perfectly but he doesn't seem to know much about editing the classic version.
The mod he made is amazing.

However I would love to see one made for the Classic version.
I know the Remastered technically has better graphics, but there's something about the original that had a more... Anime feel? I don't know how to explain it but I just love the old graphics. Those were different times.

Anyways, If one of you jolly good modders out there could help me out and build this mod for me, and post it over at the Steam workshop (Not before I reward you of course) well then you get a nice $30 Paypal reward coming your way.

Cheers, and thank you!
Gavin

Also,
I have some questions about modding Homeworld: Cataclysm.
If anybody could help me edit it so the energy weapons don't look like hundreds of photon torpedoes filling the screen, maybe make them look like plasma bolts or like bullets still, that would be amazing.

I absolutely love Cataclysm but once you upgrade the guns to energy cannons, it looks so ridiculous. Like a late season episode of Deep Space 9.

Not that I dislike DS9, I just really dislike the energy weapons effect. They cut that one out of HW2 and for good reason...

Hi, trying to find GBX tools on Steam with no joy, maybe it's called something else. Anyone know where i can find this please?

What a classic game!
i wish someone or some team would create a mod that is similar to the dawn of war, but it is on the void war... ship to ship battles at space...

but still the home world is one of the BEST RTS game i ever played... :)

Please spread it, so we get a convincing amount of people so THQ will order Relic to work on a HW3

after reading the article on kotaku i reinstalled HW1. Is there any Hi Res Mod at all? I found several Mods to play it on widescreen but i would love a hi res mod =)

Anybody know where i can find a graphics enhancement?

i need help with modding the game
can anyone help me?

As for beating the game a few days after installing this amazing game... Truly one of the best Real Time Strategy of its time, I've never experienced such great literature, such narration of a novel-like story that renders such video game plots and stories of today rubbish. The unique monochrome styled cinematics added a atmosphere and retrospective feel that wants you to see even more. Gameplay was satisfying for a game of its time, though I'd thought it could use some innovations in the Sensors…