Made by Gearbox Software and originally released in 2001 as an add-on to Half-Life, Blue Shift is a return to the Black Mesa Research Facility in which you play as Barney Calhoun, the security guard sidekick who helped Gordon out of so many sticky situations.

I planned to upload the major updates on the mod's page for what's coming in the future, and also, I am publishing video demonstrations of my projects on my new Youtube channel, which you can access here:

Also i'd love some feedback, anyone can give me ideas for the mod and i'd love everyone in the community to have a mod "sending their imagination to the limit", which is the goal. 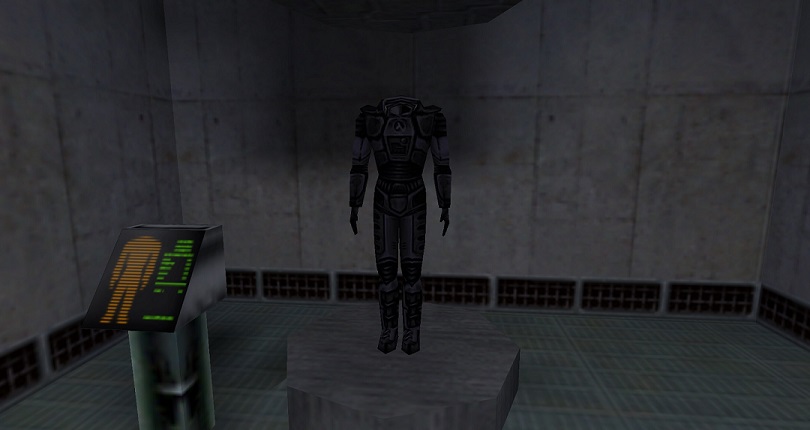 In planning since 2010 and in development for 3+ years, Sandpit v4 has been released to coincide with the 10th anniversary of the first release of Sandpit...

A massive thank you to everyone who played and enjoyed my mod.

Half-Life: Echoes has been released!

After 20 years of enjoying everything that the Half-Life community has had to offer, I am incredibly happy to finally release my own contribution to you...

I can't believe that it is a final release and that this project came this far from ugly buggy proof of concept.

This is the owner's manual to Half-Life:Blue Shift, Scanned into PDF format and was located on Archive.org, This file is not by me and I do not take credit...

Several changes on the weapon and player, medkit values etc.

Half-Life, Opposing Force, and Blue Shift have made it on to modded Nintendo Switch's ✌️😎

Nice but is short and give us small amount of weapons from orignal.But im still love this expansion.And this is only one of HL games who play with HD pack.

Finally, someone fixed player model from Blue Shift, making it look like Barney, not Gordon (and not changing dead HEV scientists skin though)!

i bought the game in the store but won multyplayer wont work help plzz!

Multiplayer is only possible with Blue-Shift Unlocked and Blue-Shift CoOp installed. Made as a stand alone game, it does not working like the other games.

If you say this game sucks you can go die in h3ll.