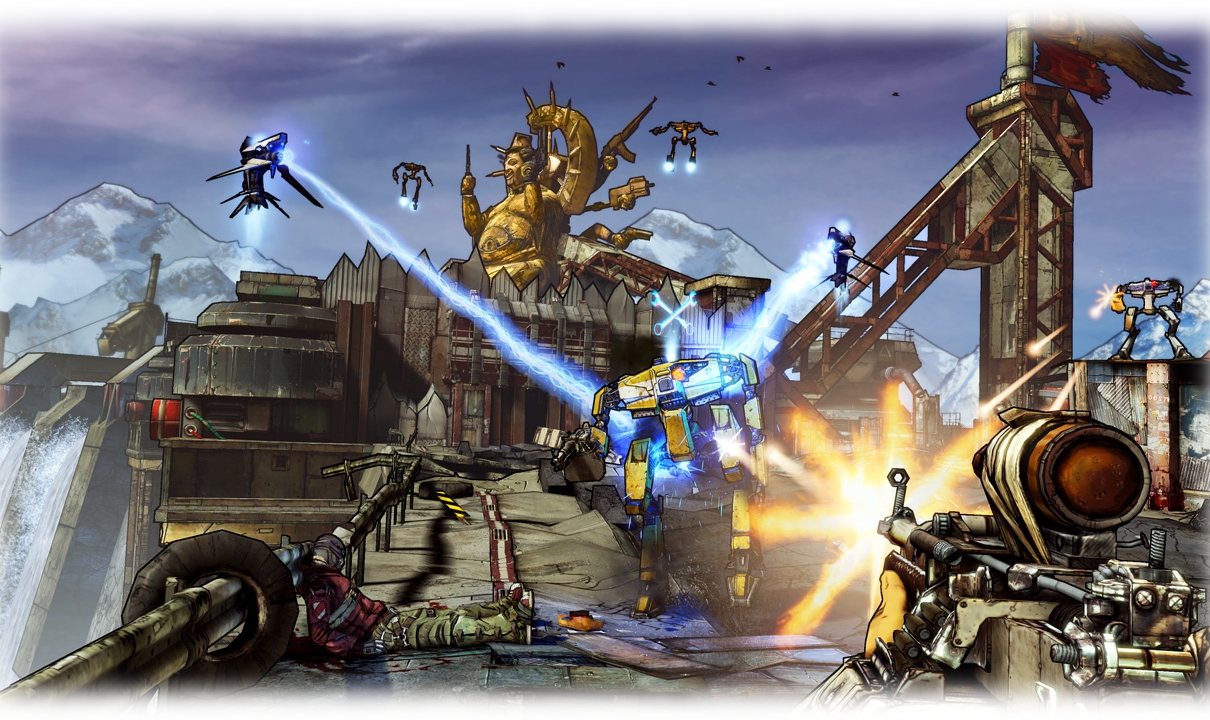 Borderlands 2 was officially announced on August 3rd, 2011. The expected release date is currently set in Take Two's (2k's) fiscal year of 2013, beginning Q2 2012.Gearbox Software will release a sequel sometime in 2012 according to a report from Eurogamer. A source close to the project told the website the game is coming to PC, PS3 and Xbox 360. "Gearbox Software’s co-op lootfest is back with a host of exciting changes to the first game's addictive formula. The September issue of Game Informer contains 12 pages of exclusive details and screenshots from Borderlands 2, and outlines the numerous improvements the developer has in store for your return trip to Pandora. Don’t expect just a couple bazillion more guns this time around. Gearbox is introducing new and more diverse environments, smarter and more powerful enemies, and an improved mission system capable of delivering a better story. This and much more will be revealed in the story, as well as our full month of additional online content." 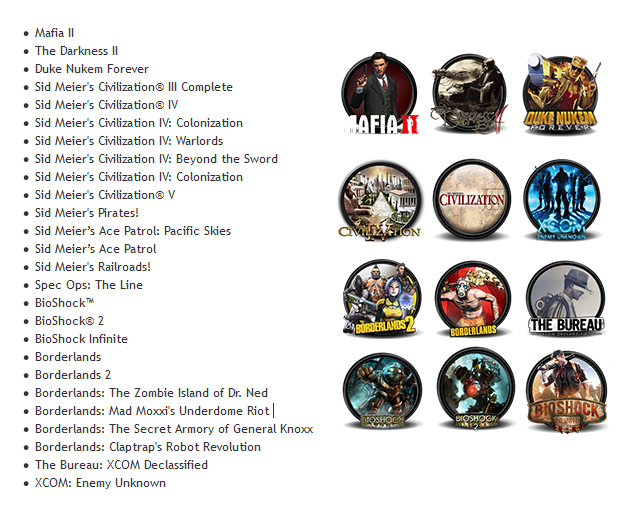 I love that it's launched, it's my first mod. Tell me what you think in the comments!

Meet The New Class Of Borderlands 2: The Gunzerker.

The Gun Peddlers Of Pandora

A massive variety of weapons was one of the primary selling points of the first Borderlands, touted in ad campaigns as featuring “87 bazillion” guns...

This is for Xbox 360 users, it contains the programs you need for save editing

IMPORTANT: THIS IS NOT FOR Xbox 360, THIS PACK IS JUST THE EDITOR YOU ALSO NEED HORIZON This contains only the editor for borderlands 2, you can use it...

Don't you hate playing with a controller but seeing pc controls on screen? Now you can change them to playstation or xbox icons.

Fixes and Improvements! Borderlands Ultimate Mod will get fun new features and support for Borderlands 2 soon!

Hey =) i wonder if this is installable on OSX. I play the game on my Desktop often, but i only move around with my Macbook. Does it install on OSX ?! yet ?! ;)
Also, (and this is just out there) i have had the idea to play the other characters from B1 and BTPS, with their own set of skill-trees. I do lack the IT-knowledge of making that a possibility and i am not saying anything :p i am just saying.

That guest was me. Well, this is my account now xD hey hey

The ability to creat your own borderlands skin would be pretty useful.

waz up! this is super cool

There is a way to edit the textures...
I´ll try to make a new Interface.
Hope it works :)

Do you think there is a way to mod Mayas skin to Angels? I ask because it really ****** me off when they killed her and i want to bring her back. It should just be a simple copy/paste of the skins...right?

Ah it is so fun i even completed the Pirat Booty DLC as Necromancer it was so fun bat the guy you get missions from he gives you the last mission from lvl 50 like Tanis did wen you kill the Warrior.

SAVE EDITOR I WANT IT