Recently, I became a big fan of the games from Half-Life 1 series. So, I want to share my most favorite add-ons, which may be called "Extended packs" for Half-Life and Half-Life: Opposing Force.

This addon contains the maps from Half-Life: Uplink - an official demo made in 1999 - as an additional chapter for Half-Life, which can be reached through the Lambda Reactor Core teleport. So, if you wanted, you can play it!

Also, it includes a "fixed" Barney Calhoun model (with no armor) from Blue Shift and more special NPCs in "c0a0" map (the first map of HL). It's recommended to use original (non-HD) models for playing, but you can run it with High Definition Pack as well - just download the "deadbarney" model from Blue Shift HD Pack.

Another awesome addon from the creator of "Uplink Addon", which adds all cut Xen aliens to the Hydrofauna (of3a4) and Biodome (of4a1, of4a2) research levels of Opposing Force.

Actually, most of these aliens are just "props" which are not hostile to the player, but, anyway, this addon looks better than Half-Secret mod) And yeah, it increases the coolness of OpForce itself! 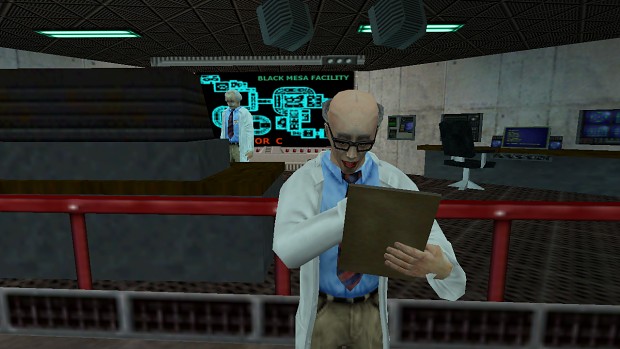 This addon includes the extended version of the first Half-Life Hazard Course map, which was ported from the PlayStation 2 port. It also contains both the original HD-model of a scientist with a clipboard (which is on the picture) and his low-poly version. 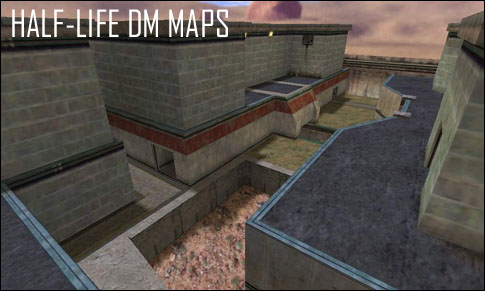 Includes all third-party Deathmatch maps for Half-Life - from Further Data pack, PlayStation 2 port, Dreamcast port (dm_office, which is similar to "Office" from PS2 port) and Half-Life: Alpha (wares_dm - an old version of "Stalkyard").

Also, it contains original/edited player models from FD and PS2 port (+ adapted model of Ivan the Space Biker from Alpha), new spray logos from FD and a special DM map - "Cloister" by Mark Laidlaw and Alles_Ratten. 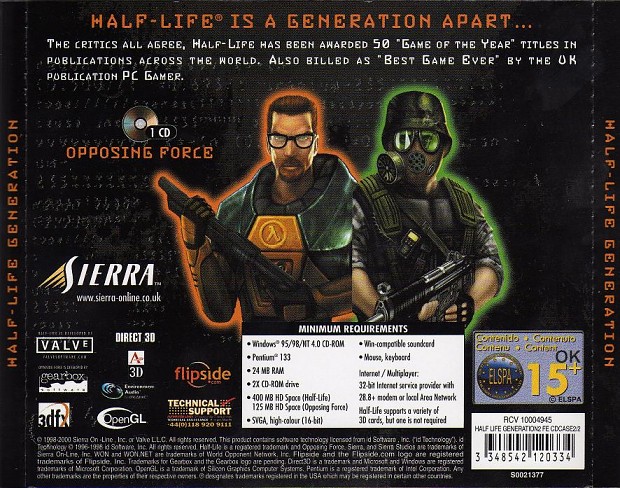 Includes Further Data DM maps (with player models and spray logos as well) and Opposing Force maps which were not included in the Steam release of the game (op4_bounce, op4_frenzy, op4_undertow, op4_subtransit, op4_crossfire). 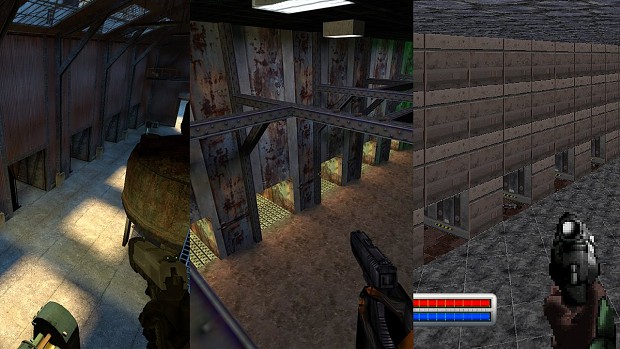 Another "third-party" Half-Life: Deathmatch map which was a remake of "Halls of death" map for Marathon (in the right picture) and, in turn, became "the forerunner" for the official Half-Life 2 DM map "Halls3" (in the left picture).

Includes new high-definition crosshairs for all Half-Life 1 games for the convenient playing on large monitors and, as well, on small mobile screens (Android versions).

We make the awesome mods for SCP: Containment Breach game)

Hey Dmitriy! I just wanna say your a very big inspiration in some of my HD model work and I think you do a very good job with which work you make! Thanks again for inspiration.

I have a small request, is there any chance you can make a Gearbox-style HGrunt replacement for the one Half-Life: Delta?

I'm not sure, since I'm not really interested in this mod.