Top 5 Mods To Play With Friends on ModDB, picking from a number of co-operative (and competitive) mods that are great fun on a weekend with mates!

Hello, folks! Today, we’ve got a very friendly count-down in mind - specifically, the Top 5 Mods to Play With Friends. Whether you’re blasting AI alongside mates or blowing up each other whilst cracking open a cold one, these five mods will fit into your weekend game nights nicely. If you enjoy this countdown, be sure to share and leave a comment down below about what mods you enjoy playing with your friends! 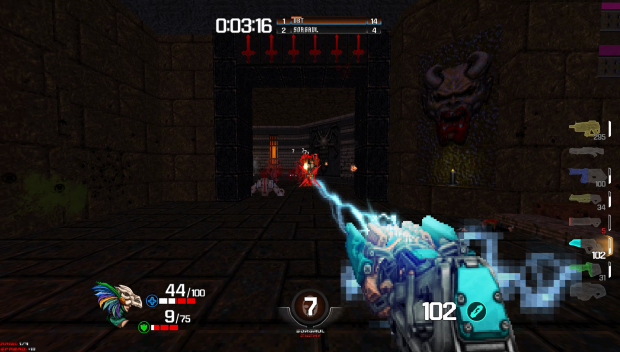 DOOM and Quake are widely regarded as the grandfathers of the “Deathmatch” genre - letting you team up with or against friends in multiplayer arenas with the aim of fragging each other to a set score. Later games in both franchises continued to support deathmatch modes for the most part, and in 2017, Quake Champions was released as a definitive edition of the deathmatch mode established decades prior. Mixing in hero shooter mechanics, the game unfortunately did not meet fan expectations and struggled to maintain the same staying power as its predecessors. Now, the community has created their own homage to Quake’s deathmatch legacy - in the form of a total conversion for its precursor, DOOM!

In this mod, you’ll have the option to pick from a number of heroes across the early days of shooters and the newer retro-inspired releases, from the Doomslayer, to Duke Nukem, to Serious Sam, and even the protagonist from 2018's DUSK. Each hero has unique abilities that make each a very different gameplay experience, and a suite of weapons heavily inspired by Quake Champions help keep the gameplay fresh, fast-paced, and exciting. Bot support and community servers means there’s always somebody to play with, and thanks to the engine fork the mod is based upon, it runs entirely standalone - so you and your friends can simply pick up and play! With just a few players, this mod shines as a remarkably frenetic experience, whether you’re the top fragger or the underdog. 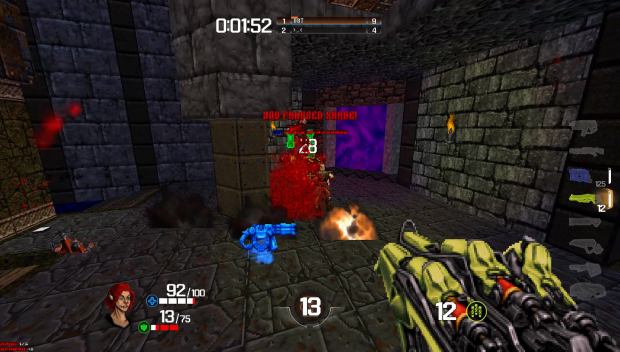 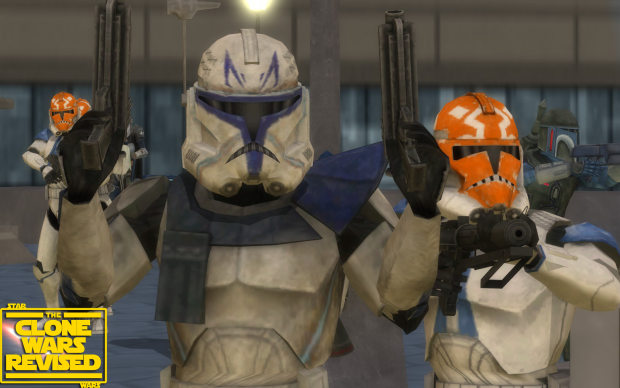 The original Battlefront II is already good fun with friends, but with all the recent updates to the newest game in the franchise, it generally falls to mods to provide reasons to play the classic over the remake. Luckily, this mod has you covered! Taking on the era of the Clone Wars, specifically based on the animated show, this mod adds new factions, gamemodes, and maps, alongside new units, to immerse players in the battles that took place over the course of the show’s seven seasons. There are new classes for every faction, with republic commandos in particular being an exciting new addition! The new faction, the Deathwatch, come into play as a bonus gamemode on some maps that replaces the separatist forces, and also feature in one of the mod's new maps, Mandalore Plaza, made by community member TK432. Mandalorians with elite equipment make up the standard roster, with the mechanically reconstructed Darth Maul heading the assault.

Alternatively, act out the dark final days of the Jedi Order with an Order 66 mode available on multiple maps. New heroes like Ahsoka and Captain Rex, complete with voice lines, unique abilities, and weapons, help sell the experience even further, and against the Shadow Collective, they are flanked by the 332nd company of Clonetroopers. In future updates, the Kamino Guard will join you alongside Shaak Ti in defending the cloning facilities, and lastly, maps traditionally reserved for Original Trilogy play, like Hoth, will also be adapted and altered for them to fit better with the Clone Wars theme. Alone, this mod is already solid - but forming a squad of clones to tackle the Separatist menace is just too good to ignore. 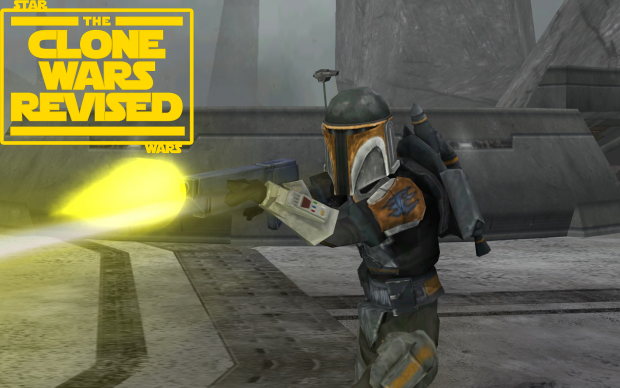 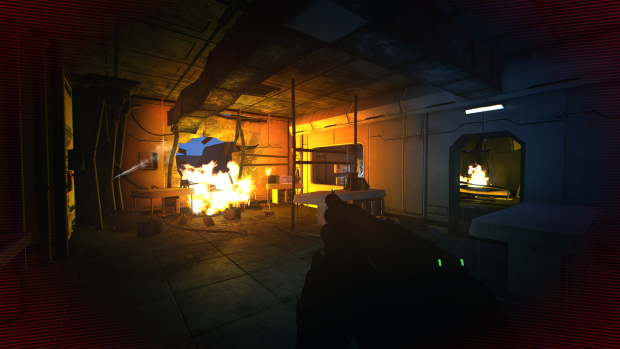 Aliens: Colonial Marines is a title known better for the fallout from its release than the game itself. False advertising and even legal action against the game meant its days were numbered before they even happened, and for many, it was an immediate write-off. However, underneath buggy behaviours, difficult systems and the sub-par story is a reasonable foundation for a fun hardcore co-op shooter, and with this mod, it allows the title to approach the prestige of its marketing material. Vast arrays of changes bring Colonial Marines forwards in almost every department, from AI upscaled and manually remade graphical features, to heavily reworked AI for the Xenomorph aliens and allied Marines, to balance changes for every firearm.

The campaign’s difficulty has been turned up a notch, with the previously trivial Xenomorph hordes now posing a legitimate and vicious threat even in small numbers. Meanwhile, allied AI is more competent, meaning if you’re playing alone, you’re not entirely outclassed. With a friend, however, is when the mod truly shines - for with a squad of human players, the bulk of the difficulty changes are more apparent, especially in the Bug Hunt co-op mode. Colonial Marines on its own might not have deserved your attention - but this mod definitely does. 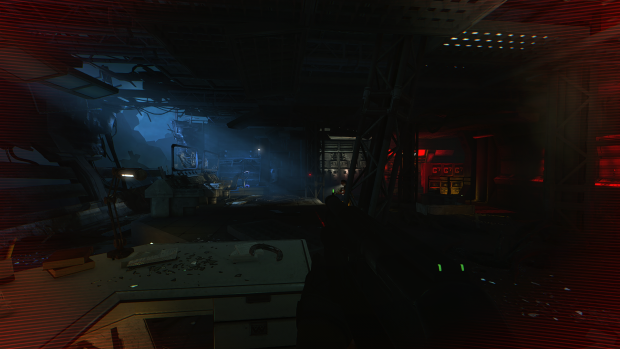 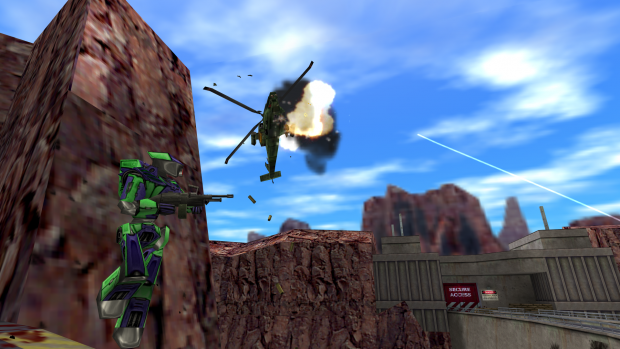 Whilst the original Half-Life shipped with multiplayer deathmatch support built in, its multiplayer component was otherwise limited and lacking in true customizability. Those who wished to play the iconic singleplayer experience with a friend didn’t have to wait long, however, for the classic Sven Co-op mod. Released back in 1999, the mod has since bloomed into a gigantic achievement for the Half-Life modding community, encouraging its own content creators and making the transition onto Steam as a standalone (but free!) experience. There’s hours of chaotic fun to be had barrelling through Half-Life’s built-in campaigns with a group of friends, but the mod really shines when you browse the vast array of community servers available.

From adventure maps with an emphasis on co-operative puzzle solving to competitive deathrun romps, you’ll also get to check out huge war maps against dozens of NPCs where players must fight for every inch. Many servers employ a levelling up system to reward continued play and custom weapons are common, with every new game mode or map offering something new and unique to the player. With compatibility for Opposing Force and Blue Shift, as well as popular community mod projects like Afraid of Monsters, the only limitation on your longevity with this mod is how regularly you can gather friends. The community, however, is active enough even to this day that it’s never difficult to find an interesting server to try out, and it’s still a favourite for Half-Life communities to run game nights in on occasion. Thanks to this mod, you can Run, Think, Shoot, and Live...Together! 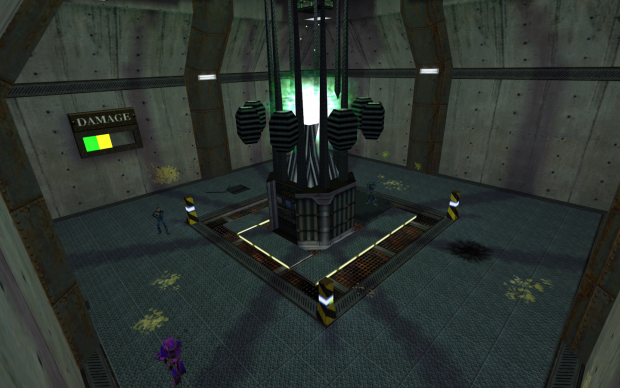 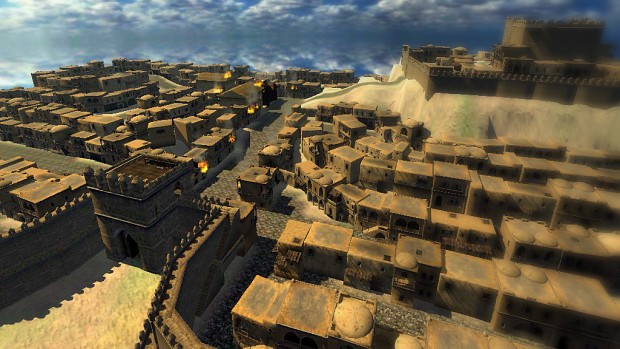 Warband's huge battles are a primary focus of the game, with the ultimate endgame for singleplayer adventures being sieging castles with vast armies of men hundreds strong. The multiplayer component also offers the opportunity for players to join giant sieges on either side, defending a fortification with friends or pushing to conquer it alongside your allies. In both cases, however, there is a distinct lacking in purely co-operative content, and it's here that Full Invasion 2 shines. In either the base mod or its expansion update, Osiris, players will mount the head of a fortification alongside each other, selecting from hundreds of classes and using currency earned from completing waves to upgrade their armaments over time. What might begin as a motley group of archers can turn into a formidable firing line armed with muskets and fortified armour over time, mowing down enemies mounting their siege.

The enemy and player class rosters are not only sourced from the Mount and Blade franchise, but also from other universes such as the Lord of the Rings and Warhammer Fantasy! Classes are deep and each serve their own niche, being split into four categories across the weak but cheap Recruit category, the bog-standard Soldier category, the more formidable Elite category, and the especially strong Heroes category. The latter even have special abilities they can use during the battle to turn the tide of a difficult situation. With community servers that still see regular activity and a sequel designed for Mount & Blade II: Bannerlord in its planning stages, this is the mod to play for groups of friends into a little medieval warfare.

That’s all the mods we have for you and your mates today! All the mods mentioned are linked in the article above, and don't forget to check out the video, too, for gameplay footage of all five mods! If you liked the article, be sure to comment down below what you think some great multiplayer mods are.

okay cool but what if I don't have friends?

That's what bots are for! In all seriousness - Full Invasion 2, QCDE, and Sven Co-op all include community servers you can join to still play with others. Meanwhile, The Clone Wars: Revised has a community Discord as does ACM Overhaul which might help you find players, and both have good support for bots, in any case. ACM Overhaul is worth playing the singleplayer *and* co-operative multiplayer for, so either way, you win :)

The first games that come to my mind to do coop, bots, lan sessions
are the early classics of Call of Duty, Battlefield, Halflife and UT 2004 + BOT Mods.

YOu can play them as Singleplayer as well (MP Bots)

*Battlefield 2* especially. Still growing with new addons. Tons of content in the form of full conversion mods or standalone bits of content that can be used with friends + bots in Co-op.

there are plenty of bot mods out there as well, bot mods for games like cs, sven coop and really any goldsrc mod you can think of, i honestly prefer bots as i dont have internet all of the time

Yooo Clone Wars Revised made it to Numberoo 4 less gooo!

QC:DE community is fairly active: we've got regular friday events organized by the developers and several community events on the other days of the week. All players are welcome, regardless of skill level. If you're new or just unexperienced we've got several veteran players which will gladly walk you through the basics and forward. If you're not interested in PvP action, the main events feature PvE co-op action too, with new mappacks and different monster packs every week

We meet up and set up all this events on our official discord server:https://discord.gg/u4ptaMk