"What Remains" is a Fallout1/2 total conversion based on the FOnline Engine, using assets of Fallout 1/2. It is a singleplayer game and rather focusses on more linear, deep storytelling, then an open sandbox world. The game will take place in the area of the Great Lakes in the postapocalyptical USA, the years which passed after the great war can be counted on a few hands and toes, so one can assume not much time passed since then. It will be a big part of the game to just survive, try to come by, to be part of this harsh world.

So, here it is, the first small essay about where exactly What Remains takes place, and other cool stuff. Some parts the cautios reader already knows, some stuff is new. Everything is still vague enough to don't drop in spoilers by accident.

What Remains will take place in the northeastern region of the former United States of America in the year 2097, precisely in the Midwestern Commonwealth, merged from the states Indiana, Wisconsin, Michigan or Illinois for example. Even though the region might sound familiar to our real life universe, the war has left scars on the actual people living there, the fauna and flora, and the very landscape itself.

Craters as big as cities, former flatland now turned into big ranges rendering the travel impossible, former lakes or rivers either dried out, or with now complete altered courses, all due to the devastating power of the bomb.In prewar days, the Midwestern Commonwealth consisted of many lakes and rivers, so does the postwar area look like. There are many swamps and riversides, it's rainy, but there are also parts where the land completely dried out and turned into a desert.

In the north, you have radioactive snow falling down, you don't want to go there (eventually you must in the game, though). Ash and death is everywhere.You'll meet a lot of new critters, consisting of natural (although perhaps mutated?) animals, as well as human organizations trying to come by.At the start of the game, you'll only find a very inaccurate weathered prewar map, like this here. (*) You'll really want to find someone who can draw you a better one as soon as you can, as the landscape has changed and trusting prewar maps may be a certain death for your character. 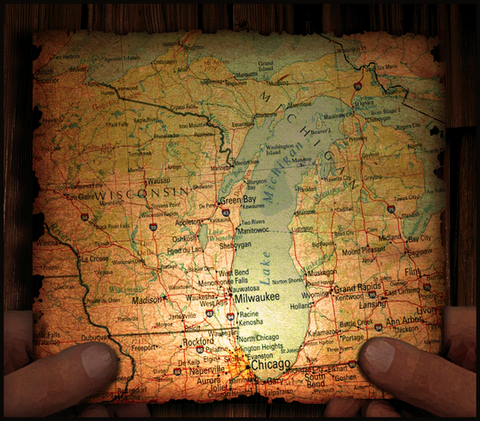 *not the final version

What Remains has gone web 2.0 and feautures profiles on all relevant pages.

where is the mod ?

What remains for this mod?

What ever happened to this mod, I've been checking it since 2012. It looks pretty dead but if anyone know's for sure I would like to know.

Single Player
Tags
Embed Buttons
Link to What Remains by selecting a button and using the embed code provided more...