Fallout is one of the greatest RPG games out there. It's set in the post-nuclear, dangerous world of violence and radiation. The game consists of a very detailed and interesting storyline, tactical turn-based combat, and revolutionary character creation style. You can play Fallout for months, but still it's not boring because of many ways of finishing the game. You can be a bad-ass gangster, or a world-saving hero. This is a must-see for all RPG games fans, and it's undoubtedly one of the best gaming classics. Unique, amazing storyline makes Fallout addicting! The Linux copy uses the classic DOS version.

The Fallout game series are some of the greatest RPG games out there. Set in the post-nuclear, dangerous world of violence and radiation. The game consists of a very detailed and interesting storyline, tactical turn-based combat, and revolutionary character creation style. You can play any of the Fallout games for months and it will keep you coming back for more! Fallout, Fallout 2 and Fallout Tactics are one of the few must-play for all RPG games fans, and it's undoubtedly one of the best gaming classics.

It's the year 2161, 84 years after a two-hour-long war that destroyed most of civilization. Mankind soldiers on, living out a hardscrabble life on the surface or holing up in great Vaults built inside caves. You're a member of Vault 13 somewhere in Southern California, and the Vault Overseer's got a job for you: find a replacement water purification chip within 150 days, or your home is doomed.

Your tribe has survived over ten years of drought but now their reserves are at an end. The village elders have selected you to wear the sacred Vault-suit of your grandsire and travel the perilous Wastes in search of the holy GECK — a mythical piece of pre-collapse technology that can restore the land to bounty. 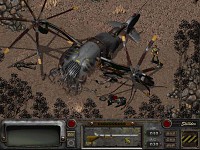 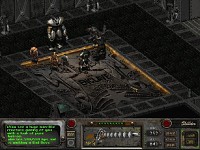 Fallout Tactics: The Brotherhood of Steel

With nuclear apocalypse looming over the world, several vaults were constructed to contain the best and brightest of humanity. By being shielded from the imminent death, the offspring of these people could reclaim and repopulate the Earth. However, before the entire network could be completed, nuclear war broke out. One of the vaults became militaristic and technology-driven. Using their superior weapons, they were able to claim the surrounding wasteland. The members of this vault formed the Brotherhood of Steel, an organization dedicated to unlocking new and better technologies. 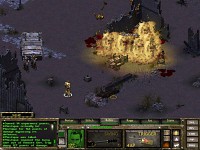 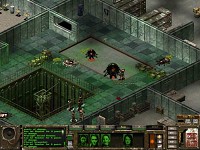 Enjoy Fallout, Fallout 2, Fallout Tactics: Brotherhood of Steel and many other great games on Desura.

Short summary of how the setting will look and feel like and some core feautures/descriptions for the mod.

The same as "Full Custom", but for those with German version. 280 MB to download, up to 700 MB installed (if all options selected). Restores censored...

The full mod. 200 MB to download, up to 540 MB installed (if all options selected). All content is available. Available installation types: Fixes Only...

The "patch". 90 MB to download, up to 150 MB installed (if all options selected). Some new content available. Good for purists. Available installation...

Thy "buy" button is now invitation-only. Why can't we buy this?

A change of publisher following legal wranglings. There's some discussion over on GOG, e.g. Gog.com

I have this on CD and Fall Out 2 which I could just run under WINE but I some how feel like I should buy this just because I hate having to go dig out the CD's. Last time I found a on open divorce present from my last wife. Is it worth paying the money to run under Linux with out WINE? How about Fall Out 2? How about that divorce present it was a stack of psp games like StarOcean and Dungeon Siege. The irony is my psp shot craps long before I opened the present. Ok what's the verdict buy this great game when I already own two or three copies and fall out 2 mind you or risk diging out those same cd's and come across another divorce present (oh I know there is one more in there)? How about Fall Out 2 you got that sick puppy coming out for Linux too?

I have a bug in game, when I find the water chip and finish talking to the overseer my character dissapears and I cant move or do anything, if anyone has had the same problem and fixed it I would like a solution.

He doesn't disappear, he's just on the other side of the map. I had the same problem. Just move your cursor to the bottom left, and you'll find him.

Hmm life in the vault is about to change he said well 1st things i thought of was Amata,Dad,Overseer,....AND RADROACHES!

ya mac sucks for games

Old classic. I played with it first in 2010, but I loved it. I think this game must be the idol of every game. 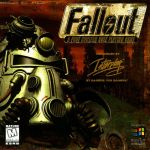