The classic Age of Empires – revived in HD! UPatch HD is the unofficial (HD) patch for Age of Empires: The Rise of Rome, a complete revamp of the original game – with HD resolution, HD quality interface graphics, hundreds of bug fixes, new gameplay options and many other enhancements.

Highlights:
- Support for HD resolutions!
- Interface graphics reworked and enhanced to HD quality!
- The original CD audio soundtrack in mp3, replacing the synthesizer (midi) version.
– Compatible with all modern Windows versions - XP/Vista/7/8/8.1/10.
– Improved game stability and reliability (previously some users were not even able to start the game).
– Save game crashes are fixed.
– Distorted in-game colors (color bugs) are fixed.
– New gameplay options: Random Teams, Random Map Type, Post-Iron Age, Idle Military units hotkey and more!
– New random map types: "Oasis" and "Rivers".
– New HD Launcher - a remake of the original game launcher, now a central place for all settings and the Mod Manager.
– New Mod Manager and modding system – with many new features (like adding civilizations) and proper mods that don't affect the original game installation.
– New UPatch HD settings for Windowed Mode, custom player name, mouse control, language, etc.
– New options for the Scenario Editor.
– Improvements on Random Maps.
– Improvements on the mini map.
– Fixes for computer player ai.
– Fixed technology and civilization bugs and countless other problems that have been plaguing the game since its release.
– Hundreds of other bug fixes.
– Improved balance for units and civilizations, while staying as close to the original gameplay as possible. Balance was adjusted according to user feedback and votes from surveys gathered for 2 years. The Beta got over 23 000 downloads!
– Improved in-game text messages and descriptions, as well as some language translations.
– Support for 7 game languages: English, German, French, Spanish, Portuguese, Italian and Polish.
– No previous patches or external software required, 100% clean and safe setup!

If you like UPatch HD, please consider supporting its development with a small donation. Thank you! 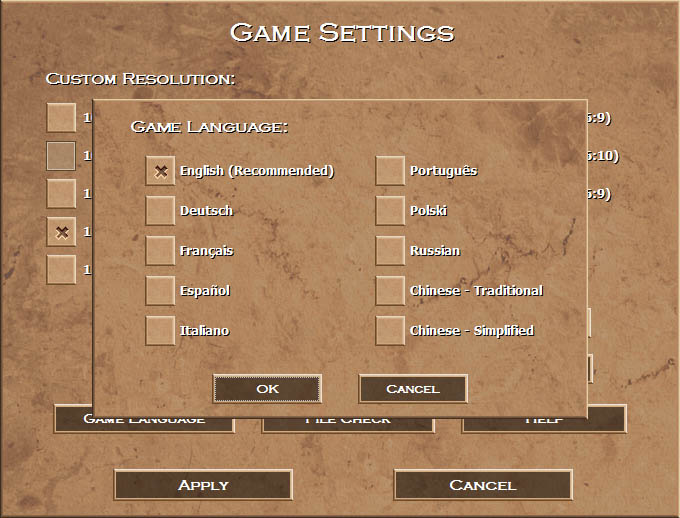 New version released for UPatch HD - the unofficial (HD) patch for "Age of Empires: The Rise of Rome"! The classic Age of Empires - revived in HD! The...

New version released for UPatch HD - the unofficial (HD) patch for "Age of Empires: The Rise of Rome"! The patch offers custom resolutions, hundreds of...

UPatch HD - the unofficial (HD) patch for Age of Empires: The Rise of Rome is almost here! Version 1.1 Final comes with huge number of new features and...

UPatch HD 1.1 Release 4. Please check the requirements on the official site before installing.

Thank you for this patch, but could some one help me with my questions:

1- The music worked in my game but any of the environment sounds did not work e.g. birds sounds or beach sounds, i miss this game so much and i miss everything on it i would love to fix them and work them again easily and than thank you.

My main question is whether there are any that I missed.

Dear Scout, did you create that mod just for a few of us individuals who wanted to prefer as few changes as possible at the expense of game balance? I mean the mod you offer on the web site weebly.

Does anyone know if there is any possible way to make the Upatch HD work with an Age of Empires that is installed in a custom directory and not the official game directory?

I am using a multiseat gaming software called Aster, and I need two separate copies of the game folder on one computer for each of the two users so that it will properly work in multiplayer.

The sheer amount of work that was put into this patch is stunning. This is a perfected AoE1!

Return to the Roots The Settlers II: Veni, Vidi, Vici