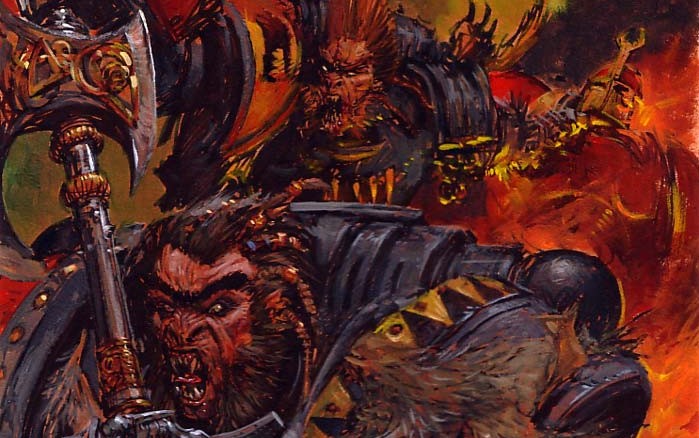 This project was originally part of the Denizens of the Warp initiative headed by both Grimnar42 and Daminator in the mid '00s then handed down to be progressed afterwards by very capable hands which leads us to today's first solid release. Lost to the Warp during the Horus Heresy, the Space Wolves 13th Company has been gone for over 10,000 years only to re-emerge in normal space during Abbadon's 13th Black Crusade.

They are a small group of Space Wolves' marines with very little to no access to vehicles solely rely on their infantry and commanders to carry the day. The 13th are experts at infiltration and guerilla warfare, hence strong use of Smoke Grenades and traps, and call upon the use of the fearsome Wulfen - marines that are as much wolf as man! 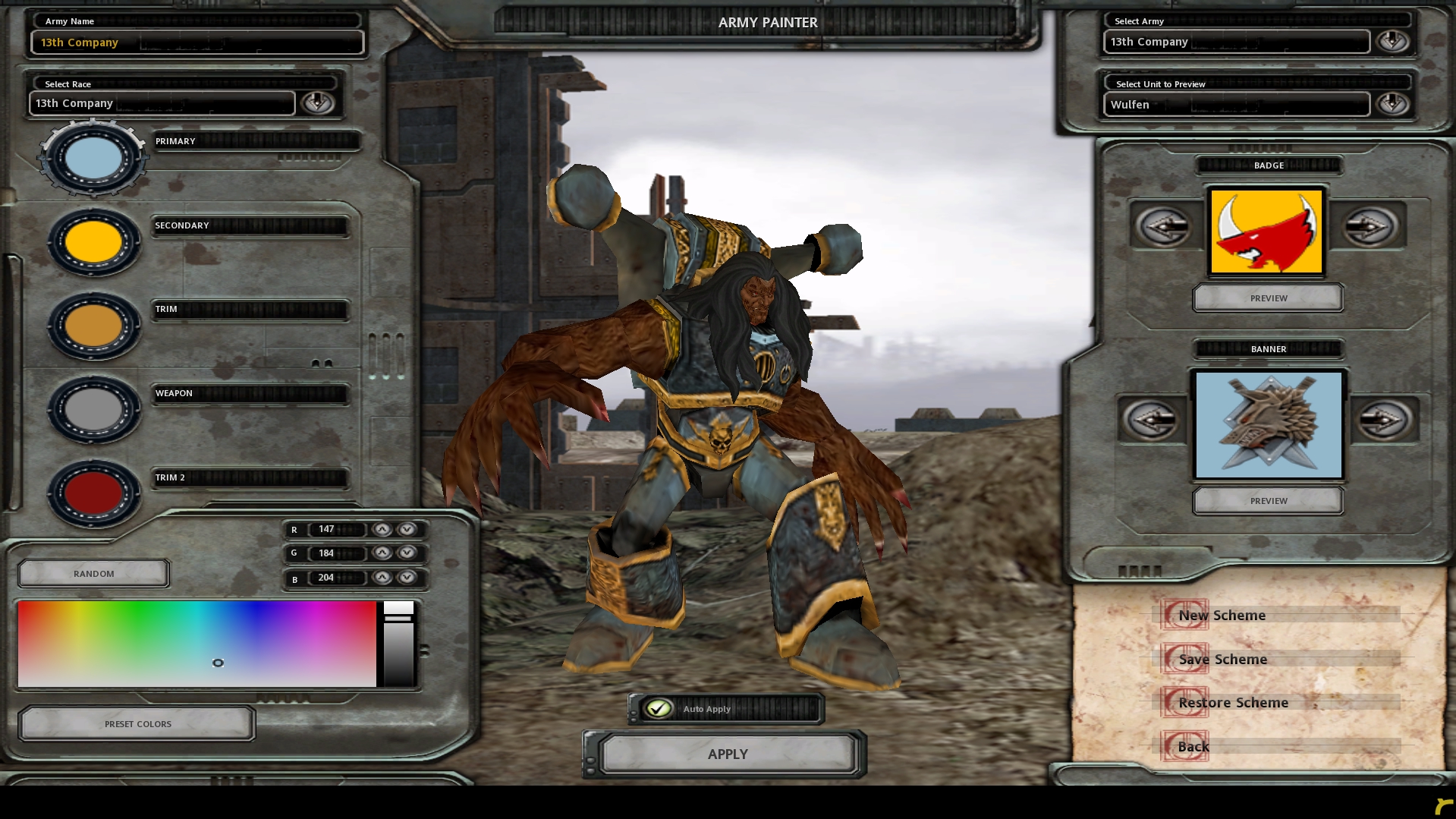 Each combatant is battle-hardened (having struggled in the Warp for aeons) so most are much stronger than standard marines. Working with only what they have, they have a minimal infrastructure to work with but using a Stolen Chaos Gate they are able to make the jump to our space and lay down the most basic structures for use in operating on the battlefield. Use your buildings wisely as only your Barracks and Armoury produce the vital economy you need to stay competitive as capping points are generally only meant to deny the enemy of their use utilizing special charges.

Please note that you will need the Objective Points Mod installed for this to play:

If you have read this far know that this is a fairly small mod by nature of the force restrictions (although it still took an almighty amount of time and effor ) and be aware that there is asomething very big coming down the pipes! We are desperately short of testers...

Models:
These are from Horus Heretic and Whiteshield.
The Ironclad is from FOK
Thanks as ever to Thudmeiser, Gambit, Kekoulis,
Thanks also to Baton_swinging_jesus, Leeroy75 and all the other testers on team thudmeiser.
Thanks to Relic and Iron Lore and the DoW community.

Thanks to anyone I have forgotten, know that it was not on purpose... 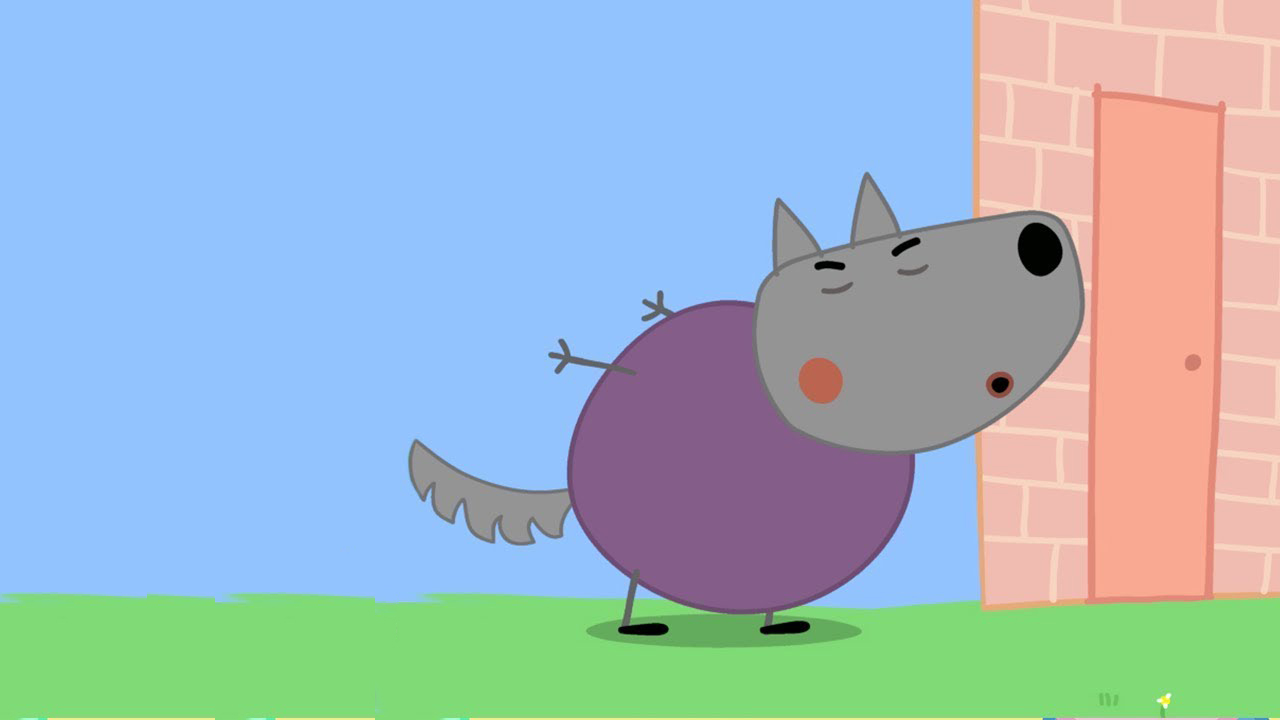 Hello, first of all this is great, i love the models and the faction roster and tech. But i have found a problem, maybe, i said this because the units have small numbers (that's logical lorewise), but my problem is with balance, i think the units need a overall buff, in health, damage, resistence/armour and moral. Maybe i´m wrong (i never balance anything), but in custom games and online with friends, the space wolves infantry, heroes and vehicles died to fast and they don't put out the sufficent dps to be a faction that can figth against other factions and have the posibility to win those fight by themselves.
I say again, maybe i'm wrong, but i wanted to post this here to be able to obtain and answer and clarify my doubts.
Thanks for reading and keep up with the amazing work. For Russ and the Allfather!

They are heavily dependent upon abilities, and we hoped reasonably balanced. What is the exact trouble?

Sorry for stupid question, I don't really get it. Is this mod brings us Heresy mode Space Wolfs?

It is about these guys:
Warhammer40k.fandom.com

hello team this is a great mod are there any plans to give them unique voices?
that would be amazing

As a future patch.

Some people might be put-off by the low number of buildings on offer here, and the simplified tech tree etc, but don't be discouraged guys, I'm really happy with the direction here. More content is always appreciated as well of course. Will there be other releases planned?

Perhaps, but not for a while as we have lots on the go with new projects and patching existing ones. Feedback always appreciated, this is perhaps not the most glamorous mod, but we are fond of it.

thudo So,you say you will make and add YoRHa no.2 type A as Leeman Russ's android waifu in this mod?

And screw you Thudmeizer dev team for not making the mod UA compatible! >:P

UA team won't add it if they haven't mods like BA or ADMECH first.. UA team is extremely selective what they will add.

Kekoulis was just added as one of the core modding team for UA. Derp.

Though this mod would be odd to see integrated into UA unless they bring back Chapter tactics and have this be part of the Space Wolf lineup, which I see as unlikely.

That was long since cleared up off line.

Sarcasm does not always translate well over the faceless Inet. ;)

thudo For the love of God man.I am facepalming hard now...

Notice the red ''Creator'' title I have both on this mod page and on UA.