I have no idea what the average gamer's demographic is, but I'm pretty much that. Gaming for 20 years, modding for 6, I have a bad habit of jumping into bed with a game, modding the hell out of it then moving onto the next game. Hopefully I'll find my perfect partner.
Currently playing (and modding) Dawn of War, Skyrim, Portal 2, Oblivion, Company of Heroes, Doom 3, several iOS games and Solitaire.

Feb 27 2015 Tragicvision Blog
As previously mentioned, the Special Characters all follow a certain role within the campaign and are very much influenced by both Western and Japanese character classes. All characters can be met and recruited throughout Enter Phoenix but depending on how you play the game, their allegiance to you can be loyal, misplaced or even hostile at first. Farseer Celanae is of course the most powerful but using these characters can save you heartache in several sections and make puzzles much easier.
Here's the rundown of the first you meet: 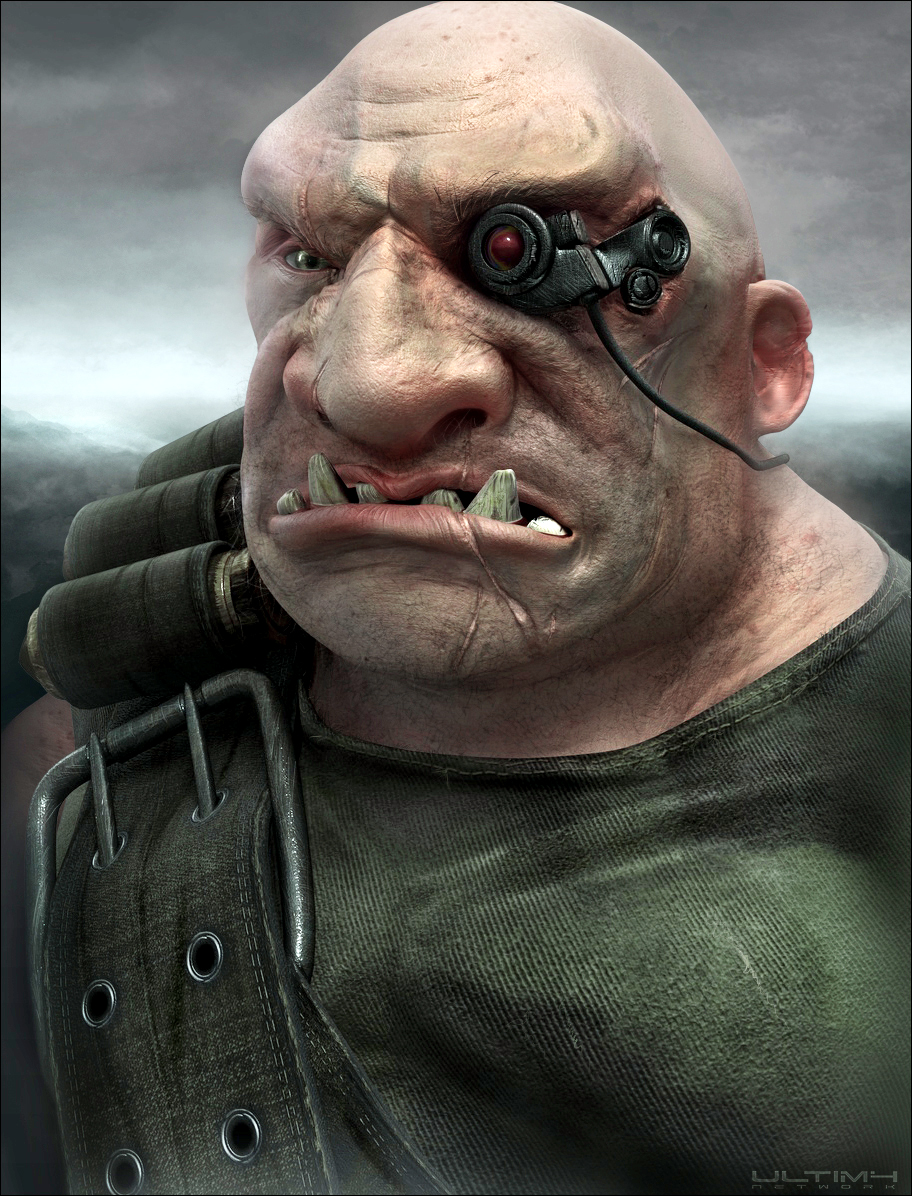 Notice that I have included a 'class' description in each profile. Just as every player has a certain race they are more suited to, just so each of these characters would be more suited. As you're basically 'stuck' with Eldar, my aim is to make their style much more adaptable by introducing characters that are very different from each other.
The Ogryn may seem a surprise to some and some might shout 'FLUFF' but trust me, the story fits. Chud is as close to an 'intellectual' subhuman (but still nowhere near human intelligence) as you can get. A former Bullgryn, the poor soul has been pumped with so many chemicals and genetically modified to at least know which direction to aim his grenade launcher at. Although he doesn't understand exactly what his grenades do, he sees Farseer Celanae as his saviour and is willing to blindly follow orders and tactics to help her in her cause.
And it just gives me a huge excuse to give a Horrorfex grenade AND and Biotox bomb effect grenade to his grenade launcher ;).

Come join a fan group for Dawn of War Soulstorm fans about the game and the great Mods.

This is the group about mysterious Rak`Gol race in Warhammer 40000 universe.

This is a fan group for the Eldar race of Warhammer 40,000. We were once the rulers of this Galaxy, but the hedonism of our own kind led to the great...

The Exodites are the Eldar who abandoned their homeworlds before the Fall, colonizing other planets in order to escape the growing decadence of their...

Created to serve as a focus point for upcoming Dawn of War:Soulstorm mod, War Eternal, I do hope it will not be the only project of this group. For now...

Hello sir! Thank you for joining my Exodite group! ;)