A Universe of Total War

Battlefield 40k is a total conversion of Battlefield 1942 based on Games Workshops table top war-game - Warhammer 40,000. Set in the future, in the year 40,000 AD. Worlds are at war, the Empire heroically battles the forces of evil with devastating results.

Featuring the Space Marines, humanity's strongest and most elite warriors, the Imperium of Man staves off countless threats. Now, fight against the vile forces of Chaos, a cancerous manipulator in the galaxy that has turned even the Emperor's Finest against His own forces. Fight on barren wastelands, sprawling deserts and in shattered cities. Total war!

Battlefield 40k will accurately model the races, the technology and the equipment of future warfare in the 40,000 universe. Featuring wars in distant galaxies and in a host of difficult, unforgiving terrain. Humankind has to struggle for it’s very existence in a universe of total war.

Battlefield 40k will supplement the depiction of brutal future warfare with a host of highly detailed depiction of distant worlds and civilizations. Never before has the future of warfare looked so clear.

Even in the early stages of it’s development the mod has already attracted a small but hardworking team of skilled highly motivated coders, scripters, modelers, skinners, as well as a team of dedicated, enthusiastic Warhammer 40,000 fans. We are keen to generate as much support for this fantastic modification of Battlefield 40k. Already since it’s inauguration on July 28 th 2004. The Leman Russ, The Rhino and the Predator have been modeled and the Leman Russ has been scripted in game along with the Imperial Thunderhawk dropship and the mighty Necron Pylon, a huge laser weapon mounted in a massive rotary pylon hundreds of feet in height.

Battlefield 40k and the Battlefield 40K website are completely unofficial and are no way in any way endorsed by Games Workshop Limited.

In three days time, people who have Battlefield 1942 will get the chance to immerse themselves in the best Warhammer 40k FPS experience since Firewarrior! The mod releases Friday morning. Get ready. 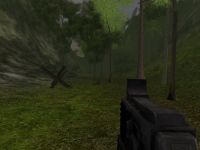 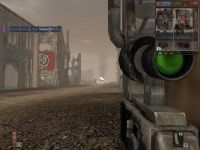 In case you've never heard of it, Battlefield 40k was a mod developed for Battlefield 1942, and made one release, which included the Black Templar...

Some of the members in our forums wanted to carry on the work that we did for battlefield 1942. They teamed up to become the Battlefield 40K:BF1942 Extended...

Those of you who have visited recently will have noticed the site was redirected to this page - Our site on the Mod Database. This was due to some technical...

The website is now active again. Thankfully alan managed to get it to work. Over the past week he had to find a new provider as the old server provider...

every time i try to load a map it crashes to desktop and says BF1942 has stoped working. HELPPPP?

I worked with the extended team a while back to fix up the sp/coop support in the mod, and integrated it into the mod. Just saw this page and thought there might be some interest.

Get the updated version for use with Battlefield 1942: Battlefieldsingleplayer.com

All maps have sp/coop support. Fixes to several vehicles for better AI support. Cleaned up the map list to remove the BF1942 maps.

cant get it to work :( if got the game instled it as said but :(

Ive been crashing,its pretty much the version.Please help with that problem.

great mod. i just wish when there done with bf2 bf40k that they will add on to this and add a lot more maps and the other races in warhammer.

hey dude, im pondering doing a starwars bf 40k mod, an i was wondering if i could use a few models, could u throw me an email. the.grand.unification@gmail.com chears

did this mod work for anyone?

Yes I played with that