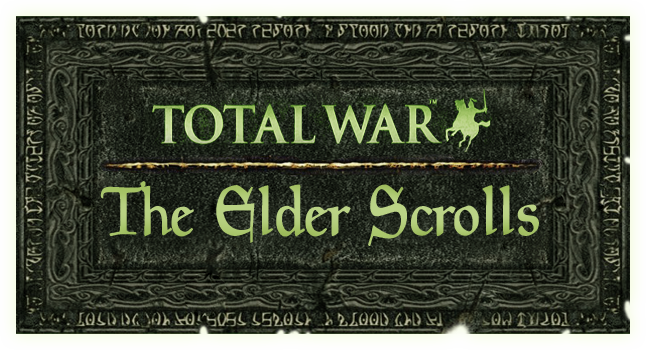 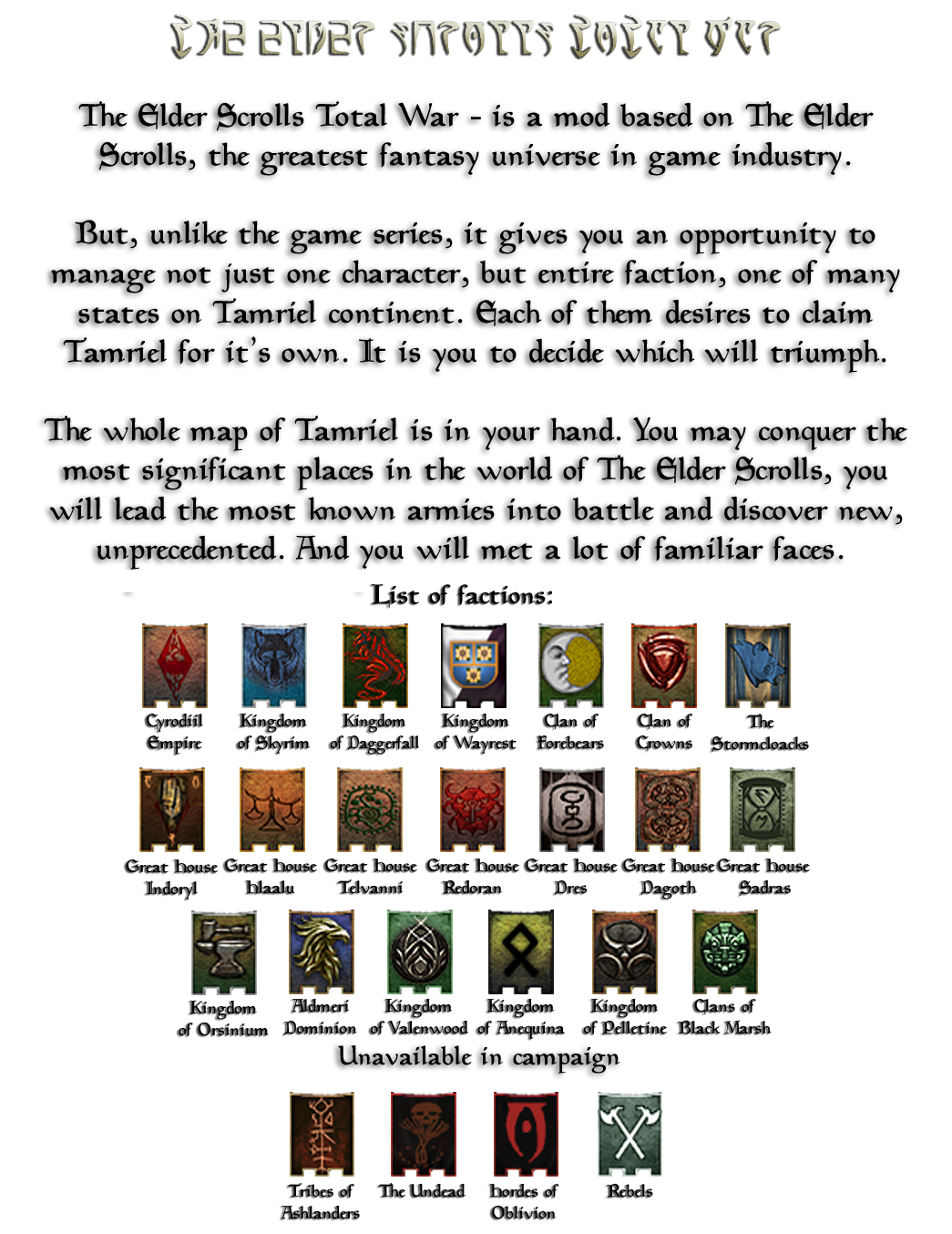 Hey everyone! Last week we briefed you on the development progress of Battle for Tamriel v1.0, and now it's time to talk about the progress of patch 2.0.3 for The Elder Scrolls: Total War. In this version, we decided to pause the introduction of new features and factions into the mod and focus on fixing what has already been done. Therefore, first of all, we will talk about the most important changes in this version - the rebalancing of unit recruitment and the economy on campaign map.

The Empire, Kingdom of Skyrim, Aldmeri Dominion, Stormcloaks, Clans of Black Marsh, and Kingdom of Anequina have undergone the biggest economic changes among factions. The Altmer, Argonians, and Skyrim have mostly slowed down, while the Stormcloaks, Anequina and the Empire have improved at rates of growth, although the results in the campaigns of the Third and Fourth Eras may differ, for example, in the Dominion and the Empire. In many settlements, the starting set of buildings has been changed.

We also rebalanced the cost of units. We have long understood for ourselves that campaigns in the mod suffer from a too fast pace of large armies spawning from the AI and the player, so we decided to play a little with the speed and cost of recruiting units. In general, after the changes we made, the cost of hiring and maintaining most units has increased by about 20%, and mercenaries have become more expensive than standard units by at least 15%. The units of the Fighters Guild and the Blackwood Company will now be extremely unprofitable to maintain in large numbers, at least at first turns, when the faction's economy is still weak. Taking into account the rebalancing of the economy in most factions, this innovation is intended to somewhat slow down the pace of the game and prevent a large number of full armies from appearing in the first twenty to thirty turns. 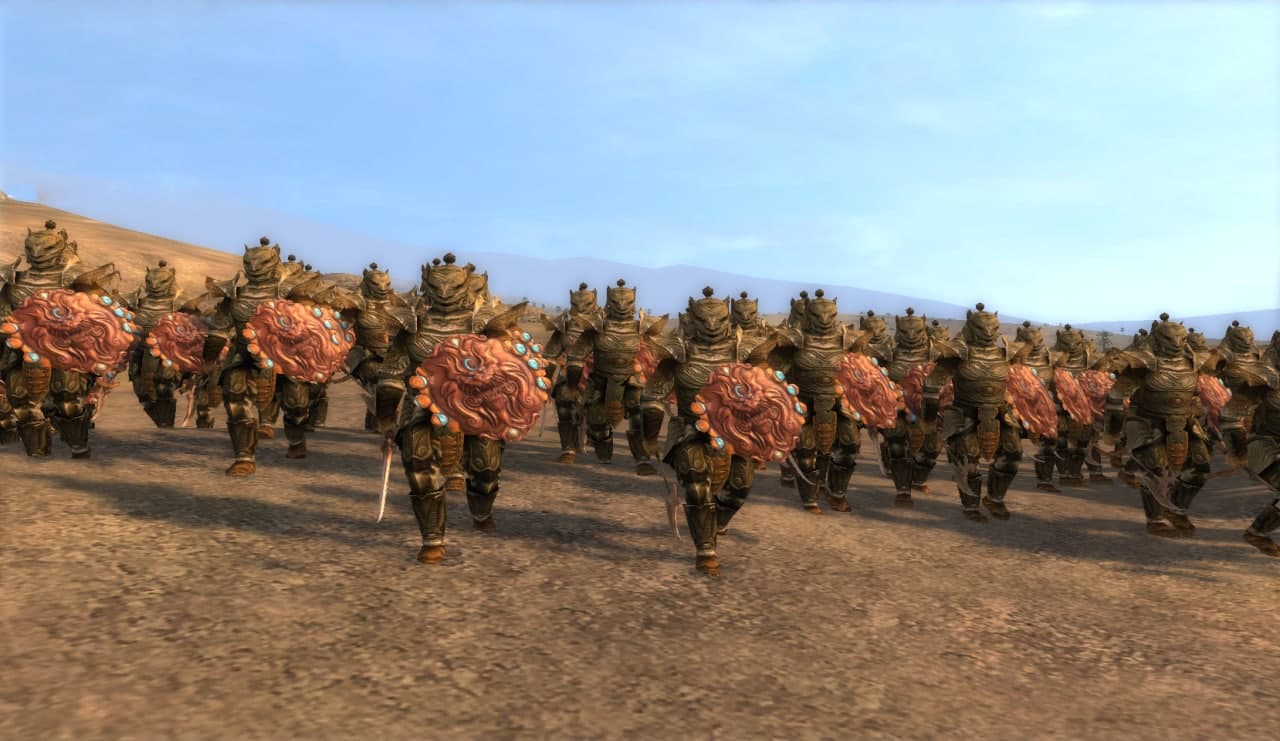 In addition, we have changed the recruitment time of most units, as well as the limit of recruited units of one type in the barracks and the waiting time before the next unit can be recruited. The standard pattern is something like this:

- Where are four levels of most barracks;

- All the weakest units, like any city guard or militia, when they first appear in the barracks (as a rule, in tier 1 barracks) can be recruited every five turns;

- mid-level units, which are usually recruited at the second level of the barracks, can be recruited every seven turns;

- medium-high and high-level units, which usually appear on the third level of the barracks, can be recruited every 10 or 12 turns, depending on the role of the unit;

- elite units like Blades and Companions can be hired every 15-20 turns;

- With each new level of barracks, the time for the next available unit is reduced by a couple of turns. Weak units on the third-fourth level of the barracks can be hired every three turns, medium - every five turns, expensive - every 7-10, instead of 10-12;

- Units of the Fighters Guild and the Blackwood Company can be recruited once every twenty turns, and their recruitment time is three turns.

- Also, we have now increased the recruitment time for most units. Units of the conditional first tier are hired one turn, the second - two turns, the third - three, and the elite - four or five.

This system does not apply thoughtlessly and categorically to all units and can be varied depending on the unit’s role and importance and faction’s overall position in the campaign.

In addition to balance fixes, in 2.0.3 we also decided to include a number of new 3D models for existing units and add two new units, which we wanted to add for a long time since the release of 2.0. We started working on 2.0.3’s visuals just a couple of months ago, so many new models are yet to be done.

The new units will be the last missing knightly orders of the Nine Deities - Maran Knights and the Knights of Kynaran Order. The former will be heavy defensive infantry, while the latter will most likely be cavalry. The Knights of Kynaran are based on ESO's Imperial Champion armor design, although we will make some changes to it to better match the goddess of nature. 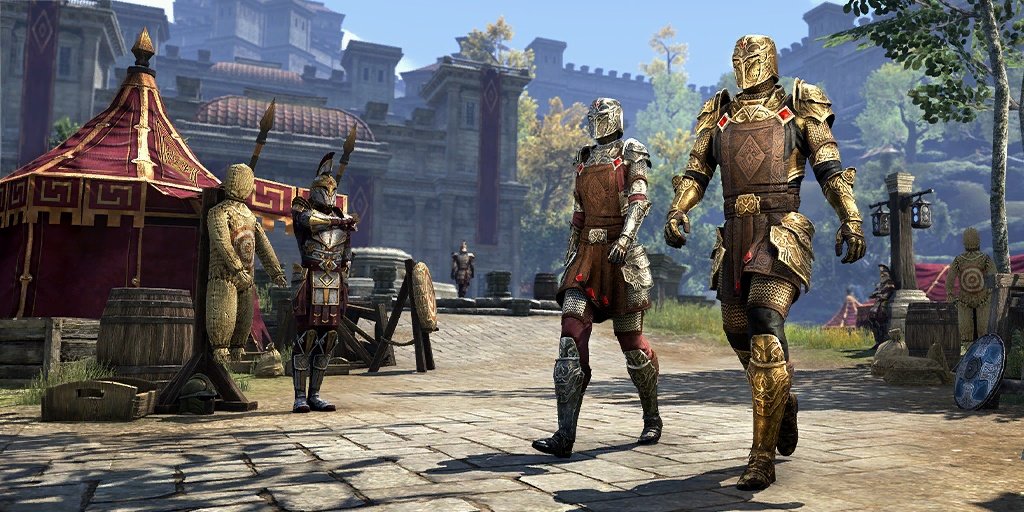 Imperial Champions - their visuals will be used for Kynaran Order

Also, the appearance of the Breton units will undergo minor changes. We have already shown screenshots of the Daggerfall city guard, which we finally redrawn in the classic red-green colors, but this retexture does not limit the changes. First, the Daggerfall Guard models will be slightly improved and given to the Wayrest Guard, which will now be called the Lion Guard. The Daggerfall Guard will receive a new look, based on one of the types of Breton armor from ESO. 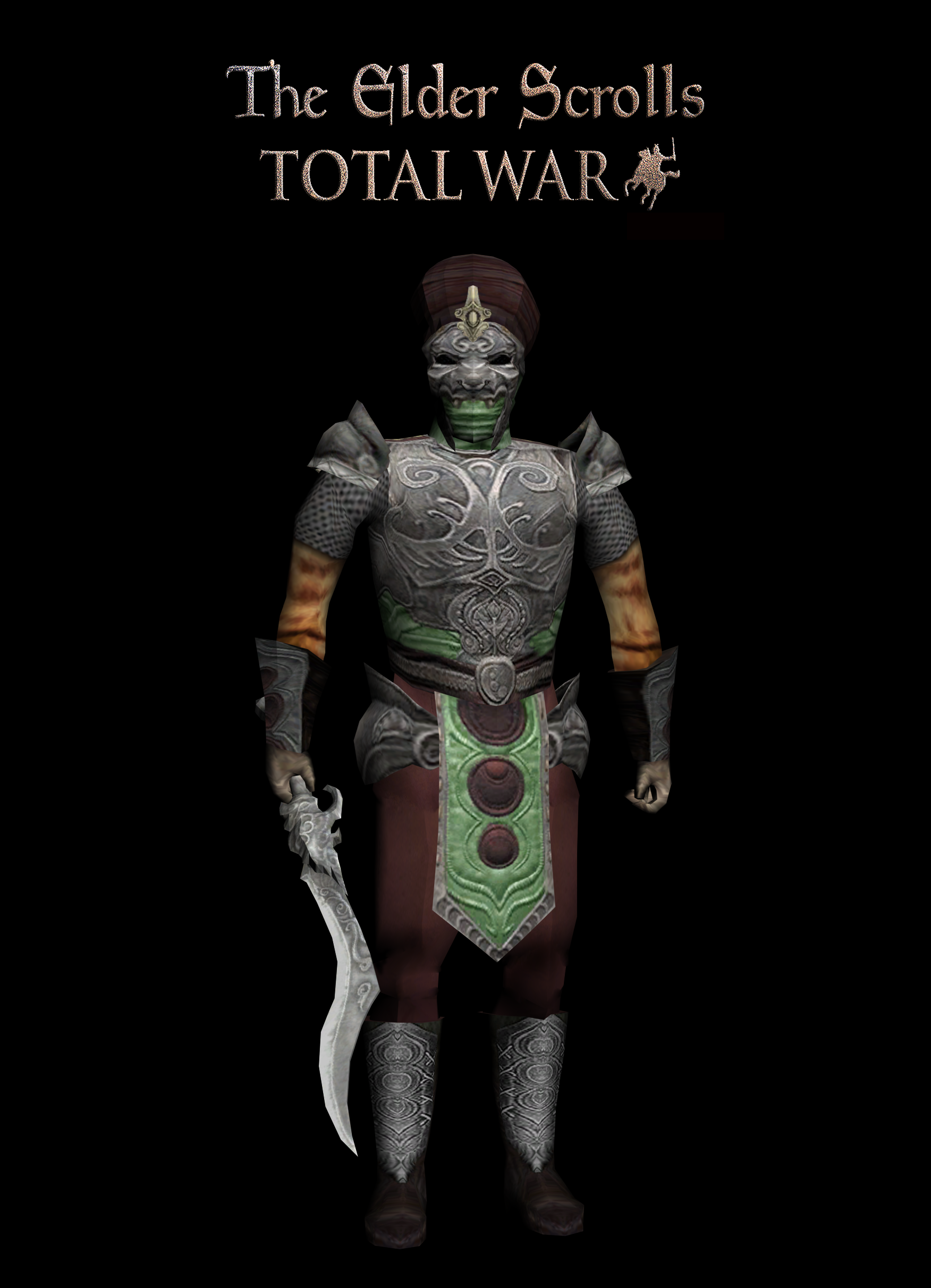 Pellitine's light infantry and cavalry will change into the style of the same name from the same expansion, which we have already implemented in the game. The Suthay-raht spearmen will dress up in a heavy version of the Sunspear style, and the Moon Archers, or as we called them in 2.0.3, the Lunar Champions, will receive the Moongrave Fane style armor from the Scalebreaker expansion.

In addition, LoRdNazguL is also working right now to implement a new tactical architecture for Elsweyr, which we hope to showcase early this year.

In addition to these major changes, the new patch also introduces minor UI and in-game text fixes, as well as, importantly, changes to campaign scripts that are designed to optimize money support for AI and the notorious garrison script. Implementation of these changes became possible thanks to our comrade Jadli, the author of Unofficial Patch for TES:TW, who found much more elegant ways to implement these features, for which we are immensely grateful to him.

That's all for now! Stay tuned, cause after the release of 2.0.3 we will start developing version 2.1 - the last content update for the mod. So where is still something to Reach for us…

The Elder Scrolls: Total War 2.0.2 The King and the Crusader - Out now!

The Elder Scrolls: Total War 2.0.2 has been officially released!

The Elder Scrolls: Total War 2.0.2 The King and the Crusader - Release Date Announcement

On sixth anniversary of TES:TW we decided to reveal release date of our next big update.

Some info on 2.0.2, some new content on the mod and plans for future.

The Elder Scrolls: Total War 2.0.2 The King and the Crusader

New patch with some essential fixes in it. Read the full description

THE HOTFIX FOR THE LATEST FULL VERSION. READ THE DESCRIPTION PLEASE!!!!!!

The 4gb patch found in the Warhammer: BotET-mod - it's required for TES:TW to work. Patch your kingdoms.exe, and only do it once. It will make all heavy...

If you missing forests on campaign map, this fix should help you to solve this problem. Just drag "The_Elder_Scrolls_1.6" folder from archive into you...

Elder Scrolls Total War is like the Vanilla game where men die too quickly in battle, can you please release a submod that corrects this? I wanted to get this mod but after seeing it doesn't have that like THERA has it makes me not wanna play it.

This will forever remain my favorite mod for MTW2. Out of all of the mods I've played for medieval (I pretty much played all of them), this is the only one I consistently come back to. I might buy Battle of Middle Earth II just to play the mod you guys are developing for that game too. I remember it being a ton of fun on its own, but I'm not as interested in LoTR as I am with TES

A Skyrim Civil war Specific Campaign.
The map is only Skyrim just like how it is on the main map just add a few smaller regions such as Shors Stone, Haljarken, Mistwatch, Red Eagle Tower
The Western side of Skyrim is the Imperial Faction Under General Tullius.
And the East had no change and still under Ulfric.
Add Foresworn Faction starting with Fort Suns Guard and Red Eagle Tower.
Last Faction being the Orcs which remains the same in the current Skyrim Locations.

There actually was a submod in developement for this... but all lost to time now...

Hello! Loving the mod so far, but I do have several ideas.
I edited the building files to give off passive income, just like in the DAC mod, so if you want to check it out, do let me know!
Also I think it would be nice to add more resources across the map.
And maybe change the map icons for resources, to take them from the DAC mod, as they have great models that really look amazing on the campaign map.
If you need my help or anything, do let me know

hello , bought m2tw on steam and i can't really get to install the mod. Anyone that can help me out ?
Thanks for your time ^^

Pretty easy, extract the " The_Elder_Scrolls " folder into the "mods" folder in the M2TW folder, that's it. Also don't forget to use the LargeAdressAware program on the M2TW executables

Hey, I tried downloading the mod as in the instruction but I'm keep getting an error saying something like the medieval 2 came across unspecified error and will now exit. Could someone please explain this error and tell me how to fix it?

Probably a dumb question, but how hard would it be to port this mod to Rome Remastered?

They're better off holding fire until Medieval II Remastered arrives.

An amazing, perfect project, with over 3 years of development, it fascinating and excellent, I recommend everyone to play it and try it out!