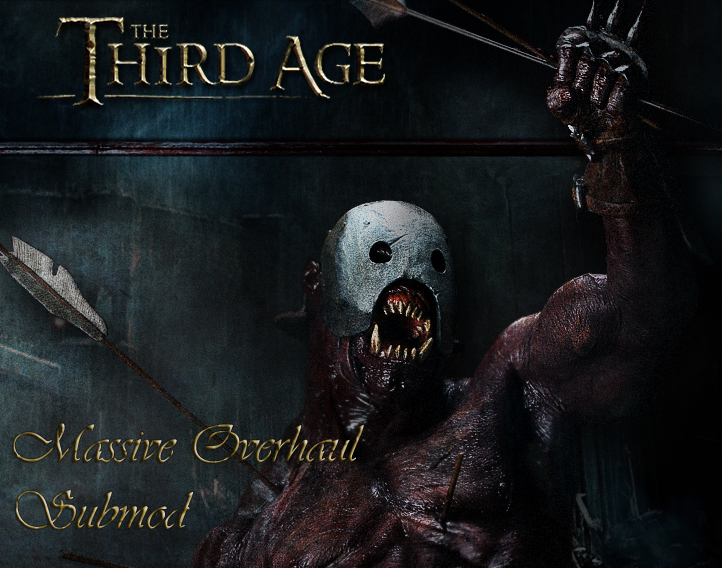 Due to various real life happenings, the MOS team is currently unable to work on developing the mod. At this point we don't know when or if we can get back to doing so.

We will try to keep some support going however and may add some new content here, thanks to the work of other modders who made their own submods for MOS 1.7. This is exactly what we are doing now.

Before telling you about what we added, here are two action shots from a MOS custom battle, recreating the first battle of the Fords of Isen where the forces of Isengard killed Théodred the son of King Théoden. Click on them and see them in HD and their original size if you can 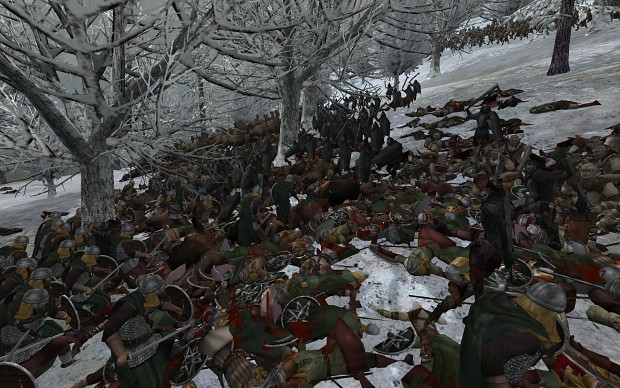 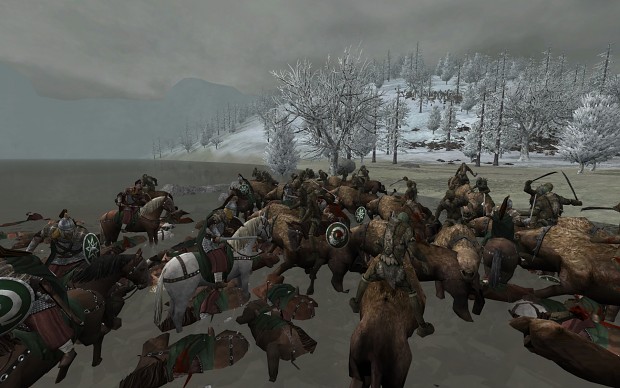 The "Marka" barded horses for Gondor submod for MOS 1.7 by Roma_Victrix

This mod will change the look of many of the horse units from the Gondor faction. How does that look? Well, this example will show you. For more pictures and install instructions go to the download page of this mod: Moddb.com 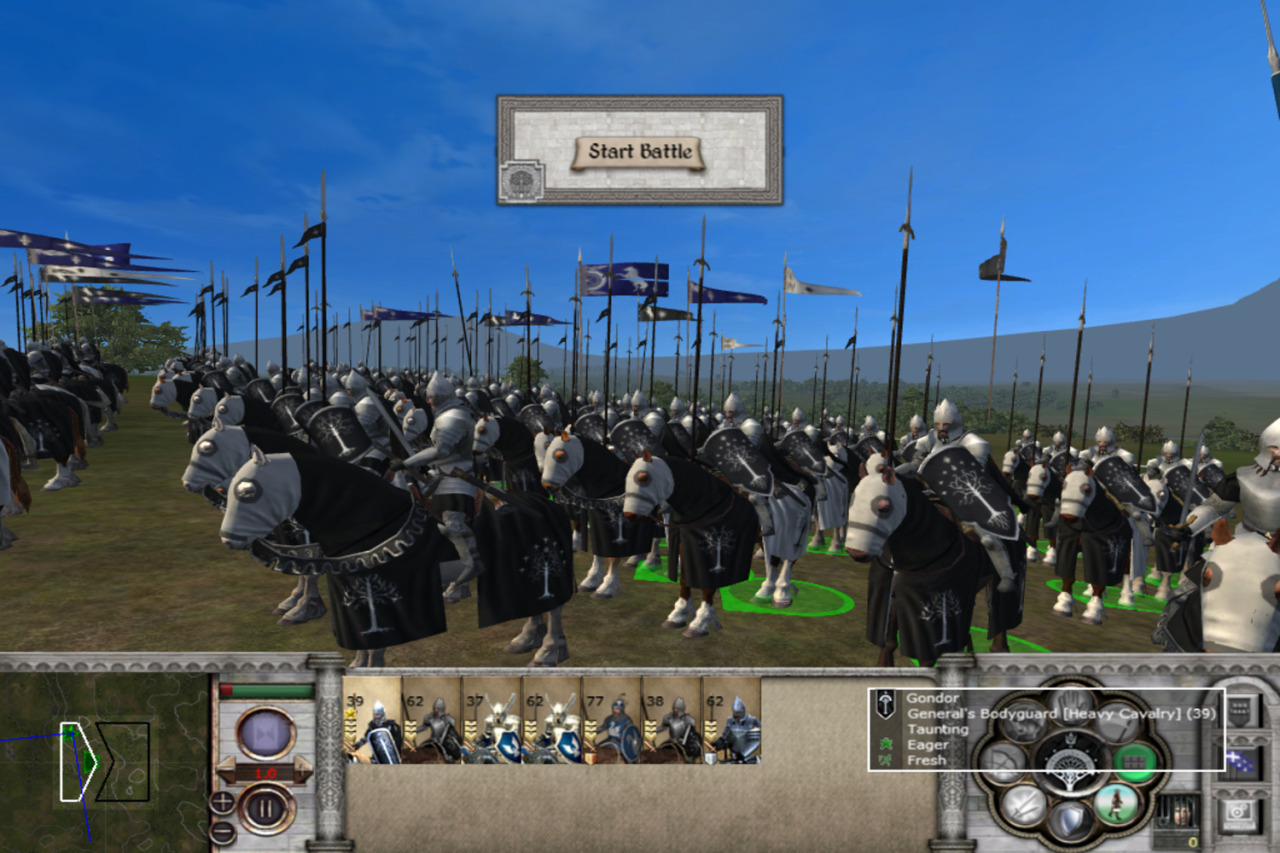 The aim of this mod is to introduce the Dwarf armour we know from the Hobbit movies to MOS 1.7. As a picture tells more than a thousand words, we will use one to give you an idea of how that looks. Further info and instructions can be found on the mod's download page: Moddb.com 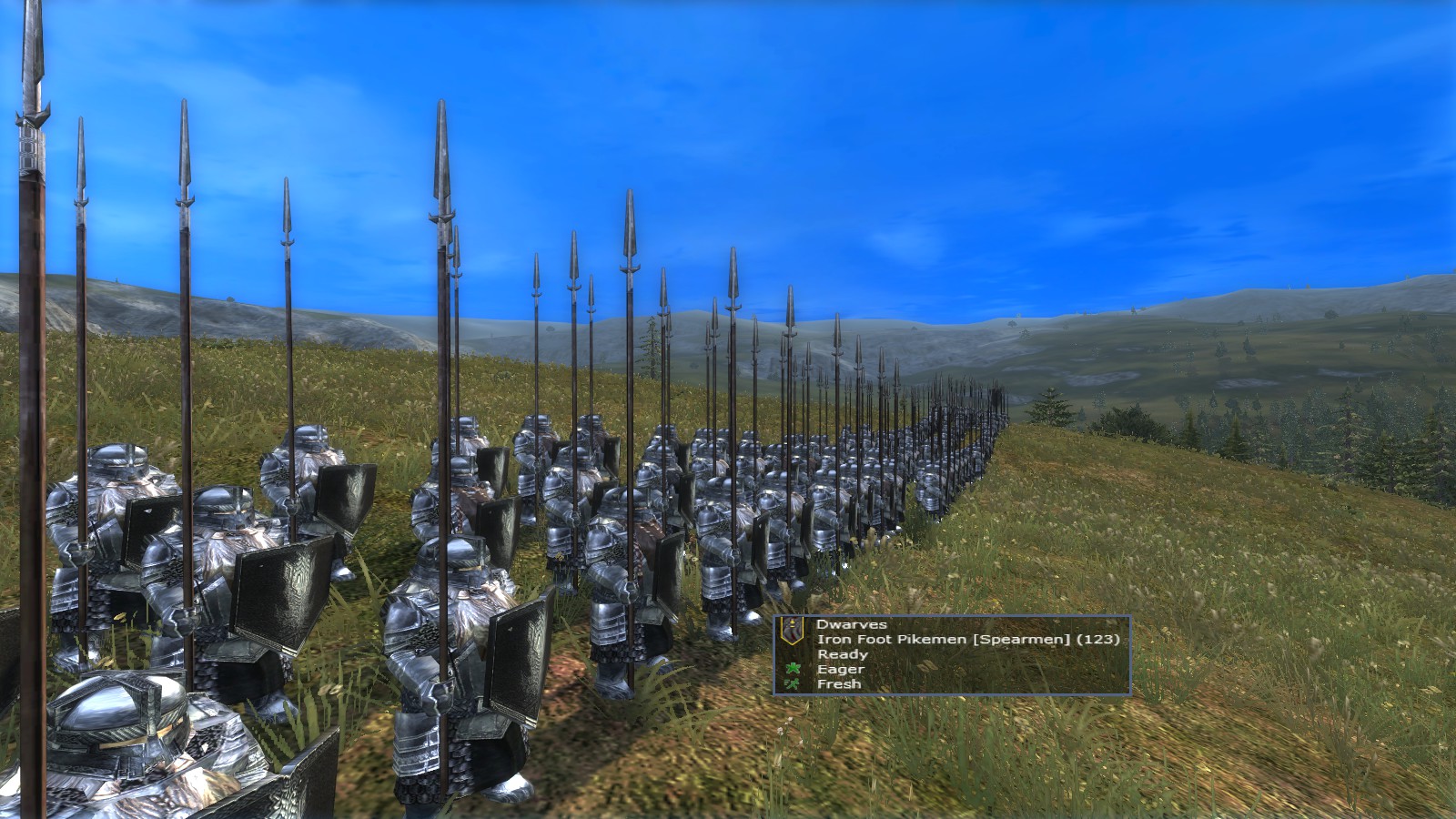 As many of you probably know, these mods have been hosted on our download page for some time now. For those of you who don't know about them, it is definitely worthwhile to check them out. These huge mods change a lot of things, too much to tell about here really. So check them out here: Moddb.com and here: Moddb.com

Remember that all the mods listed here are not made by the "official" MOS team. We will not provide support for them, but are quite happy to be able to present them here. After all, more choice on how your game will look, sound and play is always good.

Note: The mods listed here are most likely not compatible with each other. It is not recommended to install more than one of them at the same time.

There are 2 patch files that need to be installed after MOS 1.7 itself has been installed. Patch 01-04 and Patch 05. These patches contain some new content...

We have released the second patch for MOS 1.70. Besides fixing some more bugs, it also adds some new content.

We are happy to announce that MOS 1.70 has been released. You can download the mod from the Moddb download section. The two files you need are MOS Full...

The Unite the Clans script

This is a little preview of one of the scripts that MOS is famous for. It is the Unite the Clans script which is a new addition to our mod. The script...

This is part 1 of 2 of the new Installer files for MOS 1.7. This installer includes all the files necessary to install MOS 1.7. Installing the 'All inclusive...

This is part 2 of 2 of the new Installer files for MOS 1.7. This installer includes all the files necessary to install MOS 1.7. Installing the 'All inclusive...

This is a package that contains the patches with which you can switch between Silver and Gold armour for the High elves and Lothlorién elves factions...

What we have here is a simple miniature submod for TATW MOS v. 1.7. In addition to very aesthetically pleasing barded "marka" horses for several cavalry...

Do I need to download The Third Age or does this mod come with it?

Hi, got the quest from Imladris to destroy the Ring. Took the general who has the ring to Mt. Doom and waited for numerous turns. Nothing happens. Not even the red arrow shows on MT. Doom. Any idea what is wrong? Thank you.

I updated my tutorial video for the new version. Enjoy.

somebody has! some patch for the forest elves for this version bone armor that look like in the hobbit.

So I have a question.
Im playing 1.6.2 free peoples of eriador and the game just noticed me that the balrog has awakened. Now my question is how do I kill it, so that I can get gandalf thé white.

Ps i have immortal héros on.

The MOS team has seized development of this mod about 4 years ago. I keep the files available here and on TWcenter as a courtesy to those that still play MOS and occasionally respond to a comment. However, that's about it, nothing will change about the install file and frankly, very few people have been complaining about the current install procedure.

Nah I've got to agree with Svar here - instructions aren't very clear for installation, plus the patches apparently have been deleted. I might not be looking hard enough, but then, I shouldn't have to look hard for something that's being offered to begin with, even if it was something that was made half a decade ago.

I have spent a lifetime prone to flights of fantasy within the grand realms and stories that J.R.R. Tolkien created for us long ago. Unfortunately, I have spent nearly as long being disappointed with the soul and direction that game studios have tackled the dilemma of bringing his worlds to life with. And so, and I say this without hesitation, this work done to create this submod (and the incredible foundation laid before it) is the grandest and most satisfying recreation of Tolkien's world since…