Have you ever dreamed of being able to play as an iconic Warcraft faction like , for example, Kingdom of Stromgarde or Warsong Clan?

Blizzard gave us incredible opportunity to have a solid taste of the possibilty with their Heroes of the Storm game, but what if the ability to do so would expand to RTS genre?

For all the fans of all Blizzards Universes, we are proud to present an RTS game with playable iconic factions from Warcraft 1. 2. 3, WoW, Starcraft 1.2 and Diablo 1,2,3....and all of it with completely custom art, game systems and features added to the mix!

StormCraft Armies: Rise of Strom is a total conversion mod project, developed on StarCraft 2 Engine. The mod itself is an RTS game, with different factions from Warcraft, Starcraft and Diablo lore.

The biggest StormCraft Armies update is finally here and the wait is over! The update features a new playable faction from the Warcraft universe - The Amani Tribe. 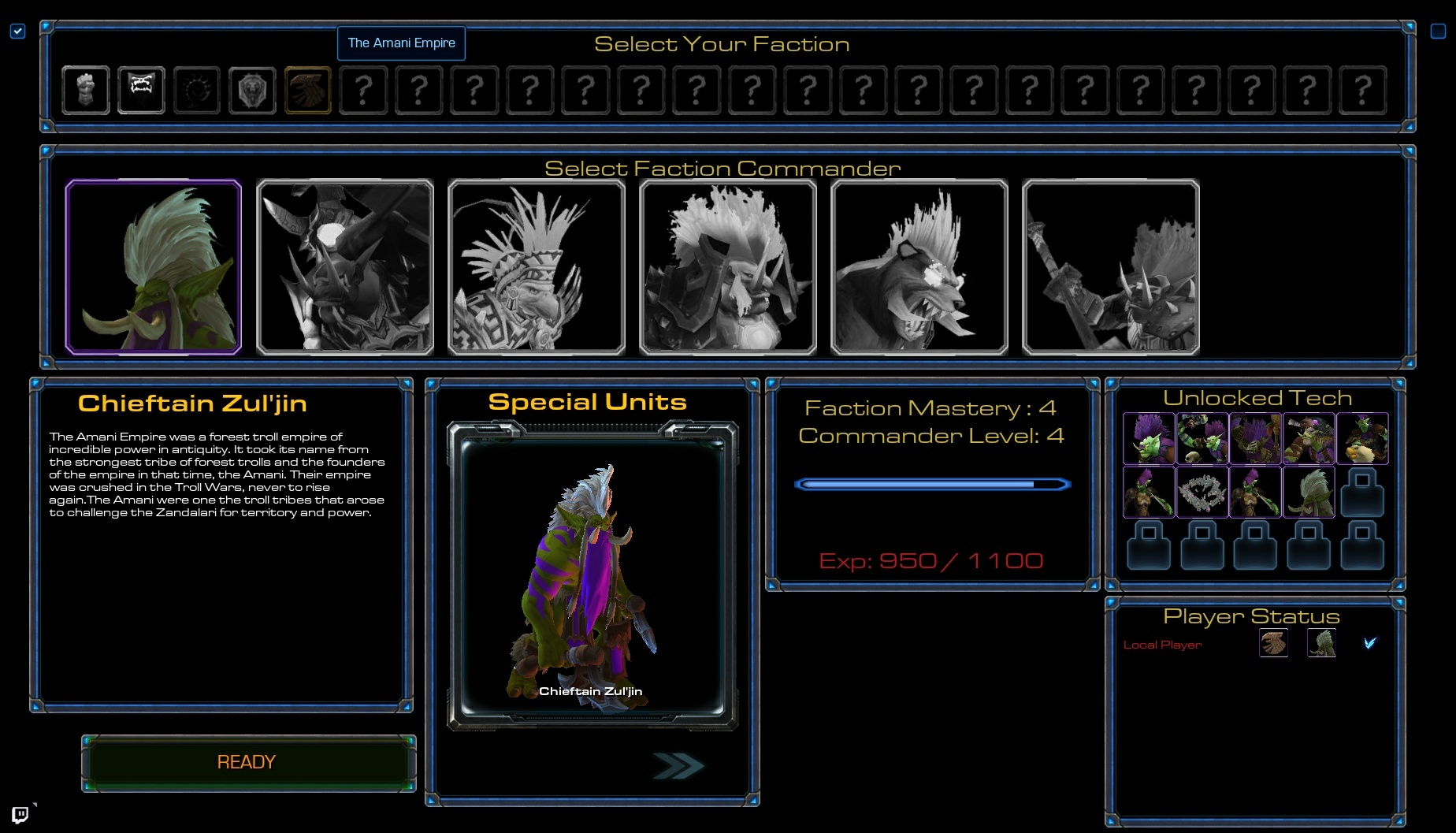 Also, the subfaction system has been revamped and replaced with a new Commander system! If you are familiar with Starcraft 2's official Co-Op mode (Allied Commanders) - you might know what to expect from the basics of the feature. In SCA, however, there are a few differences:

* At the start of the game you select your faction. Each faction has 6 Core units. These Core units are shared among all the Commanders of the selected faction.

* After selecting the faction you can select the commander. Each Commander has access to either 3 special units, which are unique to that commander or 1 special unit and 1 Hero unit (depending on the selected Commander) 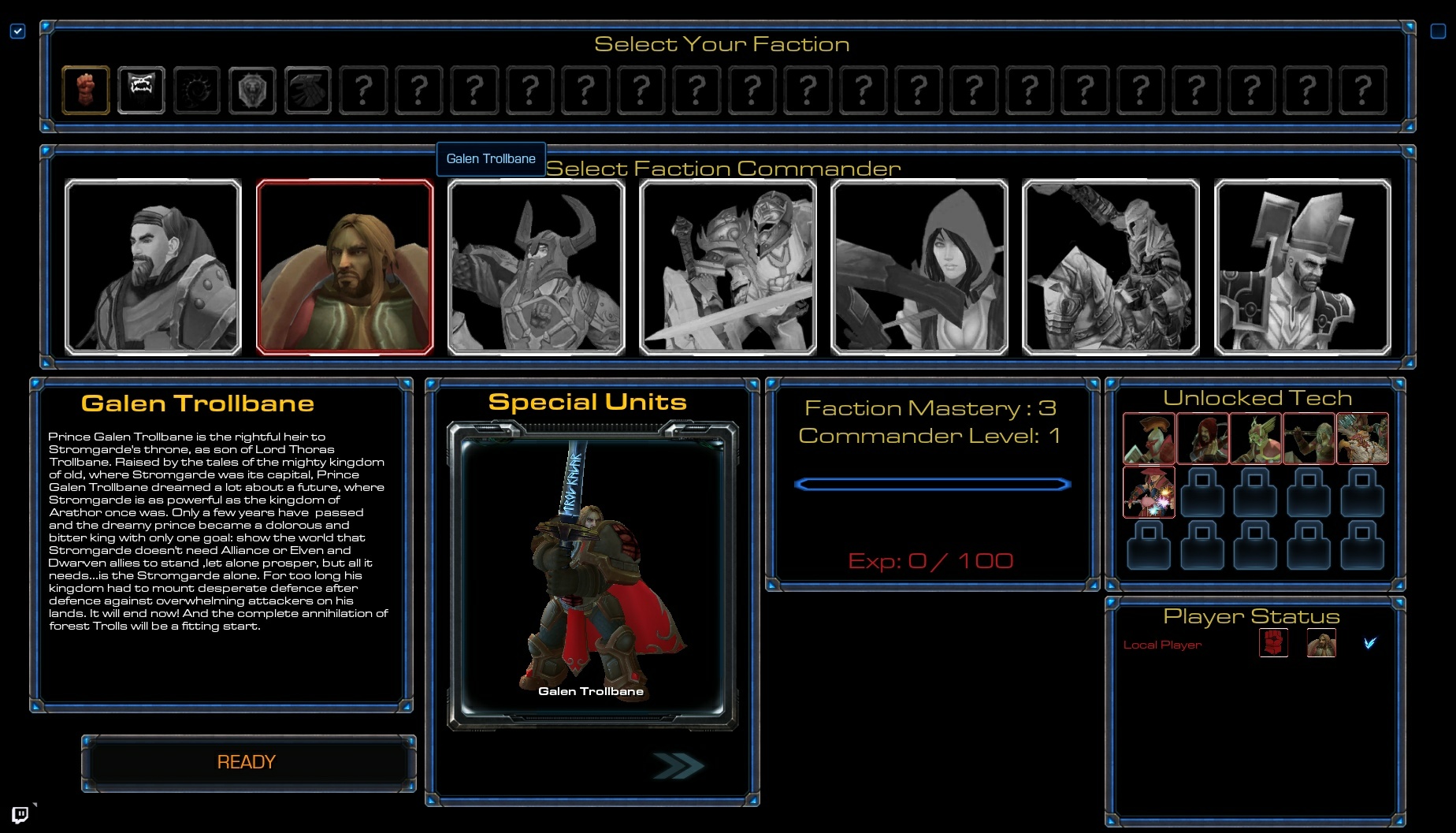 * The starting commander for each faction is the most famous character within the faction. I.e. first commander for Warsong Clan is Grommash Hellscream, for Undead of Khanduras - King Leoric, for Amani Tribe - Chieftain Zul'jin.

* The rest of the commanders are unlocked by playing the game with the specific faction.
After each game you accumulate experience and gain levels with the selected commander. Next time you play the game you will notice that your commander will have a higher level and unlock new tech - new units, new upgrades, new abilities etc.

To unlock more commanders - gain enough Mastery points with the Faction of your choice! 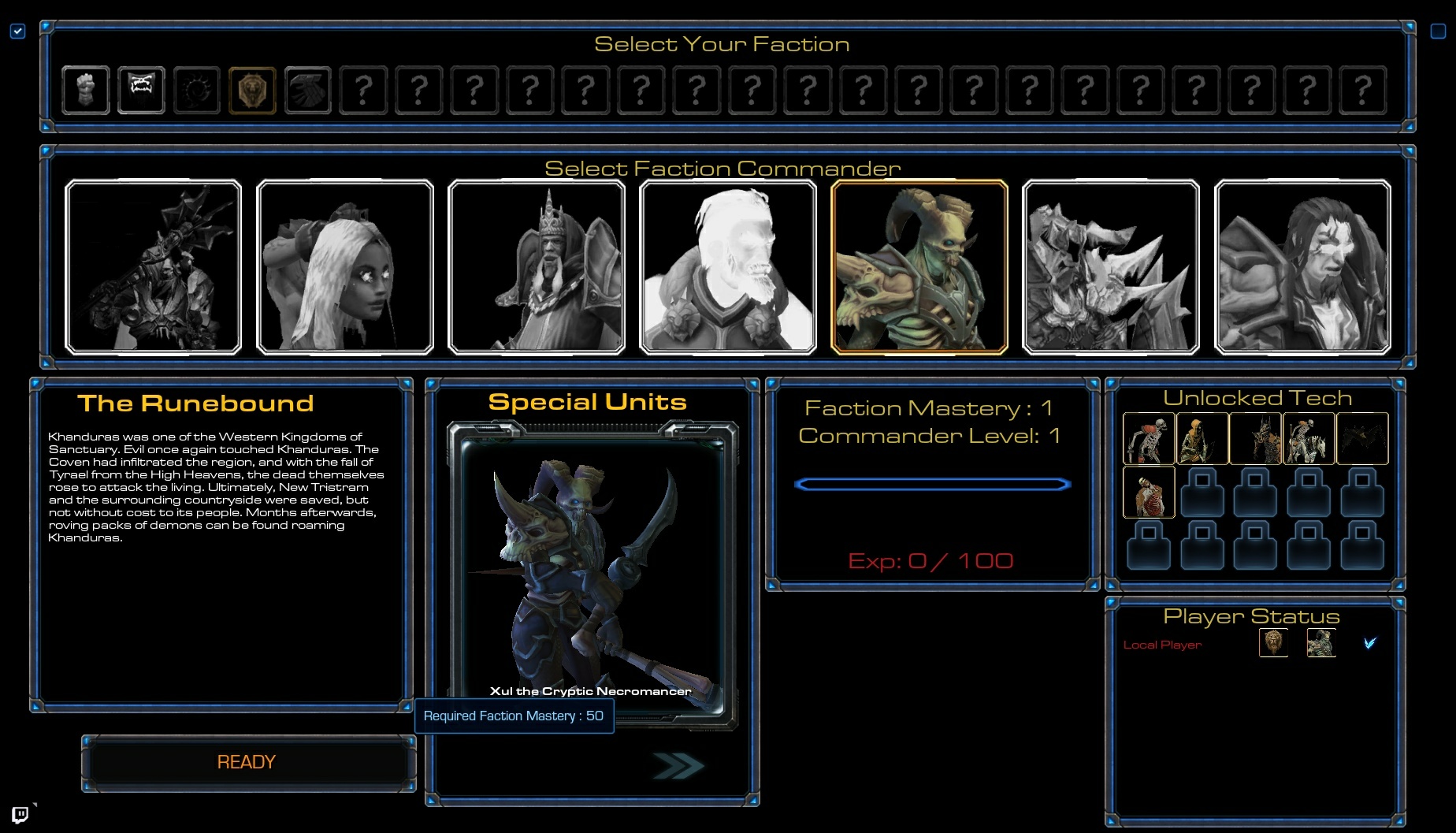 Once you picked your commander and started the game - you'll be able to play the game on one of three available maps: 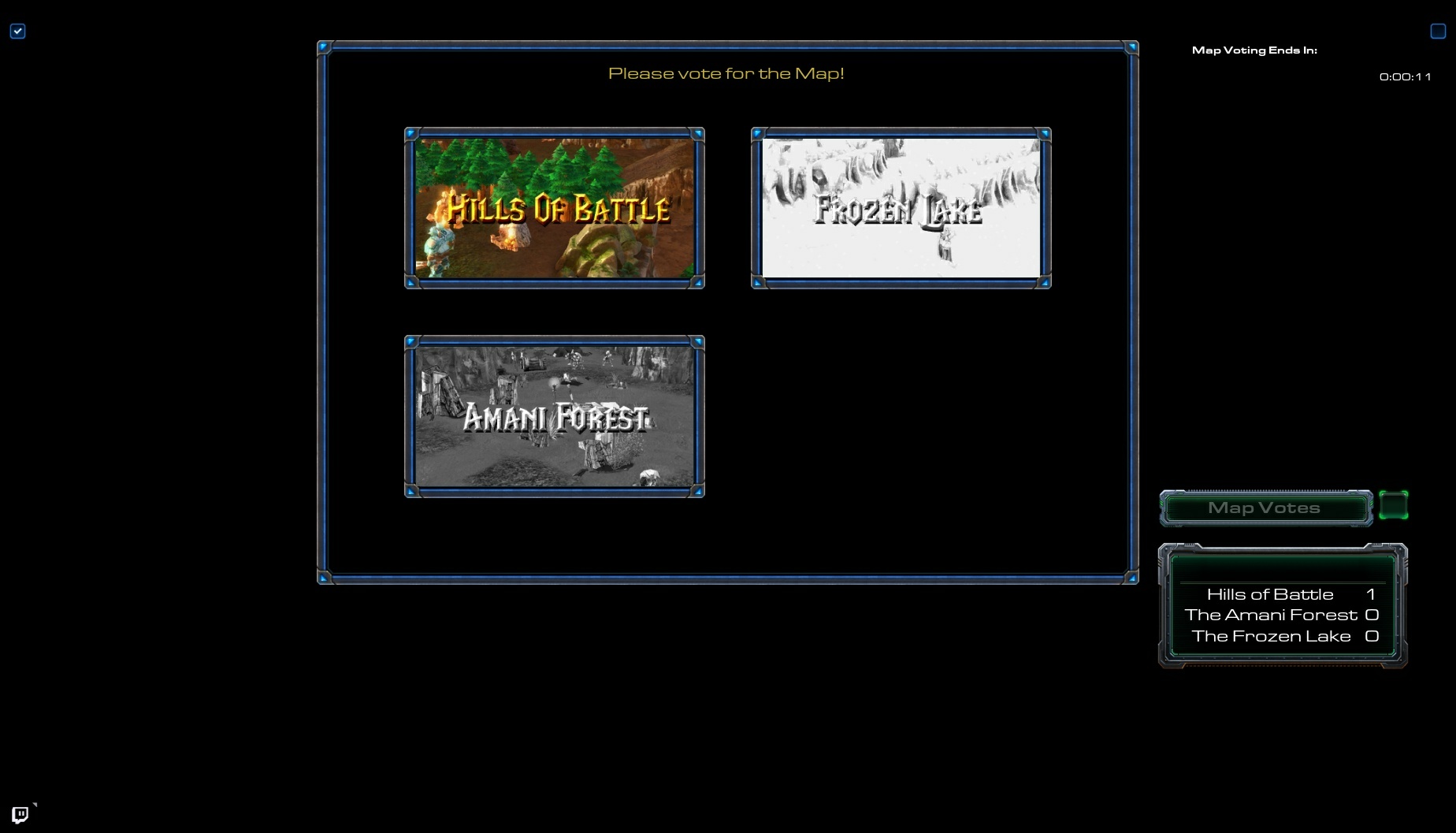 When the game starts you'll be able to play the game, harvest resources, train armies and annihilate your opponents! 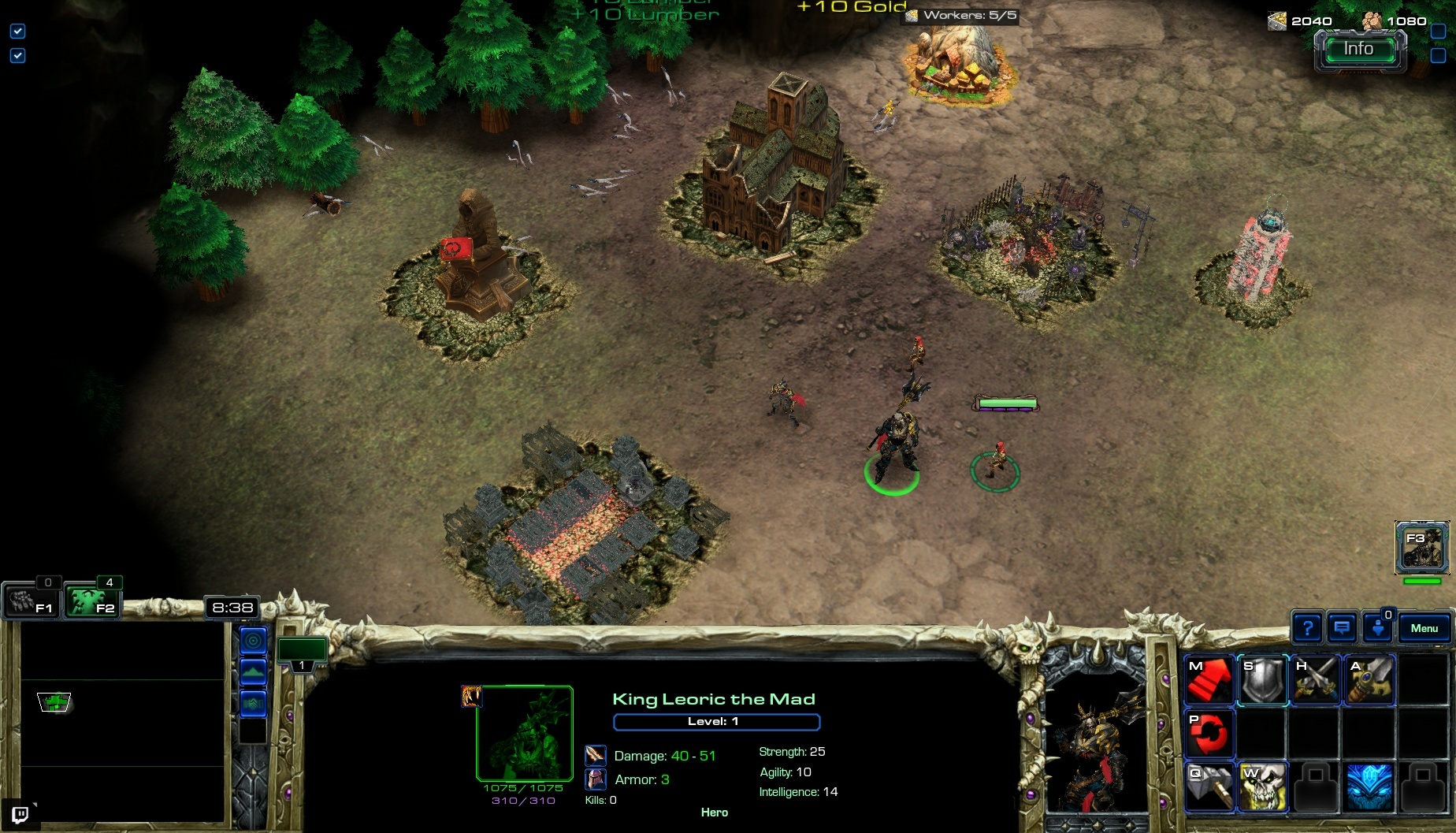 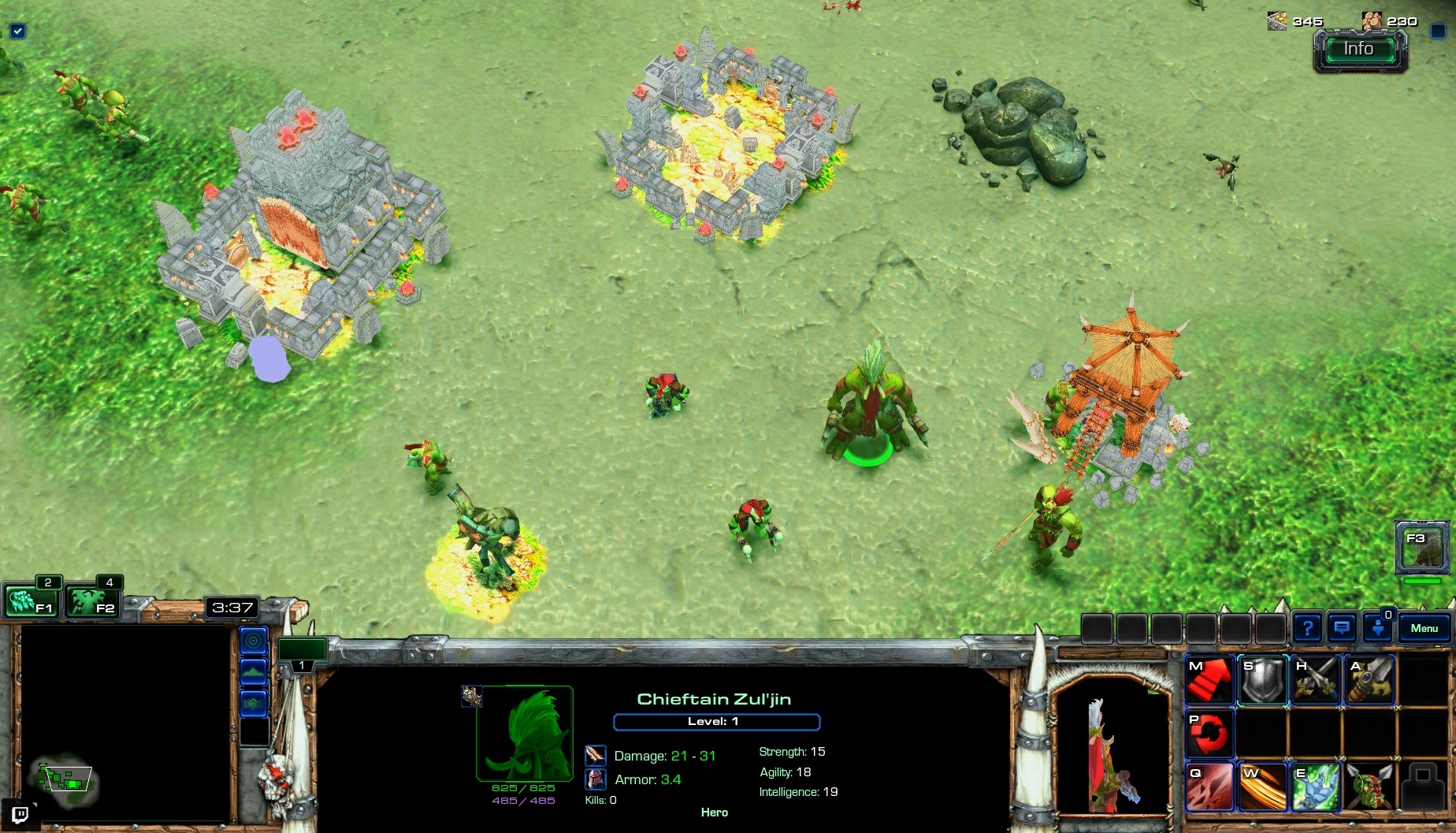 For this week's update we're proud to showcase the first Commander for the Undead of Khanduras faction in SCA 3.0 Enter, King Leoric - the Mad Skeleton...

For this week's update we're proud to showcase the first Commander for the new playable Faction in SCA 3.0 - Amani Tribe! Enter, Warlord Zul'jin - the...

3.0 is nearing and it's shaping up to be HUGE! Before we start previewing all the new Commanders, we'd like to first preview the streamlined versions...

Probably a stupid question but i don't really know the ins and outs of Starcraft, is this purely multiplayer or is there a single player option? Quality idea as well, can't believe i've only just stumbled upon it!

You can play both multiplayer and single player as well as multiplayer with AI allies against AI enemies! Just search StormCraft Armies in the Arcade and have fun!

I really hope this mod isn't dead i honestly love it, me and my friends enjoy playing it! Would love to see it continue its updates :D

It is not and actually we are preparing for Patch 3.0 Huuuuge update soon pretty soon . Feel free to join us at our Official Discord Discord.gg ;)
P.S. Soulbaker here Co-creator of the mod ^_^

It's simple just download Starcraft 2 ( link below ) it's free , click on "Arcade" and search for StormCraft Armies .
Us.battle.net

And This Why I hate battle.net and that give us Server Error,Is there anyway to alternate download like Google drive,Zippyshare,Or any Site?.