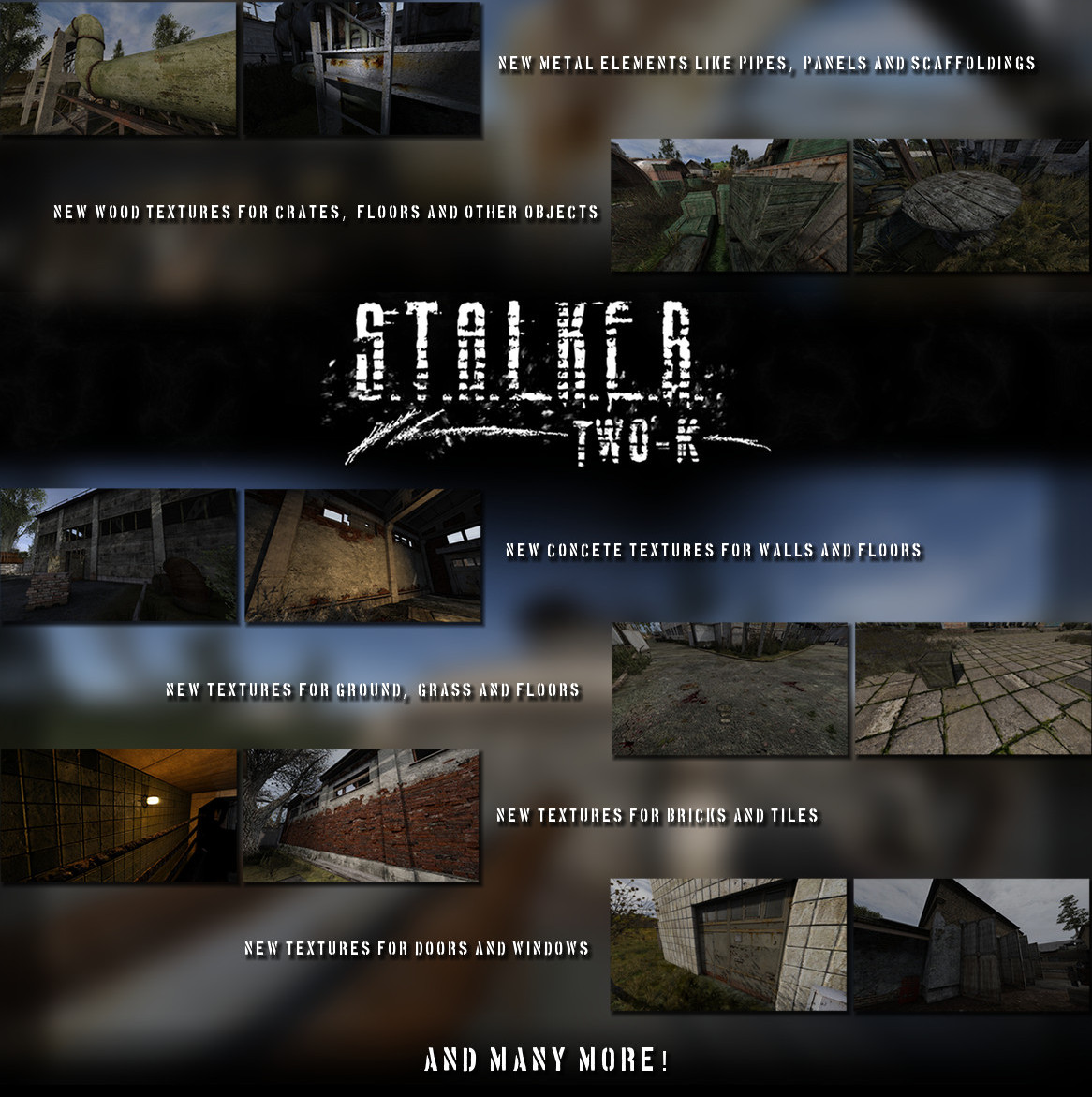 Hello!
Well, its been a while since I wrote here anything. I was actually busy with some stuff, and weirdly some of that time I spend helping with few Stalker projects, including one that recently took big chunk of my free time, and for some reason Im not mad about it because I had a chance to make some cool stuff for it.

Long story short, I started doing some weapon stuff, mostly making some never-used-before models from scratch and fix/import others guns that are not just another batch of AK in 100 color variations or remakes of existing guns in stalker, but some "candy" special stuff that you see only if you look for it in game.

And all that because Mod that Im helping with aim to not only bring some good balance and fresh stuff to Stalker but also actually deal with, lets be honest, crappy Stalker gun ballistic and mechanic. We can of course add bunch of fancy addons to guns like grips and flashlights but all that is just cover for really bad ballistic mechanic.
So to fix that our small team spend time to actually make it work properly so it could even compete with ARMA ballistic. Hard stuff to make, but we actually spend some time tweaking stalker and actually try to understand how X-ray handle that stuff, and not just change some values without bothering to check it in game. Because sadly for most of time gun mechanic in stalker mods was made by people who never actually had gun in their hands, and most of settings that they did was pure hog-wash that worked in a way that guns where pumped to weird values and rest of "realism" was based on tweaking damages that F up rest of game.
We actually have guys who deal with guns in real life and know how to tweak and fix and even add more stuff related to them... But its not always simple, and some work need to be done by digging deeper in stalker guts.
So because of that sometimes we need to make some new scripts that "bring balance to the force", but unlike other mods we would like to try keep it simple and available for everyone, that why we are looking for people that could help us with some script related work. Anyone with even basic knowledge about lua and stalker scripts could help us with not only work but also discussion about how to make gun mechanic and models better. You know, more people = more ideas = more fun.

Also in other news, some of you will probably wonder where are mutant models that I posted, like Boodsucker remake or Tark and Pseudodog.

I decided to remove them because even if they looked kinda nice, they where not optimized properly, some people had problems with them and its not good. It will take some time to fix them but after I finish I will upload them again. I also started to remake other mutants, and make few new ones. 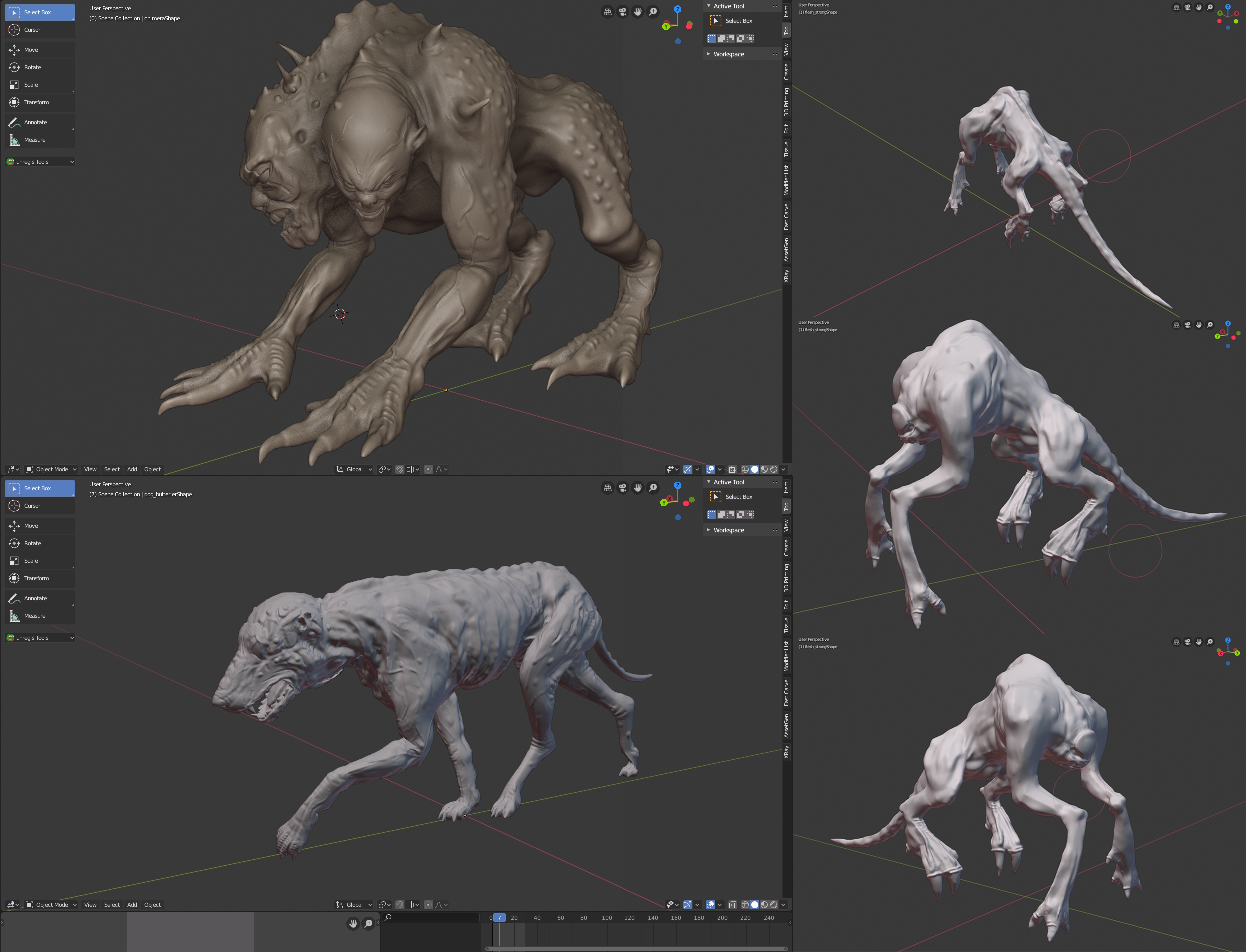 So again, If you have any experience with scripting in stalker, give me a PM or write about it in comments, your help will be really helpful!

Its canceled, but its not like it was active that much for past months....

An update that no one asked for, but its here anyway...

Fourth version of mod! Its big. Its fat... And it dont contain that much changes as you think...

Comparison of textures that I should make long time ago... WARNING: Big GIF files inside, it can take some time before it fully load all graphics.

Update for Stalker Two-K v5 For both Normal version and "Tiny Little".

Long lost Daddy of all roads is finally found... and its big... its huge... it uber-ultra!

Most advanced graphic mod for Stalker. If you though that 2k or 4k have "Ultra Quality"... prepare for 8bit...

Hi Paranoiia8, i am working to port stalker with unreal engine 4, can i use your texture pack?

I saw that, and I actually wanted to write to you about it(in case you need original NormalMaps).

Normally GSC and my licensing say to stick to only stalker games, but screw that. Just slap somewhere credits and we are good :D

i can help u with scripts, can u contact me in pm?

Probably a stupid question, but does this work with coc / com?

Is there a way to make it work with ABR mod? It crashes after the loading screen.

Edit: The grass addon works but the textures don't.

I use your texture pack and like it a lot so thank you for all you have done.
You will be missed.

Awesome texture pack. My PC can only handle the tiny little version, but it's still much better than both original and Complete. Good job.

ugliest character in the z

funny things is that you dont even need new model to make him more "realistic". Just small tweaks with meshes and texture and you can get decent results:
I.imgur.com

yeah that's right and much better way to make him so good , but with his original face, he looks very kind and also very silly