While you were battling the evil forces of D'Sparil, the other Serpent Riders were busy sowing the seeds of destruction in other dimensions. One such dimension is the decaying world where Hexen takes place. A world littered with the mangled corpses of nonbelievers and inhabited by the undead followers that executed them. Only three humans &endash a warrior, a mage and a cleric &endash have escaped the leaders' vicious spell. Now these brave souls have sworn to crush the evil regime that threatens to destroy the world forever. Separated upon entering the mystical portal, the three are forced to attempt on their own what they had hoped to do together: find Korax's stronghold, destroy him and restore order in the physical world.

Legend 9: The Next Generation

Friends, Fans and other adventurers of the Hexen universe,

About two years ago, i have explicitly stated, that Legend-9 is the "the mod that is not to be". A decision instigated mostly by my dissatisfaction with the state of the mod at the time (especially considering how long it's been around), and a thorough understanding of how far it actually stood from my ultimate desired
vision. 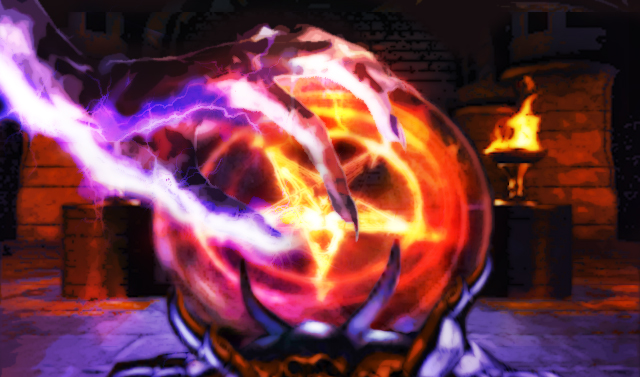 However, as time was passing by - i kept asking myself: is this all i was capable of? How has the game that i loved so much during my teenage years - turned into a bleak, half-finished under-mod with design holes all over, veering dangerously into the chore territory. I had only myself to blame for the inconsistent quality or the often found disparity between the good ideas and average execution, all the while leaving quite a few elements "as is" = following the slacking way of the Raven (as in Software).

The answer was slowly becoming clear: this was not to be the end. No way! This - was a new beginning. I would re-ignite the fire of Hexen in a way that has never been done before. I would forge a triumph of classic oldschool glory that any Hexen fan would stand for. And i would bring the game back to my top list, sparing no effort in the process. 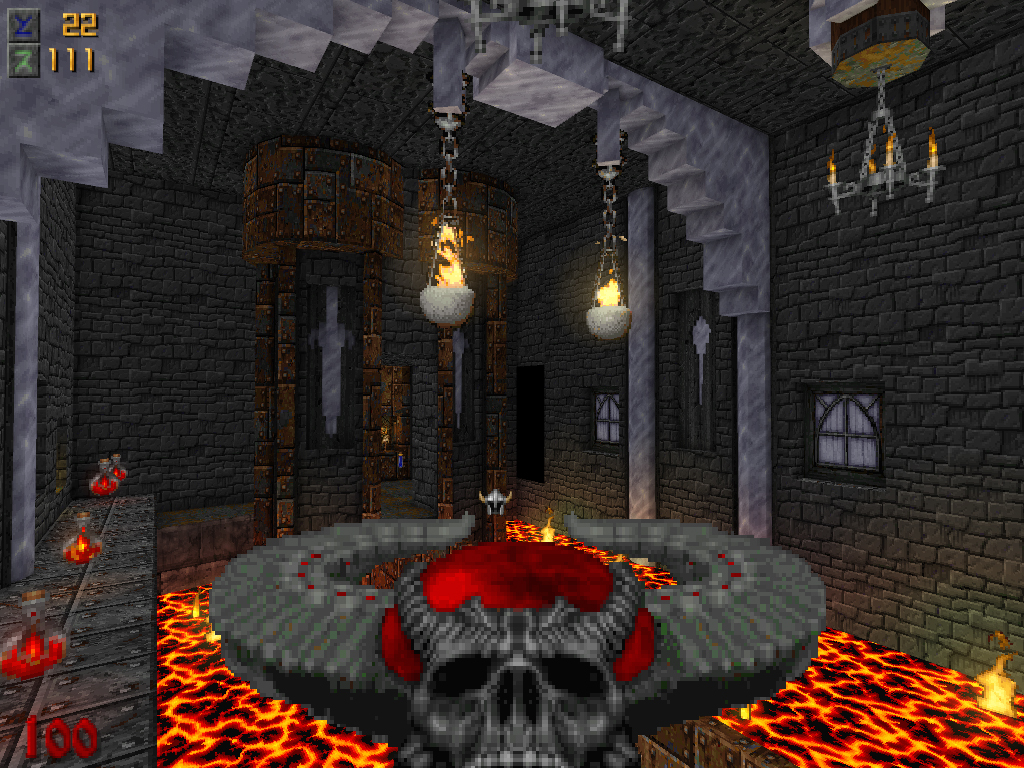 So I took several steps back: analyzing every single fault of version 8.33, every section that i previously deemed "too tedious to work on" and the reasons why some parts of it are fun while others are a feast of boredom. Learning, practicing, designing my signature style and staples, working on concepts and ideas by using my other mods as training exercises, - all in order to finally come up with a solid plan to reflect the vision where no stone is left unturned, a vision that the mod should (and would) eventually become.

Half a year later, i was ready to begin the journey of making Legend-9. I saw it as something more than a mod: a revolutionary upgrade-remake, a statement of creative design, logical analysis and deductive reasoning. Something that hopefully, - would inspire others to reach higher, just as some projects have inspired me in the same way. For the last 16 months i was essentially remaking the entire game, with a
sub-objective to raise my standards every day, - right until the point when i could no longer come up with superior ideas for an extended period of time. The resulting difference between any of my previous efforts and Legend-9 is nothing short of indescribable. Every single section has been revised and remade to reflect the polished-to-the-max directive. There is nothing out there like this mod, but i sincerely hope - that some day there will be.

Currently, i am launching the 6-level demo, which is the entire first episode, about 5-7 hours of gameplay. The rest of the game is yet to undergo the necessary polish, fine-tuning, balancing and error correction.
And while i am working on that, - i would like to take this opportunity to bring the project to you, even if only in part for the time being. 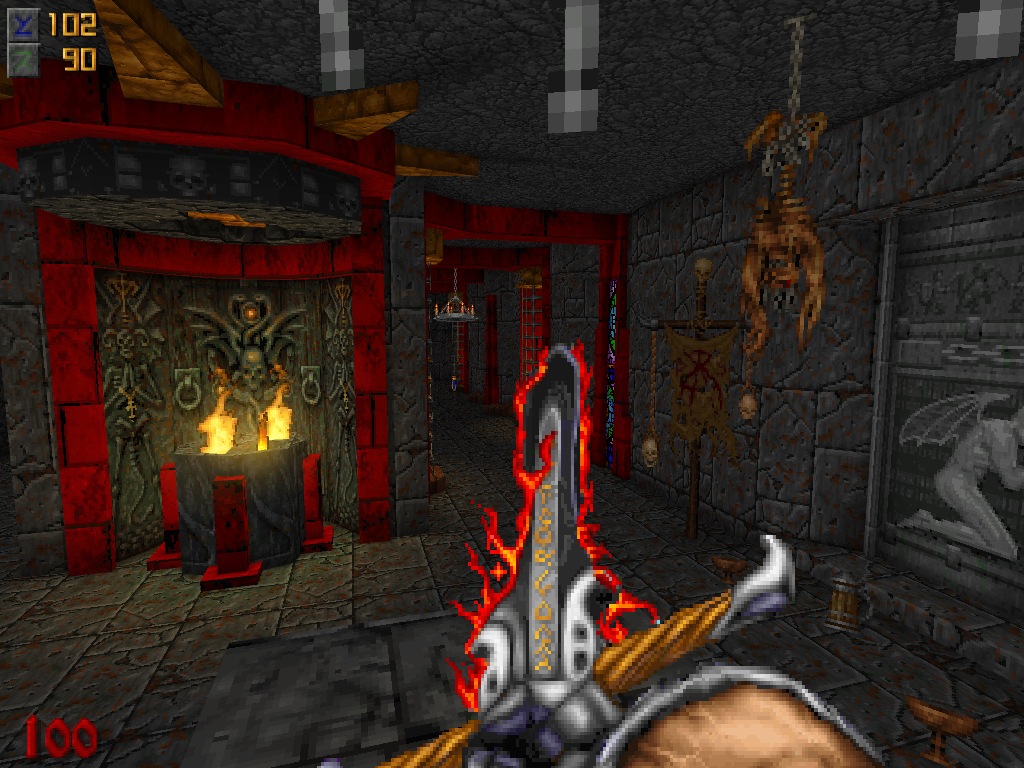 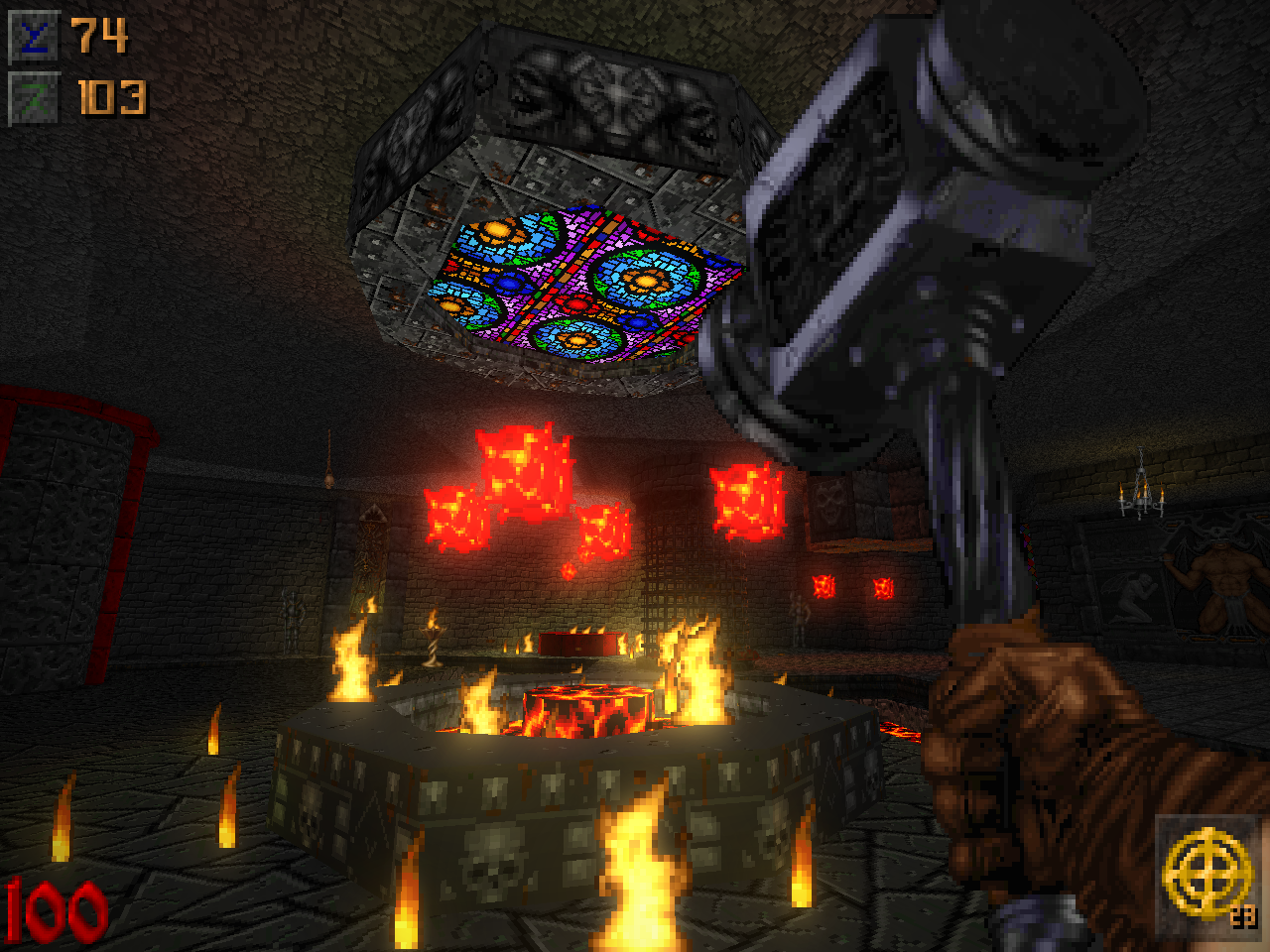 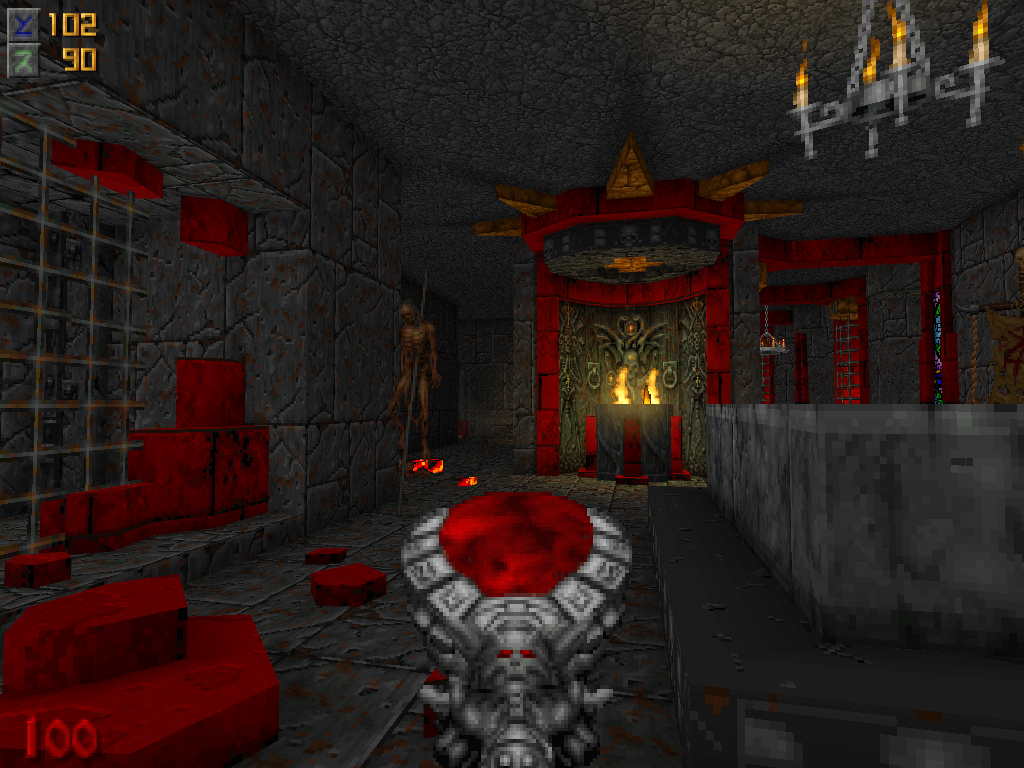 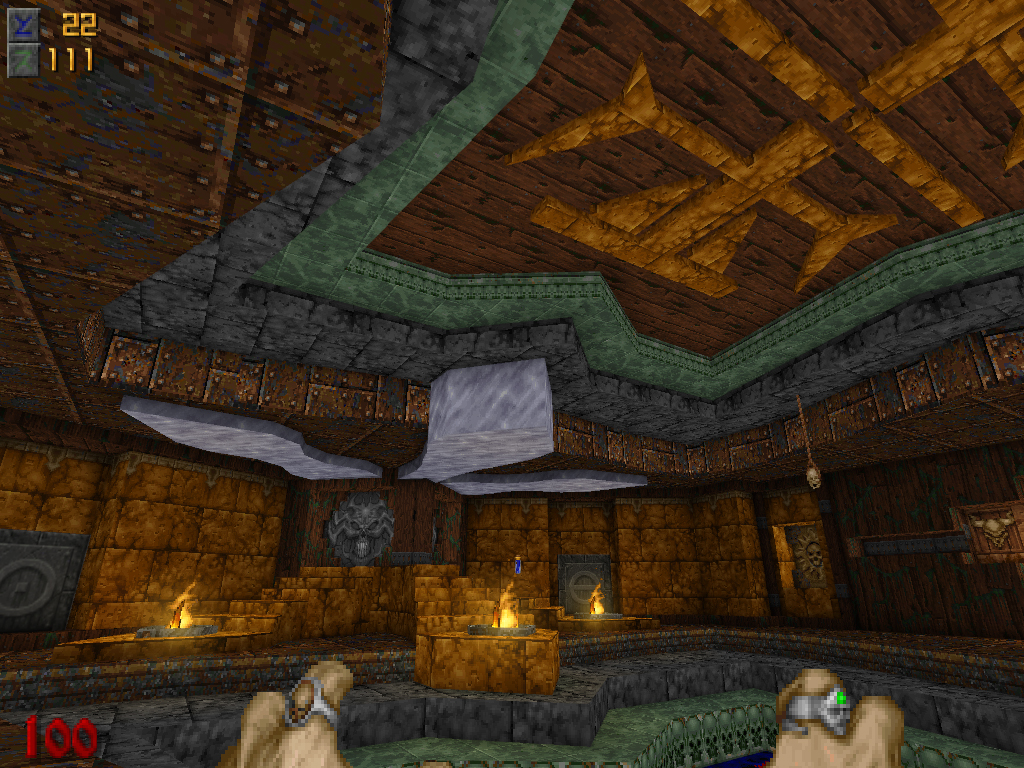 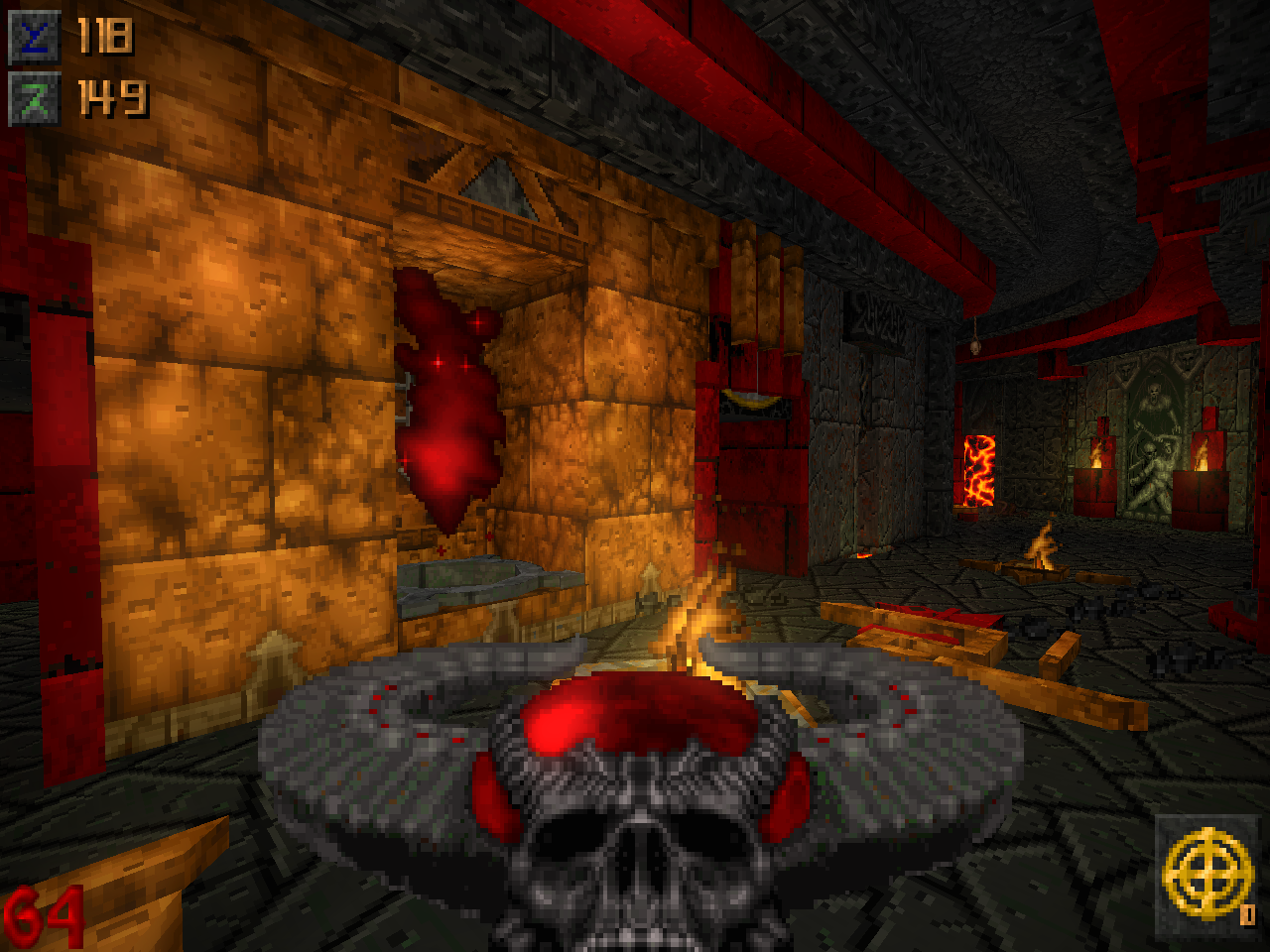 A few final notes on the demo (and the full version as well):

- Legend-9 is a Doomsday-engine EXCLUSIVE mod. It does NOT work with GZDoom or anything else. The mod functions through Doomsday-specific script files, and these are recognized by Doomsday engine only. A Legend-9 compatible and tested modern version of the Doomsday engine - can be downloaded here, in the files section.

- Legend-9 will eventually exist as two versions: modern and vintage. The "modern" version is meant to be played only on the modern version of Doomsday engine. The vintage version, respectively - is meant for the vintage engine. These are NOT interchangeable.

- The demo that is currently being released - is the "modern" version. It was tailored to and tested with Doomsday 2.3.1 This demo will crash or have issues, if used with older versions of Doomsday.

- Doomsday engine or Legend-9 (or 8.33) has no issues working on Windows 10. And never had any issues. The myth about Legend mod and Windows 10 - is just that: a myth.

And without any further ado, i welcome all of you to the new adventure... 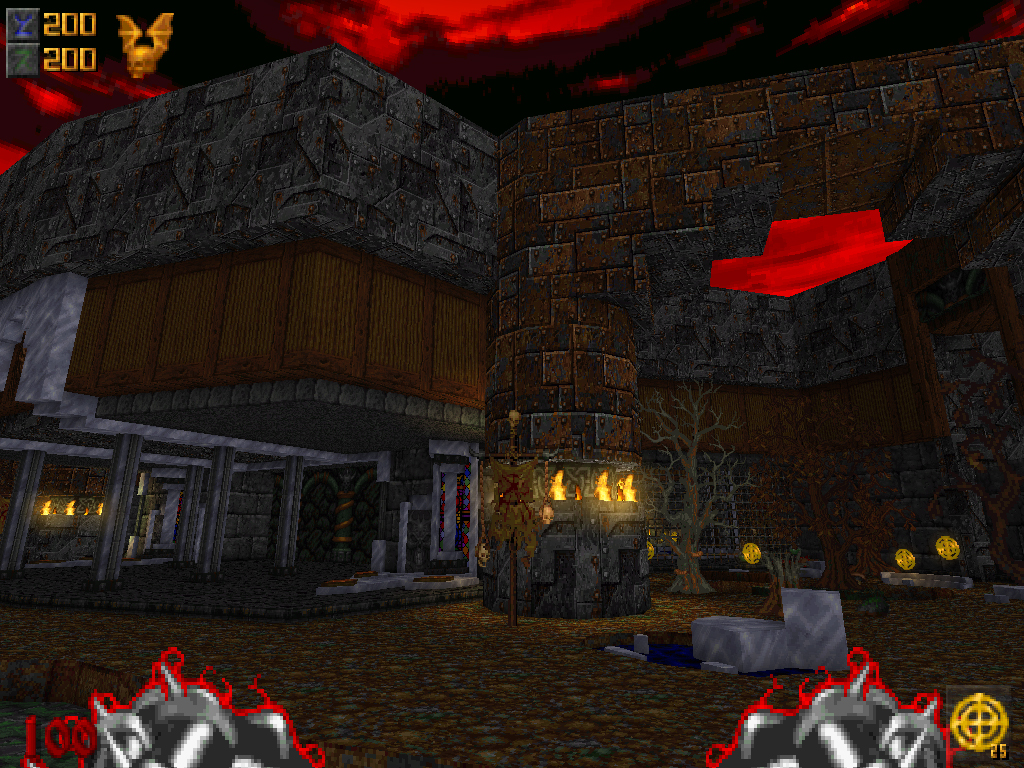 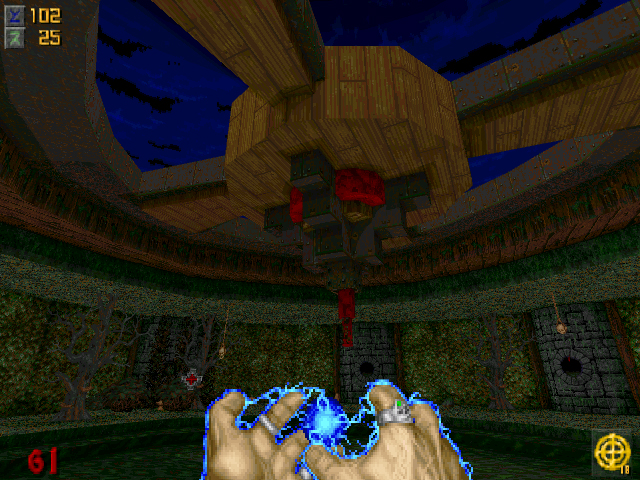 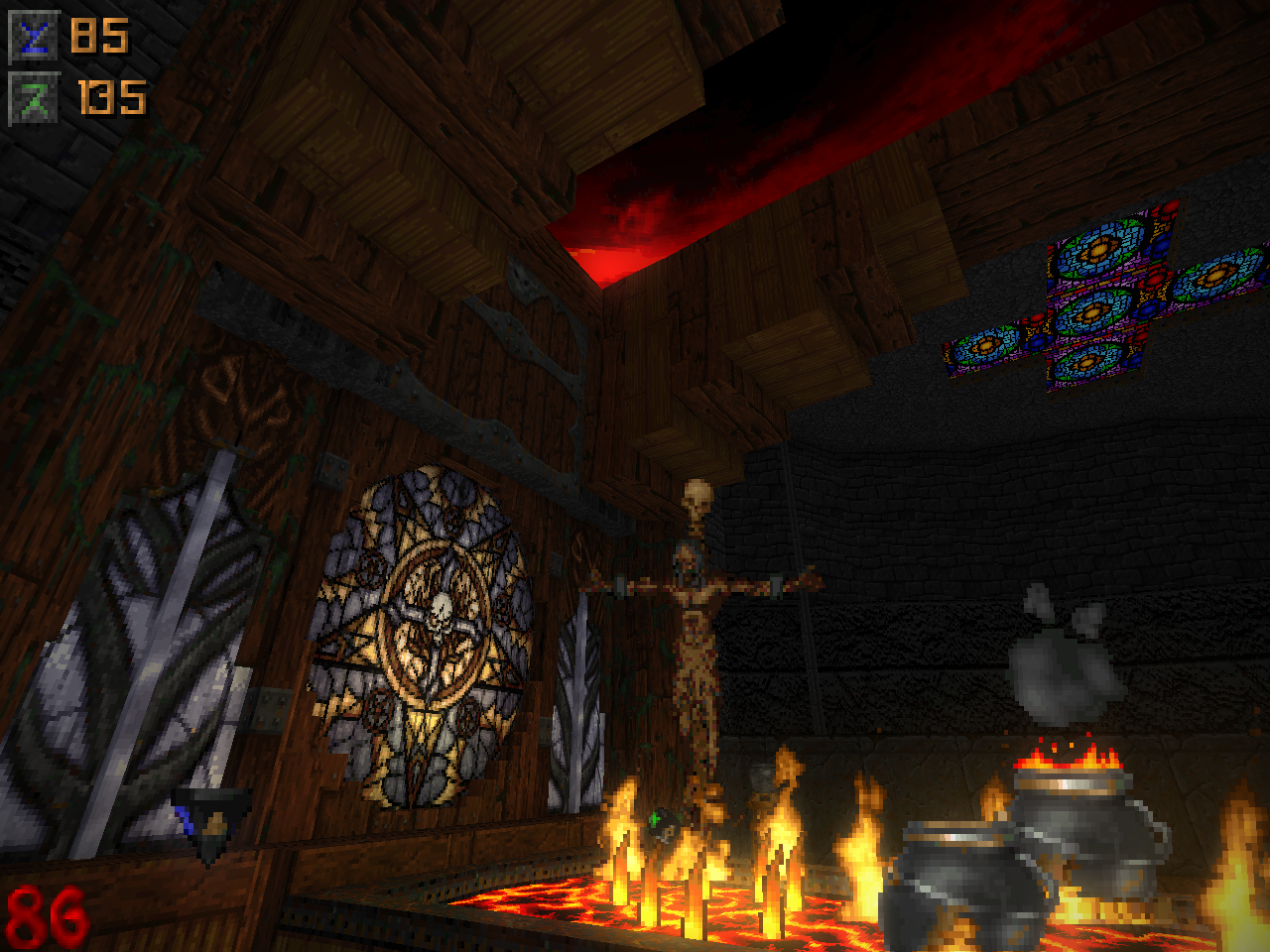 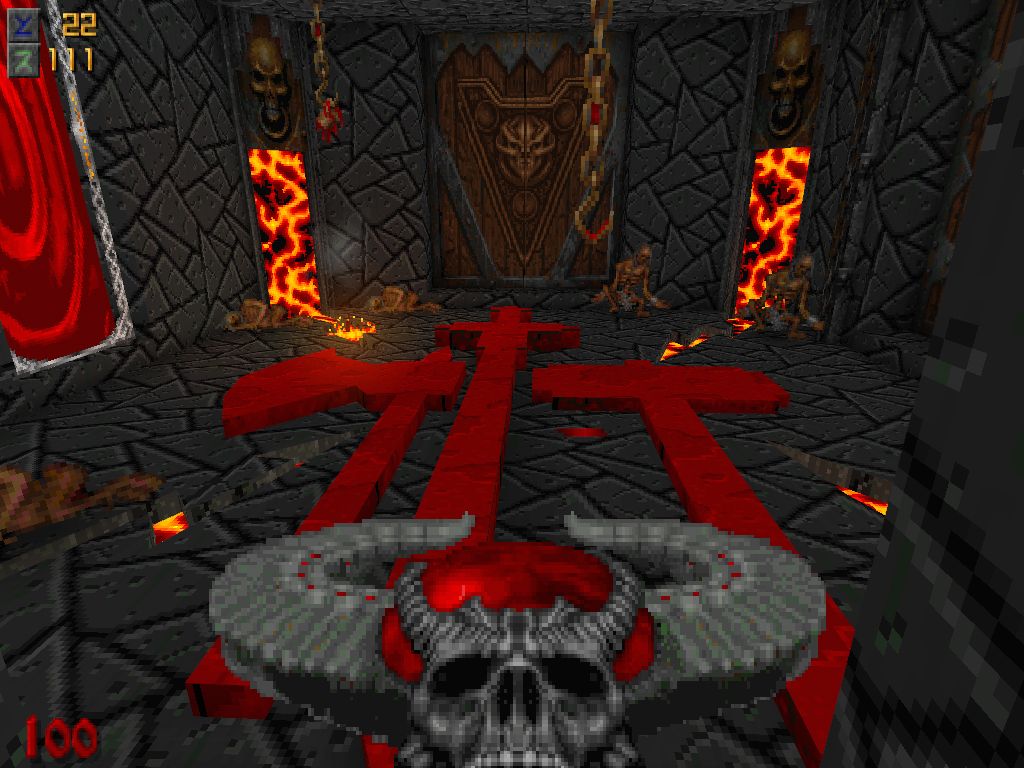 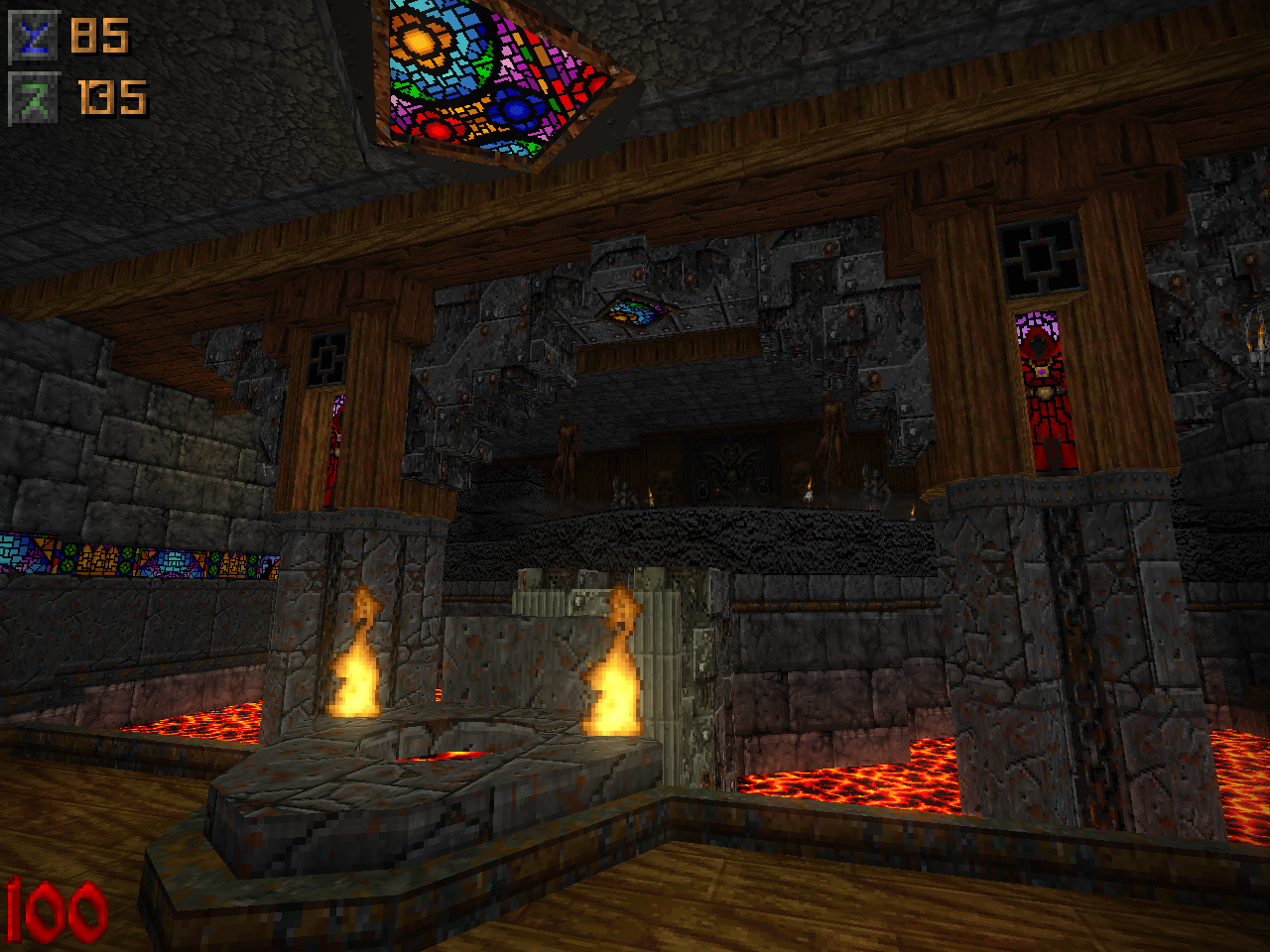 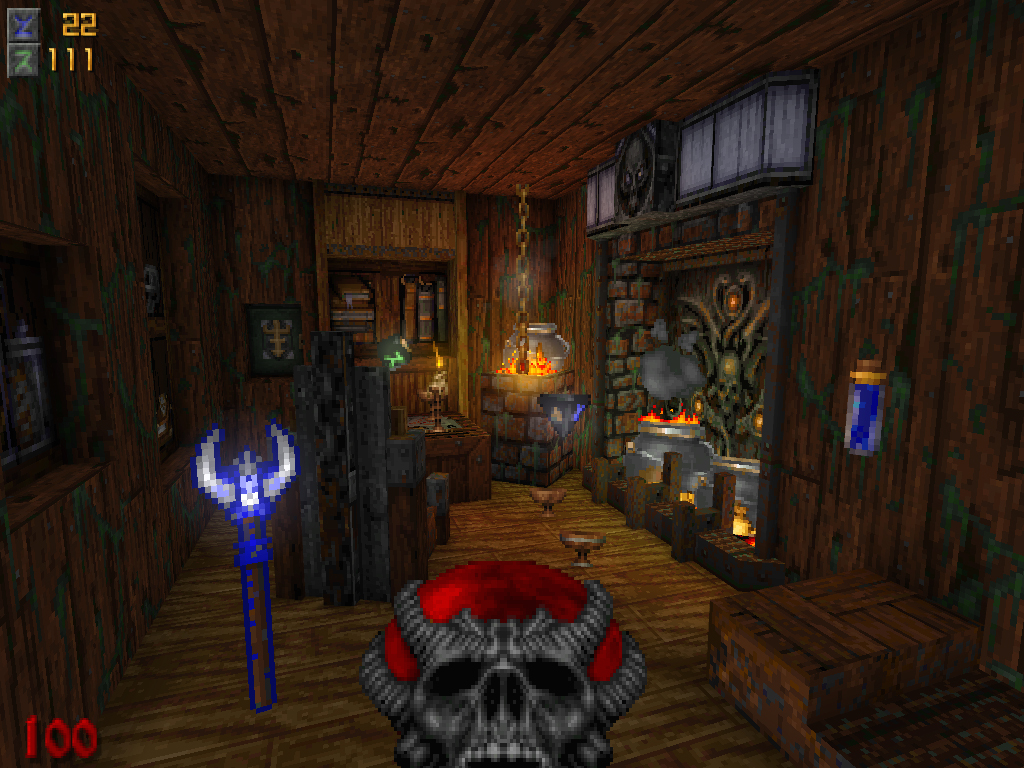 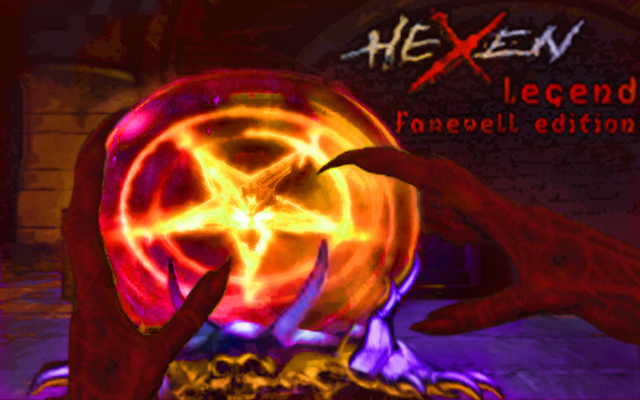 It started as a "simple" port of DML v2.4 for Linux but it ended up in a new version with quite a few new features and bufixing...

Legend Farewell Edition 9 - ventures into a spin-off mod mid-development. This completely standalone adventure invites you to take on the new ultra-detailed...

After a year in the making, the new version of DML 2.X is out! This version packs quite a few bugfixes and new features, like unofficial games (.iwad/.ipk3...

As the number of fixes, adjustments and improvements in the new version kept climbing up exponentially - meeting the previous ETA quickly became unrealistic...

Legend-9 (demo or full version) is a Doomsday-engine proprietary mod, and unless otherwise specified - requires and up-to-date version of the Doomsday...

gzdoom+Zdoom pack in a single ZIP Pre-Configured to play HEXEN in modern systems, fine-tuned to preserve the closest possible experience to the original...

This is just a litle proyect and beta. In a future i will repair all, but i don't have time and i want to put this like a beta

Nevermind. Found a youtube video and realized I missed a switch in wasteland.

How to play Hexen on iMac?

Hexen!!!! I love the game's environment.

I agree, between the gothic buildings and the incredible (and sometimes impossible) sights of the outdoor levels, Hexen definitely pulls off some of the most awe inspiring views of old-school fps games.

The Hexen games feel much more fun and better put together than the Heretic games, at least to me.

Heretic's extension of two more episodes still wasn't good enough, they didn't even bother to add a new boss or any boss at all, they just felt mostly like extra filler.