"I have seen it in the mud covered face of the southern men; I have seen it in the warmongering north, and even in the god's forgotten, dead plagued army. Change..."
~~Brother Baritos, Philosopher and Priest of the 'Twin Suns Church'
For almost twenty years, war has plagued the Seneca Region: a peninsula divided by several nations and cultures essentially different one from the other. The original conflict between two major kingdoms triggered several major events as new religious and political groups rose to power. New technologies led to new philosophies and new ways of life, new ways to experience the world and new ways to rule society. The Seneca Region is in a state of change.

Amidst the chaos of change and the evolving societies, an old demon returned to the land. A Wizard, the last member of a forgotten cult long thought to been vanquished, executed a master plan to raise an undead army and enforce his twisted, necromantic black magic upon the world. He calls himself Cáligo and his kin, The Forsaken.

Cáligo entered the court of King Marco Mithas, a man whose greed was as big as his vast wealth. The naive King was easily tricked by the Wizard who cast a curse on him and his new born son, Marco Vas. Cáligo raised the Prince into his puppet, thus ruling the Kindom from the shadows. To channel the energies that would raise the undead, it was necessary to have a healthy body. Cáligo would transfer his soul from his frail carcass to Vas's younger form. But Vas proved to be a fighter on the inside. The invisible struggle that took place between them caused the Prince's body to implode, leaving in place his beating heart covered by the Wizard's magic.

Despite the outcome, the Heart raised an army of undead and executed it's campaign of terror over the exhausted people of the Seneca Region that had been fighting each other for years. The Prince's resistance was a major setback in Cáligo's plans, but what ultimately caused his defeat was 'change'. During the time he was executing his plan, the ways to wage war changed radically in the Region, new weapons that could make a simple peasant beat an expert swordman were readily available and, in the end, the Forsaken were pushed back.

Now, the Heart awaits deep within it's Bastion and the tired champions of the endless wars stand at the gates, ready to vanquish The Forsaken once and for all. Undoubtedly, this battle is the last as both the Forsaken and the Alliance of Nations put every man on the line. The winner takes all.

Forsaken Bastion's Fall is a multiplayer map that pits two sides, of up to 6 players each, one against the other. One of the teams, The Forsaken, has to defend the fortress from the Alliance team that's trying to reach the end and destroy the source of magic that keeps the defenders alive.

The players start in the Tower Defense stage, where The Forsaken team has to strategically place a series of different towers to stop the Alliance and it's waves of minions from reaching the entrance. The total number of waves is limited to 20 so the Alliance players need to end this stage as quickly as possible.

When the Alliance reaches the Bastion's Gates, the AoS stage begins. Here is when the Forsaken players take control of their chosen heroes. Alonside minions of their own and NPC Forsaken Bosses, they will have to defend the corridors of the stronghold from the Alliance's efforts to reach the end. The Alliance wins if they do so within the 20 minion waves, and the Forsaken win if they succesfully defeat all waves before their enemies complete their goal.

The tower defense is the first part of every wave and is solely played by the Forsaken. The Coalition can not interfere with the actions of the Undead players in that area. The defense strength is designed, and their HP and numbers are adjusted so that this number is achieved no matter how many Forsaken players there are in the game.

The towers are pretty standard towers you will see in most TDs, mostly meant for dealing damage, and only a handful have special abilities and effects.

The towers are paid in wood, which is given to the players at the end of every round and can not be obtained in another way.

Once the Coalition players reach the entrance of the fortress, the second stage begins. The Forsaken players now control their own heroes and all playable character statistics are rebalanced to fit the stage. The Coalition players will have a tougher time dealing with their enemies, as they not only face player heroes but, also, the Forsaken minion waves and a set number of bosses. Even more, the wave count keeps getting lower and if it reaches 0, the Coalition will lose.

Things don't get easier for the defending players as they lose the protection of the towers and run the risk of being vulnerable to their enemy's attacks. 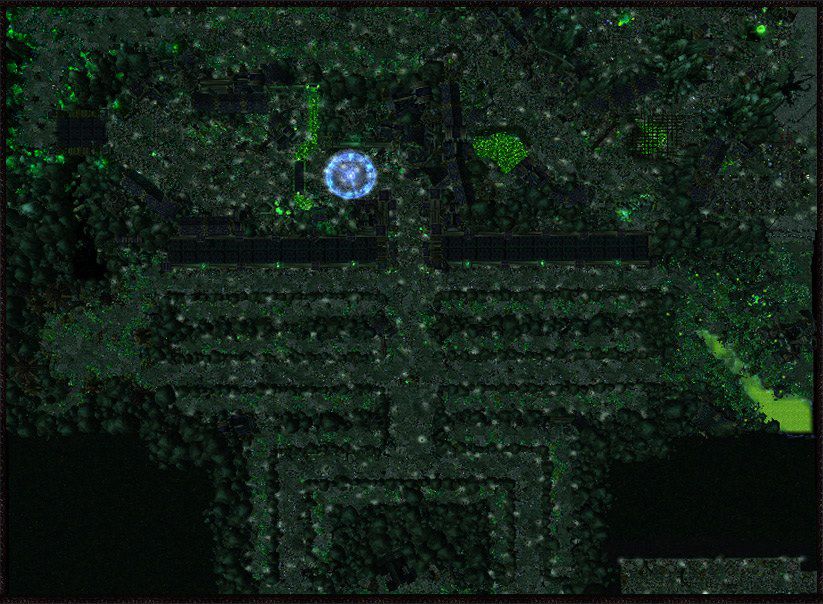 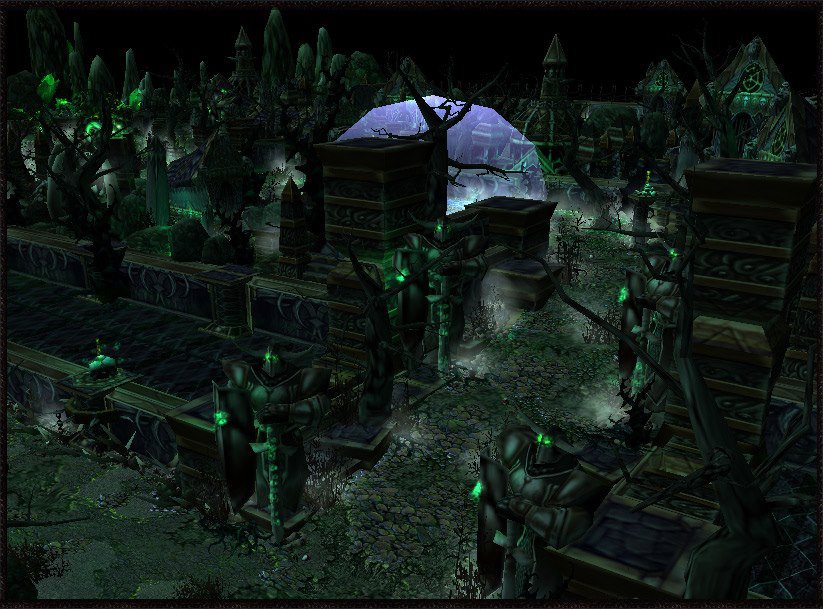 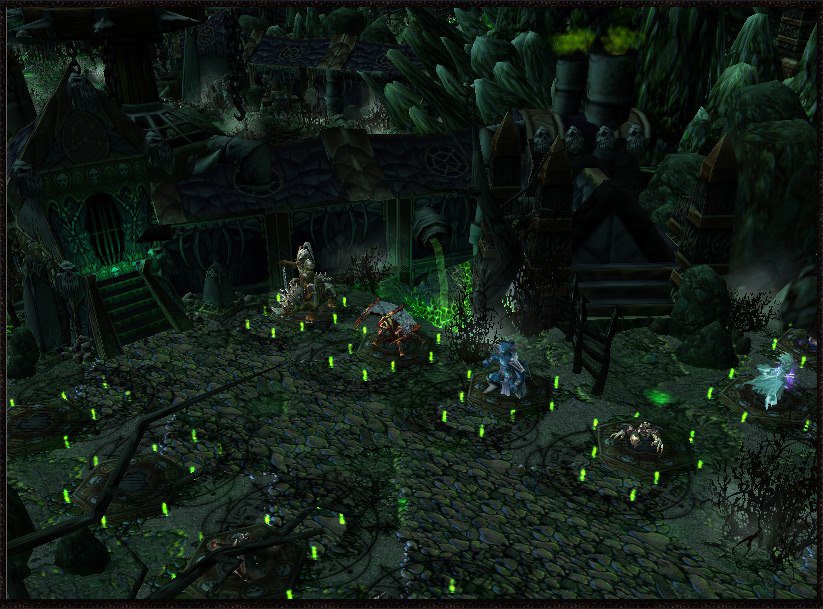 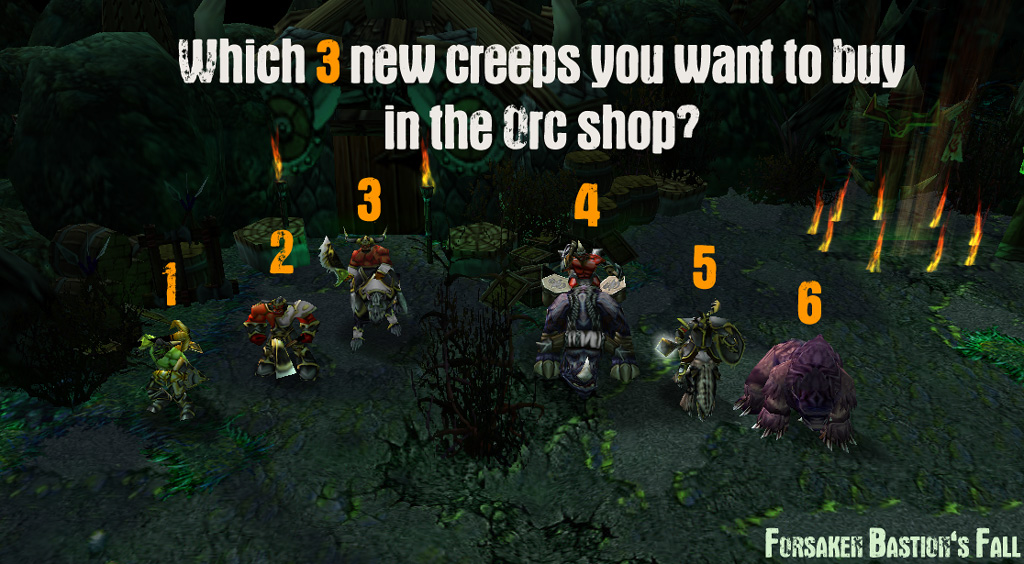 "The man with true power" is what people calll the King, but ever since the creation of the Regnum, the Crown has been contending the Nobility for the...

An institution older than the Regnum itself, The Church of the Twin Suns preaches the word of the the Father, and lords over the work of the Mother. The...

The Kingdom d'Or, now home to the Forsaken, and it's elite 'Knights d'Or' proved the Regnum how a small regiment of expert warriors and tacticians could...

The creation of the Magi's Guild, over a hundred years ago, became the perfect solution to the 'Forsaken problem'.

Balance: General Gameplay Reduced the amount of webs per area from 5 to 4 Changed the name of all hero pick units to "Hero Soul" Added new area for the...

The Lore of Forsaken Bastion's Fall

This is the official Forsaken Bastion's Fall prologue. It'll be used for the presentation on The Hive Workshop, Facebook and other possible sites. It...

I like the tower defense integration into an AoS. It's well polished.

Also I'm not sure if you have a Nvidia card but if you use Shadowplay and upload to Youtube your videos won't lose quality.

I'm not the guy who uploaded the gameplays to youtube.

Or what do you mean?

Never mind me. It seems Mod DB lowers quality regardless.

Do you have to patch each time or is there an up to date full installer for this?

do you know Wc3? If you want to release a new version of you map you have to give the people a new file with all the changes you made. That means if i fixed some things or optimizes things i save the file and upload it here. You download the file and so you can play the new version.

I'just let the last 3 Patches online to check the changelog!!!

thx a lot for all your answers. We're happy you like it.

:) thx for liking the Terrain, y there are nearly all ingame doodades, i think the only imported thing was the green light model and some smaller plates^^ ( you dont wanna see preds terraining skills^^)

Pretty nice. As a mapmaker, I really appreciate how you used the doodads and many of the vanilla models to create awesome terrain. From what I can tell, I only see 2 models that are possibly imported.
Can't wait to try it out! (even if only for the terrain)