Ladies and Germs these are your top 5 upcoming Mods for 2012.

From the 1st of December to the 21st we asked quite a bit of our community, we asked that you decide what mods you thought were are the top dogs for 2012. We tallied up the votes for best upcoming mods and arranged them into a top 5.

Ladies and Germs these are your top 5 upcoming Mods for 2012.

To qualify for the top 5, the game must place higher than it has in previous years and must have had a significant content/news update in 2012. Otherwise an honorable mention is given, which these teams have received:

Having come in third place for last years event Opposing Force 2 has just managed to place within the top 5 so they receive an honorable mention! 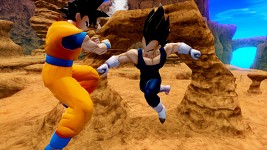 Earth's Special Forces
is a fast paced, 3rd person fighter based on the hit anime, Dragonball Z. Select your favorite character and fly, power up, transform, melee, and beam your enemies into pulp. Each character is given signature moves and abilities to compliment different style of play. This is not your normal Half-life mod.
4 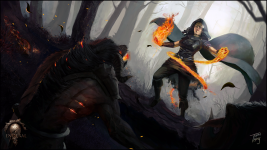 Enderal
is a total conversion in development for Skyrim and the sequel to Nehrim: At Fate's Edge. The story of Enderal is not set in the Elder Scrolls world of Tamriel, but takes place in its own universe, creating a new, interesting world completely unrelated to Skyrim.
3 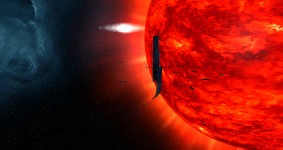 Dawn of the Reapers
The reapers have returned from dark space. With Earth under attack and the mass relays in a state of chaos from refugees and the councils fleet engaging reaper forces the galaxy is a mess. The outcome is unknown, the warfare is devastating. The galaxy will never be the same.
2 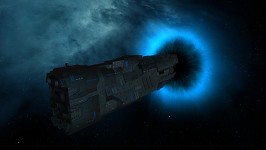 Sins of the Prophets
A Halo mod for the critically acclaimed Sins of a Solar Empire, that aims to capture the fast paced intensity of the Halo series.
1 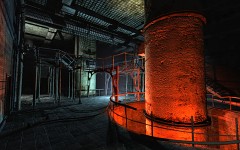 Nice to see Enderal in the top 5 so early in development. And congrats to the winner and other top mods.

Nice to see not one but TWO Real Time Strategy mods get in there :D

It is great to see that you guys have gotten second place, looking forward to first place next year.

We'll be in the released category next year, my good friend. :D

Congratulations to the winners. Some cool mods there.

Is there any way I can find out how many votes my mod got, just as a curiousity?

I still say that this deserves a victory cigar.

^This guy gets it

Aw man, no Rise of the Reds D:

this is an upcoming list, rotr is already been released, and im pretty sure they gonna be featured in the released category. probably 1: bms, 2: cof, 3:dayz, 4:risofthereds, 5: random zombie mod

btw the upcoming list is pretty unexpected, but still fair, and also glad to see rts mods in the final.

Looks like a lot of work went into these. Congrats to all :D

Lost Alpha is a fair choice!

nice to see esf in the top5 nice

Lost Alpha got a well deserved result. We'll see it top the released section next year.

Congratulations to all members of the Dez0wave team. I am absolutely thrilled of the result for you guys. May the release meet our expectations, if not better :)

Why cant we see list of all 100 mods and their votes in total? I would like to see which score has my favorite mod...

Get out of here, Stalker.

I'm ******* happy for Dezowave and the entire team. I voted for this fabulous mod.
They deserved it since modding is the only way to have new STALKER content.
Good work STALKER mates.

Glad you are in top five SotP!

Nice job for a STALKER mod to win. I would not have expect this from this community. Funny though how Lost Alpha is on place one and Misery is nowhere to be found. Both are on par in their awesomeness.

Misery is not an upcoming mod, because it's been released.

From the rules:
"To qualify for the top 5, the game must place higher than it has in previous years and must have had a significant update in 2012"

Misery does qualify for this.

Congratulations guys you earned it.

Dedicated_to_Dezowave_and_the_fans wrote:
This is a triumph.
I'm going to write here: "AWESOMENESS!"
It's hard to describe my happy reaction.
Dezowave's triumph!
Their calendar says "We'll make our dream!"
Far too good for all of us,
I hope, I'm right about this...

But there is no point in arguing about any delay
Because we know that they work until they make a real Cake
And Lost Alpha gets done
(And this Cake is not a lie!)
And we'll play it pretty soon
And all people who loves the LA!


Congrats to the other winners :)

Wow. I'm not the man of the words, I can only say we are very glad to be here with you, and we'd like to congratulate to all the developers and fans, because everyone is a winner here!

But LA is a game now right?

Where is MERP? I dont care if it might not be released because of the c&d, I'm still looking forward to it.. Too bad the mod doesn't get the attention it deserves

All I can say is that I'm super excited about DOTR and SOTP making it into the top five, I'm looking forward to their eventual releases. I'm a real time strategy gamer at heart but great job on the other mods all the same.