A new story set after the events of the game, the Hazard Team are beamed down to a romulan occupied planet to track down a romulan spy who has leaked data on the Exomorphs. The Romulans have been using whatever means necessary to prevent Munro and his team from finding the spy including guards, snipers, and the remaining Exomorphs. After a long hiatus, the sixth level of the mod has now been released.

Thanks for voting and helping The Aftermath Episodes on it's quest to become the 2022 Mod of the Year. You are now in with a chance to score some free games from our #modlove collection. Help this mod secure more votes by embedding the widget (or link) we have included below on your favorite sites.

It's been a long time....but it's finally here

At long last, it's time. 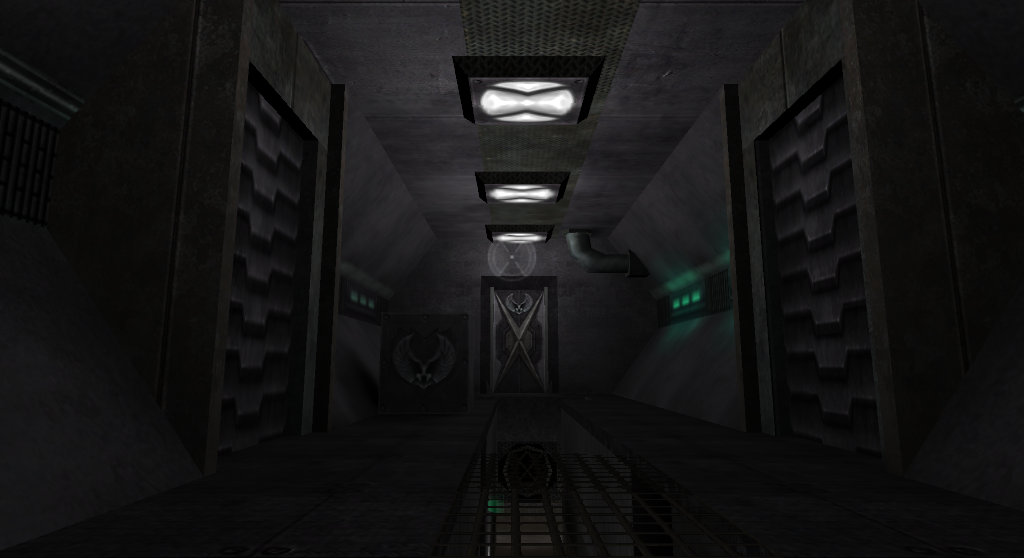 It's been 10 years since the release of a new level for Elite Force 2: Aftermath.

In this release is contained a brand new level for Elite Force 2. Updates may be released in the future to improve gameplay. This is everything we have so far that is fully playable and ready to be experienced. Images and videos from work-in-progress are included in this article.

The GOG release of Star Trek Elite Force 2 breathes new life into Single Player Mods, both new and old. The Aftermath Mod is one of the last mods to come out from the old community of Elite Force 2. And with Star Tre: Resurgence just around the corner, what better time to revitalize a mod. The previous release being in 2017 to update existing levels from 2011, with no new levels. 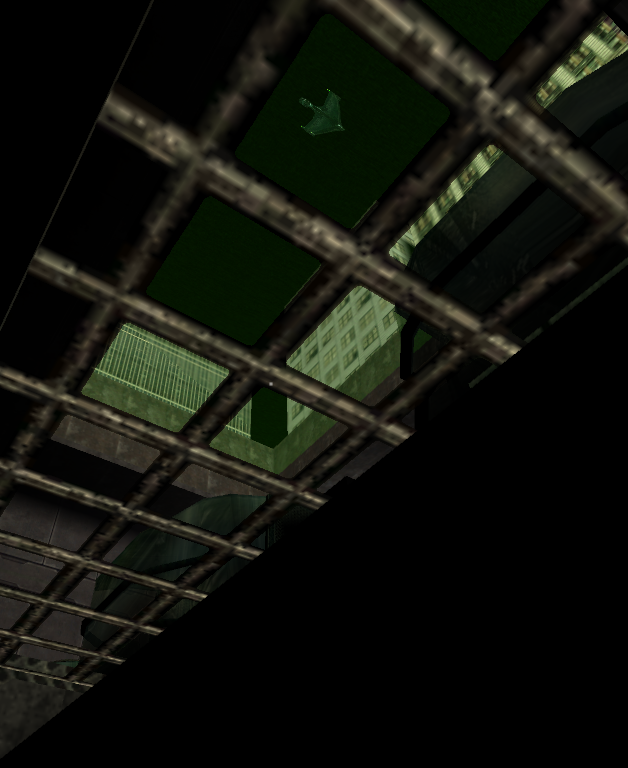 After defeating Commander Suldok at the end of Elite Force 2 and preventing the utilization of the exomorphs, the Hazard Team was down for some long deserved shore leave. There remains some loose ends to tie up. Another Romulan Spy has stolen crucial data on the exomorphs and could potentially start up a war between the Federation and the Romulan Star Empire. The Hazard Team are sent to hunt down the operative on a civilized planet in the Neutral Zone, overtaken by the Romulans.

The Revenant Lieutenant Alexander Munro was last seen being captured by the Romulans during his mission to locate and capture the spy and recover the data.
Separated from the Hazard Team, Munro has made a new friend, one called Petraq, and together they fight their way out of the detention area and uncover a mining operation. 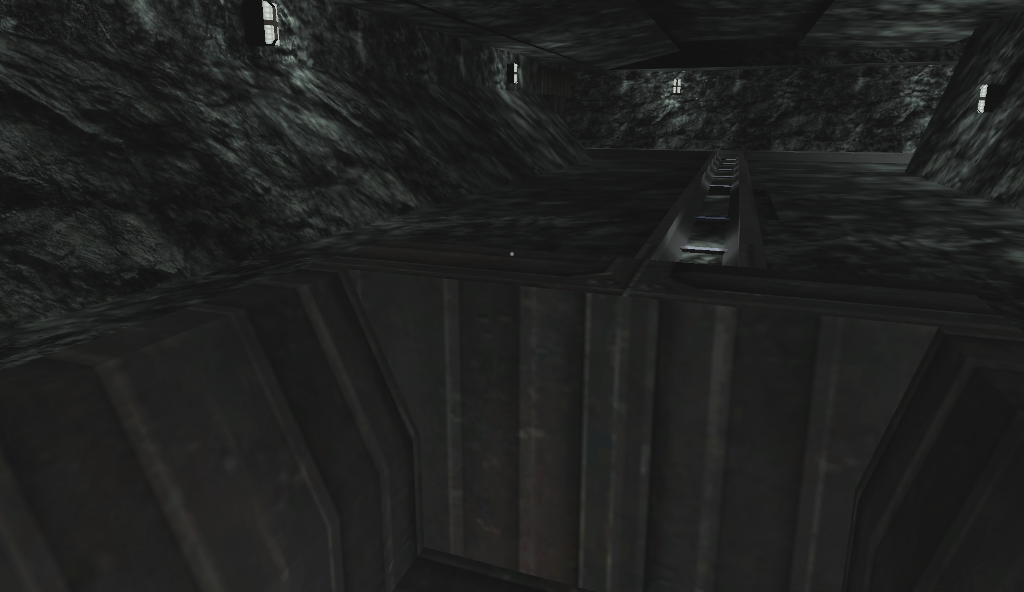 Originally titled ''Aftermath Episodes'', the mod was going to have a segment on board the Enterprise. Similar to the levels in the original game, where you would have a degree of free roam, this level would be a complete full tour of the Enterprise-E, with mostly full interactivity and various activities, including holodeck programs. This will not be part of this release, but it was part of the project.

In regard to future releases, I do not want to disappoint, so I make no promises. Life can sometimes be very unpredictable and working on a mod for free requires dedication, energy and certain determination. It thrills me to be able to release the work to the public, at long last.

The levels that would follow bring the story to an end, with the Enterprise being a (hopefully?) welcome bonus. I do not make any promise that this level will be finished or released. If there are updates, I will more than happily show them.

On a side note, let's hope that Star Trek: Resurgence turns out to be a great game. 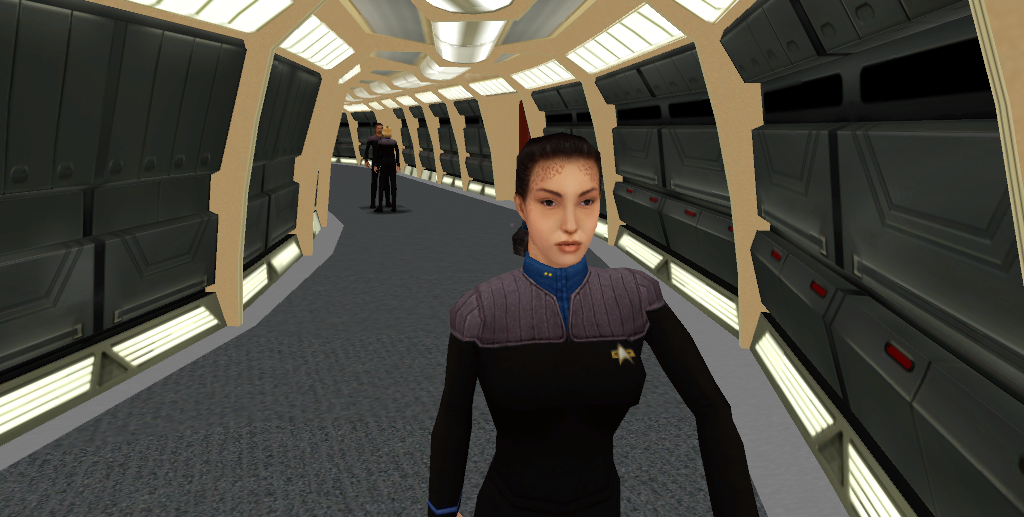 Information on the christmas update to the ef2 mod

Latest updates will be on the discord server, which can be found here

Hi all. Work on the mod stopped during 2012, but work has now been continued. The aim is to produce good quality gaming, and to finish what was started...

ANOTHER RELEASE!!!!! Your waiting has paid off, and the new levels are ready!

The Revenant Lieutenant Alexander Munro was last seen being captured by the Romulans during his mission to locate and capture the spy and recover the...

This is a re-release of levels 1-5 with an updated menu, some other map changes. More levels coming soon hopefully. A Christmas present for ef2 players...

This new release contains all levels so far to level 5. Level 5 is still at work, but this is what we have done so far. To start the game, type in the...

This preview contains the first two levels of the mod.

Did a complete reinstall with everything, I still do not see the mod in the game mode area....

Right you need to launch the mod using the bat file inside your Elite Force 2 folder. The mod runs in it's own separate folder, not your ef2/base folder. if you run the bat file the mod will open.

Nice to see, keep up the good work!

InRetro thank you hope you enjoyed the mod

So far the levels are great. Keep up the good work.