Dei Agminum (Armies of God) is an ambitious mod project aimed at becoming the premiere Medieval II Total War Crusades mod. Its origins can be traced back to the Broken Crescent Submod "Jersualem Rising". It will use the Crusades campaign from Kingdoms as a base but will in time morph into its own distinct entity. For now I will concentrate on revamping the Crusades campaign through this mod. This will include renaming existing units, settlements and factions with their historical names, introducing historically accurate buildings and new units and completely remaking unit art/UI (models, textures, banners, screens and etc.) and introducing other assets.

Thanks for voting and helping Dei Agminum on it's quest to become the 2022 Mod of the Year. You are now in with a chance to score some free games from our #modlove collection. Help this mod secure more votes by embedding the widget (or link) we have included below on your favorite sites.

Been a while since I did one of these, but I need to give an official update on the next version of the mod. So far for the Ayyubids I have completed the following:

This encompasses 12 unit types, 13 models (an additional model for the Ayyubid heavy horse) and 20 textures.

There is still much more work to be done. In the upcoming weeks I want to concentrate on finishing the remaining Ayyubid unit assets: Mamluks and General models.

I will have three types of Mamluks planned, which will be the cream of the Ayyubid units. The first are the junior Mamluks, who are the inexperienced and newly commissioned Mamluk troops. The next tier are the Royal Mamluks which are meant to be more experienced and more reliable, they will be recruitable and they will act as General’s bodyguards. The last will be the Khassaki, which are going to be the Sultan’s own elite Mamluk retinue, these guys will be recruitable only in Cairo like Crusader Veterans are only recruitable in Jerusalem and will act as bodyguards just for the sultan. Some concepts for these units: 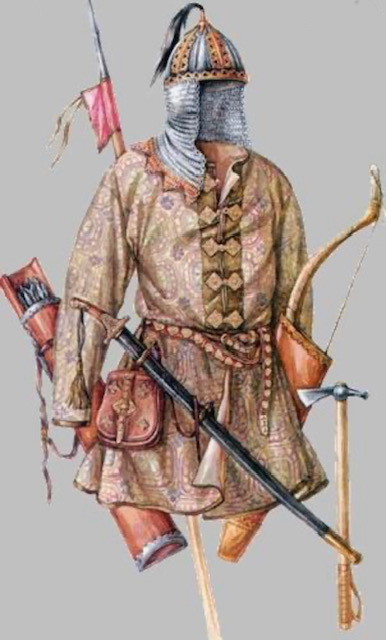 Essentially I want them to be lighter and less armored. There will be a dismounted archer variant and a mounted horse archer variant. 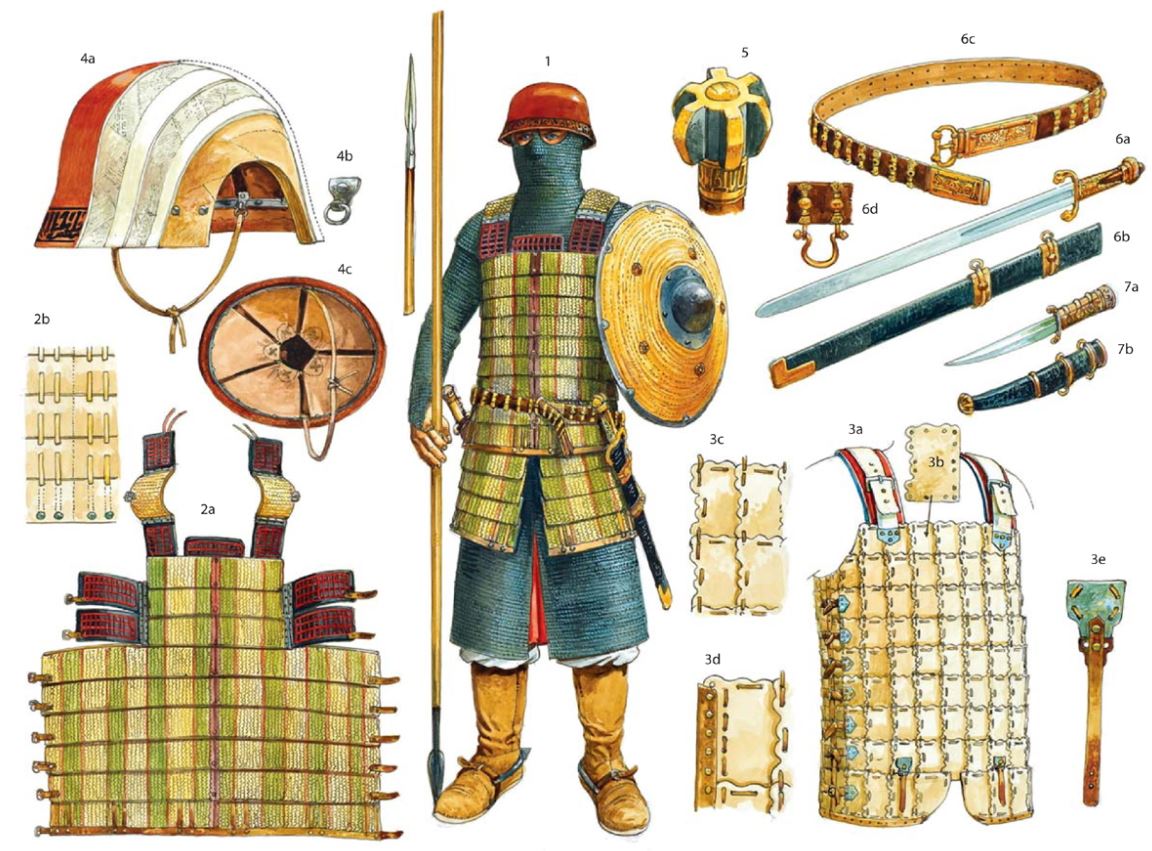 Heavier and more lethal, but a bit slower than their junior counterparts. There will be a dismounted sword-armed variant and a mounted horse archer variant. As they will act as GBs for Ayyubid generals, this means Ayyubid generals will be ranged on the battlefield. 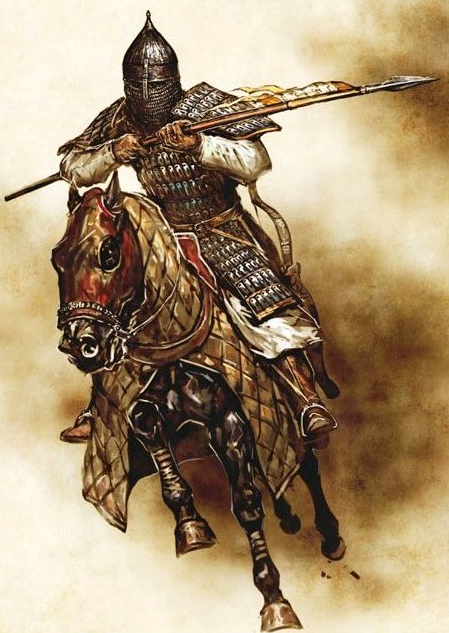 They will be the most heavily armored and experienced. They will be true shock cavalry armed with mace and lance, but their numbers will be limited as they will take many turns to create and they will only have one recruitment center, being the royal barracks in Cairo. There will be a dismounted two-handed axe version and of course the lance-armed mounted version.

These are of course images from the internet, credit to their original creators, but again they will act as the basis for my units.

Meanwhile I am still completing Crusader armor upgrades. I have just completed the Latin knights partial plate upgrade and will work on the upgrades for the Knights of Jerusalem and Norman knights next.

An update on the mod with news about development on the Ayyubid faction.

Post Version One Release news such as progress on the armor system and the next factions to be worked on.

The very first release of the mod is now available for download. Happy Crusading!

A quick primer into what armor upgrades are available to the Crusaders and how blacksmiths work in general for the mod.

First hotfix for the 1.0 release that fixes the block graphics and campaign text glitch as well as some other minor fixes.

I hope you find a mapper

I mean dude you are a one man army with all, honestly scriptiing, modeling, texturing, bug fixing, lets some one help you

Dude again not only you do all from literally from scratch you also extreme talented moder, you really go beyond with that <3

Hope we see one day all first version faction realise!

Thank you so much, your support means a lot to me. Really hoping someone notices this project and is willing to help with the map, I’ll see if I can recruit a mapper from TWCenter or something. Hopefully someone will show up! For now I can definitely make the current map a tad bit more nicer, like update the building models and stuff at least.

Yep, I’m confident that Egypt/Ayyubids will be ready by Christmas. Only a few things left to do for them. And then technically there are just two more base factions to complete: Byzantines and Seljuks….I’ll do Seljuks next definitely. They should hopefully be developed quickly like Antioch because I should be able to use a lot of the same assets for them that I used for Ayyubids.

Sure am sir, but unfortunately I know jack-shyte about map-making. Definitely want a bigger map with new building models....would you be able to help with this?

There is an absolutely gorgeous map of the Holy Land made by Gigantus: Twcenter.net
To my knowledge, this is the best one created for Medieval 2 so far. Plus, it's already fully fleshed out and just needs to be filled with life.
It was put to use in the discontinued In Nomine Dei mod. You can check out the preview pictures here: Twcenter.net
There might be some other resources from IND that could be useful for your project, such as scripts, unit models and UI. The mod actually got quite far, it simply doesn't have functional recruitment, unit rosters are incomplete, and it's rather bland in terms of buildings.
Also, have you considered collaborating with these guys here: Moddb.com and Moddb.com?

That map is very tantalizing.......hmmm if only it had more of Anatolia and the Hijaz region (Mecca and Medina) in Arabia.....maybe I can rebuild it......

I have tried to edit the French knights in order to remove Spears but it does not work at all..

I want them to be dismounted also, would be great.

As I am so bad at modding, may I Ask you to work on French dismounted knights when you get a bit of free Time? I would have done it if i was not that bad...

Thanks so much for This mod by the way.

Hello Guesclin, you need milkshape to edit the models. You can remove the lances by deleting the elements in milkshape. Then you have to update the comments for the swords, because they are programmed as secondary weapons.

Ok so do the following:

1. Convert model to milkshape format.
2. Select the lances and delete them on the model.
3. On the comments for the swords enter the following comments:
“Sword
Sword_1
0”
Change the second line for the second sword to “Sword_2”.
4. Save and Reexport model back to medieval 2 Mesh format.
5. You will have to change the french knights entries in battlemodels and export_descr_unit to make them dismounted/purely foot infantry.

May I Ask you to have a look on yourself TheLastTemplar ?

You would be my saviour

So I did exactly what you've told me. But it doesn't work.

I also tried to remove Sword 2 and 3 with no result at all.

Then I Switch the Sword material from "attachment" to "figure" (as tu is for other modèles). BMDB and EDU are written propely. I have no idea what could be the solution. Maybe textures..

Are sure the model is setup correctly? Convert a different sword unit and compare it against your french knights to see if you missed something.