The Core Version 2.0 - The Brushwork-Hell

How have you been. You monster.? GLaDOS would ask... Well, we've been busy with a new version for "THE CORE". Inspired by the instant classic 3D-shooter "Quake" we are working on a new style for our "Portal 2" mod. We are adding new elements to it as well as giving all maps a new touch. CosmicD is creating new deadly puzzles and Darth_Brush is re-crearting all maps and is providing them with more details and brushwork. This mod doesn't take place in the Aperture Science universe anymore, it takes place in a dark digital nightmare.

After the first release we decided to go far away from the original "Portal 2" style and "THE CORE" will get an own remarkable look. We've kicked it into 5th gear with development and today we can show you some in-game screenshots: 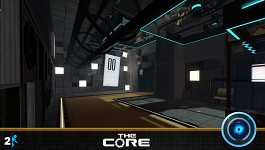 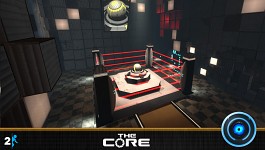 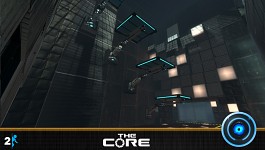 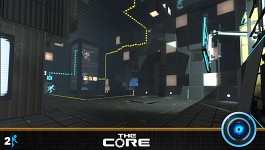 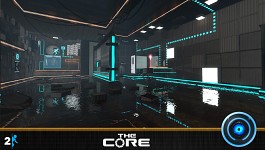 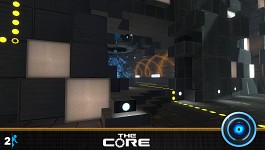 We're sure you are all thinking ‘When is it going to be released?’. "Team Delay" don’t have anything set in stone, we don't want to make any promises. "The Core" is progressing as smooth as ever, so kick back, relax, and don't forget to track this mod.

THE CORE Patch 1.1 is now available for release and is a significant update which contains both extra content and bug fixes!

After 2 weeks of THE CORE release, it's time to sit down and discuss the future, the very near future that is.

THE CORE is now released

This is more beta news and i'd like to explain some things going on behind the scene!

HOTFIX PATCH for 1.1b

This file is needed if you want to continue to play the campaign from the main menu. Valve released a new DLC for portal 2 which reads the main menu in...

You can find the updated full version of THE CORE in zip archive fomr here!

THE CORE 1.1b installer

You can find the updated full version of THE CORE in this download!

Is this mod really dead...

It's been out for years.

Please don't install this mod in portal 2 in it's current form any longer, it's also updated on my steam workshop

is it supposed to look EXACTLY like portal 2 begining with wheatley or did i install it wrong?
because so far its portal 2 not a mod

oh, This has been released on my workshop quite a while ago :)

So much time passed and still no news :/

and also, the "trying-to-update" bug is in both an auto-installed version and a manually installed one

at this point I wouldn't install this mod anymore. We're checking into this when the workshop version of the reloaded mod is ready. The mod uses a template that is now old and defunct because valve updated portal with the puzzle editor.

What I'm going to try is to build a new mod template from scratch and hopefully it will be populated with the correct up to date files. Then I'll add in the new maps and required scripts and we have to test the new situation.

The whole reason why I started the stand alone mod was because there wasn't an easy way for me to deliver all my custom stuff. THis has changed with 2 magic things, namely pakrat and the workshop.

I would like to begin a discussion to see if someone is even looking forward. The advantage of the mod is that - when it works and doesn't cause these update bugs anymore - will provide you with custom elevator movies. The rest is highly upgraded and the level design of the workshop version is superiour also.

The Other Way Portal 2