Portal 2 Memories
The idea behind this is to make an episodic mod, which you can play as it grows and every new chapter will be based on a whole new theme. The basic concept is the following:
You start at the main room. Use the portal machines to visit the chambers and gather all the Cores and bring them to the main room and open the gate leading to the next chapter.

An episodic mod you can play while it grows.
A new chapter will be released when it's done.

HINT!
There is always a secret in the chamber 3 in every chapters :)
I hope you find it!

Special thanks to:
Soad667

I hope you enjoy it, and if you have any ideas feel free to tell me at Martin.johansson@hotmail.com

With Valve's newest console the Steam Deck also came the surprise announcement of a new Portal game - Aperture Desk Job! Read on to learn more about this and five great Portal mods to get you in the mood! 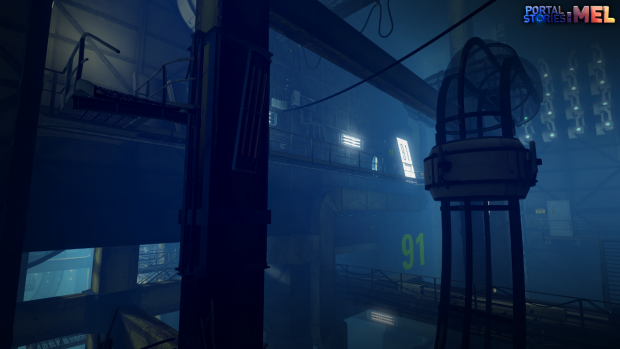 1952, in the early years of Aperture: Science Innovators, Cave Johnson’s scientists experimented with whatever they wanted. The protagonist, Mel, unfortunately took part in a faulty test, falling asleep for years. When she finally wakes, there is a fake Cave Johnson telling her she needs to escape the facility. Using the portal gun, it's up to you to uncover the truth about what's really going on here. 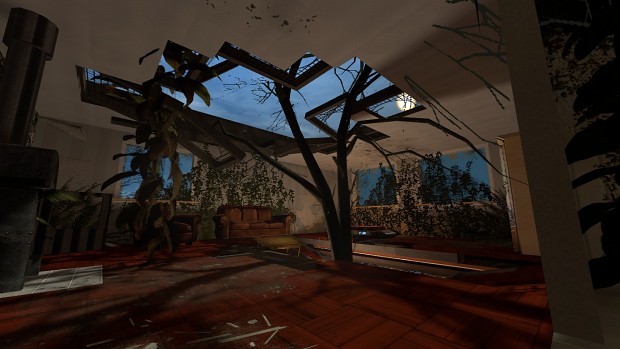 An episodic-styled mod, each chapter has its own twist, theme, and setup, with the goal being to bring cores from each chapter's individual levels to a hub that will open up the next chapter. Secrets are common, innovative mechanics make every level feel distinct, and the result is a loosely connected but competently made puzzles for any Portal fan. 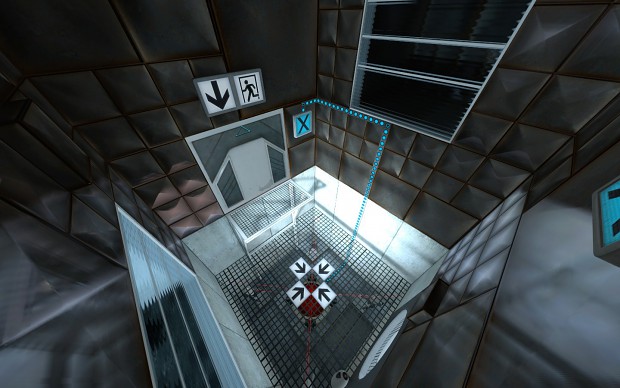 Portal: Prelude is one of those mods any long-time fan is probably already familiar with - but with all the new ones that might be being drawn in by this latest instalment by Valve, you can't miss this historical piece of mod work. A solid campaign with many new ways to test your puzzle solving skills to their limits, there's a good reason this is one of the all-time classic mods on the site. 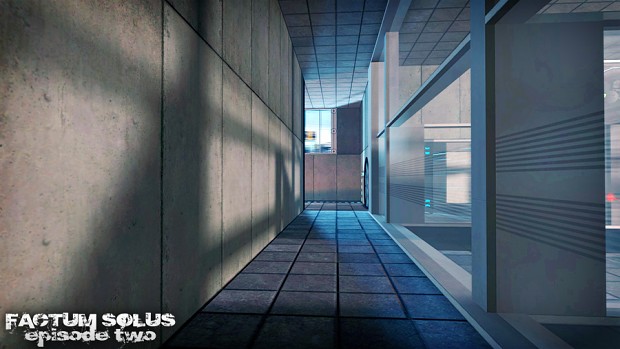 Factum Solus is a story driven episodic Portal mod. Player plays as Chell from the original Portal, but in a totally new exciting universe where the Aperture Center is not controlled by GLaDOS but a AI called Ben.
As the player goes through new, creative and well thought out puzzles, she discovers that there is someone watching her. Someone not from the staff of the Enrichment Center. Who could it be? 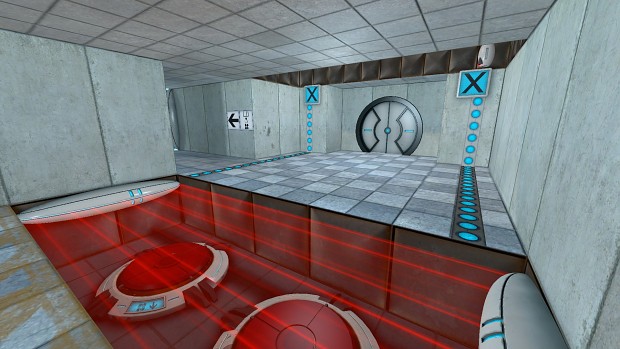 On the Xbox 360, Portal received its own set of special levels to give console fans a little more Portal than they bargained for. However, these levels were never officially ported over to the PC, leaving PC Portal fanatics left out in the cold. Thanks to this team, nobody need miss out again, with all-new ways to think with portals.

The Portal franchise is almost as recognisably iconic as Half-Life, forming an integral part of the Orange Box with its original release and the sequel becoming one of the most highly-reviewed games of all time. Portals open up entirely new avenues of puzzle-solving that, at their hardest, present some genuinely tough brain teasers. 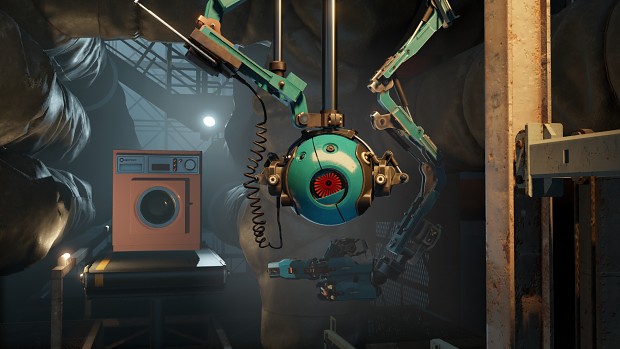 Aperture Desk Job is the newest tech demo by Valve, who frequently
use Portal's universe and scientific canon as a springboard for tech demos.

Although the last full Portal game release was a decade ago now, Valve regularly demo their new technology in this universe thanks to the spirit of invention Portal represents. Hand Labs, Moondust, and now, the entirely free Aperture Desk Job are all minigame-sized experiences that do a solid job of leaving fans wanting more whilst aptly showing off the power of new hardware. Desk Job sees you operate a construction line with the help of a new AI buddy as Portal's characteristic tongue-in-cheek entertains throughout. 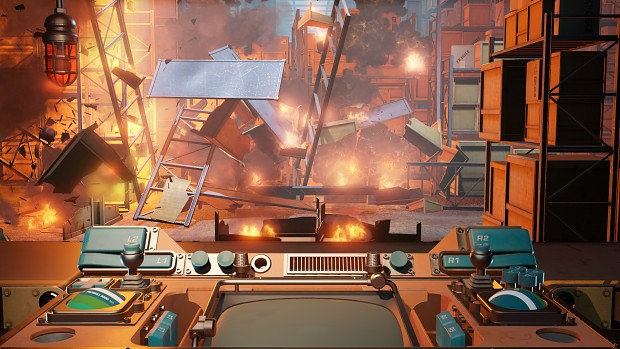 Predictably, things can - and regularly do - go wrong within any Aperture experience

Desk Job reiterates Valve's awareness of Portal's value as a franchise, with all manner of spinoffs having appeared over the years. With Portal and Portal 2 coming to the Switch and a recent appearance in popular advertising, some are speculating this is the lead up to something bigger - not helped by Valve's own mentioning of the words "Not Portal 3" in the description for Desk Job. For now, we have another free demo to sate our Portal curiosities - and plenty more mods to enjoy.

You can also check out more Portal 2 mods here.

A visual tutorial of Portal 2 Memories Chapter IV. This is for people who are struggling in this Chapter.

A visual tutorial of Portal 2 Memories Chapter III. This is for people who are struggling in this Chapter.

A visual tutorial of Portal 2 Memories Chapter II. This is for people who are struggling in this Chapter.

A visual tutorial of Portal 2 Memories Chapter I. This is for people who are struggling in this Chapter.

Here is the full mod in just ONE download No .exe file this time. This is a .rar file, much better and you all can feel much safer to install this mod...

This is the chapter 5 in this portal 2 mod called Memories. Try to find the secret in chamber 3 :) every chapters have a secret in them. Good luck and...

A full remake of the memories mod from the Portal 1 game.

A full remake of the memories mod from the Portal 1 game. To install, follow these steps: 1. Install the Portal 2 Memories Chapter II.exe file 2. Open...

A full remake of the memories mod from the Portal 1 game. To install, follow these steps: 1. Install the Portal 2 Memories Chapter II.exe file 2. Open...

A full remake of the memories mod for Portal 1. To install, follow these steps: 1. Install the Portal 2 Memories.exe file 2. Restart Steam and you will...

ill still be waiting for chapter 6, i love your work

You must see the original Part 1 to this, made for Portal 1 instead!

chapter 2 was broken tho, mostly missing textures for me

are you going to make episode 6?