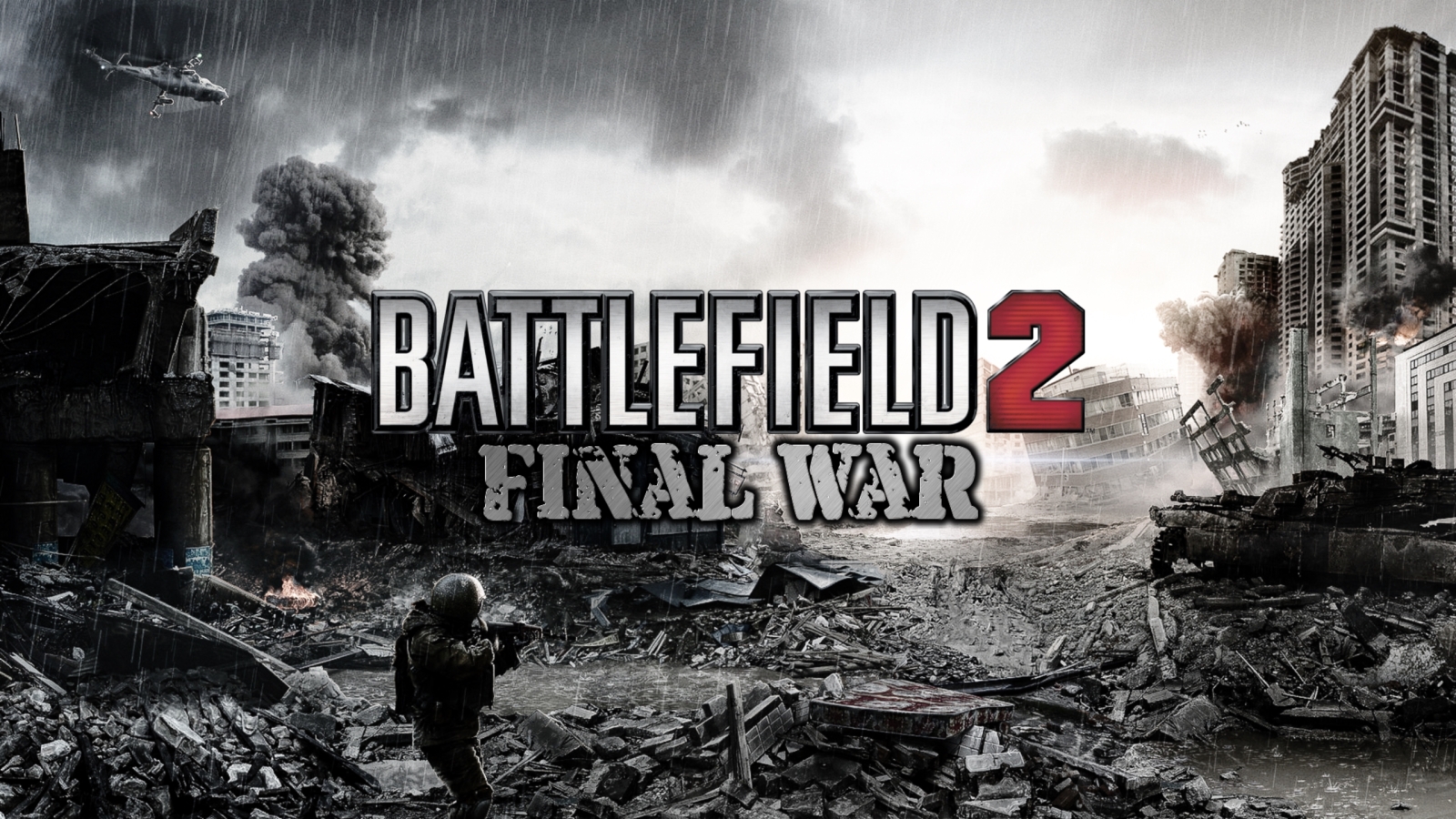 This modification aims to add a new experience to Battlefield 2. By balancing arcade and realism, we hope to create a new semi-arcadish and semi-realistic gameplay.

As of the 29th October 2015, Ussuri Studios is no more, it has instead been renamed to KB International (as of June 10th, 2016, KB International is now Enryuu Studios) to signify that we are cutting our roots as a subsidiary with our parent company, the CAT Mod Development Studios.

In other news, after a long unannounced cease of development, BF2: Final War is finally back on track, or at least partly. As you may have read the header of this article, BF2: Final War is changing it's development plan. This is mostly because of the fact that the original plan is no longer sustainable nor plausible since it had too many elements to be incorporated for 1.0 release. For example, to have 28+ factions for release 1.0 is hardly realistic. Instead we have cut down the amount of factions for the 1.0 release to 9+ factions. However, after 1.0 release there might be a number of updates, hotfixes and 'DLCs' as they are called. These DLCs can contain what ranges from new maps & map packs to whole new factions. Anyway, this will also mean that development will be temporarily set back to Pre-Alpha as the mod has to be rebuilt & restructured. 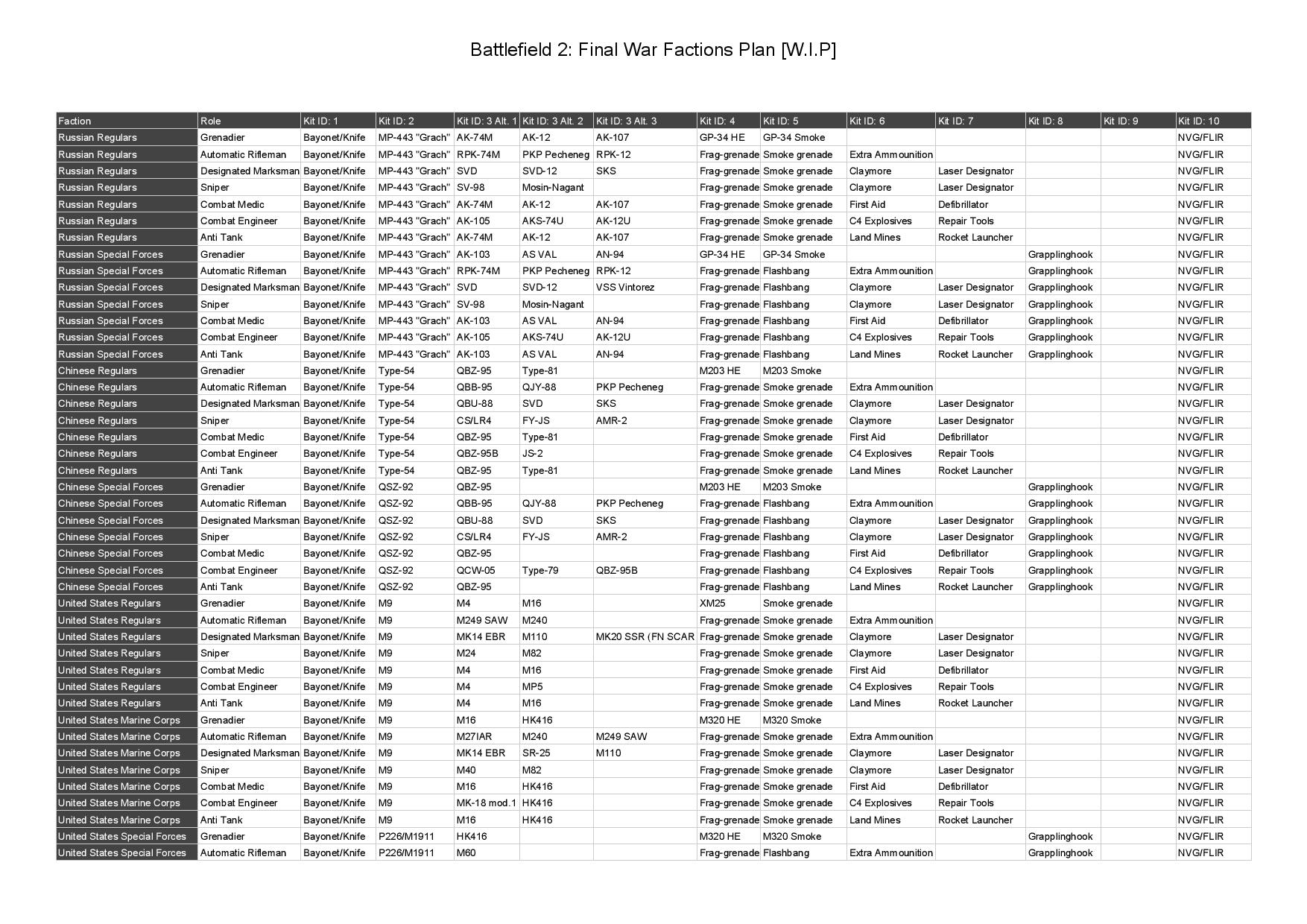 Beside those news we have an announcement to make, Enryuu Studios has entered an collaboration with the BF2 Unlimited Action Development Team, this will be noticeable by how we'll for instance will share some content with each other, so some features & content seen in for example BF2: Final War may also be seen in BF2 Unlimited Action and vice-versa.

And lastly, Enryuu Studios is currently recruiting more members for the modification development team, we are mainly looking for animators, 3D artist, 2D artist, level artists & programmers though we will also accept others if our certain criteria is meet. 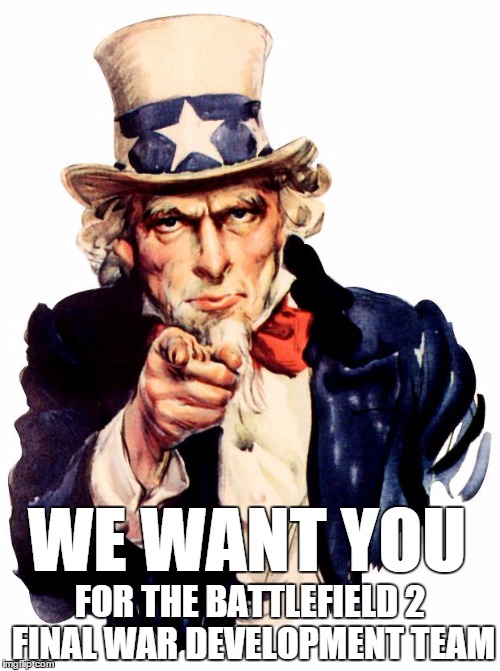 That is all for now, stay tuned for more news regarding Battlefield 2: Final War and Enryuu Studios in the future.

EDIT (08/03/2019): As of 2017, development has been ceased indefinitely. we apologise for the delay in relaying this information.

Hello soldiers! As you may know, the Battlefield 2: Final War Public Alpha was released on the 18th May this year. Some of the current features are, new...

After waiting for a long time it's finally here, THE BATTLEFIELD 2: FINAL WAR CLOSED ALPHA! Since the Alpha is closed for the public, not much information...

Missed some highlights from last week? Here's a bite sized wrap up.

This tutorial is only the basics of weapon selection icon making ( My first tutorial ) :)

Yeah agree with the ones who said it wa a shame. Though bet it took many hours of work every day to get to the state it is in. Life always get sin the way. We don't know what changes the devs went through. i'm sure they hated giving it up.

I would like to say thanks for what work you did give us. Very much appreciated.

Not a wonder seeing this mod ceasing development. Last update related to it was about 3 years ago. Overall, it was a stale experiment with lot's of weirdness.

Ikr, I do love the fact that it introduces Factions that are rarely put into a FPS game like Sweden,Norway,Iran,Kazakhstan and CSTO which is a counter-part of NATO. A shame really that it stopped development, the Mod had many potentials if not for the glitches and bugs that plagued it.

a couple of weapons are good

Terrible FPS, screen tearing, and crashing.
Shame, because this has a ton of potential.