Version 1.3 for The Titans

unzip contents of the .zip file to your Age of Mythology directory

History and Mythology Become One!

The most definitive mod for Age of Mythology brought to life! The Expanded Mod vastly overhauls the game with new units, techs, maps, aesthetics, balance fixes and more in the first mod that blends cut content from AOM's development history with overflowing brand new content and more! The Expanded Mod also cultivates ideas from the mainline Age of Empires games to give AoM an even more classical feel.

Consult with the mighty Oracle atop her mountainous shrine, and she may tell you the same ideas about what the mod has to offer...

For Best Results, install over a clean Installation of Age of Mythology, with The Titans

To uninstall, just uninstall and reinstall the game, and delete left-over folders, legit the best advice I can give you since how large scale Expanded Mod is.

2.3.3 for Extended Edition
(Steam Workshop) Press the Big "Subscribe to All" button on the above link, to remove select the "Unsubscribe to all"

(Moddb Mirror) Extract the ZIP file into your steamapps/Age of Mythology/Mods folder, and enable it in under AoMEE's Workshop,

To remove, simply disable, and delete the folder from the mods directory

List of all mods and assets used, refer to contributers for direct assets.

Thanks for voting and helping Age of Mythology: Expanded Mod on it's quest to become the 2021 Mod of the Year. You are now in with a chance to score some free games from our #modlove collection. Help this mod secure more votes by embedding the widget (or link) we have included below on your favorite sites.

Expanded Mod is being put on hold indefinitely - the major reason is due to real-life complications. This includes the detail information/addition/changelog booklet/PDF, Titans backport of "2.0", Chinese content, fixes, balance patches, etc. 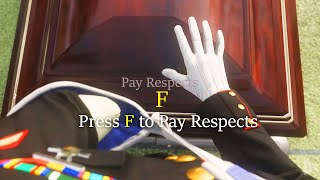 The First Dev Diary of Expanded Mod, and the first planned of 3 more. Here I elaborate where V1.3 failed, the issues that will be addressed and fixed...

A Small news post, that introduces the official Steam Group

Hello peeps, this is an article on the features and plans for v1.2

The Newest release in Expanded Mod for Age of Mythology, adding numerous changes and additions.

Aloha, I have played a lot of version 1.3 of the titans version and I know it has some errors and I would like to ask permission to correct some, such as the translation, mini .ddt image problems and add some units of the drgaon version and of course the translation into Spanish.

I thank you in advance for your help and for bringing this mod.

I have tried all methods to incorporate this mod into my Extended Edition v2.8, but there is a problem I cannot solve at all after I have tried everything - all the icons/stickers of units, building, and as well as in the tech tree, all become invisible (but when I put my mouse there it shows the information of the icon, which means that it is actually there but just the icon did not display.

Do you know how can these issues to be solved? Thanks.

No clue, it's a common issue, and the only thing I can conceive of is that your CPU or GPU is either too old, or you have a non-Intel/non-Nivida CPU/GPU.

Hey! Can you help me? In single play I can't see allies on a map. How I need to fix it?
I saw our comment below "Research either Writing or Ambassadors depending on your version" but I don't know what is it mean :(

Okay, I found a solution. The market needs to open improvements associated with the map.
Now another question. My opponents develop, attacked, but my member AI all the game is produced by resources, build a couple of houses and that's all.

Research Ambassadors in the EE version, or Writing in the TT version.

No clue, did you make sure all AI use the Standard AI because random AI has the tendency to decide to defend and only focus on myth units + heroes + eco

How to uninstall this? a uninstalled and installed the game 3 times and the units and constructions from the mod continue appearing

Thrones of Time Age of Mythology: The Titans