Welcome to the 7th Annual Mod of the Year Awards - the premiere event that celebrates the best creations within the modding and indie gaming scene. Developers have poured their blood, sweat and tears into creating new gameplay experiences that truly "change the game". Now its time for the gamers to voice
their opinions and select their top picks of the year.

From now until Feb 28th, the MOTY will present to you the cream of the crop for 2008 as voted by the public. The top mods and games will win the honors of being placed alongside other projects that have gone on to become commercial successes and cement their place in ModDB's hall of fame. And to the winner goes the spoils; ModDB has teamed up with a whole lineup of sponsors that have provided prizes ranging from software to servers to commercial engines. Everything to help budding developers excel at their craft.

Here's our choices for the best multiplayer games/mods of 2008 that had a little something extra to break away from the mold.

One of the best things about ModDB for me has always been shuffling through the site archives to see what surprises I can dig up. Now that I actually work here, I keep closer tabs on all the content that filters through the entire site. There's a lot of good mod ideas that go into development but never come to fruition. When something unique actually gets released, it should be a cause for celebration. The mods/indie games chosen for this category demonstrated the most exclusive gameplay experiences for us in 2008. All of the nominees listed here brought something to the table in order to separate themselves from the rest of the pack.

Celestial_Impact wrote: Celestial Impact is a team multiplayer FPS taking place on asteroids with spherical gravity. The game is unique in that the landscape can be deformed in every direction. Players can add or remove terrain during combat by aiming and firing a special tool called Dirtgun. Celestial Impact is a PC game developed in Sweden that started with a few university students having an idea of an unusual and fun game. The idea evolved into a larger spare-time project and has now reached a fully playable version. 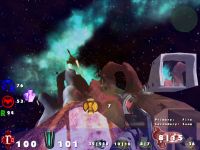 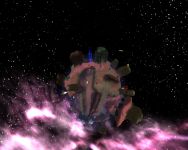 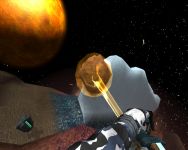 Crankshaft_Games wrote: Eternal Silence is a science fiction mod that pits two capital ships against each other in a seamless blend of space warfare and tactical infantry combat. Pilots coordinate strikes with invading infantry in order to take down the behemoth capital ships from both the inside and out. Bomb important systems, escort a squad of marines to cause damage from the inside. Watch as railguns fire projectiles the size of buses at the enemy hull. Fight with many futuristic weapons including a flamethrower and remote controlled SMG. 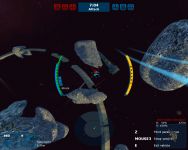 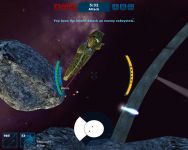 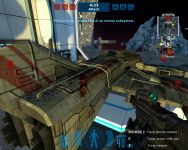 Europe_in_Ruins wrote: Europe in Ruins is a modification for Company of Heroes that converts the game into a MMORTT. Units are purchased and managed on the backend website and transferred into the game for battle. After the battle, the units are automatically updated on the website, units lost are removed from your company, units surviving have their experience levels updated. Best of all, the modification does not affect your Company of Heroes or Opposing Fronts installation or your ability to play the original game with the modification installed! 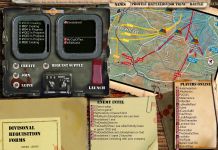 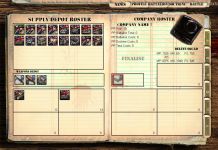 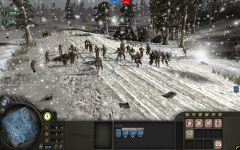 SA-MP wrote: SA-MP is a multiplayer mod for the PC version of Rockstar's GTA: San Andreas, which allows people to play together over the internet or a LAN. It features user scripted game modes and servers holding up to 200 players. 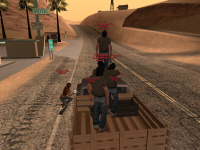 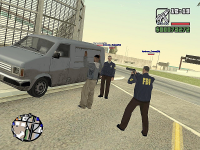 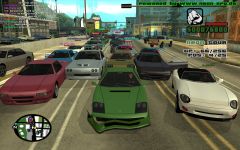 Smashball_Labs wrote: The Galaxy’s Most Violent Virtual Sport! Check out our web site at to learn more, watch video, or download the game! Are you tired of slow, boring games? Do you yearn for superhuman powers and extremely violent deaths? Do you like hookers, and your balls? Smashball is a fast-paced, ultraviolent first-person-shooter played as a highly structured team sport. Two teams use superhuman maneuvers, a high-tech grappling hook, and high-powered weaponry to try to get a single ball into their opponent’s goal. 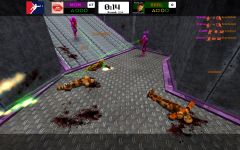 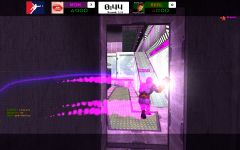 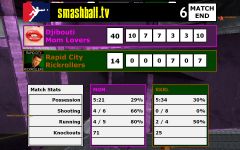 I like the concept of Celestial Impact best, Europe in Ruins kinda blew my mind in that I didn't think this was possible and SA: Multiplayer kinda wins with amount of content eventhough I don't really like the engine too much.

Eternal Silence for me.

I'm getting pretty fed up with the endless stream of countdowns here on moddb.

Hang in there, champ :D

As I was involved in the translation of ES I am biased and would pick CI instead for the great idea of transforming and creating the battlefield! :)

For this category I'd have to say Smashball hands down as being the most innovative.

Though, I haven't played EiR and it sounds very interesting.

Good luck to the winners.

I think Celestial Impact will win the war as we speak about most innovative. Not most workable idea or best idea.

although I think eternal silence will be the likely winner, i was really quite amazed by europe in ruins. But in any case, very nice picks. Congrats to all the nominees!

Smashball's gameplay was tons of fun in the last build I tried, has lots of potential as far as I can see. However as I read about Europe in Ruins I'm thinking this has to be the best idea someone has come up as a mod, guess we'll just have to wait and see who wins :)

no Suicide Survival? I'm a disappointed. My pick: Celestial Impact.

I liked ES the most but it's definetly not the most Innovative.

Graphics wise, Eternal Silence is pretty good (other space to station combat like SW Battlefront 2 etc), but since this is an Innovation award, I would say Celestial Impact, since it gives a whole new meaning to "Dig a big hole and jump in it!" And being able to terraform your way out of almost any situation. lol

Considering it's the only one I've played, ES gets my vote.

However, CI looks interesting. I'm going to try it.

Why wasn't Suicide Survival on there? :(

I'm sure Smasball is going to win, but Celestial Impact would be my choice.

I haven't played any of them, but I will try out the winner.

Tough call... but I guess what CaptainSource says makes sense. CI takes a different stab at gameplay: spherical... I assume it is really spherical... and all direction terraforming. Now this by itself is not really new neither. Red Faction back then boasted about a terraforming which is totally free ( not simply height deformation as for example in IOTD ) and if you want to go back even more Worms had this as central gameplay element. Here thought it looks like push and punch on the terrain. Can't make fully heads or tail out of this but it definitely is particular so I would guess CI made it.

Celestial Impact is absolutely ground breaking in my opinion. Running with the flag and propelling yourself into the sky and creating a walkway 100 feet in the air is priceless. So is having the guy chasing you take out the ground below you or encase you in the ground... quality and unique multiplayer action

where project reality? I'm really missing it :(...after all I'm for Eternal Silence

ow lol only 14 minutes to go :) will probably be ES though :P

I like the old voice I hope this voice is not on the mod of the year...

I thought it might win, since I knew it had that terrain gun and interesting gravity physics, but I could never play it cause it didn't seem to like my graphics card too much. *sigh*

I haven't excepted to this, but I keep the winner's name in mind. Congratulations Celestial Impact!

I would say Celestial Impact is by far the most innovative multi-plyer game in that list. Ethernal Silence is awesome but not really invotive.

How is es innovative? Its just ship to ship combat like anything else!

Ah, yes. But the difference is that they did it on the Source Engine. Really well, in fact.
EDIT: Damn, Henley got to it before me, and with a better point, too. D:

Concrats to the Celestial Impact team. I'm inspired to play it now.

Congrats to the team behind Celestial Impact. This appears to be a highly deserved victory.

Celestial Impact, I will give it a try!

i havent played any of them :P

Most Innovative - got to be Celestial Impact. Thats not to say its necessarily the most fun.. but definitely the most innovative.

You all saw me kick some serious *** (more like get killed :P)

THIS WAS A BRILLIANT IDEA!! Compiling the best mods in an entertaining and easy to navigate form makes it easier than ever to breathe new (free) life into games.

Thank you to everyone creating these mods.