Welcome to the 7th Annual Mod of the Year Awards - the premiere event that celebrates the best creations within the modding and indie gaming scene. Developers have poured their blood, sweat and tears into creating new gameplay experiences that truly "change the game". Now its time for the gamers to voice
their opinions and select their top picks of the year.

From now until Feb 28th, the MOTY will present to you the cream of the crop for 2008 as voted by the public. The top mods and games will win the honors of being placed alongside other projects that have gone on to become commercial successes and cement their place in ModDB's hall of fame. And to the winner goes the spoils; ModDB has teamed up with a whole lineup of sponsors that have provided prizes ranging from software to servers to commercial engines. Everything to help budding developers excel at their craft.

Each year we thank the winning teams for their creativity and dedication by distributing prizes from our sponsors. If you would like your product / service shown here and given to a deserving development team at the conclusion of the awards, please contact us for information.

From GarageGames we have over $3000 in software and gear to give away. The winning Players and Editors Choice (best released) mod teams will each be receiving a Torque Game Engine Advanced licence and a big bundle of game development tools including:

The runner up team in the Players Choice (best released mod) categories will be receiving a Torque Game Engine Advanced licence.

From Noesis we have 28 game development DVDs worth over $1500 to give away. The winners of the categories below will be able to choose a title(s) from the Noesis catalogue and receive it via digital distribution:

From GOG.com (Good old Games) we have $500 worth of classic DRM free games to give away. Considering the most expensive game on the GOG store is only $9.99 that is a stack of games. The winners of the categories below will be receiving games of their choice from the GOG.com store:

From 3D Total we have $900 worth of texture DVDs and artist magazines to give away. The winner of the 2008 Mod of the Year will be receiving the complete 16 DVD total textures pack. All other teams which make the Players and Editors Choice showcase will be receiving a PDF copy of the latest 2DArtist and 3DCreative magazines.

From NuclearFallout.net we have $1000 worth of game servers to give away. The winners of the categories below will be able to give their playerbase access to a high-speed 16-32 slot NuclearFallout game server in the United States: 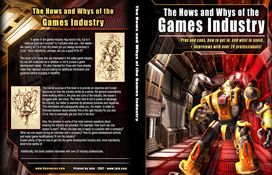 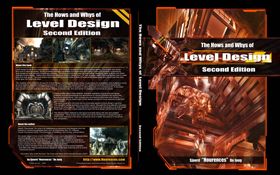 From Hourences we have $1000 worth of level design and game industry books to give away. The winner of the 2008 Mod of the Year will be receiving a hard copy of Hourences books The Hows and Whys of Level Design and The Hows and Whys of the Games Industry. All other teams which make the Players and Editors Choice showcase will be receiving a PDF copy of each of these books.

Follow
Tags
Embed Buttons
Link to 2008 Mod of the Year Awards by selecting a button and using the embed code provided more...