The SoGE rebuild is complete and we have officially released version 4.11.0 of Sins of a Galactic Empire!

Welcome to the final update on the SoGE rebuild! We are now officially releasing version 4.11.0 of Sins of a Galactic Empire. Since our last release we’ve been working on rebuilding the mod from scratch to crush little bugs lying around and to optimize the mod for better performance. We’ve touched on pretty much every aspect of the mod, bringing small changes and massive optimizations across the board. 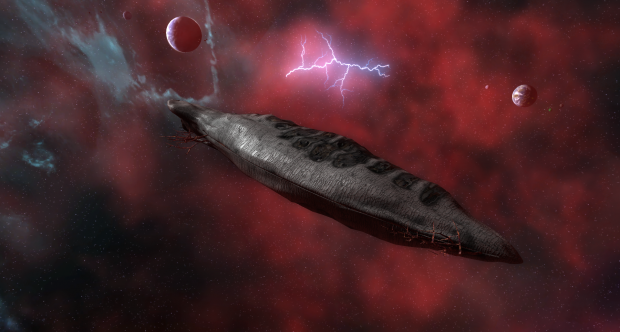 Additionally, in response to the many requests for it, we have added full support for the ingame Map Designer! You can now use it to create custom maps to your heart’s desire. Users of the Galaxy Forge will not be disappointed either, as a handful of new unique ship assets have been added for those who want to make specialized segments from Star Wars history. Such ships include an Imperial Acclamator, Imperial Venator SD, Imperial Victory I SD, NR MC80B, NR Executor, and Katana Fleet Dreadnaught. I’ll also put out a reminder that SoGE does have a way to put in capturable ships; simply add whatever ships you wish to be capturable into a ShipGraveyard planet and they will be disabled and rendered capturable by colony frigates. Plus, a specialized planet with the mesh/particle of a K-class star has been added for those who wish to make “systems” without being forced to turn to star entities with their unique star to star travelling. Further we have implemented support for the Roaming Militia of Outlaw Sectors. Also, there have been some slight changes to the uncolonizable gravity wells. Black holes are now a thing, courtesy of Cole Protocol of SotP, the various clouds and storms have had their particles swapped out for beautiful, and optimized, ones from STA3. Hopefully all of this will make SoGE an even more enjoyable experience. 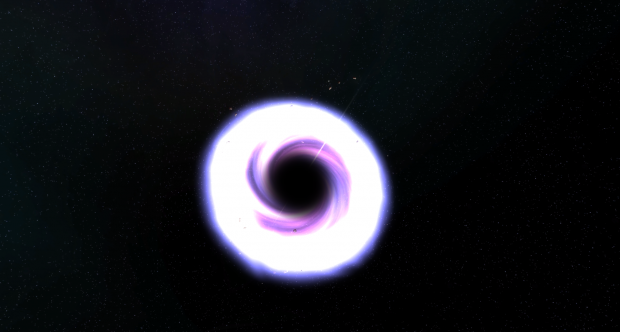 Moving forwards, development will be shifting away from major gameplay changes and sweeping balance patches, and instead will home in on the neglected parts of gameplay and polish. Such parts include random events, while polish covers areas such as putting in newer, and better, models and fixing up the rigging for existing ships with terrible or non-existent rigging. Additionally, another focus will be redoing the shield meshes of SoGE. Currently, SoGE makes use of hull hugging shields, which are both lore inaccurate and are more CPU intensive than the lore correct bubble style shielding, as seen in media like the Clone Wars CGI series, which is both EU/Legends and Canon. 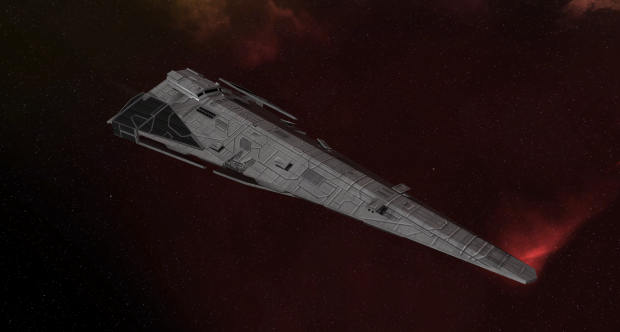 I would also like to take this opportunity to personally extend a thank you to fellow team member M. Meier, for his pysoase tool set, which has been absolutely invaluable during the course of the rebuild and is an extremely useful asset for all Sins modders. Without it, and his assistance on the whole, the rebuild would not yet be completed. We would also like to give a nod to Interregnum and Ascendancy, the other two high quality Star Wars mods for Sins!

We would like to thank everyone for providing feedback and suggestions from the previous versions of the mod as well as the fans and players for their support! If you enjoy this mod, and enjoy the rebuild build of the mod, please consider voting for us in ModDB's Mod of the Year contest. 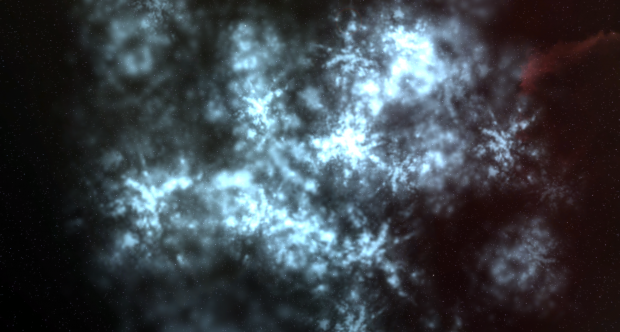 -Rebuilt the mod from scratch, killing any leftover Entrenchment-era kinks
-Extended support to ingame Map Designer
-Added black hole and K-class star planet types
-Changed particles for cloud/storm uncolonizable planets
-Revised stars and star particles
-Changed the CIS supercapital system to being a cap of 4 like the Alliance, with the Subjugator being toned down to become a cap of 4 supercap
-Buffed Mandator II's weapons, shields, and Advanced Fleet Tactics ability
-Lancer swapped out for Raider and adjusted stats accordingly
-Assault Frigate Mk.II removed and replaced with a DP20 as the Alliance’s scout; stats have been adjusted accordingly
-Reduced Alliance AI's bonus to match other AIs
-Tweaked under the hood SoGE AI buffs
-Revised pirate raid tiers, making lower tiers noticeably more difficult
-Revised Quasar Fire squadron count and costs
-Weapon SFX changed from .ogg format to .wav for massive performance gains (hats off to the STA3 team for this tip)
-Removed all unused vanilla entities, and a lot of unused mesh files, from the mod for further optimization

Can't wait for this next release! Keep up the wonderful work guys, voted!

Will frigates be more valuable to players, as well as a more of a common sight amongst AI controlled fleets?

I was hoping this also, Frigates and Cruisers should be invaluable support for Capital ships.

Frigates have not been significantly changed.

Looking forward to this release!

Thank you for the high praise, Lavo!

Great to hear all this progress and that it will be more optimized!

Also, I don't remember can you mix n match the supercaps with the CIS? Like have 2 subjugator class and 2 of the geonosian ones? I would usually only ever build the sub types, but now with being able to have 4 I may use the others more. Gonna be hard to balance having 4 sub class though, I remember even with 2, my friend used to beat my SSD with his 2 subs because of the alternating fire Ion Cannon ability.

The bubble type of shields are cannon? I don't remember seeing it in the clone wars show. I prefer the hull hugging like Battlefront 2 but oh well, not like it matters all that much anyway lol

The mix and match supercaps for the CIS is a change as I mentioned in the change log. In a head to head fight, 1 Executor will beat 4 Subjugators, assuming both are at equal levels.

They are. Here's one example of such a shield: Youtu.be
From the knowledge I have, ray (aka. deflector) and particle shields use bubble and hull hugging methods, respectfully. The former blocks energy weapons like blasters and radiation while the latter works for solid objects.

Funny enough, when I told my friend about the change he told me about that exact scene. When it said bubble I assumed it would be a giant oval that encompassed the entire ship, instead of being just above the hull like you linked.

It was a while ago, but I just remember his two Subjugators would basically alternate cooldowns that would completely disable my SSD and slowly poke it to death. Glad its being addressed though lol

Just a reminder that they aren't being added to the Imperial roster, but will be able to be placed on pre-made maps.

Of course, I forgot to mention there's a neat little addon that adds it in, if one is so inclined...

Cheers, I find it complements the imperial roster well :)

Awesome Work Lavo and the team.
cant wait to play the latest release :)

love this mods, i play between 4 mods at current, the 3 Starwars and Startrek Armada 3.
gotta say, loving it so far.

Hi not sure if its a bug with the game itself or the mod or even something that was intended but the last few Comp stomps I've done, the Comps all go for the frigates and cruisers but no Capital Ships.

coming across 300+ frigates and its stream of it.

We can't control AI behavior; nothing we can do here sadly.

Did you guys add the Old Republic and Sith Empire into the base mod?

Ok, the AI is slightly OP, within 15-30 minutes, they come at you with 10+ capital ships+support fleet, i really want to know where the hell they get the ressources, i can barely get ~5 caps+crappy supportfleet with the resources available on most maps.
(And the Mandator Supercap feels a bit strong, ripped apart my Viscount...)