XZMOD The Battle is Coming... XZMOD OOTJ FEATURES OOTJ-Yoda, Features the challenges which Yoda takes on, in the movies. Challenges such as, Count Dooku, Darth Sidious and various other bonus missions, which are just as challenging and exciting as the rest. This mod promises not to disappoint as it is something new and original, made from not just XZMOD developers, but from alot of trusted modders of the JKA Community!!! 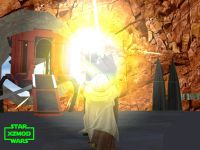 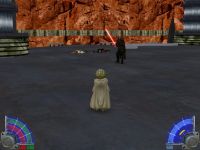 XZMOD brings you this August, a single player demo like none ever made! Feel the force like never before, with faster and more realistic sabers, which makes it not only look more realistic but feels realistic with every swing. XZMOD is also the first to bring a blocking system to a total conversion roleplaying mod for Single Player, which enables the user to take on more challenging enemies who do more damage. 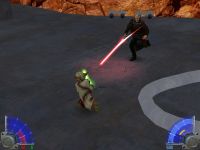 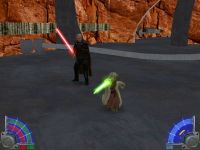 The Demo will Include:-


DEMO OUT LATE AUGUST 2007
More info visit www.xzmod.proboards52.com and wait for an update later this month!

Trailer for the upcoming demo is up, click the link below to play:

Hey everyone... Ive realised alot of people dont realise the first mod has been uploaded at JK3files.com, this mod can be found at... This mod however...

The past 5 months I have been currently inactive. However, in a months time or less, I will bring back OOTJ! Stay tuned... As we speak, the beta which...

Order Of The Jedi, Yoda -- Demo

Order Of The Jedi -- Yoda is XZMOD's latest total conversion moddification, which is in development. After the previous XZMOD, SOTS Darth Maul mod, The...

Order Of The Jedi, will no longer be continuing. Other modifications like, Movie Duels have already been there and done that for what I was planning to make for OOTJ.

Instead, I have been working in secrecy for the past 2 months on another modification, which will not generally be based around Jedi. I have taken several of the most well-known battle locations and have put hours of effort into bringing them alive. This mod will bring more battle out of Jedi Knight Academy than any other form of mod you have ever played.
Posting full new summary soon.

I hope it is back :D

I guess this isn't dead?... Well good luck I suppose.

seems it is not dead xDD

Why are there only 2 missions: An old friend, Obiwan vs Anakin?
Where are another missions?

Single & Multiplayer
Tags
Embed Buttons
Link to XZMOD The Battle is Coming... by selecting a button and using the embed code provided more...