15 years ago today the original Movie Battles released its first full version for Jedi Outcast. Hard to believe isn't it? On eve of the release of a new Star Wars movie none the less!

We wanted to take this opportunity to show off some of the upcoming changes to Movie Battles II. However, for those who haven't seen the 10 year anniversary send off by our founder RenegadeOfPhunk I highly suggest checking it out here: 10 Year Anniversary news - Movie Battles II mod for Star Wars: Jedi Academy he goes over some of the history creating the very first version of Movie Battles.

The core new player experience for Movie Battles is about to change drastically. We are working on making the UI much easier to navigate and handle, adding interactive tutorials to help ease players into MB2, fixing bugs with the launcher, and general QoL improvements over the next coming weeks and months. Today we will be going over some of those changes to the heart of Movie Battles as well as some other cool things we are adding!

Most of what you are about to see are Work In Progress shots and the final version may not be the same.

New User Interface
We are updating the base User Interface to make it much simpler, easier to understand, and more organized so that the most important bits of information are more front and center or are in much more sensible places. @Frost and @Starushka have been working for over a year now from concept to realization on this new UI and you may see the first little bit of it in the upcoming release as well as continuous upgrades to other parts of MB2s UI and additional code support over the coming months.

Tutorials
Coming soon you will get to try some early feats of labor on some interactive tutorials @Sno-dog , @Defiant , @Mcbober , and I (@MaceMadunusus ) have been working on. We've had the problem for a long time where learning Movie Battles and its various ins and outs can be pretty difficult to learn on your own and its difficult to rely on people in-game, or to rely people to basically reading a wiki either on the wiki itself or the in-game library or long forum posts. So why not create some in-game tutorials that let people learn the basics and take them chunks at a time as well?

What you are about to see is the start of that. I want to stress though that this is still relatively early in the development process and we will likely be releasing the first couple of tutorials without having all of their features and functionality fully finished in order to still help people get introduced into Movie Battles that much faster.

Each tutorial on completion will be:

At the end of all this we plan to have a tutorial detailing just about every aspect of MB2 from moving around, to joining the game, to each classes various abilities and mechanics, how objectives work, and even how to duel. 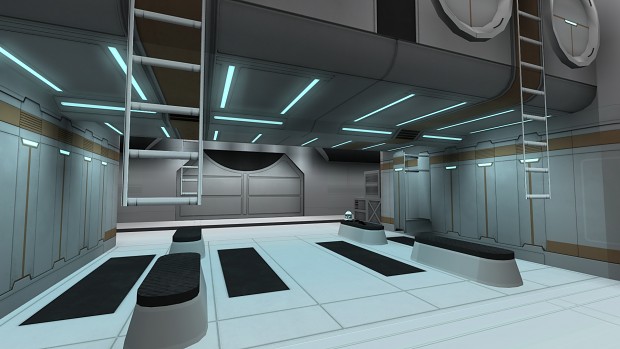 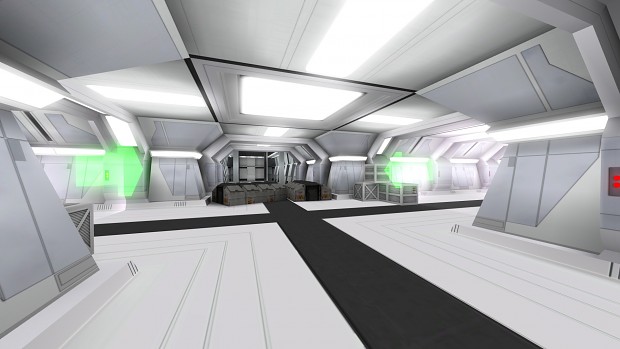 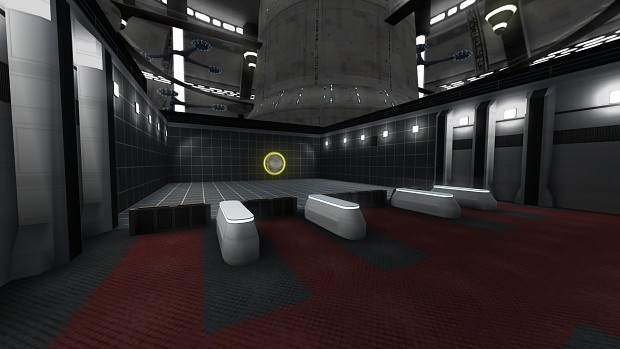 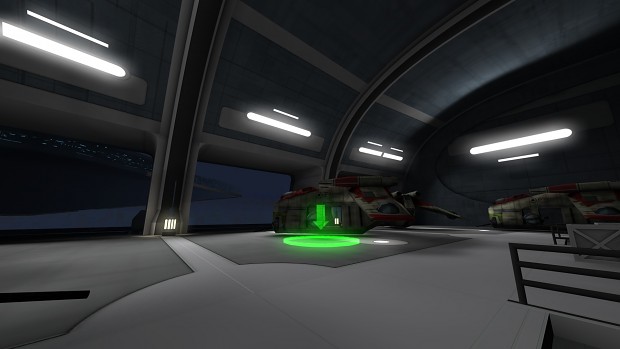 Tutorial 2 - Class Configuration
The second tutorial takes place on a Republic Assault Cruiser as you head towards Geonosis while learning how to join a team, select a class, configure your characters abilities, create build templates, and customize your appearance. 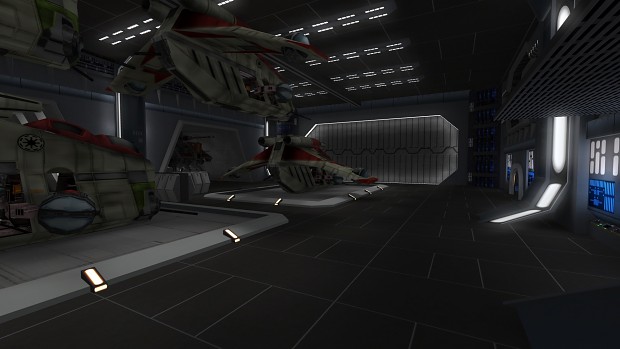 Tutorial 3 - Mandalorian
This tutorial takes place on Geonosis where you take the role of Jango Fett to learn the abilities of the Mandalorian class while making your way through various obstacles. 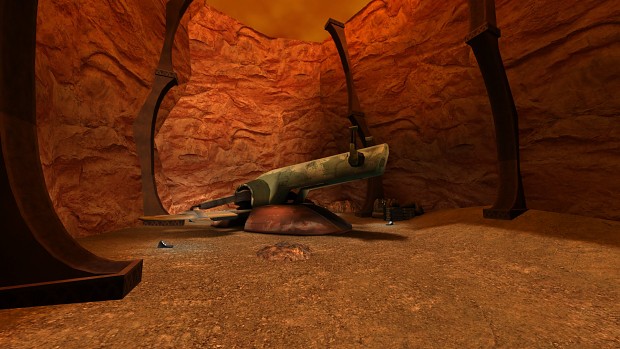 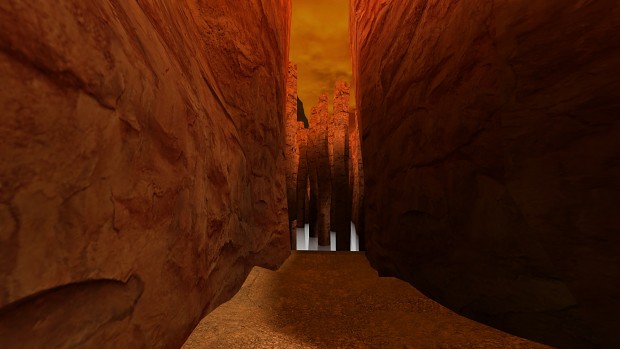 Launcher Update
In a few days we will be updating the launcher with the goal of making it easier and less problematic to install or update the game. Check out those details here in case you missed it!
Launcher Updates and Fixes
Launcher Update - What to Expect

To summarize: the new update includes a totally rewritten patch engine which should prove to be much more resilient to the existing system. As well as several other minor bug fixes. The Launcher is the gateway into the game for new and veteran players alike, we strive for it to be a simple but good first impression for new players whilst being a useful and unobtrusive tool for veterans. The Launcher will continue to see steady improvements and new features whilst sticking to this mantra.

Our future plans for the Launcher include the ability to run more Open Beta events without some of the restrictions that we are currently faced with - such as currently being server side only and improvements to the Anti-Cheat system, both to be more reliable, more accurate and better able to respond to the types of exploits that we commonly see.

Gameplay Changes
General Gameplay
The recent open betas have allowed us to try out many mechanics and tweaks meant to improve general gameplay by addressing issues long pointed out by feedback. Looking at the results of this research we have decided to include a part of the changes that we feel are the safest and were the most generally agreed upon. Next patch will thus feature increased projectile speeds, decreased concussive blob damage (and non-increased blob projectile speed), reduced duration of poison dart damage, increased vulnerability window for Force Pull, and more.

Sabering
In recent years the sabering system has been the subject of numerous experiments with new, potentially controversial features and mechanics meant to flesh out the substance of saber vs saber gameplay. Despite a number of findings and many changes that can almost objectively be considered improvements, there has also been a gradual decrease in the identity of each saber style as well as the diversity of playstyles from duelists, despite constant attempts at new style-specific perks and other mechanics. Duels tend to feel repetitive no matter which stance is used and the current general mechanics do not give a clear feeling of reward from performing better than your opponent, in part due to BP drains being too low and BP regeneration too high which deletes the impact of mistakes very quickly.

The upcoming release will thus take a completely new direction in order to address these issues. Sabering will be considerably simplified, for example through the removal of all style-specific perks and the refactoring of the ACM mechanic so that ACM only kicks in when one player has an extremely significant lead over his opponent (similarly to ACM's behaviour from older versions before v1.1). The focus will instead be once again put on the core aspects defining each style and the system. The attack power and defense power of each style will be changed completely so as to be much more different (similarly to versions before v1.1). Overall BP drains will be increased and BP regen will be decreased, so as to more severely punish mistakes, while a significant BP regen will be added upon scoring Perfect Blocks, so as to allow more skilled players to still make remarkable comebacks. In the same vein, interruptions and being hit while not blocking will also be much more harshly punished (once again more similarly to older versions). These core changes as well as many others smaller ones should once again encourage style-switching, reduce the length of duels and make skill differences much more apparent, for an overall vastly improved experience and feel at any level.

Duel Mode
Since its introduction this mode has long since received criticism and suggestions for improvements. This update will add major quality of life features such as a long-awaited mid-round joining, the ability to change character configuration during the round upon respawning, longer rounds and several customization options available to server owners.

Map Updates
As most of the level design resources for the past few months have been allocated to the tutorial most of the map updates for this upcoming patch will be centered around bug fixes. Though Smuggler will be receiving some additional loving from @Hexodious.

New Models
@Scerendo has been working on some new models for this update and I am sure at least a few people will be happy with the additions! 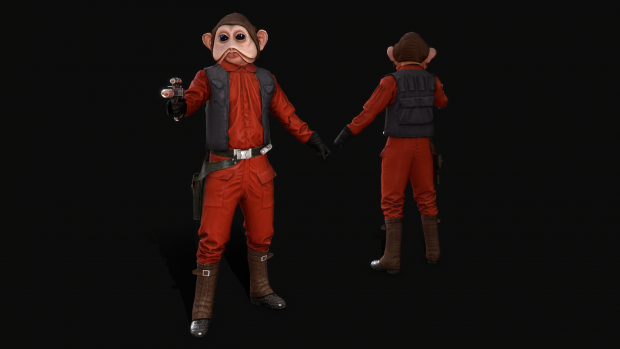 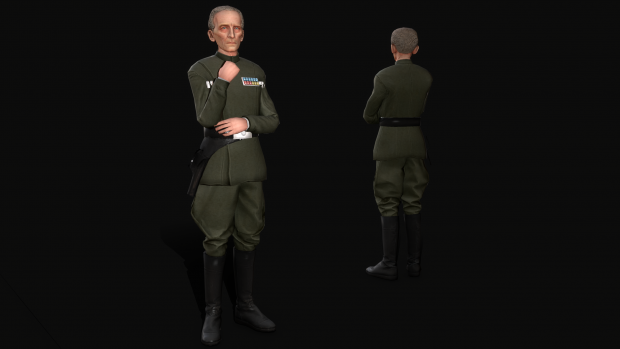 The original villain Grand Moff Tarkin brings some additional class and sophistication to the imperial officers. 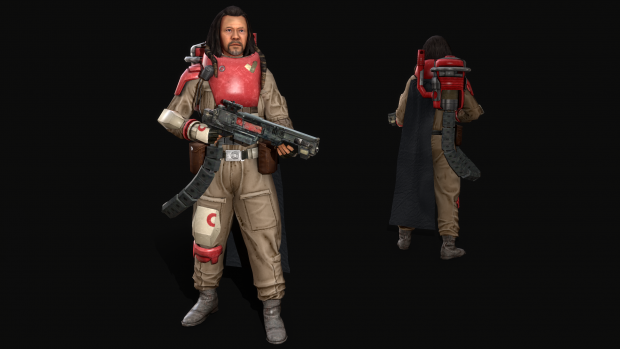 With some efforts to finish the Rogue One roster, Baze Malbus is our latest addition.

Keep an eye open for Chirrut and K2 and others to follow soon! 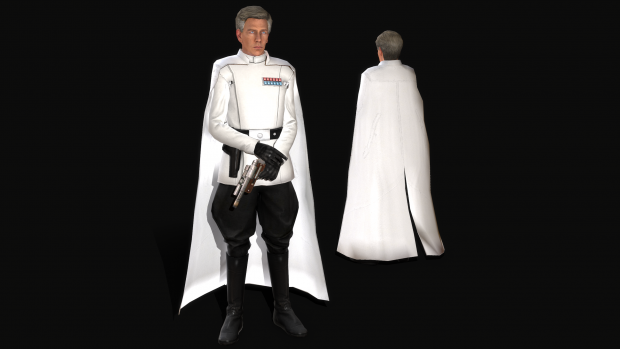 Krennic's model has been overhauled to bring him in line with the other villain officers. He has received a new body and cape mesh, and his head textures have been improved. On top of this his sounds and taunts have also been redone using only samples from Rogue One.

Featuring several characters from TFA, this patch is the first of many to include stuff from the new films.

A response to the influx in total concurrent players.

Downtime, Cause and Consequences

We are back again after almost two weeks of vanishing from the Internet. You have probably noticed that everything is different – the domain, the site...

This is the full release for V1.9.1.1. It is suitable for Linux, Windows and MacOS systems, including server hosts.

This is the incremental update for V1.9 to V1.9.1.1. It is suitable for Linux, Windows and MacOS systems, including server hosts.

This is the incremental update for V1.8.2.1 to V1.9. It is suitable for Linux, Windows and MacOS systems, including server hosts.

This is the full release for V1.9.0.1. It is suitable for Linux, Windows and MacOS systems, including server hosts.

This is the full release for V1.8.2.1. It is suitable for Linux, Windows and MacOS systems, including server hosts.

This is the incremental update for V1.8.1.2 to V1.8.2.1. It is suitable for Linux, Windows and MacOS systems, including server hosts.

How do I add bots to my servers?

Are there any newly added characters?

how do i setup bots
and also is there a singleplayer

A lot of people would really love it if you considered adding bot support :)

Question: Since there are FA game modes that aren't included in star wars, could we possibly get a terminator map/FA mode? Like would that be possible? Maybe models from T3 and T2 games? It'd be so awesome! Just an idea, I don't know how hard it is to mod or to import models.

Fell in love with this mod the second I laid my eyes on it years and years ago. I've barely looked at BaseJA since. One of the few games I always keep coming back to.