This modification offers an alternative gameplay to Tiberian Wars involving many Tiberian Sun units which many CnC fans (like me) missing in vanilla CNC3 and add even new my made units which you can't find anywhere else. Story is quite the same like Tiberian Wars, but is all about what if GDI and Nod do not abandon technologies they have used in Tiberian Sun era and instead of that further developed them. But it's not only that, there are many visual, sound and balance changes which I want to see and hear in my mod, new sounds, new music, new effects (like blood and gore, new infantry deaths, new more realistic missile trails) and many more.

First, thank you all for voting for this mod in moddb awards, as always it is most appreciated, thank you :)

I know, Im bit late with any news, and yet I was busy this year and made some stuff for this mod to show you.

As you can see on new pictures Cabal is getting into shape, with some maybe surprising additions, like Obliterator heavy tank ... yeah I can´t deny where that idea came from :D
But as huge terminator fan I just have to use this oportunity to build something like that. I mean its robot faction, it make sence, right? 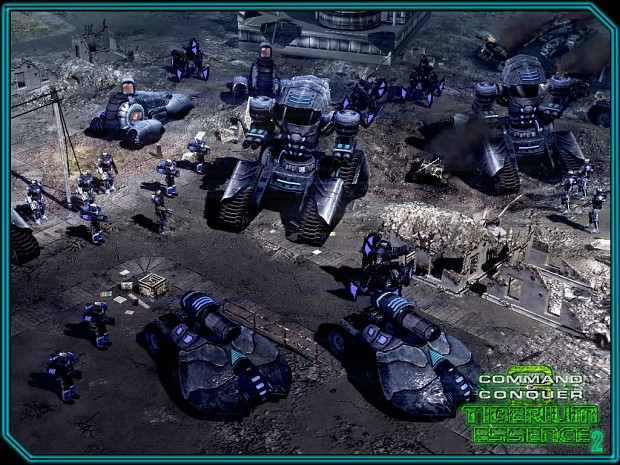 And I have changed some coloring on cabal weapons, less blue weapons (with some exceptions) and more orange/fiery lasers and plasma. Blue was just not evil enough for cabal if you get what I mean :D 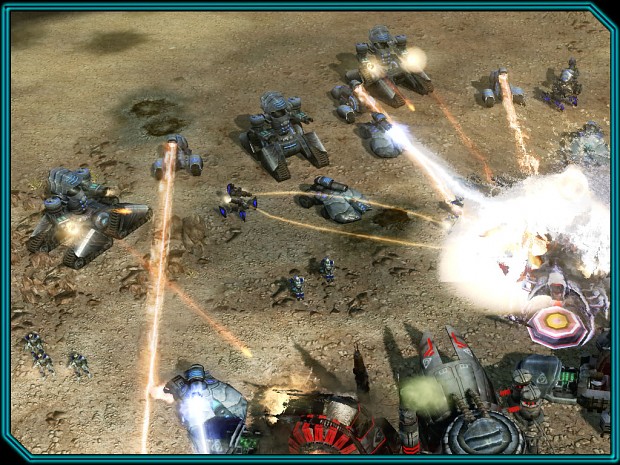 I can also add some cool technology to Cabal that I always wanted but just don´t fit anywhere else. Like cryo weapons that let you freeze enemies.

Also I must say I'm super happy to see people still playing this mod and that makes me coming back too.

Again I can't really promise anything, but it is my personal wish to keep this mod going and maybe get to some release next year ... well we will see.

I hope you all are safe and well in this crazy times.

And see you next time.

Cabal will return in TE2

I have decided to add Cabal as playable faction to Tiberium Essence 2. Today I have only small preview for you, just few basic structures and possible...

Welcome back, Commanders! GameReplays.org is proud to announce the Tiberium Essence 1vs1 Tournament #1 to be held Saturday 2nd March 2019 at 20:00 GMT...

Check description, I've typed most of the required information here! This is the latest installment of my patch, with almost everything rewritten from...

This modification offers an alternative gameplay to Tiberian Wars involving new and Tiberian Sun inspired units which many CnC fans (like me) missing...

This package contains main mod files for Tiberium Essence v1.6 Beta and readme file with description and list of changes.

This package contains main mod files for Tiberium Essence v1.5 Beta and readme file with description and list of changes.

Tiberium Essence v1.3 Installation: 1) Ensure you have game patched to v 1.9 2) Mods for CnC3:Tiberian Wars belongs to "Documents and Settings\*YOURNAME*\Dokuments\Command...

I look forward to playing with Terminator army. Hope to hear news soon.

Finally someone has fixed the games broken AI Ive tried dozens of mods even AI mods and yours is the only one that fixes the campain mission AI THANK YOU now if i could only find a mod for kanes wrath that fixes AI id be sittin pretty.

cabal will be out hopefully. the mans probably busy at the moment.

this mod still being worked on and such?

Okay so it has been 2 years now since the release of 2.0. Is this mod dead or anyone actively working on it still?

Rule of Thumb:
Good Mods have only updates once a year (twice if you are lucky) and a new release up to four years.
As far as my own experiences go waiting for Carnius' updates is always worth it.

any update on cabal faction?

AWESOME MOD
-->Models: awesome new and old concept and very detailed and perfect textured Units/Structures
-->Balancing: it's every time balanced better and better and all new units fit its faction
-->Atmosphere: even that is changing because of the adding of vlado's and frank klepacki's awesome music