The patch contains various bugfixes and game improvements such as widescreen support, and provides some GUI tweaks. It also enables the use of the FMSel fan mission loader frontend with Thief 3 and bundles the most important T3 mods. It works with the GOG and Steam versions of the game.

Original game bugs and issues that have been fixed or improved:

As an FM loader, the emphasis is on ease of use and reliability:

Additionally some optional tweaks have been incorporated:

All tweaks are disabled by default.

The full edition includes the mods The Minimalist Project, The Collective Texture Pack (a.k.a. John P), "GarrAT" Garrett Animation Tweaks, Thief 3 Gold, Briefing Videos and a small mod providing updated font textures. Please see those threads or the included readme files for more information. The update edition only includes the SU patch and the SneakyTweaker tool. It provides a much smaller download in cases where the mods are unchanged since the last release.

A huge thanks goes to le Corbeau for NewDark and FMSel, to John P, New Horizon, Beleg Cúthalion and mensch for permission to include their mods, and to the FMSel translators: gnartsch (German), Briareos H (French), raven4444 (Polish), DonSleza4e and Glypher (Russian). Thanks also to clearing, Lord Soth and Esme for file mirrors.

1.1.10 is out. The core Sneaky Upgrade has the following changes:

A couple of people have installed the SU and then wondered why their existing saves appeared to be missing - and it really wasn't obvious... So the tweak tool will now show a dialogue explaining this, plus a couple of other non-obvious things. The dialogue can be easily disabled.

To improve compatibility with Windows 10, the installer now provides a wrapper DLL to make the game run on Direct3D 9, in the form of the d3d8to9 DLL from ReShade. If you have dgVoodoo or something else installed already, the installer will respect that and not install d3d8to9 by default.

It has often been suggested to copy the skip-the-current-mission function from Thief 1-2. This is now in place, with a couple of limitations: City sections can't be skipped but must be played through normally. This is the only caveat for Thief 3 Gold. The original (non-T3G) missions can only be ended from one of the half-maps and, worse, ending the Pagan and Kurshok missions will not cause the objectives to be ticked off, so it may not be possible to continue. (This has been fixed in Thief 3 Gold.)

New stuff in the mods:

Here's an example of the new map text compared to the original MP - notice the partially missing text on the upper left in the original. (GIF, should animate.)

Note that because of gamesys changes the savegame version for Minimalist has been bumped - so anybody wanting to use MP savegames from previous stable releases should not update.

Here's an example of the currency symbol in use: 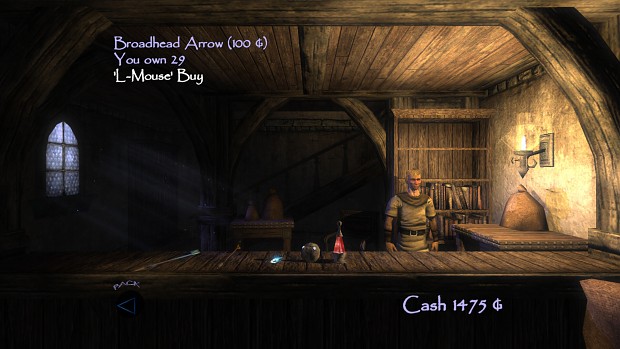 One of the removed .sch files was there to improve the formatting of loading quotes - that's now done by overriding a general tweak setting. The other one would slightly rename savegames so that original and T3G saves could be told apart - an artifact from early T3G versions, really. For a long time T3G saves have been kept separate and they contain a file specifying which version of T3G they're for, so the .sch file has been removed.

Thanks to everyone who tested the betas, especially Estel Randir for lots of MP feedback and suggestions. Also thanks to Glypher and DonSleza4e for the Russian FMSel translation.

There are no changes to the mod content, so the Update Edition can be used for 1.1.9.508 beta installs. If upgrading from 1.1.9.1 use the Full Edition and make sure to install the new versions of the MP, T3G and Fonts mods.

Get it from the files section.

Fix for a bug in the tweaker's Minimalist Project playstyles option

Many changes, including one that makes very large maps possible!

Unofficial patch for Thief 3: Bugfixes, widescreen support, GUI tweaks, FM loading. Much smaller download for when there's no changes to the bundled mods...

This beta is obsolete - get the 1.1.10 Full Edition instead.

Crude tool for locating loot, keys and arrows in Thief 3 and (primarily) its fan missions. Be sure to read the readme!

Just reinstalled this and it's great but can't get through the first mission.
The first door in the "training mission" in which you have to lock pick doesn't work. Door highlights, I press Use, and mouse look is locked but the hud doesn't come up (disabled Hide Lockpick hud in the tweaker), and I can't do anything.

This is normally a symptom of the game running at frame rates higher than ~100. Did you disable or change the frame rate / refresh rate limiting in the tweaker? If so, set them back to the defaults.

Hi, and thanks also from me for making this mod! It's usefulness is most prevalent in the first "training" mission,: "Blue Heron Inn". I like to play on hardest difficulty, never caught, no kills or knockouts and 100 % loot. Before this mod, I always had one blackjack marring my stats from the Innkeeper, since unless you do blackjack him you cannot advance the game! now my stats are perfect!
Or, they were until I get into the Clocktower! there is a peice of loot in the sleeping quarters where you find the mine, and a non-combatant Hammerite with a purse on his belt, it is impossible to get this loot (coin purse) because it is too close to the front of the chest. the chest is the furthest in the room. it originally had some broadhead arrows as well as the purse, and you had to lean into it to get it then, now it is impossible. if you climb into the chest you can get it, but you can't get back out! please address this and respond? thank you!

Thanks for reporting it - unfortunately Beleg Cúthalion, the guy behind the T3 Gold mod, is not active anymore, so it's unlikely it'll get fixed anytime soon. But I've made a note of the issue in case someone else steps up, or Beleg comes out of retirement...

Actually that issue is a non-issue! you just have to flatten yourself on the left of the chest (left as you face it) then lean into the chest and pick it up. I have another issue, but since Beleg Cuthalion isn't active anymore it is likely it won't be addressed. the way the training mission was made into a legitimate mission complete with Special loot item SHOULD have been done with the "Mission" "Gamall's Lair" complete with Stats page at the end...also, I dislike how after "Still Life with Blackjack" the stats mean nothing anymore. I'd have loved to see stats again at the End of the game.

First of all, thank you for making this mod. Thief 3 is one of my all time favourite games and its been part of my life for over 15 years now.

I have a question:
Is it possible, to change the number of items garrett can carry?

Lets say, I want to have 30 broadhead arrows instead of 15.
Is there a way I can change that?

Not easily. It's possible by editing the gamesys using T3Ed.

does this also act like a no-cd patch? Would rather not download the 300mb. level editor or no-crack from a sketchy site.

Originally this patch included the T3.exe from the editor pack, these days it's a rewritten replacement. But in any case, the disk need not be inserted.

Can I use this with one of the shader mods or even the HD textures mod from moddb?

HD textures is Akven's textures? Yes, certainly, although loading times will increase a lot. Don't know about the shader mods, but no harm in trying them - I'd recommend copying them into an existing mod folder, not the game install. (Since you're on TTLG, please post here: Ttlg.com if you need more info.)