You play as D-9341, one of many Class-D test subjects used by the SCP Foundation, an organization dedicated to containing and safe-guarding anomalous creatures and artifacts from the rest of the world.

Not long after receiving your first assignment, the facility undergoes a massive containment breach, leaving you alone in the darkness with the escaped entities roaming around the facility.

Your goal throughout the whole game is to escape the facility alive, while trying to avoid any hazards along the way. The most prominent hazards being SCPs which have escaped containment.

The game is based on the works of the SCP Foundation community.

This game is licensed under Creative Commons Attribution-ShareAlike 3.0 License.

Source code can be found on GitHub.

The following was originally posted on the Undertow Games site by Regalis on April 15th, 2016.

It’s been four years since the release of the first alpha version of SCP – Containment Breach, so I decided to make a little montage of the progress of the game. A big thank you to everyone who’s played the game during the years, all the people who’ve helped with the development and everyone else who’s been following and supporting the project!

As some of you may notice from the last few clips in the video, there’s some new stuff coming up: the developers of the Nine Tailed Fox Mod (ENDSHN and Vane Brain from Third Subvision Team) have been working on a new update for the game for some time now (with some collaboration by me). The update will introduce a couple of new SCPs and expand the role of some of the existing SCPs, and also include a ton of bugfixes, optimization and some visual improvements (some of which can be seen in the video)!

New SCP-Security Stories trailer! Video is a bit short, but I hope you'll like it ;)

Another update to Graphics Overhaul is here! This one focusing on the general map textures of containment breach, as it is the "General Map Update." This...

SCP: Containment Breach Messed Up Funny Mod! Made by myself in my spare time, apologize for some bugs and issues. :)

The voice acting of SCP 049 has been replaced with the voice of Yegor Koprochev.

Feeling a bit classic this time.

does anyone have the indev versions of SCP CB?

im going to eat you're toes

why cant i escape the foundation? ive literally saw the gate open but it wont let me escape

An intense atmoshere that keeps you nervous from the containment breach till your demise. Requires some logical thinking such as placing the gas mask on your face so as to avoid blinking faster in smoke. The creature chasing you is not particularly scary until it starts speeding towards you to break your neck. A game that keeps a nervous, paranoid player such as me looking behind you for threats and jumping at the slightest sound. The randomised maps also keep things intersting as you have to ind… 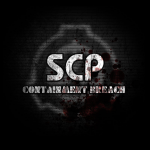