The Great War mod is a total conversion modification for Napoleon: Total War. It aims to create an authentic representation of World War 1-era tactics, strategies and general warfare within the game. Watch as waves of battalions advance under the cover of massed artillery barrages and deadly poison gas, or stay and play it safe hidden behind their defenses. Machineguns will brutally mow down uncareful attackers and defenses are manned by thousands of troops, armed with rapid breech-loaded rifles. SMG Infantry, Flamethrowers, Snipers and Elite Stormtroopers are a few among the many units that attempt to break the stalemate, while the sheer industrial output of all nations in the conflict - and the density of forces along most fronts - ensure that advances are measured in metres, not in the grand distances of earlier days. Commanders must learn to control massive battles, where audacity and wit must overcome seemingly impossible odds.
Dreadnoughts rule the waves in the grand collisions between the world's mightiest navies, while cruisers and destroyers launch raids on ports and merchant shipping, gradually forcing nations into starvation and resource shortages. Battles are carried out at long ranges, with the biggest metal titans bolstering an impressive and unprecedented firepower.
The artillery barrages, huge explosions, clouds of dense poisonous gas and the sheer scale of battles help create a feeling of awe and truly exposes the capabilities and wonders of the 'Total War 3' engine. Watch battalions evaporate under withering shelling, melt away in poison gas or be turned into piles of corpses in front of enemy positions in the mods enthralling land battles.
Rule at the head of any of the many countries that watched Europe become engulfed in war, lead your nation however you want in a free sandbox campaign that set you off at the start of the war.
The Greatest war the world has ever seen is about to begin, it's time for you to take your place in it.

Unrest has been removed from all techs and level 1 buildings except factories and mines. This will make unrest at the beginning of the campaign easier to manage. 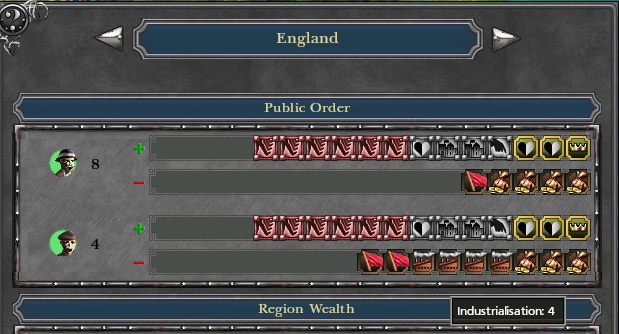 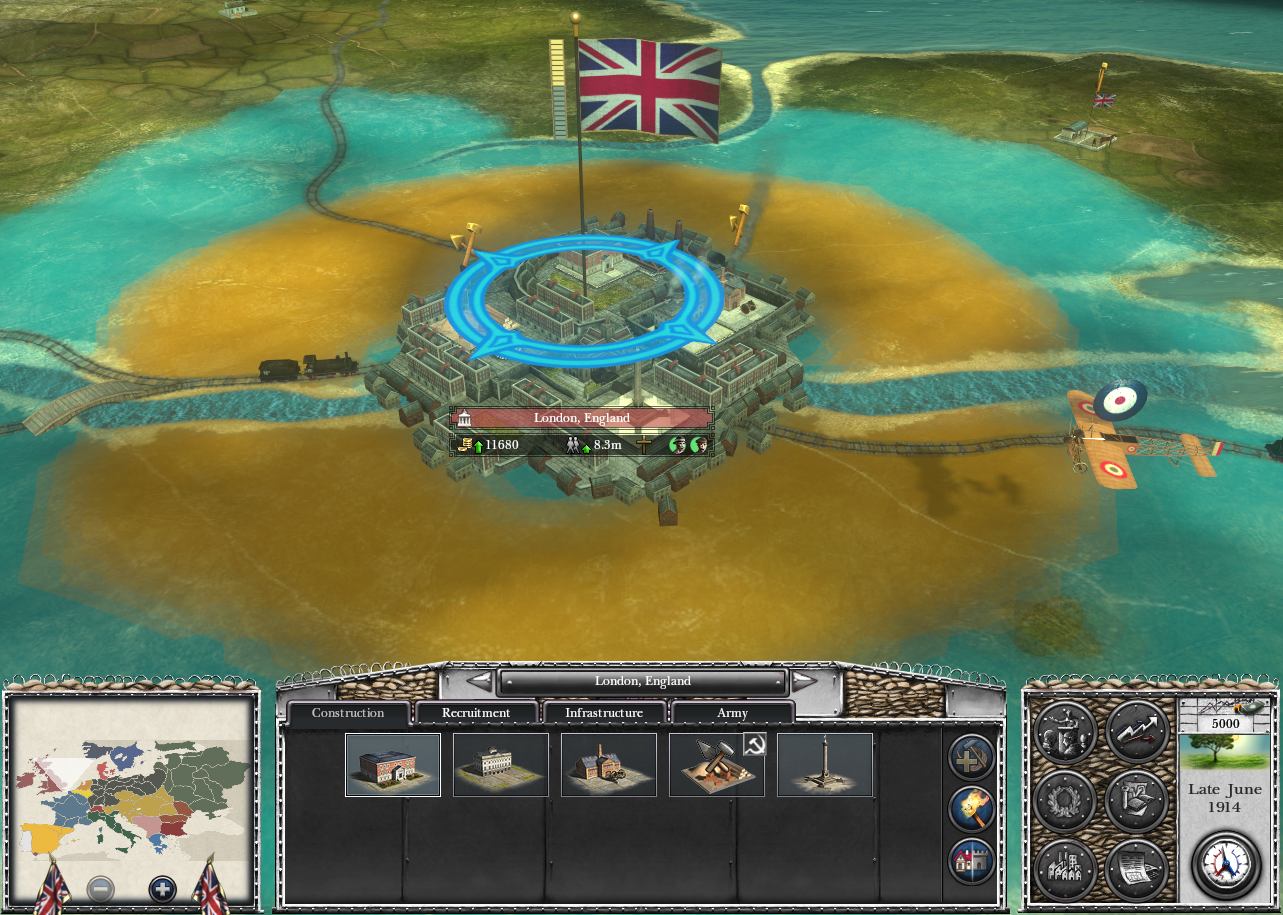 The town building slot has been overhauled to add more options. You can now build the theatre and welfare buildings in the regular town slot. This will further assist with managing unrest in regions. 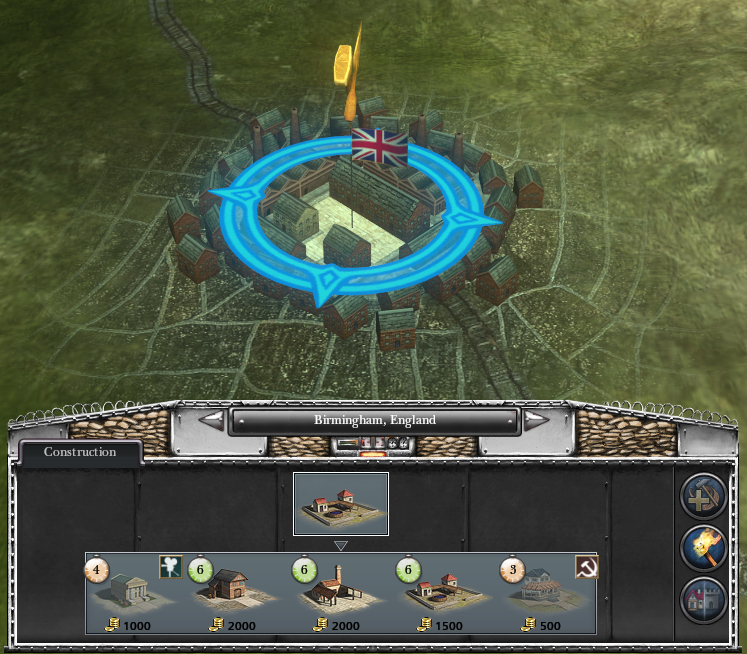 Every faction can now research and build tanks, even minor factions. 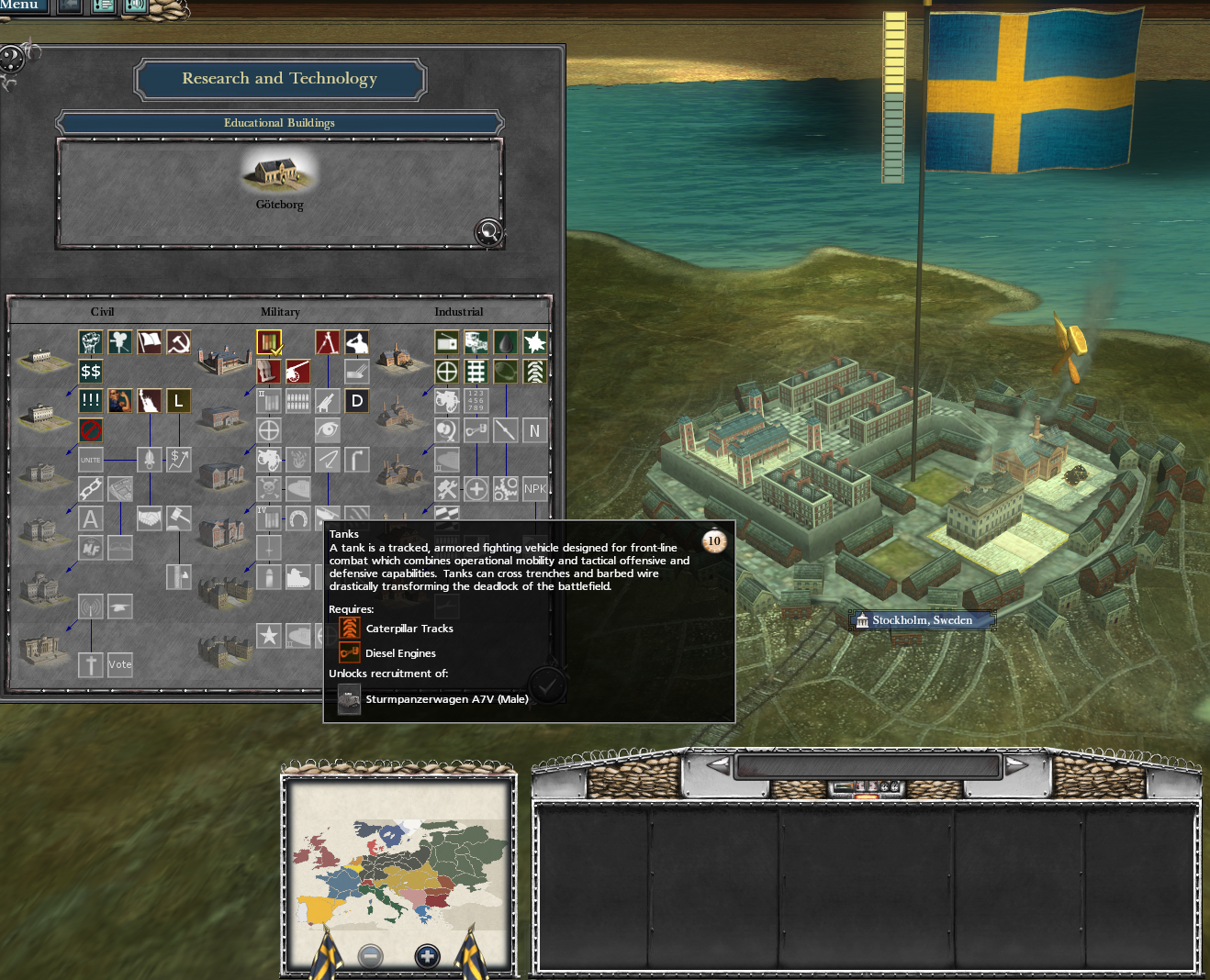 We have removed the forced alliances option because it doesn't seem to work properly. Instead, the diplomacy restrictions have now been opened up for the player but will still be restricted for the AI. This means you will be able to declare war on neutral factions (except Switzerland) and depending on which faction you choose you will be able to ask certain neutral factions to join the war. 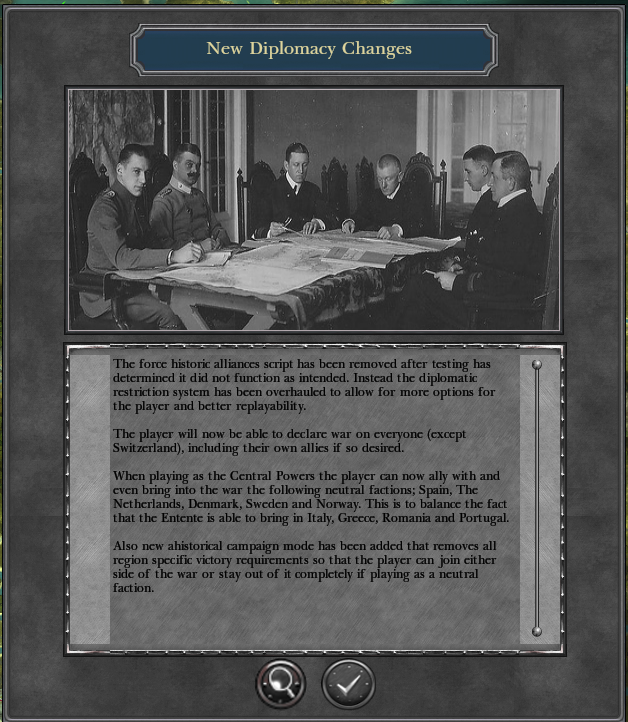 Playing as the central Powers you will now be able to ally with several neutral factions including Spain, The Netherlands and the Nordic Factions. 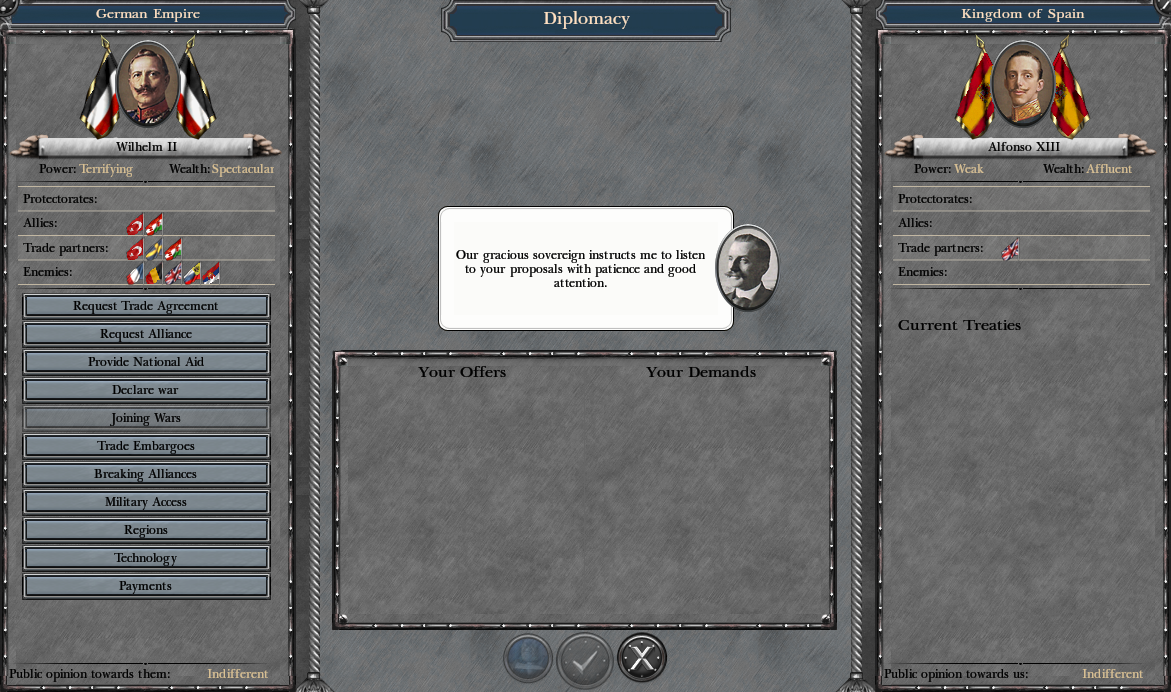 We have combined most of the separate pack files so that there are less files overall. This is intended to make multiplayer games work better and avoid the compatibility errors most people get when trying to play together. 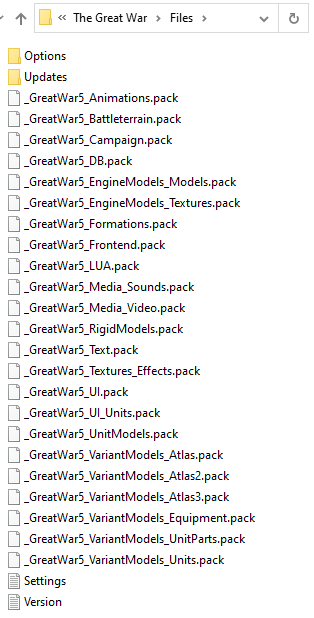 Here is a look at the new content for the Kingdom of Spain.

This is the release date for The Great War mod version 6.

Here is a look at France. France was actually the first faction we made new uniforms for and they have the most new faction specific content out of everyone...

Here is a look at the new Greek uniforms, unit and info cards. As well as the new portraits for generals and admirals.

Here is a new custom soundtrack for TGW. Do not use if you are streaming or making YouTube videos just to be safe.

Here is the new 6.1 Beta. Please help us improve the mod by giving feedback of this new Beta version.

READ THE DESCRIPTION BEFORE INSTALL! It will save you time and frustration.

We have added installation instructions to the description.

Re-upload of the 5.1.4 patch, last patch was uploaded when I was drunk and so there were... problems. Many apologies. NOTICE: This includes all patches...

For me only if there are trenches in the game/battles at least for the nation that is in defense in the battle it would be worth playing it! Trenches played a huge part in the war and stuff any info, without trenches would not be the same IMO??

Mod crashes way too much to actually be fun. It used to be only every now and then but now it's any minor thing, like artillery exploding

Ive been getting frustrating battle crashes. On my first attempt to play through I got repeated crashes in the same battle against France (playing Germany), I did different moves instead of continuing to fight that battle and the crashes stopped, I also followed the sound channels edit stuff. However now its been about 20 turns or so and I am getting a crash in every battle I try to do. Its always in battles, just suddenly without any noticible trigger. Often toward the middle or end of the battle. Any ideas? because the mod is fun asf I really want to keep playing but simply can't if every single battle is crashing with no apparent cause.

Game crashes when I end my turn and it comes to russia's turn :(

That's happened to me too, issue seems to be when an AI has too many armies engage in one battle, so like 10 1 unit stacks. Unfortunately the only fix is to just give up that save.

It's saying pack 6 and 7 are missing

napoleon total war is not working for 12th gen cpu i upgraded my pc to play total wars but now i missed NTW the great war :(

it looks like the problem comes from a dll

Very interesting, thanks for the info.

I am giving this mod a 10, not just because I know it will be amazing. But because of the hard work and determination that the developers have put into this mod. 3 Years of incredible work.

Not just that. But also with the troubles on release day they have worked all day and night trying to get it working. For this they have my utter most thanks and gratitude.

Thank you. For all your hard work.