For this version, the mod was remade from the ground up.

- Dead enemies leave pools of blood. The system is not 100% stable, but it will probably be improved later;
- Dead enemies have a more proper ragdoll now (make sure you have a sam_bEnableRagdollDeaths=1 cvar enabled);
- Updated mesh and animations for Bull Soldier;
- Updated mesh and destructions for Tank Bio-mechanoid;
- New shuriken model for Martial Arts Zombie;
- New jetpack for Flying Orcs - no more silly propellers;
- Various changes and visual improvements for other enemies and their destructions;
- Removed spawn sounds at the beginning of many levels;
- Added stain textures to some surfaces throughout the game;
- Improved balance for some of the boss fights (i.e., Zum-Zum has more health, and there is no Serious Damage on its arena anymore); 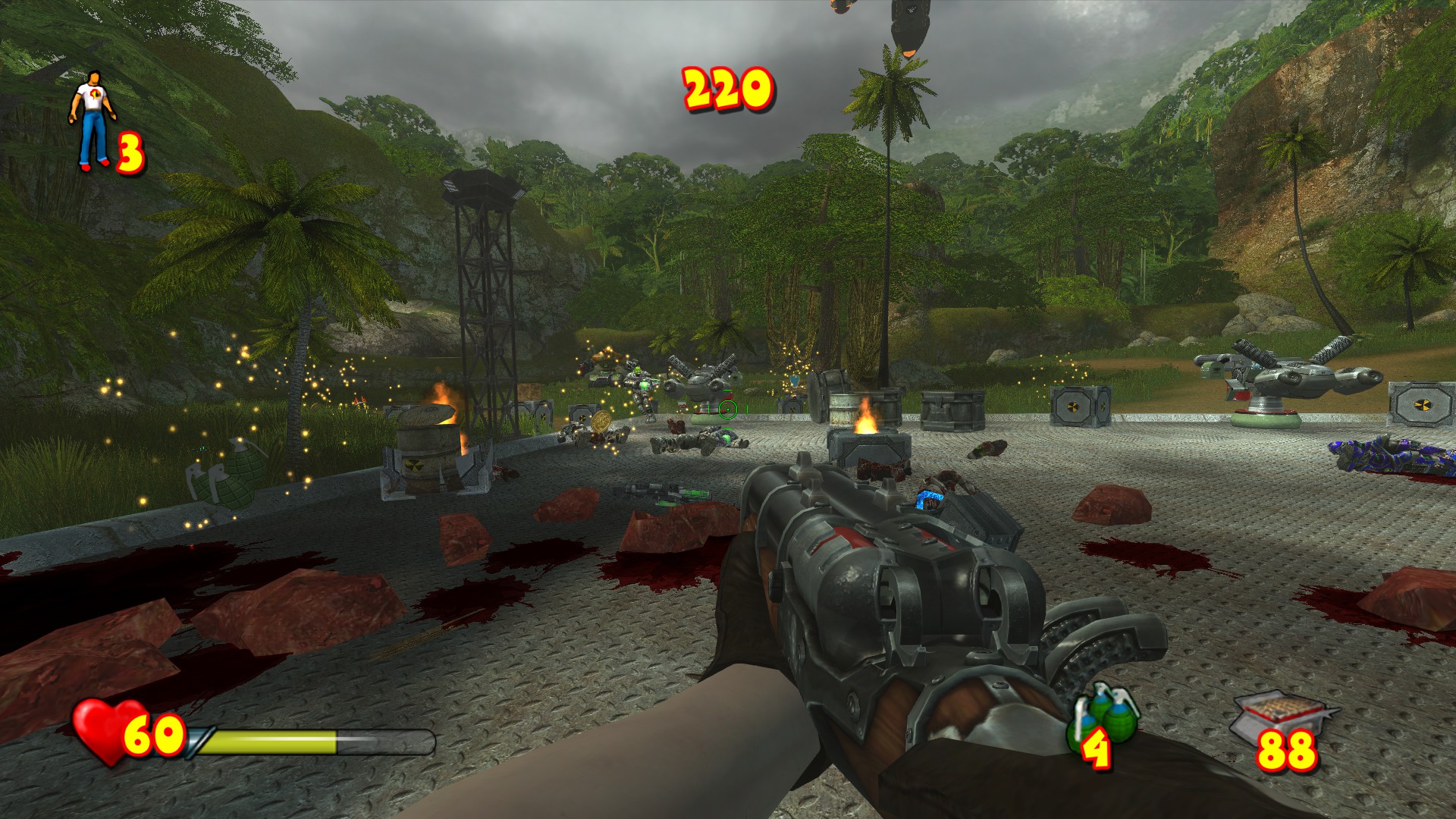 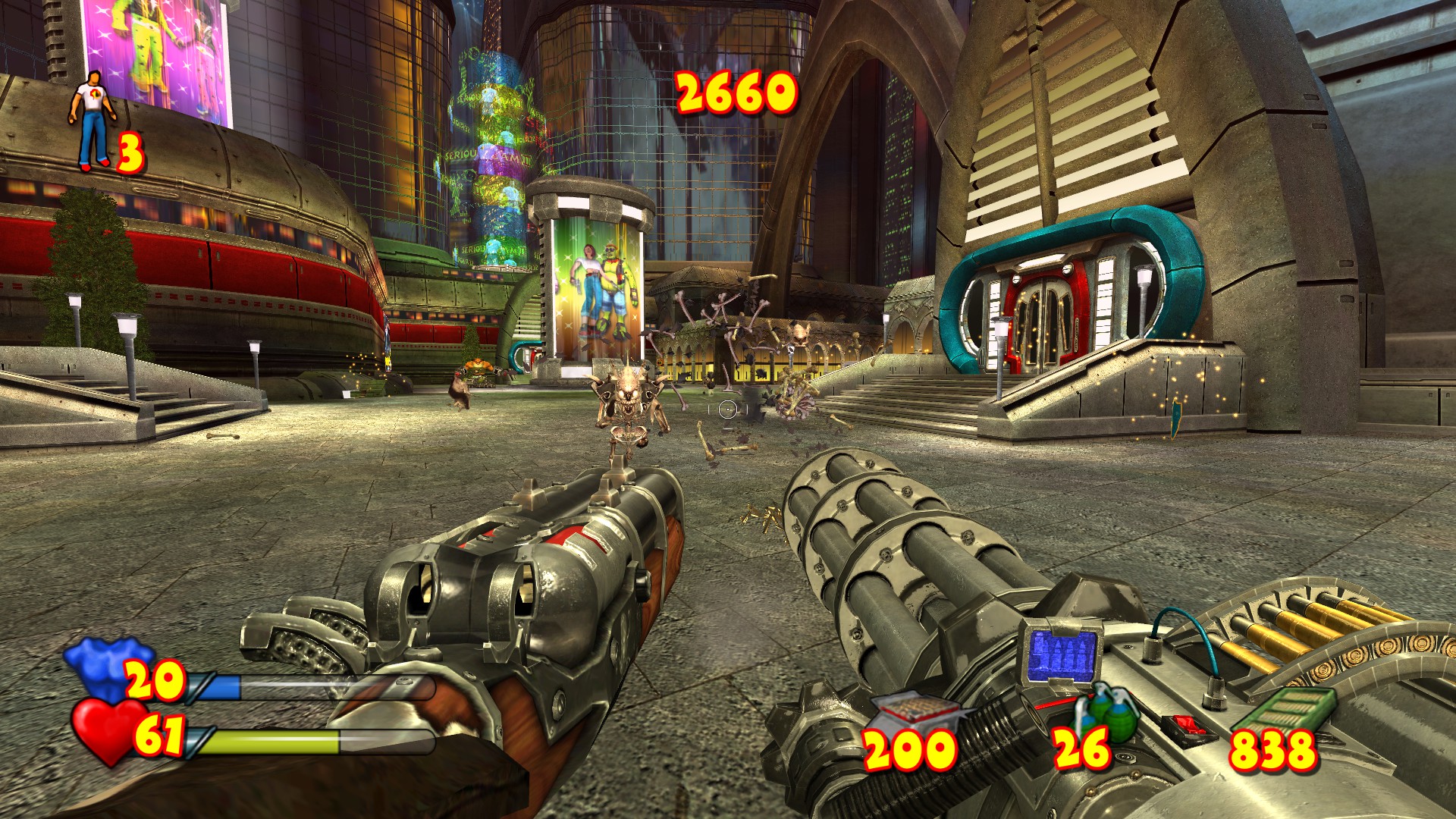 A global cosmetic mod to ensure the most comfortable Serious Sam 2 experience possible.

I play wit Reshade. It's a great mod.

Does this mod have the capability for coop?

Coming back to this page everyday to see if this masterpiece got updated to 2.09

Is the update for the new Steam version update still coming or was it canceled?

It's delayed, but it will be sooner or later. There is no time for modding right now.

This Mod is Amazing!!!

Also can you upload the old versions of this mod?

No dynamic lights from shooting...

Is it possible to install only some parts of mod so it wasn't broken because of new patch, for example things like weapon skins or enemies (removing clowns)

Any idea if today's big update for SS2 broke this mod in any way?

Edit: Nevermind, loaded it up just fine. Hope you can incorporate the update with your mod, I love these new changes but I miss being able to see Sam's hands holding some of these weapons. :)

Hi, yes. I was preparing a huge update, but due to the update of the game itself, I will have to make a small fix normalizing the mod's state (it will also include some improvements, but not huge as planed).

Howdy! How long does it take until you'll roll out new update? :^)

Obvious, i don't know why you have said that, and the copy of smile i've used before looks like provoke to me

Don't take yourself so seriously.

Pointless advice from a stranger. I respect and take myself seriously, no way you can change that =)

P.S: this dialogue exists only because of your stupidity, let's stop it.

It will break the hud if you use the modded save file on vanilla.
Also, subtitles and options are broken.
Definitely needs an update.
Happy that it still works, however.