Rise of The Heroes

Do you like playing with heroes? This mod is made for have more powerful heroes and balance units, offering a different gameplay experience.

-You can have greater armies. Workers cost no population.

-Leveling up fortresses requires fate points. Change the fate rate in game for slower or a faster game.

-Campaign levels have reworked a little for a new campaign experience.

-Orcs are weaker and cheaper.

Thanks for voting and helping Rise of The Heroes on it's quest to become the 2022 Mod of the Year. You are now in with a chance to score some free games from our #modlove collection. Help this mod secure more votes by embedding the widget (or link) we have included below on your favorite sites.

Humble Bundle Launches Middle-Earth & Beyond Bundle; 5 Lord Of The Rings Mods To Rule Them All

Humble Bundle has just released a new bundle featuring a number of Lord of the Rings titles - including a few parody spin-offs - as well as some other fantastical voyages into other universes. Lord of the Rings has had a verdant modding presence on ModDB, so here's five mods centred on Tolkien's chronology in Middle-Earth! 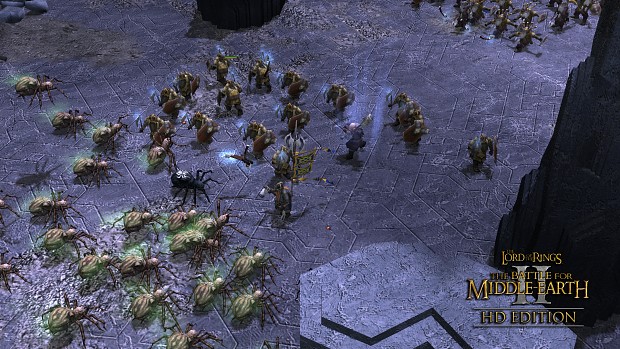 The BFME2: HD Edition is a model pack featuring both reworked and all-new unit and hero models. Our primary goal is to preserve the distinctive style of BFME2's models while thoroughly polishing them up. BFME2: HD Edition is being developed primarily for use on Revora's T3A:Online multiplayer server. The most important feature of this model pack is that it's intercompatible, meaning you can use it online even if your opponent doesn't have it installed.

The Battle of the Pelennor Fields 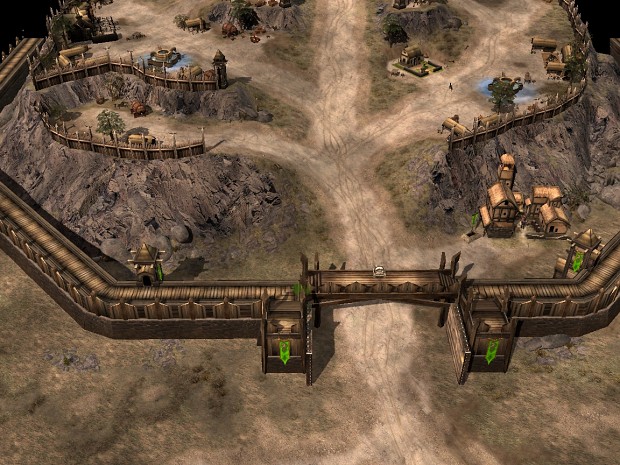 This EPIC mod adds six new factions of men to the Rise of the Witch King expansion allowing you to control any of the races of men that participated in the Battle of the Pelennor Fields. It has more than forty new heroes and absolutely tons of new buildings and units for the new armies. 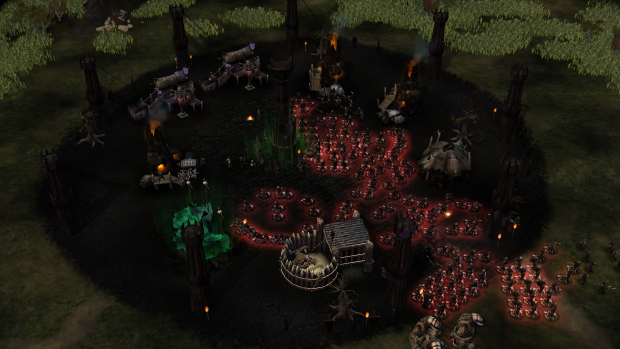 16 Factions are being made for Return of Shadow as of the current version 11 have been released. Each faction is unique and designed to make best use of the faction's culture while offering unique game play mechanics and ideas. 100 maps, bigger battles, new outposts, and new heroes expand the offering for BFME like never before.

By Shadow and Flame Team 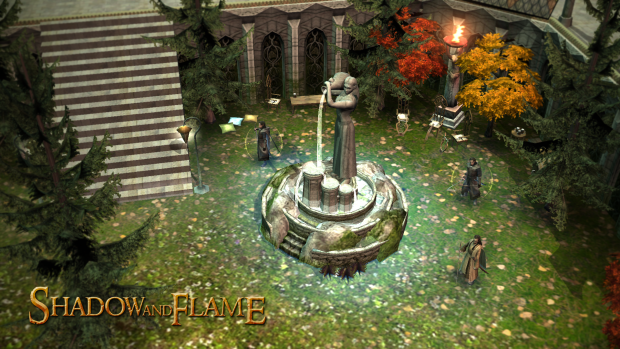 A new evil faction, new heroes, spells and units for original factions, new maps, and campaign-compatible. Shadow and Flame is a modern reimagining of BFME1, with improved graphics and new gameplay systems. Our goal is to create an RTS experience that is faithful to the spirit of Tolkien's mythos, with diverse, engaging, and balanced gameplay.

Rise of The Heroes 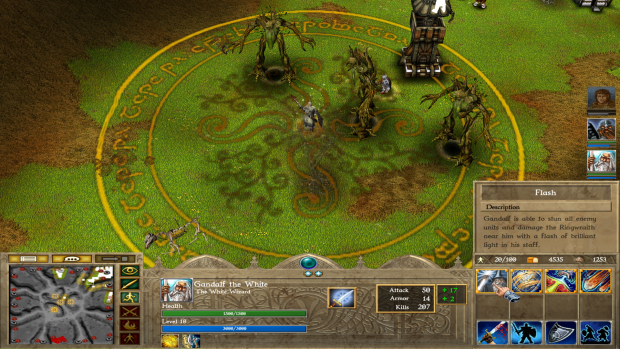 Do you like playing with heroes? This mod is made for have more powerful heroes and balance units, offering a different gameplay experience. Heroes are stronger as the mod name says. Some of them have new abilities, some of them have stronger abilities, but don't expect a hero to defeat all the enemy army alone. Greater armies are bigger

One To Bind Them

Humble Bundle's regular bundles providing some of the best deals in gaming are well-known to gaming audiences, including those who regularly read our editorials. Thanks to the generally classic franchise collections Humble puts together, there's usually a way to tie it back into ModDB as a site, and the newest bundle - Fantastic Journeys: Middle-Earth & Beyond is no different, featuring some of Lord of the Rings titles as well as other fantasy franchises. Though BFME and some of the classic LOTR titles aren't featured in this bundle, it does have a solid offering with the Shadow of Mordor games (some of the best fantasy RPG action you can get in recent years), and for more casual players, some of Lego's adaptations of the series. 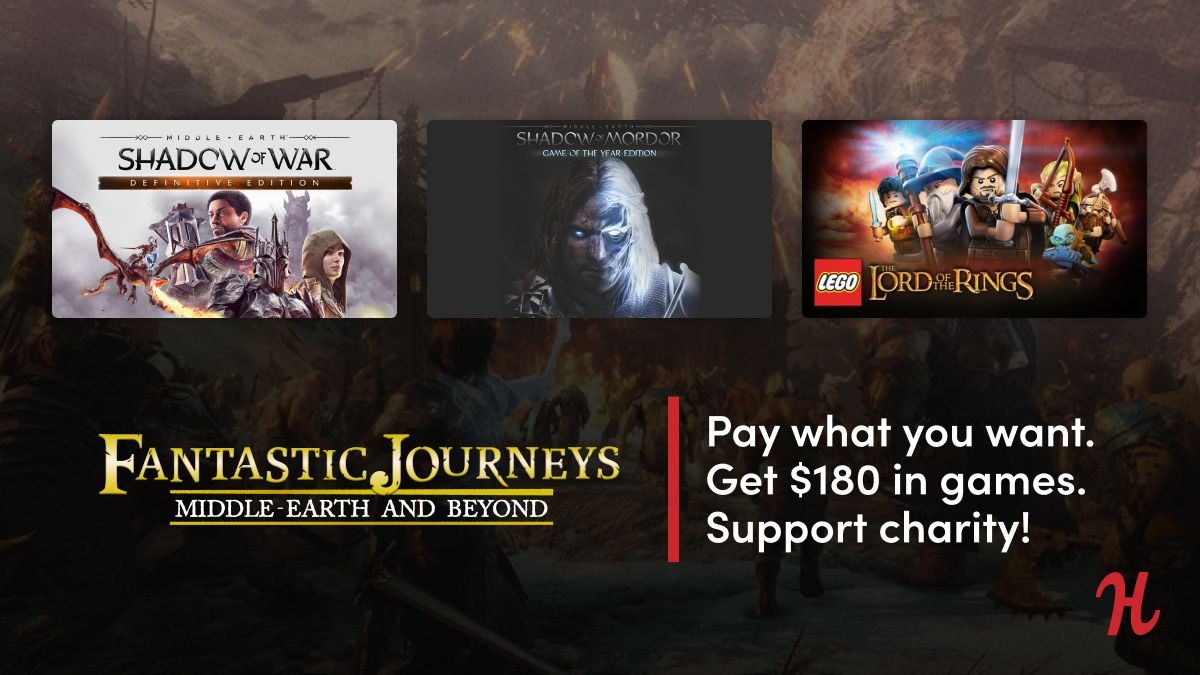 Humble's newest bundle includes both the Shadow of War games, giving players
a go at some of the best new original stories told with the LOTR IP

Lego Harry Potter also features - a different way to experience a British classic - alongside games in the Gauntlet franchise for a bit of heavy-duty co-op gameplay. We don't have mods for these titles, but we do have mods for some of the classic Harry Potter games released at the same time as the movies, if that's more your thing. In the mean time, Embracer Group's recent purchase of basically all LOTR multimedia rights puts the franchise in an interesting position, and we're curious to see what new projects in Middle-Earth could arise from the acquisition.

You can also see mods for the sequel here, the sequel's expansion here or more War of the Ring mods here.

Rise of The Heroes Mod

Do you like playing with heroes? This mod is made for have more powerful heroes and balance units, offering a different gameplay experience.

Welcome to the Tolkien Modding Community, you have been listed at our group, Moddb.com

Good luck and success with your Modding Project!

Ohh I just saw that all the other mods are there as well. I didn't know this but I am glad you have listed mine and others there :D

Single & Multiplayer
Tags
Embed Buttons
Link to Rise of The Heroes by selecting a button and using the embed code provided more...