Harry Potter And The Sorcerer's Stone

Gamescom's opening night has been and gone and some massive announcements, updates, and teasers have hit the field. We watched it with anticipation - as we're sure many others did - so here's five of our favourite news items from the night and a mod relevant to each from our catalogue!

For Harry Potter And The Sorcerer's Stone 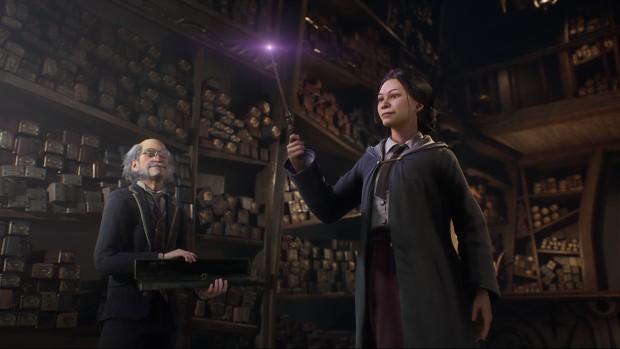 One of the best parts about the older Harry Potter games was the increasingly-detailed environments of Hogwarts being brought to life. This went off the rails a bit as the games went on - with some like Half-Blood Prince making a good go of it and moving back to linearity for Deathly Hallows. As a brit, Harry Potter is something I grew up with and so I've been looking forwards to Legacy for some time now. 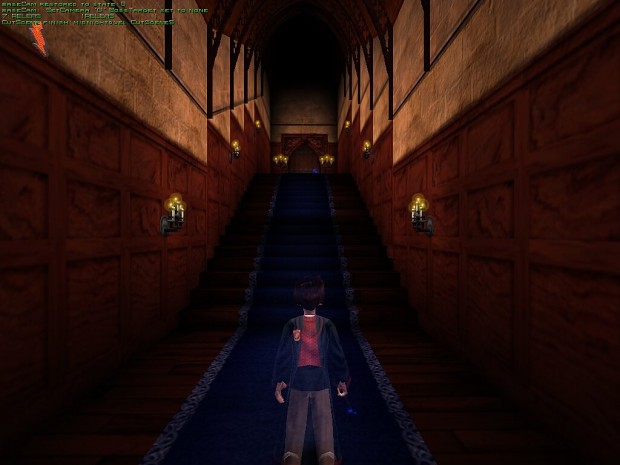 Meanwhile, speaking of old gems, the "Unreal Trilogy" of Harry Potter PC games (with the first and second games on Unreal 1, and the third game moving to Unreal 2) hold up pretty damn well for movie tie-ins, and their Unreal basis means they're surprisingly moddable. Dedicated Potter-heads have made many a mod over the years expanding what's available to digest, and with the E3 mod, you can go all the way back to the start, with more features and cut content restored for a second go-over. 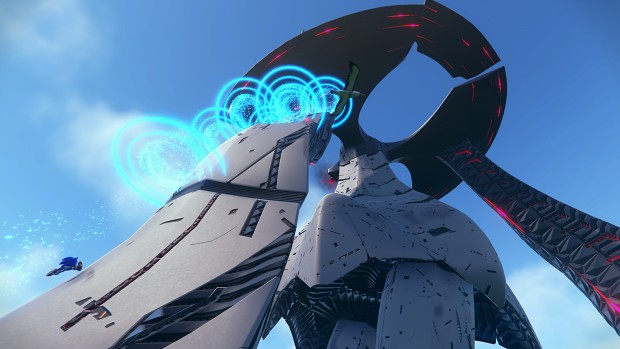 Of all the games to make the jump to open world in recent years, it seems odd Sonic's flirting with the genre has been just that - idle glances and the occasional dipping in before dipping out again. Frontiers is taking Sonic in a new direction, then, by letting us run around at the speed of sound in a large world at our leisure. Sega's track record with mainline Sonic titles has been patchy, but Frontier's premise is solid, so I'm hopeful that this'll be the breakout hit. 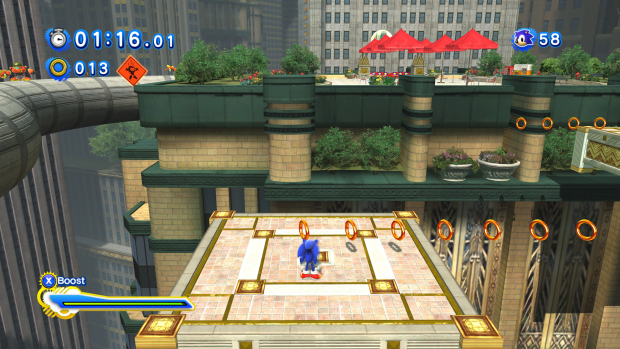 Whilst we maintain hope for the future, let's take a look at the past at one of the well-received Sonic titles in recent years - Sonic: Generations (whose 9/10 Steam score proves this was one of the better showings for the nimble blue rodent). Modders have decided this game's quality makes it a good contender to improve less-loved entries in the franchise and the Unleashed Project takes levels and mechanics from Sonic's werehog phase into Generations for a new way to experience that, er, "interesting" entry in the series. 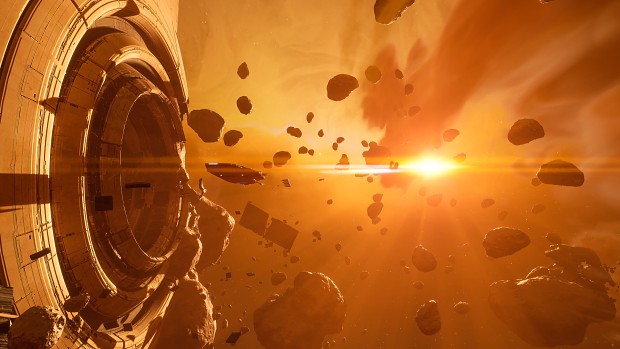 Long have we waited to return to the highly tactical, uniquely-styled world of Homeworld - a franchise best known for the depth of its gameplay and scale of its dogfights in the early days of 3D RTS. A few remasters have cropped up over the years, but what we want is more - and that's on the horizon with Homeworld 3, which will advance the story beyond its predecessor's finale and test even the most diehard of strategy veterans. 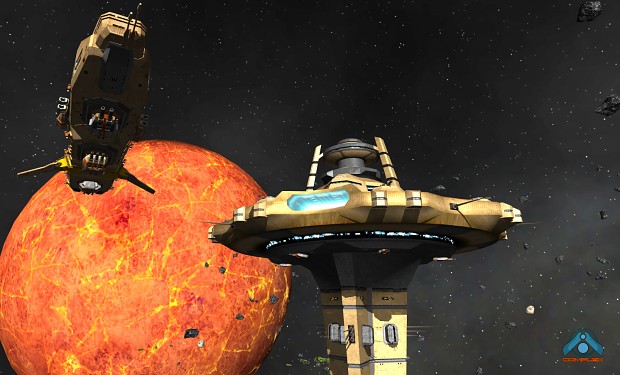 But, whilst you wait, you might want to brush up on your skills - Homeworld's gameplay doesn't reward clicking every button to see what happens. The Complex mod has been a staple for Homeworld 2 fans for over a decade now and has pushed the boundaries of what many considered possible with the game. The author stated at the time he planned to revisit Homeworld 3 with its own version of Complex, and whilst he has been waiting some time now, hopefully it won't be long before modders are taking names in the new game too.

For Age of Empires III: The Asian Dynasties 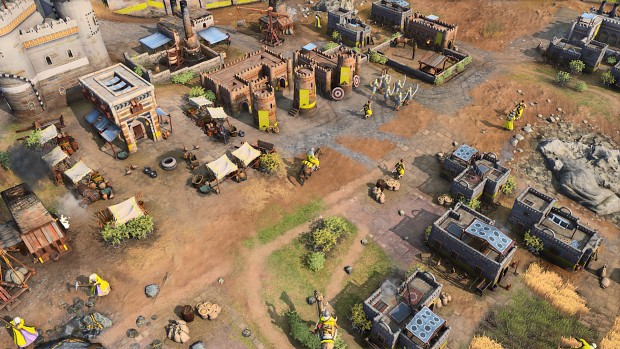 Age of Empires is a different kind of RTS, at the time a marked departure from its contemporaries, and has maintained a perpetual relevancy through the years, aided a little by the decrease in new RTS titles making it that much more apparent sometimes the old ways are the best. Nonetheless, AOE IV has been making a good path forwards for keeping the RTS genre alive in the modern gaming landscape, and a new expansion for it to further expand the content available is just what many are looking for. 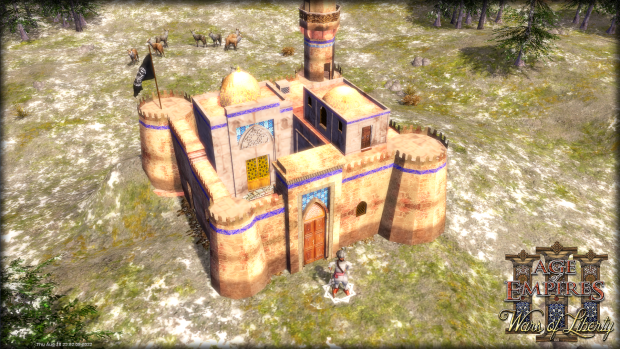 Whilst many would say AOE II was the height of the franchise, some fans of the series prefer the third entry instead for its jumping into the realm of 3D. Wars of Liberty has been a fixture of this game's modding scene for many years, winning MOTYs, receiving thousands of downloads, and giving AOE III fans a formidable tool with which to debate which entry in the series is really the best. 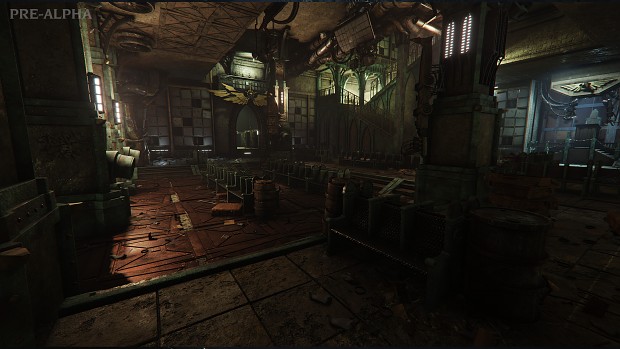 Vermintide and Vermintide II are two incredible co-op experiences, bringing friends together to kill gigantic hordes of nasty rat buggers and nastier Nurgle worshippers with an emphasis on camaraderie, between characters as well as players. Darktide taking us into 40k for more of that classic co-op survival/objective gameplay with a gothic futuristic spin is a winning formula. If you and your mates haven't already picked out who's playing who, you better get on it! 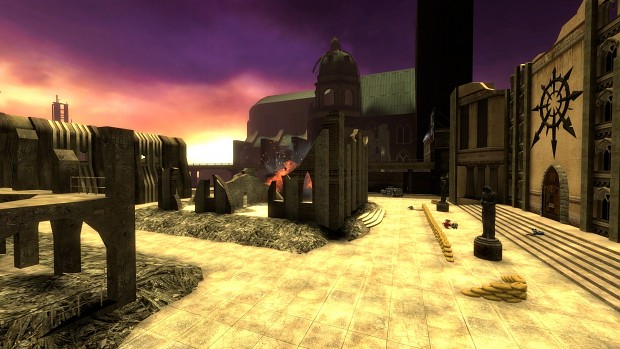 If you can't wait for some first-person horde-slaying then never fear, because this player-driven multiplayer total conversion for Half-Life 2 has you covered. Space Marines stand firm against hordes of Tyranids in gameplay reminiscent of great asymmetrical PVP mods like Natural Selection, and and there's nothing quite like mowing down hordes of 'Nids with a group of god-like men by your side.

There's our picks for the five titles we're most excited for from Gamescom. What were your favourites, and are there any mods for these relevant franchises you'll be playing to warm up? Let us know down below!

This is the Full Release of the E3 project which includes vanilla and E3 assets as well as custom assets too.

Attention! It's for Harry Potter and the Philosopher's Stone PS2 Multilanguage PAL version, not the PC version!

This is the Restored Project which includes the Free Roam project.

Made Harrys movement similar to HP2 and improved the camera.

Koop's Harry Potter Editor. With this editor you can edit, create and load maps for the HP games. all credit goes to Koops

Harry Potter And The Sorcerer's Stone PC Demo. This is hard to find so I thought I'd share it

I had this on gbc

I have an idea for someone who has UT99 for converting new UMX files from OGG. Since I cannot find my own source for UnrealEd 2.1 for doing the conversion myself I thought I would ask if anyone would like to collaborate for a music replacement mod. I previously had done so for HP2 because it used Ogg Vorbis files, but this game has stumped me since the proprietary UMX files are a very tricky beast and require the use of UnrealEd 2.1 for UT99 in order to convert audio files to UMX for use with HP1. The aim of the mod is to introduce as much of the original orchestral soundtrack as possible into HP1. In HP2 and HPPOA both, the better sound capabilities of the machines they were played on made it easier to implement the orchestral mixes (In HP2 the orchestral vs synth track ratio was about 50-50 and HPPOA was completely Orchestral) instead of 16 bit PCM wav synth substitutes for the orchestral soundtrack (a bit better than midi, but crappy nonetheless), which was the majority of the soundtrack in HP1. This replacement aims to make HP1 sound, music-wise, just as good as the later games. Especially with the HP2 mod that I did, I am amazed that things sound much better and make the game a bit more immersive, coming back to it after years of collecting dust on my hard drive. If this could be achieved in the UMX files of HP1 too, I would love to do it.

I watched the first two Harry Potters. I don't want to watch any more.

Does anyone know where to download all the community made maps that used to be around?

Hi, what community maps are you talking about? I have lots of maps that I downloaded from youtube videos that I could upload here if you'd like

Tags
Embed Buttons
Link to Harry Potter And The Sorcerer's Stone by selecting a button and using the embed code provided more...

Harry Potter And The Chamber Of Secrets Adventure