Operation Remembrance is a massive expansion and realism mod for EA's Battlefield: Vietnam. Operation Remembrance has been created by Denal Douglas, a private mod-maker, and has been in the works for almost nine years. It adds dozens of maps, small arms, weapons emplacements, aircraft, land vehicles, and naval vessels, as well as significant improvements to the AI, making singleplayer more fun and more challenging.

A Long Overdue Update on V1.1

Hey, everyone! I'm sorry for the long time since my last update, but I've been busy with a lot of different things, both in modding and in real life. Since publishing the last article, I've implemented the vast majority of the changes I said I wanted to make for V1.1. The ammunition and vehicle repair systems have been overhauled as indicated in the previous article, the new armor/damage system is approximately 95% of the way finished, the kit system has been revised to remove handguns from most kits and add a number of useful tools, a large number of general gameplay tweaks have been implemented, and all of the existing maps have been updated to include some new objects and vehicles.

At this point, all that's left is some rather extensive debugging and fine-tuning, and overhaul the additional thirty maps that are going to come with V1.1. Three of these maps are already finished: Hue Slums, Operation Quick Justice, and The Cost of Living. Two more maps, which are up for renaming, are almost finished, while the remaining twenty-five still need significant changes. Not considering possible future name changes, these twenty-five maps are:

For anyone who hasn't seen it, I released a video on my YouTube channel covering some of the new features. You can watch it here: Youtube.com

Unfortunately, the estimate I gave in that video for a release date sometime later this month or in October has turned out to be overly optimistic. Some things have come up in my life that need to be taken care of, so it looks like I'll be taking a break from development for about a month. I'm hoping to come back sometime in mid-October or a little later, so at this point, I'm aiming for Christmas as a release date again. Until then, here are some pictures from Operation Remembrance in its current state. 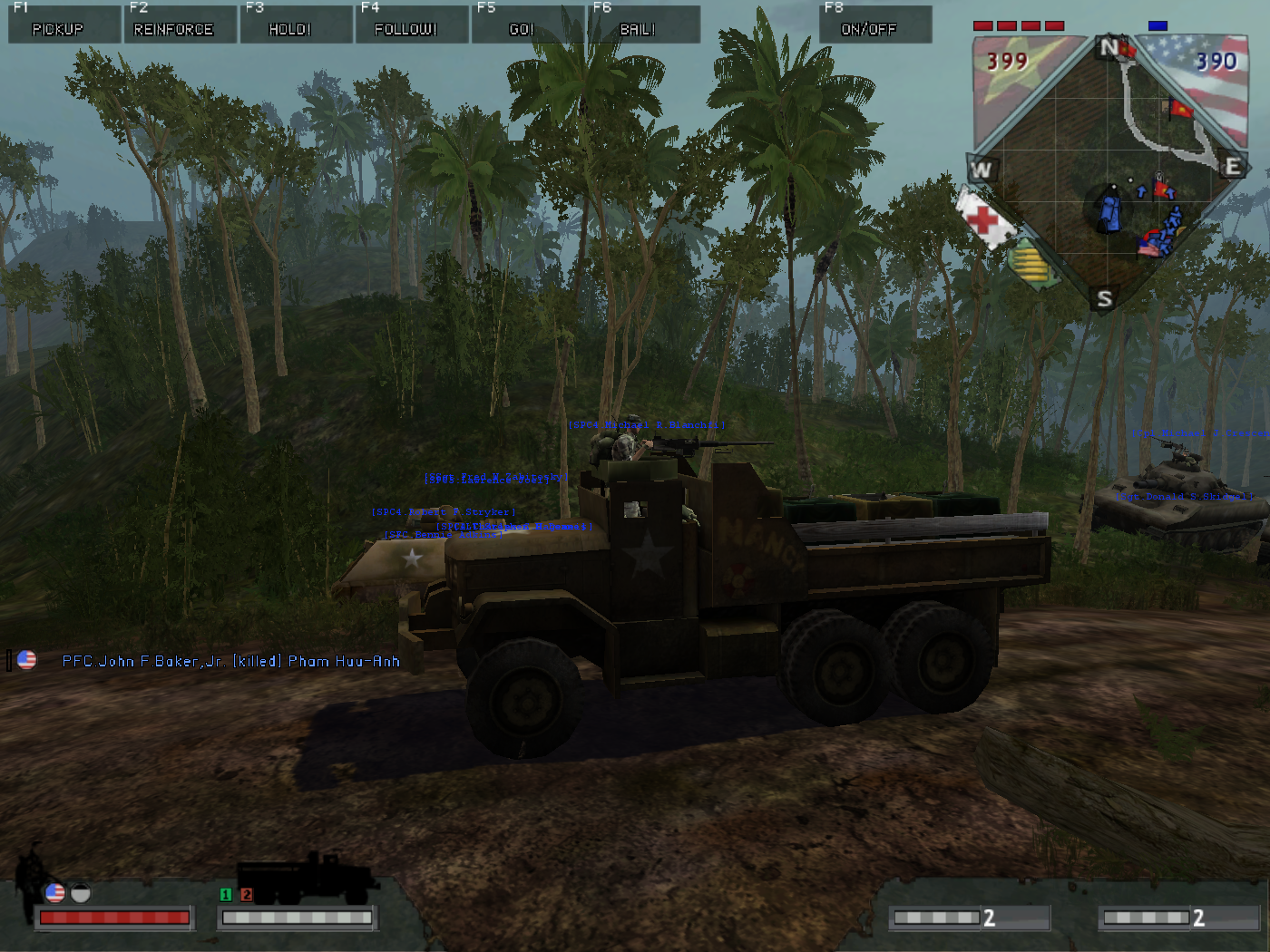 An M35 truck carrying ammunition and medical supplies accompanies US troops in an attack on the Ho Chi Minh Trail. 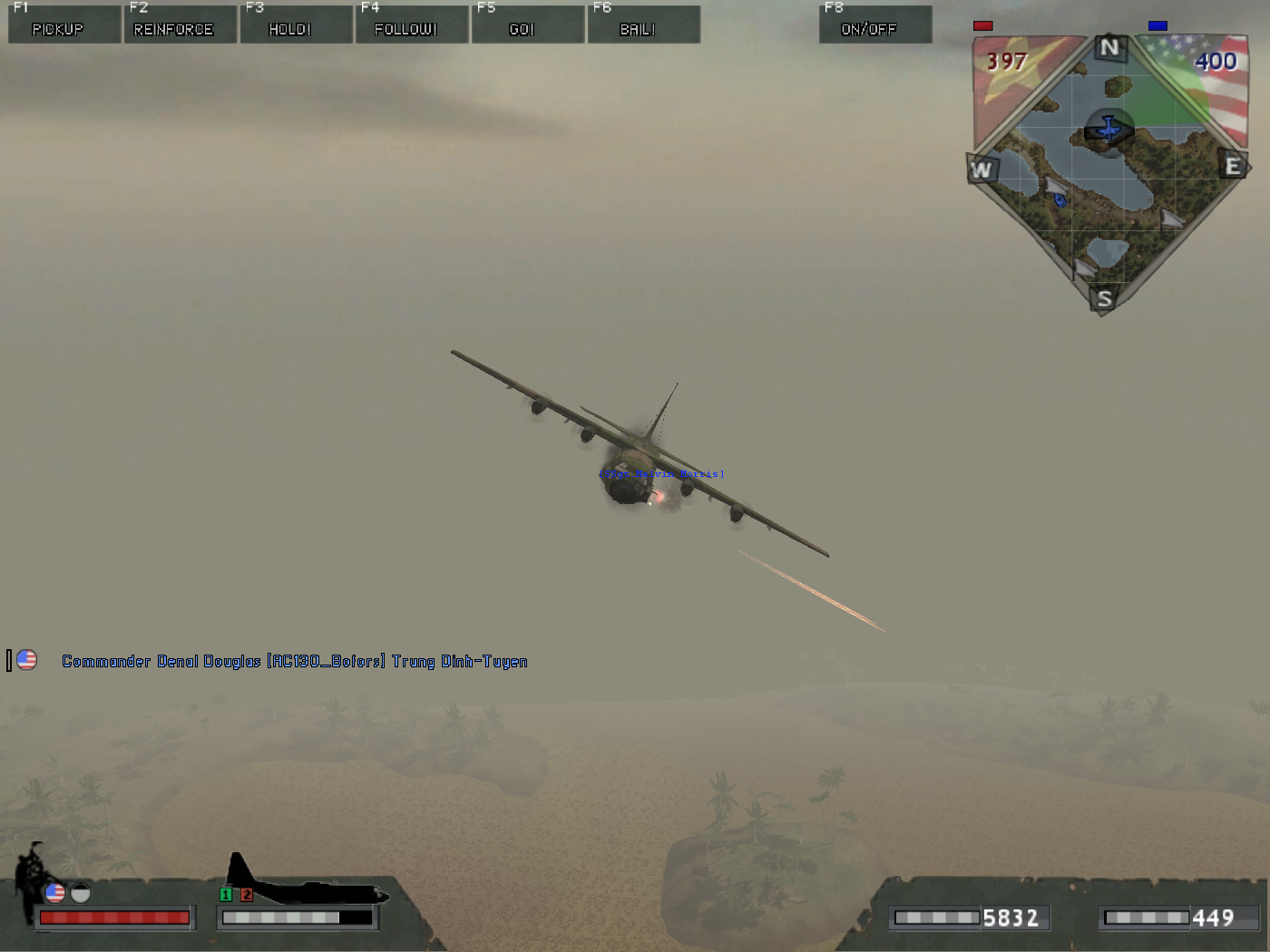 An AC-130 Hercules fires at NVA positions in Cambodia. 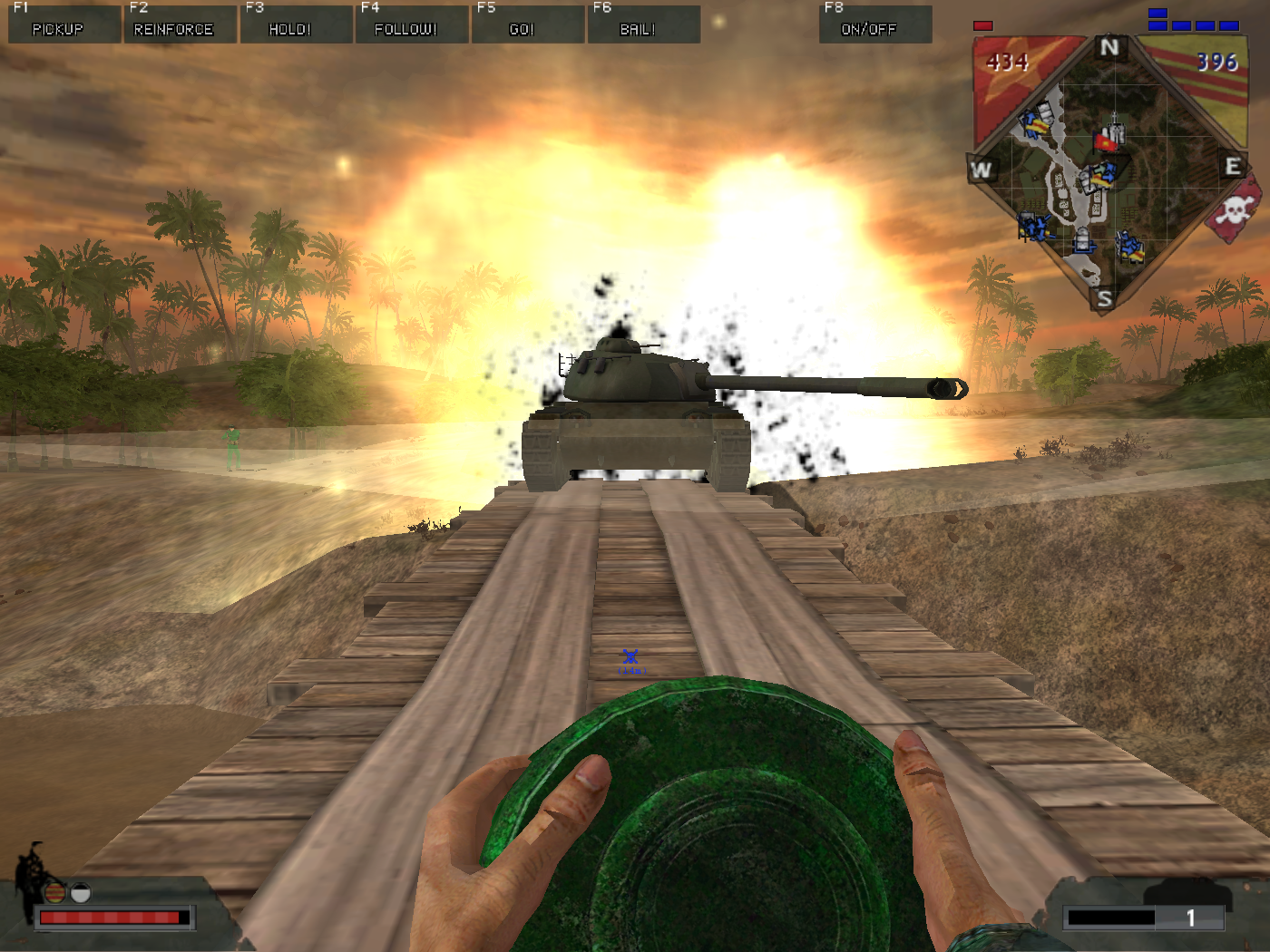 A captured M48 Patton in use by the NVA detonates an M15 landmine outside of Saigon.

Aircraft Update, and a Casting Call!

An update on some of the new features being implemented for aircraft in Operation Remembrance, and a request for help from my fans!

Operation Remembrance V1.1 Is On The Way!

Development for the V1.1 update for Operation Remembrance is now in its second week. Here's a look at the features scheduled for release with this new...

Now that Operation Remembrance is out, here's a list of all the songs used in the loading screens, including classic Vietnamese rock!

Operation Remembrance Is Now Out!

Version 1.0 of Operation Remembrance is now available to play! See here for details.

A patch to fix a number of issues that were missed in the release and V1.01 patch, including several problems and requests brought up by members of the...

When I boot up this mod, there's no sound effects; no firing sounds, no menu sounds, but menu and map music play just fine, and after some time, the game just crashes, how do I fix this?

My guess is the installation of either your base game or the mod is incorrect in some way or got corrupted. I've never had anyone complain about this before. I would try completely deleting the mod, redownloading it, and installing it again. If that doesn't work, you might have to uninstall and reinstall the entire game. I've heard of (and personally experienced) corrupted installations of the main game that can cause serious issues when running mods.

Can't wait for the 1.1 release

Greetings From Thailand, I hope you add Royal Thai Army in the future as well that would be awesome. keep up your good work

Please developer, add this mod to be available to download through qbittorrent as well. it's two GBytes and downloading with qbittorrent will make it easier. Your mod is great

can you make bodies staying in the next update please ?

The bodies do stay around for an increased amount of time compared to the base game. I've found that combined with other elements of this mod, making them stay for too long can cause serious lag.

Not possible. There's no way for the player to set that in-game. It can only be done in the code.