In late 2005, a Russian mineral exploration company discovered a series of large oilfields in southern Sudan. Sudan’s Military government, with its ability to hold the newly revitalised Sudanese People’s Liberation Army at bay beginning to falter, decided this new source of oil was its one sure-fire way to hold onto power.

The new problem was that this new oil source was located in the rebellions traditional stronghold in the countries non-Arab, non-Islamic south. With the 2002-2003 cease fire agreement having broken down, and political opposition parties in the North of the country making a common cause with the rebels in the south, the Islamic-Militarist government found itself faced with the prospect that it may be overthrown.

The solution they came up with, was to forge an agreement with Russia, that it would sign over all of the profits from the new sources of oil and gas to Russia, in return for help keeping the rebels at bay, but under the pretense of providing economic aid, cheaper generic branded HIV medication, and help in improving road, highway and long range telecommunication infrastructure.

Russia accepted the deal, not because they believed the regime should be in power, but because they saw an immediate need for cheap oil in Russia. Although Russia has some of the largest oil deposits in the world, much of it is stuck below hundreds of metres of permafrost, the cost of extraction and transportation from the remote, frostbitten areas forcing the price of the oil sky high, and creating an extreme burden on Russia’s economically important long-distance heavy transportation industry.

When the new oil deal was announced, this enflamed the conflict with the SPLA even further, although they hated being oppressed by an Islamic/Military regime, they believed at least the current regimes economic policies were smart, and were benefiting the overall economic status of the country, by slowly implementing IMF macroeconomic strategies.

Without the economic benefit of this oil, the SPLA believed the large problem of increasing Sudan’s per capita output would be adversely affected, but most of all they realised the government was doing it to raise help in holding the SPLA and other rebel groups at bay.

Sudan’s neighbouring countries also took umbrage. They felt that by giving the oil to the Russians, they had been passed over. They were of the opinion that the oil should have been sold to them, thereby keeping the wealth in Africa.

These countries, which had a history of allowing the Sudanese rebels to conduct insurgencies from within their borders (although they all denied it) were now openly hostile towards the Sudanese government, and began to not just allow the rebels to conduct insurgencies from within their countries across the border, but a few countries, the most aggressive of which was Kenya, went so far as to provide small scale air support before raids, and helicopter reconnaissance after raids, to ensure the area was empty.

Although Sudan knew this was happening, they had no way of proving it, and Sudan and Kenya edged closer to war.

The USA would not have a bar of it, assuming Russia would say that “It is none of our business, it’s a local issue” and not actually even come close to promising assistance to Sudan in a war with Kenya, after all, the US already knew Russia was only their to get oil and advise the Sudanese government on how to suppress a pending uprising, they were not there to help fight in someone else’s international dispute.

When it was soon discovered just how much oil was involved, (a surprise to both Russia and the USA), The USA suddenly became far more interested in the dispute, especially when found that the eastern most oilfield partially lay across the borders of Sudan, Kenya, Ethiopia and Uganda.

The USA decided that if it stepped into the dispute on the side of Kenya, they could use the threat to make Russia agree to share the eastern most oilfields with them. The USA approached Kenya with an offer to help them, but rather than just provide strategic advisers, they would need to send a sizable contingent of troops ‘to protect the advisers’.

Kenya Jumped at the chance, and when Russia figured out what was going on, they were outraged, and refused to share the oil at all, and asserted that because the vast percentage of the fields lay in Sudan, that the oil under the other countries was theirs too, especially as it was a Russian company that discovered the deposits.

The USA decided to apply more preassure, they immediately sent more troops to the area, and the dispute immediately became two tiered, the Sudanese – Kenyan conflict on one hand, and the Russian-American conflict on[...]

We would like to thank everyone for the wonderful support we have enjoyed over the years. Our recent announcement that we were wrapping up production on PoE2 brought a lot of old friends around to say hello and voice their support. A big thanks to everyone that was involved in this massive production. We hope you continue to enjoy it for a long time.

During our final months of production on PoE1, we didn't know when DICE would announce the release date for BF2 and pretty much close the doors on our Battlefield Vietnam production. We were very aware that Battlefield 2 would zap our playerbase and eclipse our work. This led us to cut some details that we didn't have time to wrap up. We hate leaving loose ends and always felt like we didn't finish this chapter of our mod to the point where we would have liked. 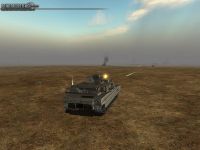 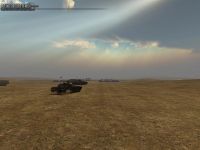 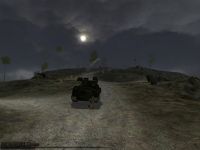 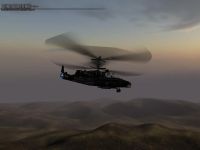 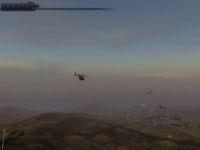 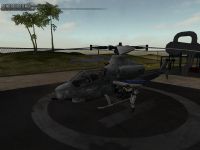 We have added a couple limited edition t-shirts to our PoE Store. Show your support and wear your PoE colors!

That's all we have for today, stay tuned for more.

Hi there. After some people getting confused about us having already released for BF2, when in fact it was our BfV version that was released, I decided...

Point of Existence .4.4 released! When .4 was released we still had several maps as well as two pieces of equipment still under development. The maps...

Point of Existence are proud to announce the release of beta 0.4.2 of our BFV mod! The download is available in 2 flavours, Full Client 1.45 GB or as...

This is a very large mod from the Point of Existence Team. See File Details for a good synopsis of the story.

The client build of Point of Existence v1.0. Battlefield Vietnam is required to run.

Anyone having problem with red tint on windows and car mirrors?

Where can you download the thing bud? Can you help me?

awesome mod for a awesome game.

this mod its just for multiplayer?

can you actualy drive that merceadeys?

Somone answer me i dont whant to delete mod wich take me 2 hr to download pls interupted download 3 times.If anyone know what is problem tell me.

Multiplayer
Tags
Embed Buttons
Link to Point of Existence by selecting a button and using the embed code provided more...