The goal of 'Totaler Krieg 1939-45' is a unique one for an RTS title. It doesn't focus on balancing, or anything 'game' related. No, this modification's sole aim and goal is to bring the most historically accurate portrayal of WW2 as made possible by the GEM engine to your screens - "A total revamp and historical conversion".

Nothing is left untouched. All assets, models, textures except those such as fauna and buildings have been, or are being completely replaced. Each faction of each alliance, Axis powers, Commintern, and those of the Allied alliance will be represented in some form or another with no detail spared; uniforms, helmets, weaponary, soldierly equiptments, voices, soldier portraits, flags and other faction specific items will be present. Each individual texture has been painstakingly recreated with the greatest attention to detail and care in order to preserve the integrity of the modifications goal, and also to honor those who served and fell during the greatest conflict in history.

For those out there who have longed for a game which puts the highest emphasis on realism, regardless of the advantages and disadvantages exposed on the battlefield, then this work is for you.

Support me and you will be rewarded with an experience never before seen in a game.

- Historically accurate uniforms and equiptment variations for all nations, for all time-periods from 1940 to 1945, on both the Western and Eastern theaters of War.

- Weaponry and ballistic characteristics have all been incorporated to their realistic values.

- Each armed force of each faction will be featured, including the Army, Airfoce, Navy and other specialist force such as the Waffen SS

- Correct Squad, Section, Platoon and higher configurations of each army to match their war-time numbers.

Thanks for reading & maintaining an interest in my work.
Sturm

When Will Totaler Krieg be released?

"The modification will be released as soon as all work has been completed in correspondance with the current progress report."
Will this modification be available for MoW, MoW AS, AS2 or BoE?

"The modification was originally conceived for the original Men of War, however I have now shifted focus onto Battle of Empires. This was due to a number of reasons, one being improved stability and performance."
Can you list all the nations / nationality of soldiers that will be present in-game?

"Yes, however an alternate download will be made available to replace banned and 'verboten' symbols"
Do you still take donations?

"Yes, located below is a hot-link that will direct you straight to the modifications donation fund."
Do you still take Beta tester requests?

"No, not at this present time. Therefore donations do not entitle you to a place in the Beta-testing team, although you can still put forward suggestions that will gain precedence . Your name will also be added the the modifications credit list."
Do you require applicants for the DCS developer group, i.e Texture Artists, Composers, Modellers e.t.c?

"Yes, I also offered paid positions, however as of now I do not need applications as the development team is currently scouting the above mentioned positions on a professional level." 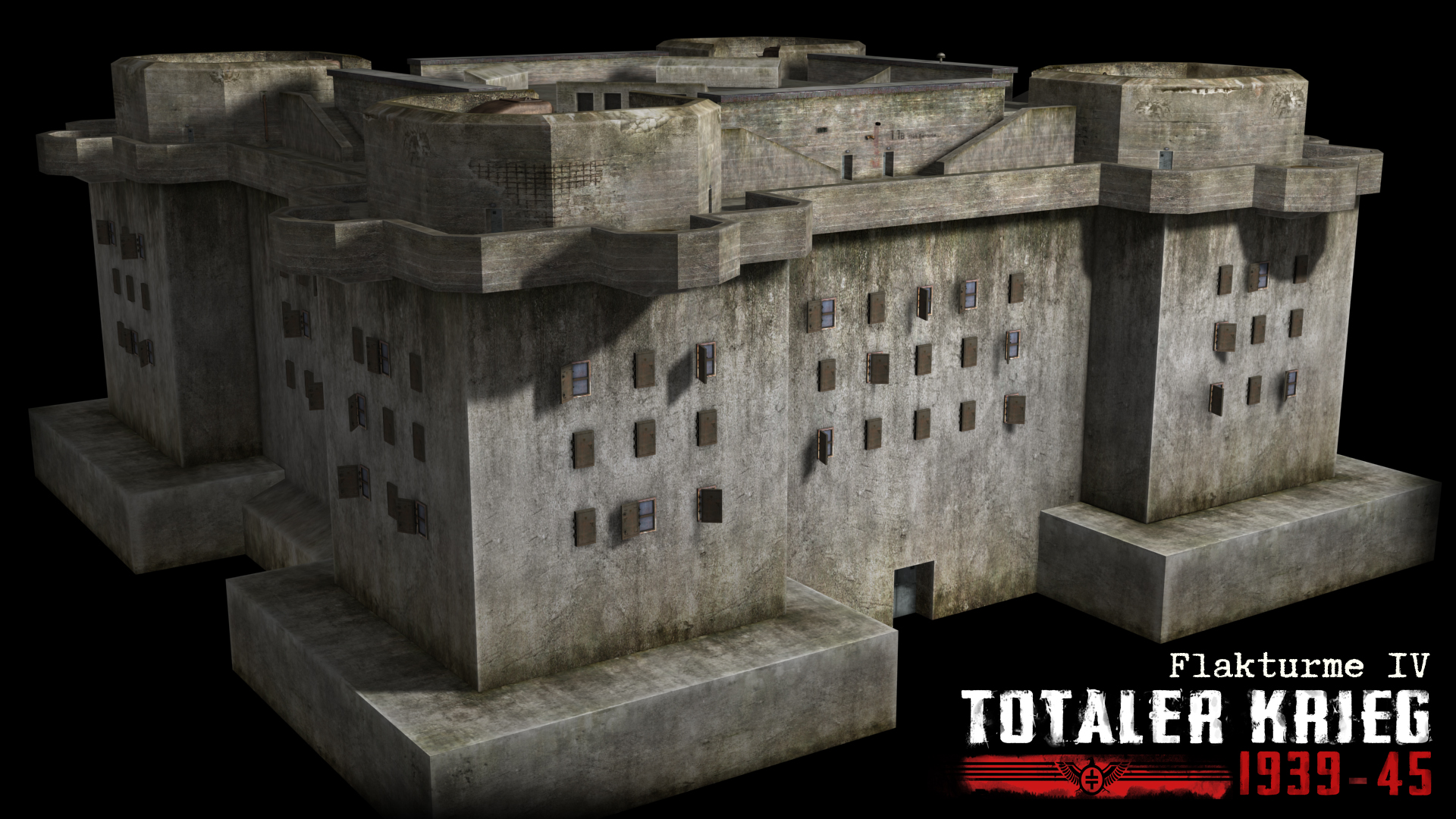 Finally after so many years I'am pleased to annouce the release of Totaler Krieg v0.99. Due to unforseen circumstances I was unable to dedicate as much time as I had hoped, therefore I'am releasing what I have to give back to the community. Do as you wish with the content, tweak and modify to your hearts desire, try and finish what I started and create a totally different MoW experience.
Thankyou all for your support and dedication over the years, I hope the wait was worth it.
All the best,
Cheers,
Sturm.
To the community, I hope this project will be continued by members of the community to help it grow and to fix issues I have overlooked. Finalising the MP aspect would be the area which I personally always wanted to finish, however porting to AS2 / CTA could always be an option for the future.

A: Unzip all four split .7 archives into the BoE packages folder within steam/common folder. Active via in-game settings.

In light of the up-coming release of Totaler Krieg, KriegStrudel, a member of the DCS team penned a few questions to developer Strumfuehrer regarding...

Demonstration of all the human assets available in Totaler Krieg v1.2. Over 188 individual unique human models, 273 equipment items and 144 weapons. In...

Can someone please upload the files someone so that others can download it because the original links are gone?

Yes, I would love to try this out. BOE is sorely lacking in SP content and mods

Looking back I actually found the mod still in the folder so if you want it I have the files so if you have a way I will gladly send them to you, but I haven't done this before so yeah.

Can you provide google drive link?

Links are dead... What happened :(

sturm, sorry for the inconvenience, i played your mod the totaler krieg for a long time and i like it i have fun, but i would like to know how i remove the animation of the soldier dying with just one shot, so i can add breed and the soldiers get more difficult of dying to give even more fun, if you can answer me I thank you very much.

Eh the mods dead, the guy creating it probably just gave up on it.

There is probably a lot more to it.

Well worth the wait, cant wait to play it. Amazing looking models and it is such a privilege to play such an amazing looking mod, I cant imagine the hard work and effort the devs put into this great piece of work.