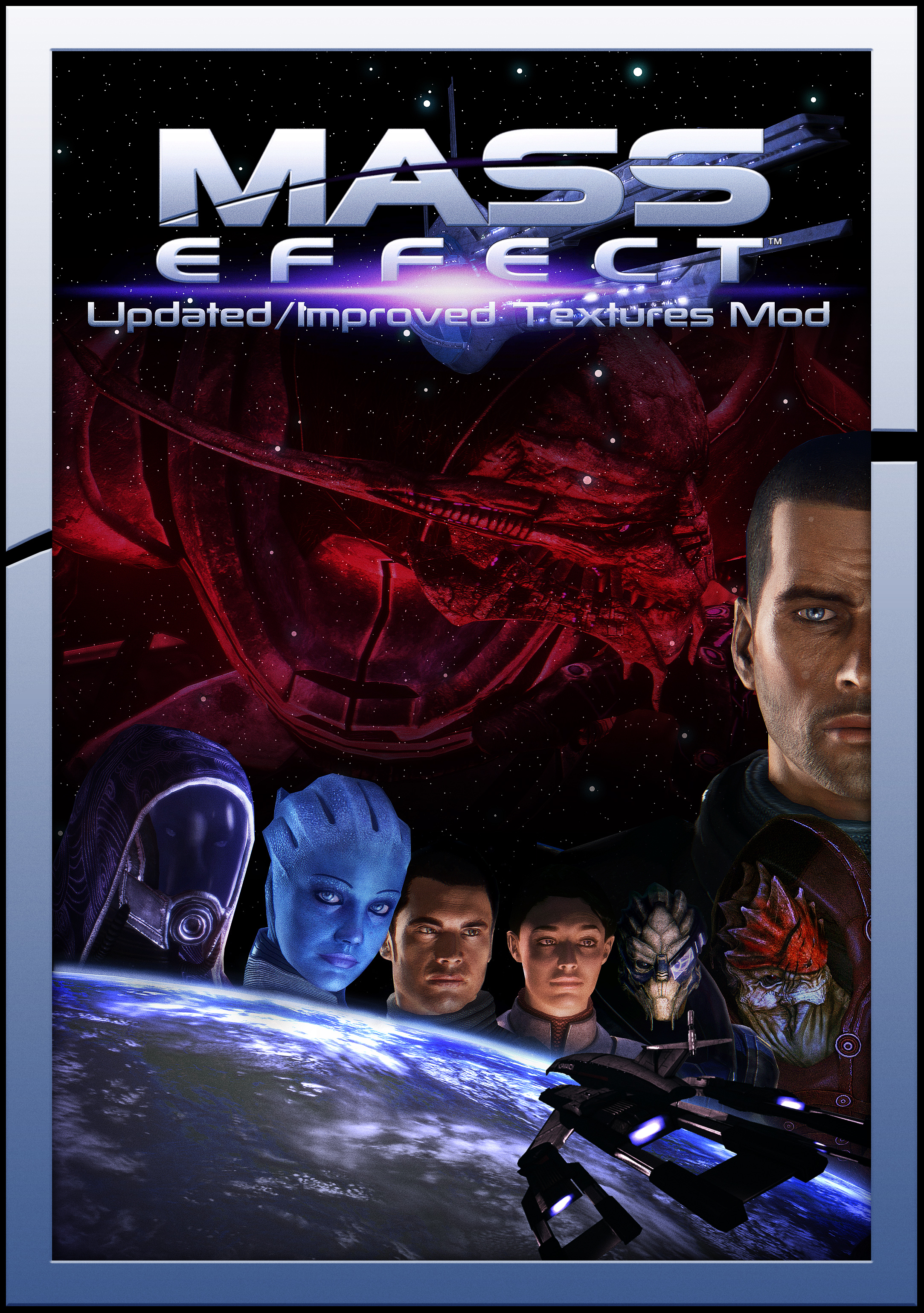 This was all achieved by texture editing (up-scaling, re-painting, adding details, adding texture, adding pattern, and using that to rebuild spec maps, spec power maps, and normal maps). Then once all the details are added I load up the Character models into Photoshop and paint away texture seams as best as possible. I added a higher resolution film grain for crisper picture with film grain one.

This mod also introduces soft shadow shaders by daemonjax, tweaked by myself and tweaked bioengine.ini settings for texture streaming and soft shadow setting by me and other various quality improvements by Aquadran all done behind the scenes by the installer ro manually in MEM for advanced users. Lastly I have included a ReShade preset that I customized specifically for MEUITM to add next gen lighting and effects as best as possible without betraying the original feel of the game while adding some effects to mimic visual styles seen in Unreal Engine 4.

MEUITM Anniversary Edition now available. Many new additions and revisions, see the screenshots for an idea.

Before and After shots:

This mod is free and always will be. Over the years I have had a few offers for donations and I have decided that I will attempt to accept donations only if they are to support me and if you find my services (continued efforts and support) helpful. The donations are not for the mod or any content within. If you, like some, simply want to show appreciation for my efforts then by all means please donate. It will help me continue modding, cover software, and cover PC hardware costs which I use to mod.

If you are inclined to do so I would be sincerely grateful :)

.tpfs for people who want to pick and choose what to use and know how to use ME3Explorer to mod ME1. Recommended for advanced users only.

PLEASE READ the full version by downloading or for a nicer version by clicking the read more+ link.

Hi there, have a question. At a certain point in the game (Noveria, after the Mako drive, but just before you enter the next facility), all characters and some objects turn into black boxes. They're still vaguely shaped correctly, but just black. When I walk back out, get in and out of the Mako, they look normal again until I go back inside. Any idea what's wrong? Thanks - and thanks for all of your awesome work!

This is a game bug with AMD CPUs here is a link to a fix:

So I have a fresh install of ME with the fallen skies DLC.
I ran the game once before quitting and running MassEffectModder.exe
It reaches about 78% before returning a Microsoft. Net unhandled exception error.
It also mentions the index was out of range.
I don't suppose anyone ran into this issue with the anniversary edition 2018 before?

So I reinstalled the vanilla ME with the fallen skies DLC.
I downloaded another instance of the meuitm mod but cut the network connection so it wouldn't update.
The installer warned me that it couldn't update and I asked it to run anyway.
It ran through and finished with no .net issues and I was able to run Mass Effect fine with it.
Looking good so far.

Hey, I have installed the mod and the game starts fine. But all the people look like Black thinks. I mean ther armor is just Black so are ther faces- It's not like the bug wher they are a bunch of Black boxes. Any Idea what I can do?

This usually happens if another mod or DLC is installed after MEUITM or if the game reverts to vanilla via auto game updates These auto updates need to be disabled manually in Steam or Origin.

The solution is to delete Mass Effect and start from scratch following the install order in the readme/install video. All DLC then mods that aren't MEUITM/ALOT and the install MEUITM/ALOT mods.

I'm having some issues with this mod on the Origin version of the game. My ME decided it'd be fun to reset the textures to default in the middle of my playthrough (everything worked just fine last week)

I reinstalled the game, reinstalled MEUITM, but now every time I try to open the game with MEUITM installed, the game never starts. When I close Origin, something called "activation ui" pops up in Task Manager in the background, where I can't do anything with it. Without the mod installed, the game starts up fine. Does anyone know how to fix this?

This is a very strange issue though, if disabling Origin overlay doesn't work, it may be best to delete everything and start from scratch.

What am I missing?

I have the exact same problem. :/
Can anyone help?

I think this should be fixed now with the MEM auto updates, it was a random stability error. Rebooting my PC got around it for me but after one of the MEM updates, I haven't had to do that anymore I apologize for the delay in response.

I have to say I don't have anything bad to say about this mod. It fixes the only downside of the original mass effect, that is that the textures looked quite low resolution, something I have often noticed (and disliked) when playing through the game. The amazing quality, a lot of painful hard work, and clearly a lot of dedication shown in the creation of this in my mind justifies a full 10 out of 10. You fixed the only thing I did not like about ME1, and I thank you for it. My re-play of the whole…

The Spook! And Mojave Trails of Bizarre Fallout: New Vegas