Five years after the events from the award winning Knights of the Old Republic, the Sith Lords have hunted the Jedi to the edge of extinction and are on the verge of crushing the Old Republic. With the Jedi Order in ruin, the Republic's only hope is a Jedi Knight struggling to reconnect with the Force and faced with the galaxy's most dire decision: To follow the light or succumb to the dark side...

The Sith Lords is the next chapter to Knights of the Old Republic; winner of more than 35 "Game of The Year Awards" featuring an all-new and perilous storyline set approximately 4,000 years before Star Wars Episode I.

All-new Force powers, weapons, locations, characters and classes add to the richness of this next epic installment.

Choose from three different classes of Jedi to start the game with access to specific Jedi abilities.

Choose the light or the dark side of the Force based on your characters actions as you progress through the story. The choices you make not only affect your character, but also those in your party, and those who may join you in your quest.

Cameo appearances from memorable characters of the first game enhance the continuity and story flow through this unique time period.

So I bought a Samsung Galaxy S20 and KotOR2 on the App Store so that I could test the project, got it installed first time no problems, just don't copy the movies or streamwaves/streamvoice folders for the port as the formats and codecs haven't been determined yet. ( Edit : also search for and delete all "*.gui" files from the override folders when copying to the mobile except the file galaxymap_p.gui ) 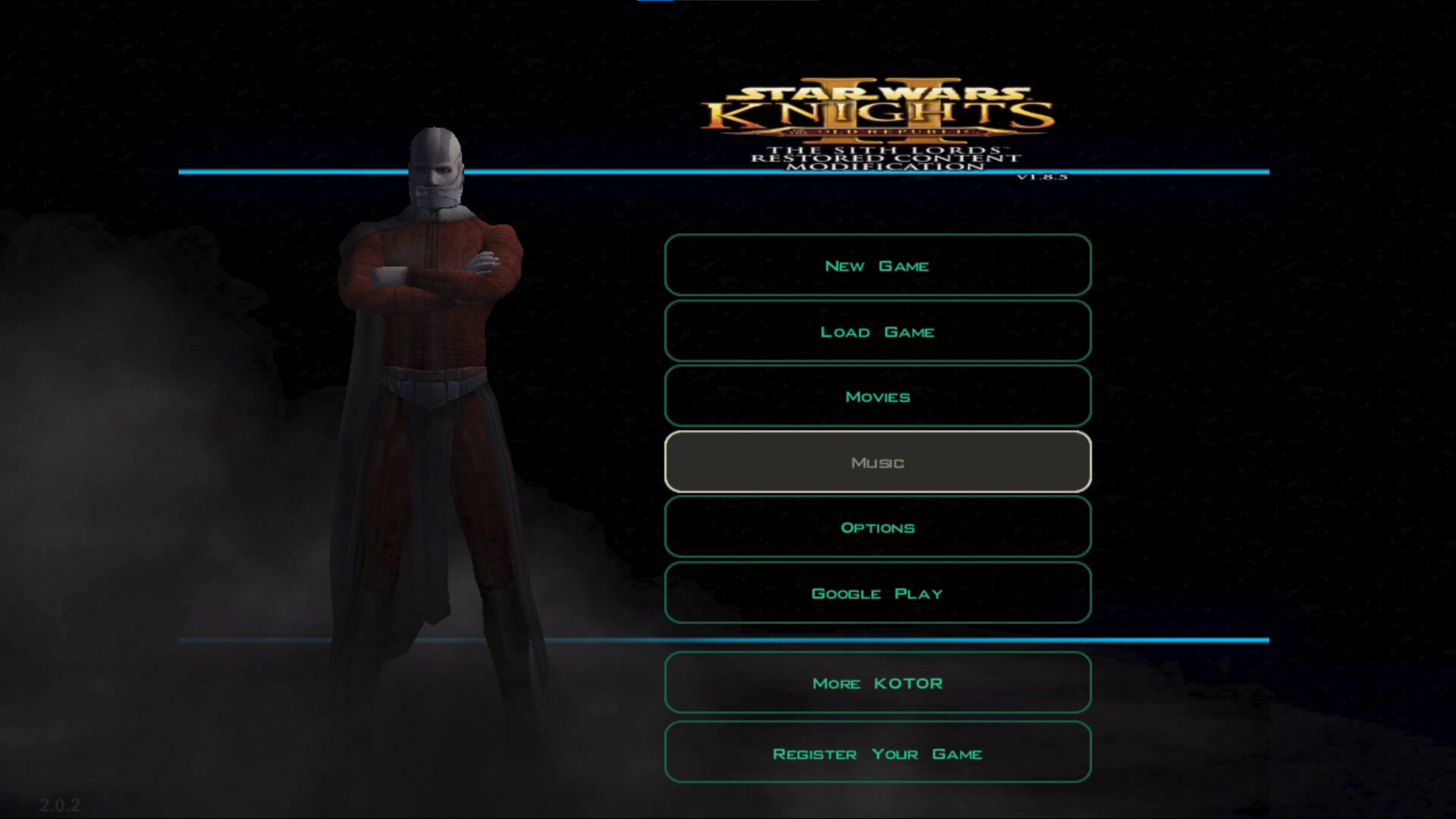 Hopefully someone will figure that out or Aspyr will let the community know one day.

While I haven't got off of Taris yet, I am at the Sith Base already ( tar_m09aa ) and everything has worked fine though I know there are differences in the dialog.tlk file so some things in the menu or controls page might have the wrong information, but I think that is part of the same problem as above in that we are unable to access the contents of the .apk for KotOR2 to access it's dialog.tlk file, new Override folder contents such as .gui and anything else that might have been added specifically for mobile such as the new interface.

Moving forward I will be able to test everything on both platforms easily, when I have a moment I am going to write a guide for users so that they can properly convert the voice and sound files for the port. 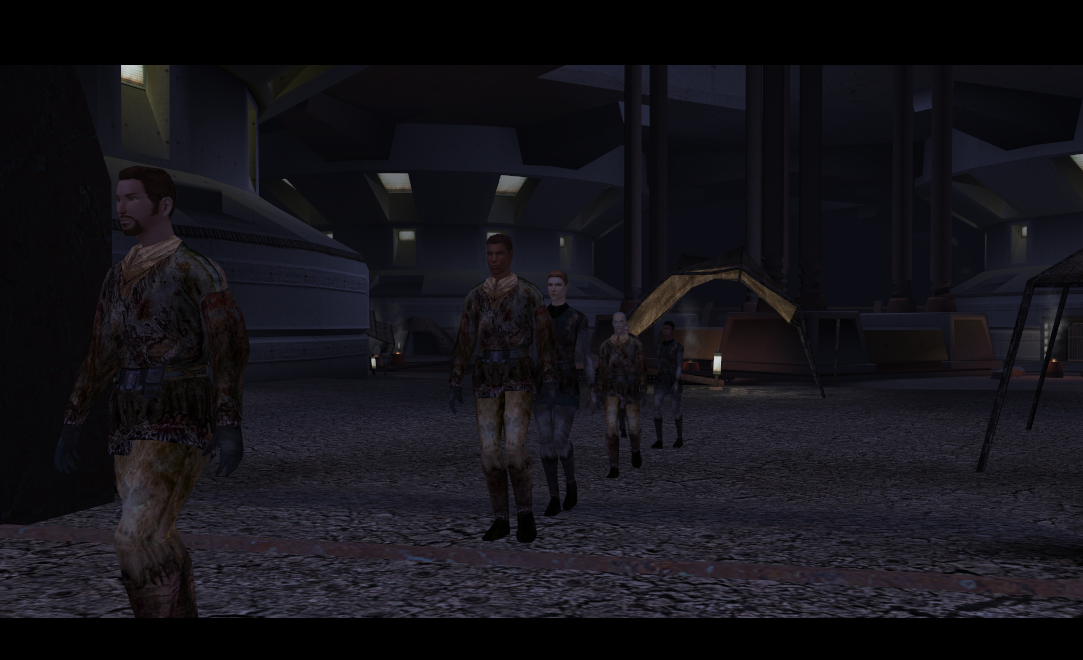 Still hoping to get one of my original xboxes setup with the project as well as possibly a 360 that I need to repair and perhaps in future other models of xbox if they can be modded and if it might be possible to install the project or create a modified .iso of the game.

Colors Lights and Shadows for TSL (CSL for TSL)

Im not sure if im allowed to post a download link but here is a sample SS of my reshade config implemented in KOTOR 2 TSL.

Below are some images of the inside of the Raptor.

I feel like I was frozen on Hoth the past several weeks. Good news - I have a place to live at now - so i won't be living under my work desk. So I'm back...

The latest patch for the Port part of the Expanded Galaxy project.

A small patch for the main part of the Expanded Galaxy project.

This is a small patch that has already been released on the Discord server for the project. PapaZinos Model Fixes included.

This is the latest patch for the port part of the project.

This is the latest version of the port part of the project.

One of the best game ever, I would like to see more modding.

Is it possible to obtain the new patch from 2015 without having to re-buy the game? I still have my old boxed copy and would rather not but the game again.

Eh, I got up votes but no answers.

Is there a graphic's replacer for this game?

There probably isn't one, but I do think there was one for the first game.

You have to buy it on steam

Obsidian should make another Star Wars RPG. Doesn't matter in which time period. KOTOR 2 is best Star Wars game, and one of the best RPGs ever.

Will there be a time where this mod adds the scene where Atris turns into Darth Traya?