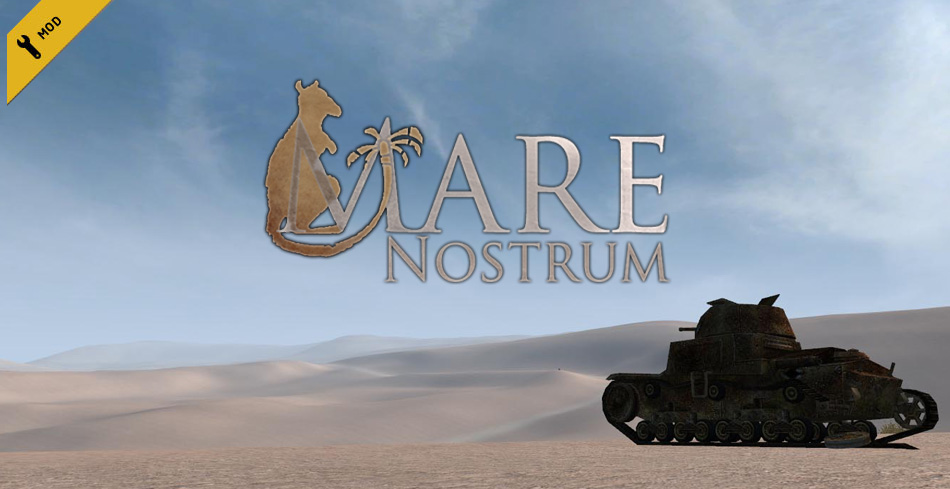 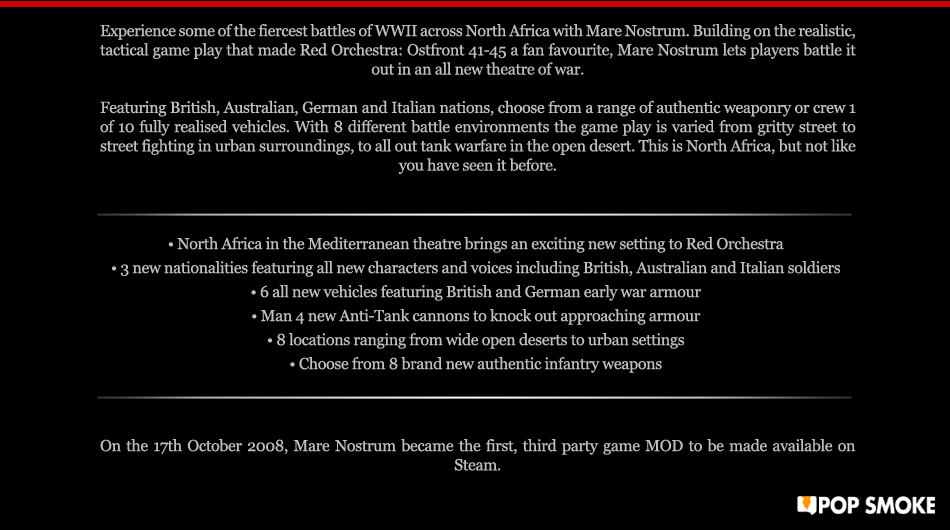 The 1.41 Patch has now been released.

Points Of Interest
- You are meant to be able to fire and reload the Bren whilst undeployed.
- The SMLE No.1 MkIII* reloads in sets of 2 stripper clips, one press of the reload button inserts 1 clip.
- The Thompson 1928-A1 has a 20 round magazine.
- Sened and Fallen Empire are skirmish maps intended for between 8-16 players.
- Artillery strikes are gained on Crete by destroying the Bofors guns. You can have a maximum of 1 strike at a time.
- Some tanks are now equipped with smoke launchers, press your attach bayonet key to use.
- You need to be unbuttoned to exit a vehicle.
- Tanks start with no shell loaded, you can turn on manual shell loading if you want to select your shell type when entering a tank.
- Italian grenades explode on impact, and need to travel for a short time before they arm.

Sandstorm Productions is happy to announce that thanks to Iceberg Interactive and Tripwire Interactive, Red Orchestra: Gold Edition is coming to stores...

Sandstorm Productions is happy to announce that the latest update to Mare Nostrum is now available along with 26 brand new Steam achievements! Mare Nostrum...

With Mare Nostrum 1.4 growing ever nearer we thought it was about time we started giving you something to get your teeth into. In our first update in...

This month we bring you news that we reached the top 100 in the Mod of the Year awards along with previews of our brand new Italian content. We also divulge...

The Making of Crete

With Mare Nostrum 1.4 growing ever nearer we thought it was about time we started giving you something to get your teeth into. In our first update in...

Hello once again to all of you. Apologies for the lack of news lately. But fear not – the team has been working away behind the scenes and Mare Nostrum...

Our latest Tunis Telegraph is now available for download in PDF format. The Telegraph has a whole new look and some titbits on 1.4, as well as information...

Grab our fansite pack to get your website up and running and ready to report on future Mare Nostrum news to the community. The pack is free to use on...

This month we bring the highlights of the new Italian weaponry we are bringing in our next patch along with some heavier British firepower in the form...

Our newspaper is back with a vengance after an extended absence! This time we highlight some of the armoured vehicles that are due to hit the deserts...

Long Live Mare Nostrum ~ Is it dreaming to think there might be more to come from this crew?

If you enjoyed playing Mare Nostrum and you are interested to see what our next project is check out "In Country: Vietnam" for Red Orchestra 2

Hey guys, there's a fightnight going on every week during Saturday evening, there's even an official group in Steam. That's where anyone can join in and play. Please release a final update to finish the scratches and leave a polished product. The mod feels a little abandoned.

I would like to play this some more. I enjoyed it very much when it first came out. Too bad the development has ceased.

Wait!! What!!?? Play as Aussie infantry!? That's gotta be a first, why am I only just finding this! Better go buy R.O, oh and everyone start playing this!

Does anyone play this?

Can you use Xfire to find more servers? Because whenever I go on steam there is one server with 0 people playing.

yeah man, there about 3-6 avtive servers at any given time. Jsut make sure you have your filters and all turned off so you can see em.

There are two 50 man servers which are almost always full. :)

Not sure why this mod is so dead. I mean, Darkest Hour is pretty good...but so this is, they're about the same quality.