Hello, and welcome to Israeli Defense Force: Fight for Independence, a Total Conversion modification for the PC game Battlefield 2.
What we aim to achieve with this mod is to immerse the player into the historic wars involving Israel, Syria, Egypt, and Jordan, which are the 6-Day War, the War of Attrition, and the Yom Kippur War. The player will be able to play as a common soldier, crewmember, or pilot in these wars. The mod will feature historically accurate equipment such as the famous Russian AK-47, the fearsome SO-4050 bomber, the menacing IS3 and M48 tanks, and much, much more. Also, the maps will recreate actual battles that happened in these wars, to complete a historically-accurate and immersive modification. IDF:FFI is also a member of the acclaimed cooperative gaming studio Black Sand Studios.

As we all know, that period in the region was one of the most politically sensitive times ever. Many innocent people had lost their lives at that time. Some may look at our modification name and think that we are biased towards the Israeli side. That is not true, at all. As a team, we do not intent to talk politics or choose sides, but portray, in video game form, the battles that happened.

To reach these goals we always looking for nice fans, who would like to apply as a developer or betatester. Keep an eye on the forums to see the progress of the mod.

NOTICE: This mod does not mingle with politics of any kind. Any post containing political, racial, or religious content will be deleted immediately. 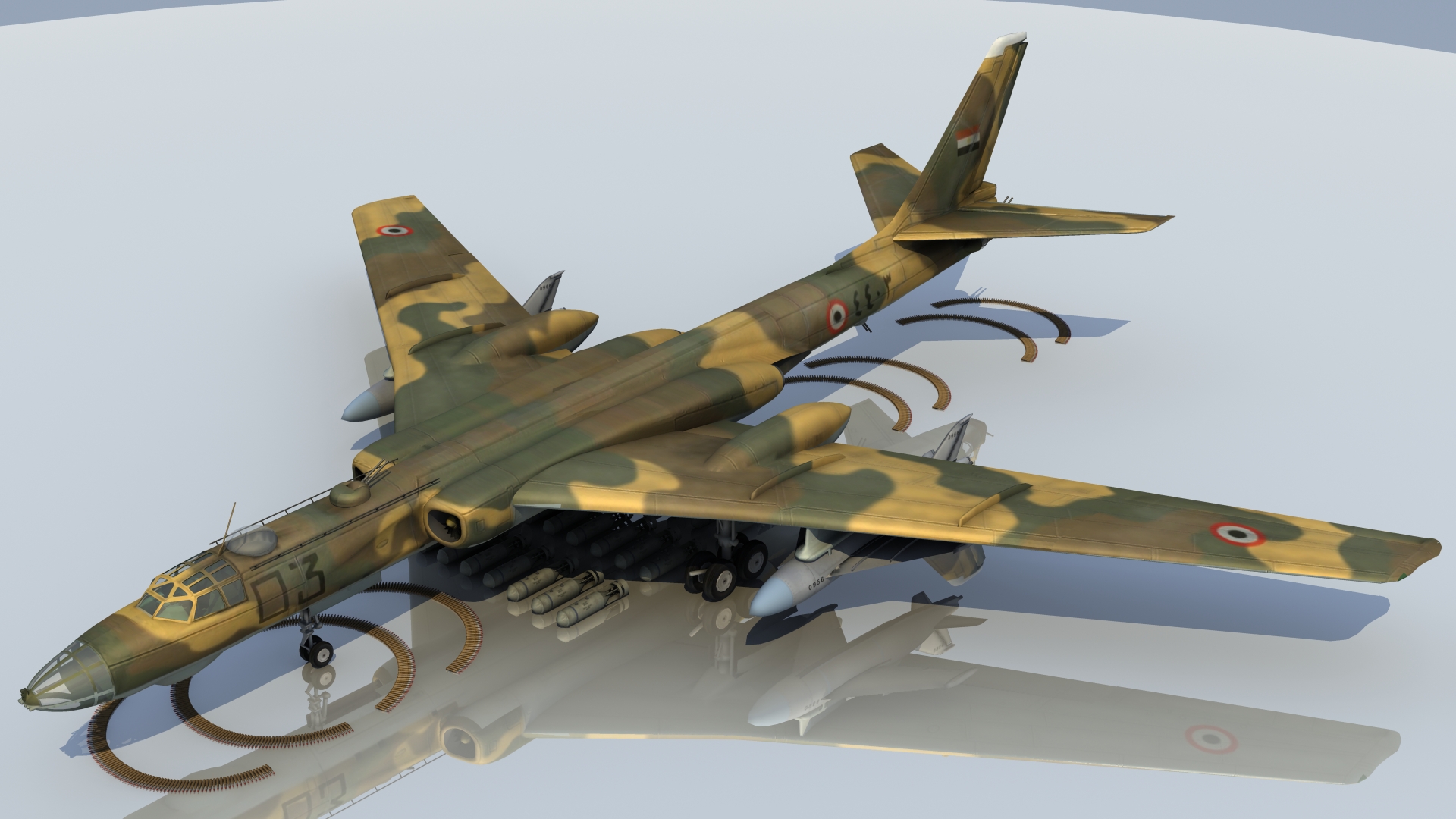 The Tupolev Tu-16 (NATO reporting name: Badger) was a twin-engined jet strategic heavy bomber used by the Soviet Union and allied nations. It has flown for more than 60 years. In the late 1940s, the Soviet Union was strongly committed to matching the United States in strategic bombing capability. The Soviets' only long-range bomber at the time was Tupolev's Tu-4 'Bull', a reverse-engineered copy of the American B-29 Superfortress. The development of new and powerful turbojets led to the possibility of a large, jet-powered bomber. 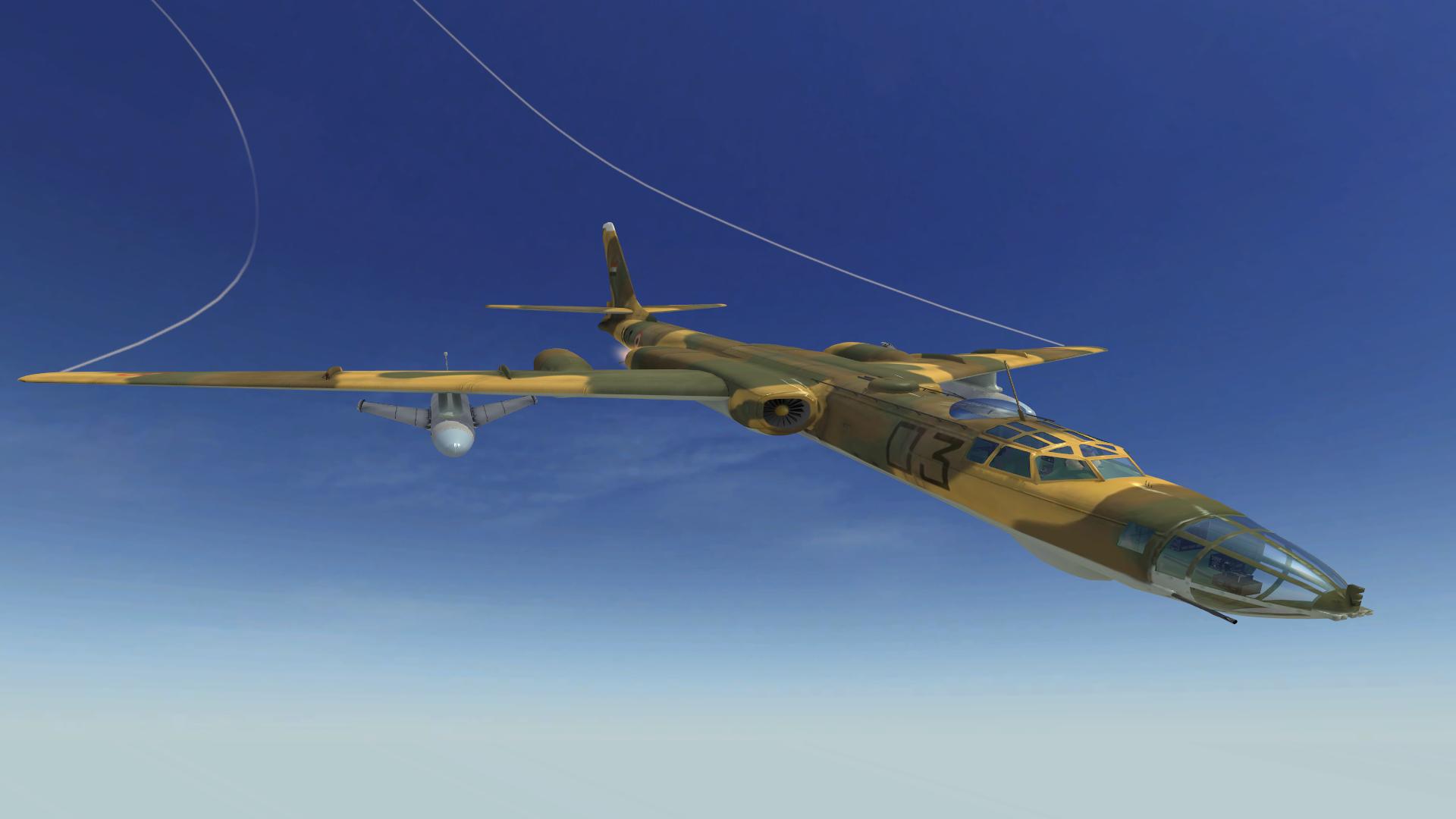 Although the Tu-16 began as a high-altitude, free-fall bomber, in the mid-1950s it was equipped to carry early Soviet cruise missiles. They were intended for use primarily against US Navy aircraft carriers and other large surface ships. Although they could be used to attack land targets as well. Subsequent Tu-16s were converted to carry later, more advanced missiles, while their designations changed several times.

The Raduga KSR-2 (NATO reporting name: AS-5 "Kelt") was a Soviet cruise missile developed to replace the KS-1 Komet (NATO: AS-1 "Kennel"). The missile was normally armed with a conventional high-explosive warhead, although it could be fitted with a one-megaton nuclear warhead. The missile itself, like the earlier KS-1, is extremely large, nearly nine meters in length with a wingspan of approximately four and a half meters and weighing 4,000 kilograms. Egypt purchased a number of the KSR missiles to arm their fleet of Tu-16 bombers. The missile was prepared for launch by the navigator. Once the launching aircraft's radar has locked onto a target, the missile can be launched. 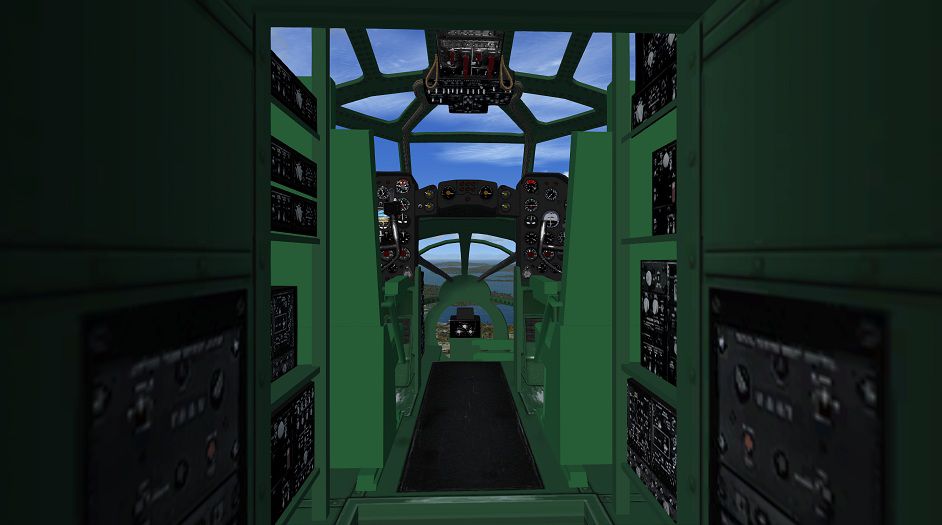 A versatile design, the Tu-16 was built in numerous specialized variants for reconnaissance, maritime surveillance, electronic intelligence gathering (ELINT), and electronic warfare (ECM). A total of 1,507 aircraft were constructed in three plants in the Soviet Union, in 1954–1962. The Tu-16 was also exported to Indonesia, Egypt, and Iraq. 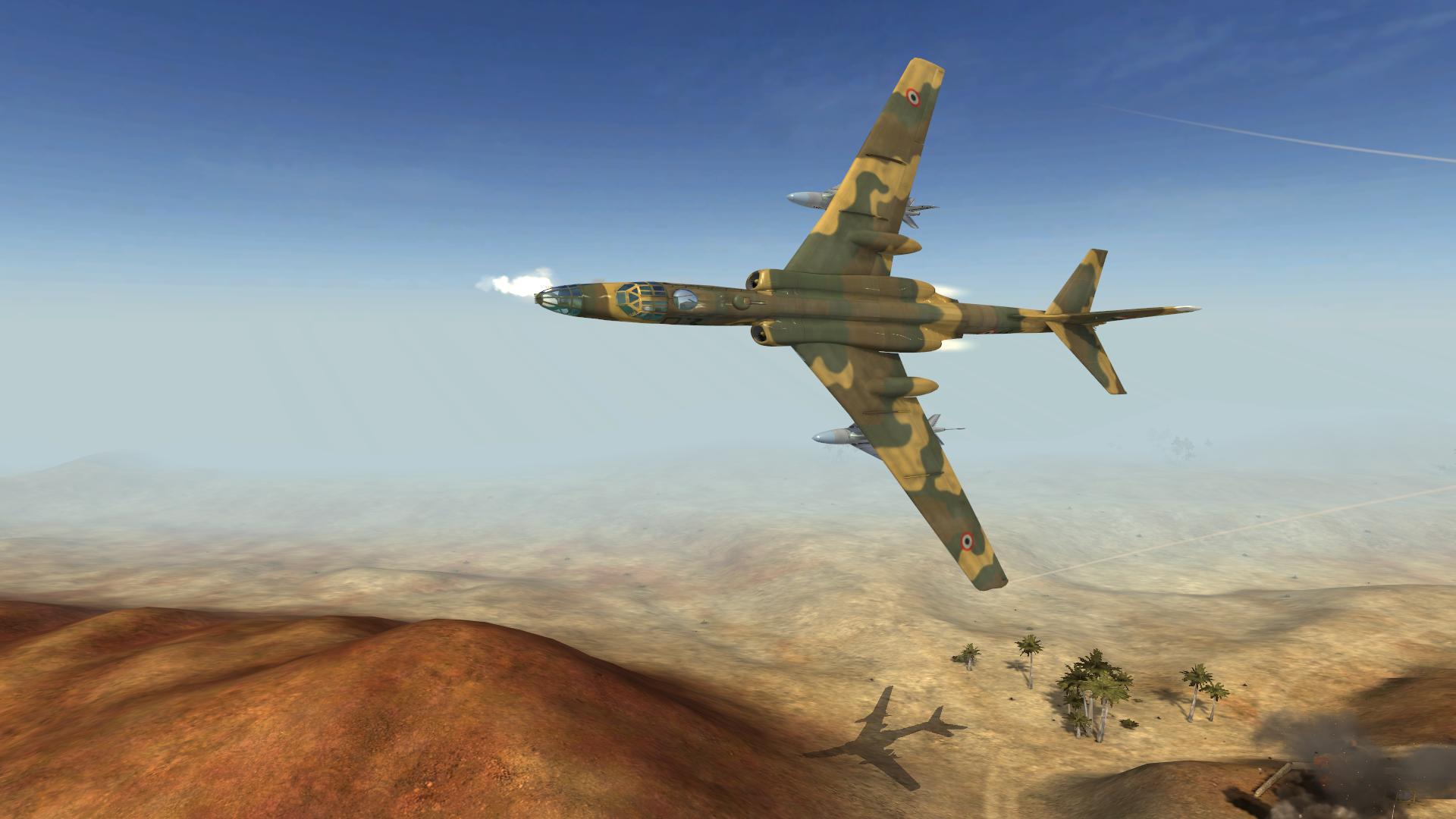 Egypt received 30 Tu-16 bombers in 1967, just in time for Israel to destroy them all on the ground in its preemptive air strike of June 5, 1967. The soviets replaced 25 of them the following year. During the 1973 conflict the lessons were learned and the formidable Tu-16s were retreated to safe bases far from the borders with Israel. In the opening phase of the Yom Kippur War, Egyptian Tu-16KSR-2-11s launched 25 cruise missiles againse Israeli targets in the Sinai, destroyed some radar stations. One of the Kelt missiles launched at Tel Aviv from Tu-16 was shot down by an Israeli jet. Used once again with success against Libya in 1977, the Badger dynasty lived a long and distinguished career in Egypt that lasted up to the year 2000.

Iraq also had a long tradition of operating bombers. In 1962 this tradition was renewed when the first out of eventual eight Tu-16 bombers were delivered from the USSR. Six of these remained operational at the times of the Six Day War, when only two out of four sent to attack Tel Nov Air Base reached Israel, one missing completely, while the other - the lead aircraft - was shot down by the Israelis. Six new Tu-16K-11-16s were delivered by the USSR in 1972, but they did not take part in the war with Israel in 1973. Instead, the surviving aircraft saw extensive service during the war with Iran.

From march 1968, badgers flew from the Cairo West airfield in Egypt observing US and British ships in the Mediterranean. Initially a unit of six Tu-16R aircraft was based in Egypt, the aircraft had Egyptian markings and their soviet crews had Egyptian insignia on their flight suits. The unit was later joined by Tu-16SPS electronic jamming aircraft (NATO Badger-J) and even some Tu-16 armed with air to ground missiles. How long Soviet crewed Tu-16 operated out of Egypt is unclear.

The excellent model and texture where created by Bob Chicilo and Virtavia.

Today we share with you a new iconic self-propelled anti-aircraft gun (SPAAG) of the cold war, the ZSU-57-2! The ZSU-57-2 was one of the main SPAAG's...

We have a very unique weapon to share with you today! The Egyptian Hakim Rifle!

We have a special update today. Something I never thought we would have in our mod!

Is it a T-54 or a T-55? This can be a difficult question to answer. The T-54/55 was built in huge numbers and many different variants and sub-variants...

Hello, I have created a tutorial of how to set up and play Co-op maps in v0.17 of our IDF:FFI mod. In the tutorial there is also way to add 100 bots to...

IDF - Fight For Independence™: V0.17 April 4th, 2016. IDF: Fight for Independence is a total conversion modification for the game "Battlefield 2". The...

IDF-Fight For Independence™: V0.1 September 29h, 2013. IDF: Fight for Independence is a total conversion modification for the game "Battlefield 2...

On Tall afar map shot side street flag is uncapable

Hi George235,
As for V0.17 or previous mod versions,
The requirements are the same as the original Battlefield 2.

Why no one is replying on my questions

No problem in this mod. Everything works fine BF2 1.5 patch.

This mod is out to a great start! Love the content so far. Big fan of the historical mods, way too many “modern combat” mods out there. Obviously a lot of room for improvement, but what is here so far is really good. The vehicles, especially the tanks are some of the best I have seen I have seen in a BF2 mod outside of FH2 of course (class by themselves). Can’t wait for the Israeli aircraft and some epic air battles. Keep up the good work guys.

The Armed Forces of the Slovak Republic Battlefield 2