This is Defence Alliance for Red Orchestra. We have learned alot from Defence Alliance on the UT engine, and we hope to bring all the new features and enhancements we wanted from the old engine to the new one. Bigger, better and more thrilling then anything from DA:UT. Stay tuned for news.

The main gameplay will remain just like DA:UT. This time we have given much more focus to the AI that will support players much better. We also now give the ability for players to attack. Teamplay will be very important to win on either side.

The Defence Alliance team is proud to announce it’s first release on Tripwire’s Red Orchestra: Ostfront 41-45. It’s been a long road to accomplish this and we are really pleased with our work.

Defence Alliance 2 for Red Orchestra, makes full use of the Unreal Engine 2.5 and the new features that are included in Red Orchestra: Ostfront 41-45, such as Bloom and Motion Blur. This first release for Red Orchestra, includes three maps, and a wide variety of weapons and buildables.

A full list of features and mirrors is available at: Forums.beyondunreal.com

Back in 2001 Defence Alliance for UT99 was released, which was about co-operative play versus AI driven monsters. The mod was so successful, it was obvious that there should be a successor for the new technology.

In early October 2005 DA2 had its first release for UT2004. Many players experienced the new gameplay changes. This introduced the classic Assault mode, where one team is attacking and the other one defending.

As well as the full range of personal weapons, players also have the ability to build additional defences, such as different types of gun turrets. The mod features six different classes: Medic, Mechanic, Anti-armor, Machine Gunner, Sniper and the Rifleman, each with their own special abilities. 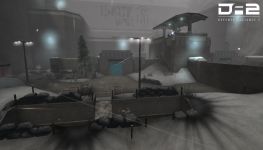 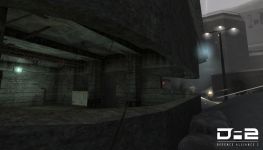 there are bots for single player?

Can you use this mod with steam ???

this is awesome but i cant see any players on it ;S

what is it about?

OMFG DUDE THIS WAS AWSOME! u should work on it some more i realy liked it but add stuff to it plz like diffrent weapons on other class and add back in the iron sight and phone. and and add the gun swurv aowund thing agian but keep crosshair and dont make it move awound as bad as red orchrestra. u also need vehicles like tanks hover crafs tanks maby some kind of jeep thing but yeah this was sick it be sicker if u worked on it agian and make bigger maps to plz.

mod looks awsome can't wait to play it i was wondering will you guyes be able to take full advantage of the weapon stay system the mounting system used for machine guns. and at rifles and the diffrent veiws and tank options that red orchestra introduced?