Gameplay
Dig underground tunnels, build rooms and attract creatures at your service, then use your army to annihilate your enemies.
Each room has a different use and can attract a specific type of creature, so it's up to you to build the best dungeon possible.
You can even build traps or research new spells.

Game Features
- Use your drones to dig and build your perfect underground hive/dungeon
- Attract different creatures researching and building new rooms types
- Full featured creatures AI that allows them to eat, sleep, train and work autonomously if you provide them the needed rooms
- Each creature has different abilities and can gain experience with fights or by training
- Quickly drag and drop your creatures where they are needed, you can even slap them to increase their work efficiency
- Research and build traps to welcome any intruder that dares to step into your territory
- Research and use spells to quickly destroy your opponents or support your army
- Play in different game modes, against waves of invading heroes or against other keepers
- Full featured playable tutorial

Notes
This map is freely inspired to Dungeon Keeper 2 but all the game will be transported to the starcraft universe. That means that all DK units, rooms and spells will be converted in SC2 units, giving them similar roles and abilities as they had in the original game.
For people who don't know, Dungeon Keeper was one of the most in depth strategy game created by Bullfrog in the old '90s.

This patch contains improvements for performance, AI and possession.

Possession now allows the player to directly attack and use abilities while controlling a creature. Use left mouse click to use the basic attack, 1 or 2 for special abilities (when present) and right click to dig with drones.

NOTE: due to re-publishing limitations of the Rock the Cabinet contest, the map released on NA servers has the "attack while using possession" feature disabled. Until the contest is over, a second version of the map has been published with a different name. 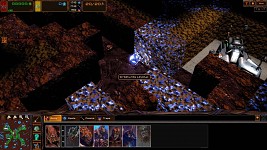 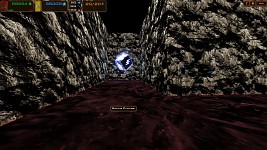 Last but not least, voice alerts made by Yushatak were added in game!

Blizzard updated the Hive Keeper spotlight thread with my interview on Hive Keeper, here you can find the transcription.

Hive Keeper has been featured by Blizzard in the Starcraft II Arcade Highlights. This means that now you can play Hive Keeper for free, even if you don't...

This is another patch focused on bug fixing and polishing. The map is now published on china servers too!

This version was focused on adding new content and fixing some old bugs. From now on you can play in cooperative mode with a friend against invading waves...

Looks like someone's been playing too much Lego: Rock Raiders :P

So, I remember a while back when I tried this out. It was an O-K recreation, but that was like 2 years ago. So I'll be trying this out again in a couple days to see how much it's improved. =p

I forwarded this page to a major Dungeon Keeper fan/development site, it should get some more publicity soon. :-)

I still have DK2 on disk and old computer to run it. Top-Class Fun.

DK2 will actually run on XP, Vista, and 7 with a fan-made patch. =o

I wish more people played this :(

be patient and players will come ;)

thats intersting, will you make girl creatures like there is in dungeon keeper? i always liked those, perhaps some monster girls too? some sexy ones would be nice.
ah, and before i forget, will there be a hero player mode? i always wanted one.

Is there anywhere I can dl this?

you can find an old downloadable version here
Sc2mapster.com
but the updated one is playable only on battle.net.

how do you play it on battle.net?

Just search for Hive Keeper in the arcade maps list and you'll find it.
It's published on all servers at the moment.

Age of Vampires Age of Empires II: The Conquerors