Description
The FX Mod is a graphical and gameplay mod for Star Wars: Empire at War: Forces of Corruption. It aims to improve the particles, projectiles, and the fun factor for the game while keeping most of the original game intact. This mod's main focus is on skirmish, with features such as base building and micro-intensive battles providing a fun experience.

A little bit of history...
FX started out as a personal modification for testing particles that I made for Thrawn's Revenge. Dissatisfied with the standard FoC gameplay, I then began making gameplay changes in order to make testing the game bearable. After sending the mod to select people, they gave feedback on the mod and suggested that I turn the mod into a larger scale one. Thus, the mod was born.

Note: This list is subject to change at any time and is in no way final.

The Makers
Many people have contributed to this mod, and I thank them for that. This mod would not be possible without these people.

Welcome to the third and last big update before the release of FX Mod. A lot has changed in the mod since the last time. We've paid attention mostly to gameplay enhancements, though we didn't forget about graphical sweetness.

But let's get to the point.

What is this all about?
Subfaction system in skirmish gives you choice of 3 subfactions (3 for space, 3 for land), each of them grants you an access to a different set of upgrades and bonus units. So let's say if you choose 501st Legion for the Empire, you get unique infantry upgrades and units specific for that subfaction (while the basic imperial units stay without change).

How does it work?
At the start, you get either a buildpad (land) or a satellite (space). Each has got 3 build options - by choosing one, you choose a subfaction. Once the object is built, it becomes the place where you can buy all the upgrades and unit researches related to the subfaction. Simple? Yep.

Here's the complete list of subfactions and upgrades.
Space

Ignore any typos/grammar mistakes, and I'm sure there are some.

If you've got any questions, feel free to ask.

Other stuff
I had no time to take any nice in-game pics so I'll be adding them successively within the next days. So far I can show you some of the new planets skins (ALO viewer shots): 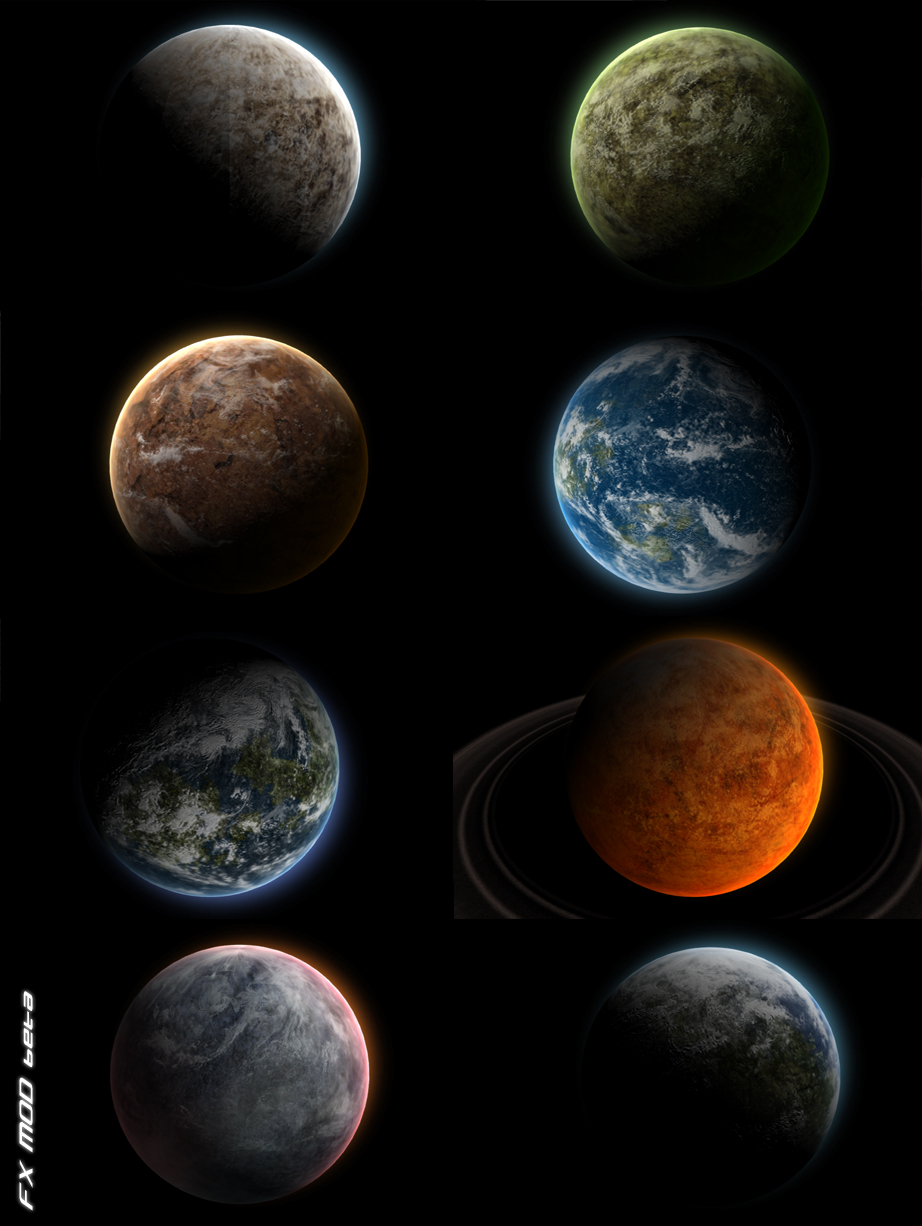 Until the next time,
Filo

Hello community! Nothing special today, just a quick message to make you know what's going on. With space part finished the progress bar has reached round...

The FX Mod is announced as a mod for Star Wars: Empire at War: Forces of Corruption.

A first release of the codeuser's FX mod. Enjoy!

*Pokes mod with a stick* Is it dead? Can we eat it? o.o
Seriously, it is not nice seeing that this mod is dead, it had the best graphics and effects ever and the gameplay was awesome, too :(

How the Hell do i install this?Pleaaase help :)

I have Gold Pack on Steam

The update is not working.

Is this mod going to be finished? It's my favorite EaW mod, and It's been 4 years since the last update. D:

Dead, sadly :C
Codeuser said that we shouldn't lose hope, but I highly doubt, that there will be anything made :(

Ok, need help here. I sort of got the mod to work. I created a shortcut but when i start the mod all it does is bring up the screen with the x wing that says FX Mod and then the game crashes. Can anyone help?

please release next version of this mod soon. its getting hard to hold back excitement!

sooo...is the lone screenie of an Imp Medic (awesome btw) a hopeful sign for the future?