This mod is especially for those who

Essentially, Exploit is a “cheat mod”, which, by using the terminals (door locks, generator controls, etc.) present in the game world in a specific way, gives access to various exploits ranging from increased ammo capacity through longer sprinting to complete invulnerability.

The aim of the mod was mostly to see if modding is possible at all, and to change the game in a way that allows the player to just wreak reckless havoc without having to worry much about survival, ammo reserves or anything else, and just blow stuff up instead, or to traverse the maps in unusual ways, potentially getting to places they were not meant to.

The exploits are randomly activated by using the terminals in a specific way, and they can also be removed one by one or all at once.

Voice and text feedback is given when an exploit is added or removed.

The currently active exploits and the free and used time slots are shown on the “Level Statistics” panel which, by default, is displayed by holding down the Tab key.

Get new experiences. Install Exploit framework and upgrade yourself to meet the challenges of Hard Reset. You'll need that. To be honest, you always wanted to have more ammo, health and shield. And more effective weapons. And the ability to sprint faster and longer, to jump higher, or to be invulnerable. Now you can. 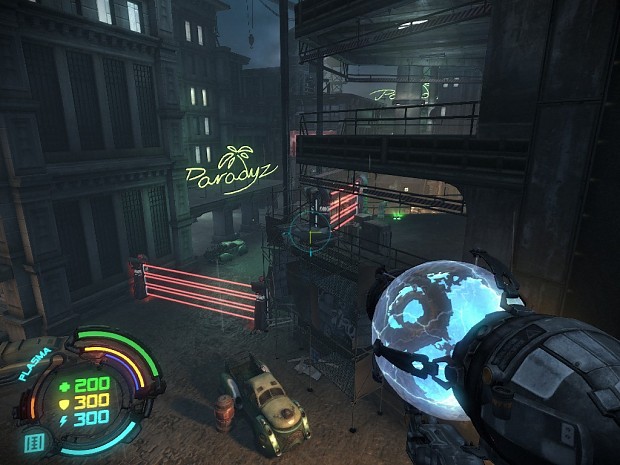 Each terminal in the game becomes a wish granter, which you can use to request features. In the beginning there was a fresh new video game called Hard Reset. We've fallen in love with it at first sight. Then we dissected it to see how it works...