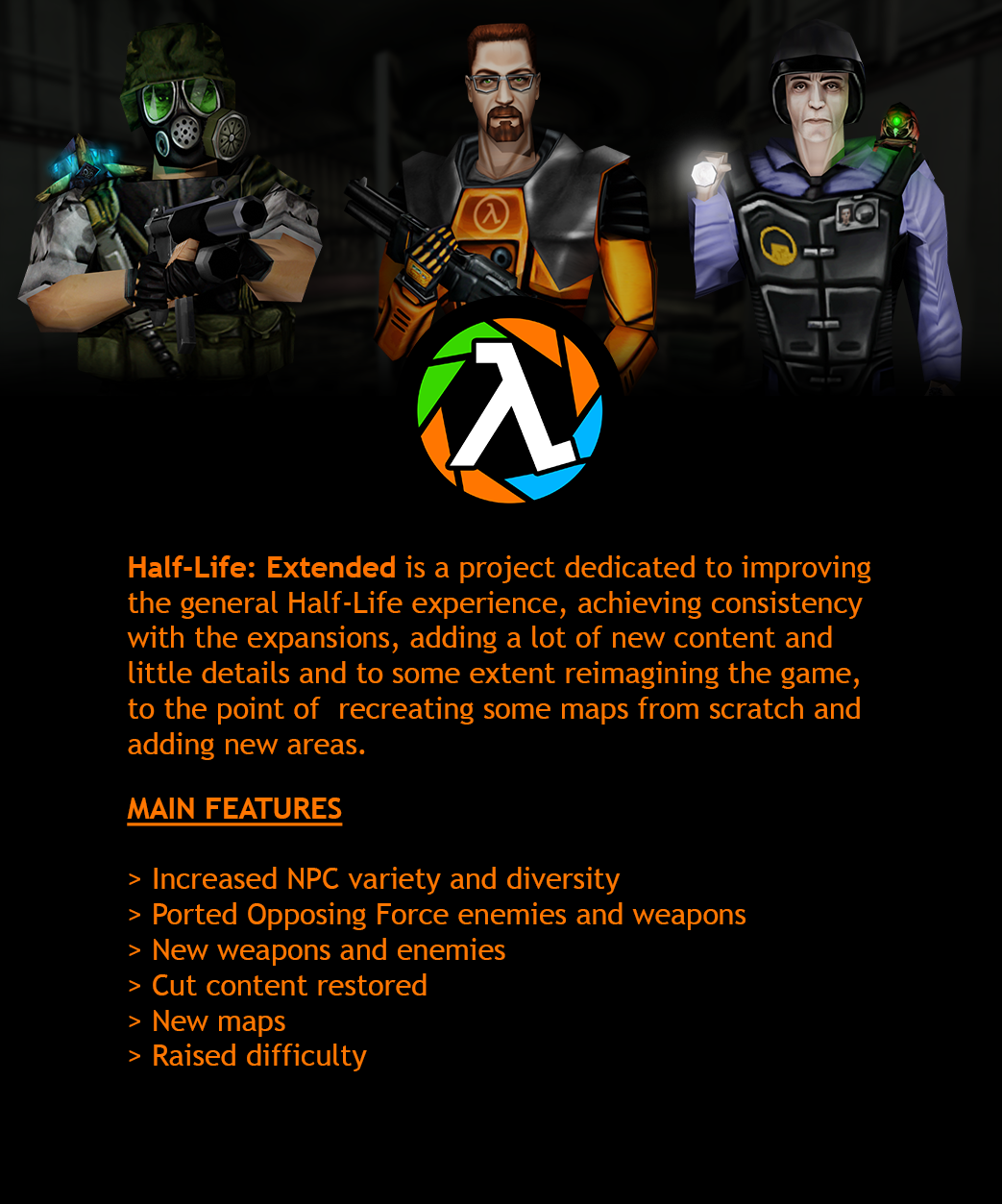 How It's Made. Half-Life: Extended

How It's Made. Half-Life: Extended

It's been a long while since we last posted. Today, we are here to break the silence.

Recently we found out that people like articles that provide interesting insights on the development much more than showcase articles, so now we will tell you more about our philosophy and approach to this mod, as well as explain how exactly we do things. This way you'll better understand what to expect.
So let's see what are the Extended™ ways.

Our idea is to, first of all, expand the vanilla Half-life maps by adding new areas, puzzles and enemies. It can range from something simple like adding a janitor closet or a control room to creating whole new areas, sometimes big, sometimes not too much. The most important thing here is to be creative and not get stuck in a loop of adding closets and toilets :)
Another thing to consider is the approach to vanilla sections. Now this is more case-specific. You see, every chapter in Half-Life has very memorable and iconic moments. These must be still present in Extended™ chapters by all means, and since most vanilla maps are built like a train ride from one iconic place to another, general directions must remain more or less similar. 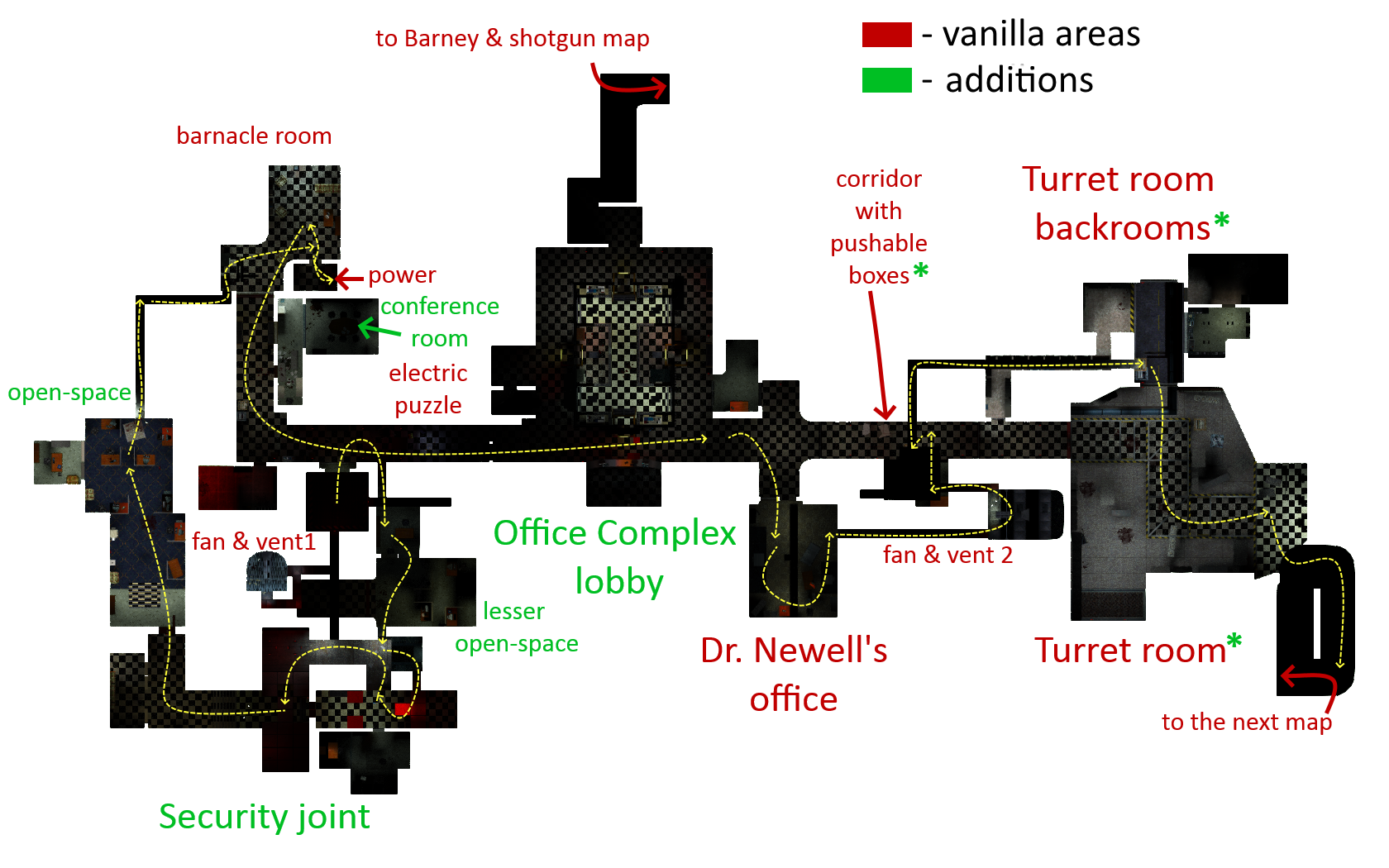 However, those iconic places rarely remain untouched. In fact, making iconic places Extended™, new and unusual is one of the most exciting parts of the mapping process.
Such important places can be Extended™ in many ways, from adding sub-areas and scripted sequences, to expanding them in size and taking advantage of the new volume to spice up the gameplay. 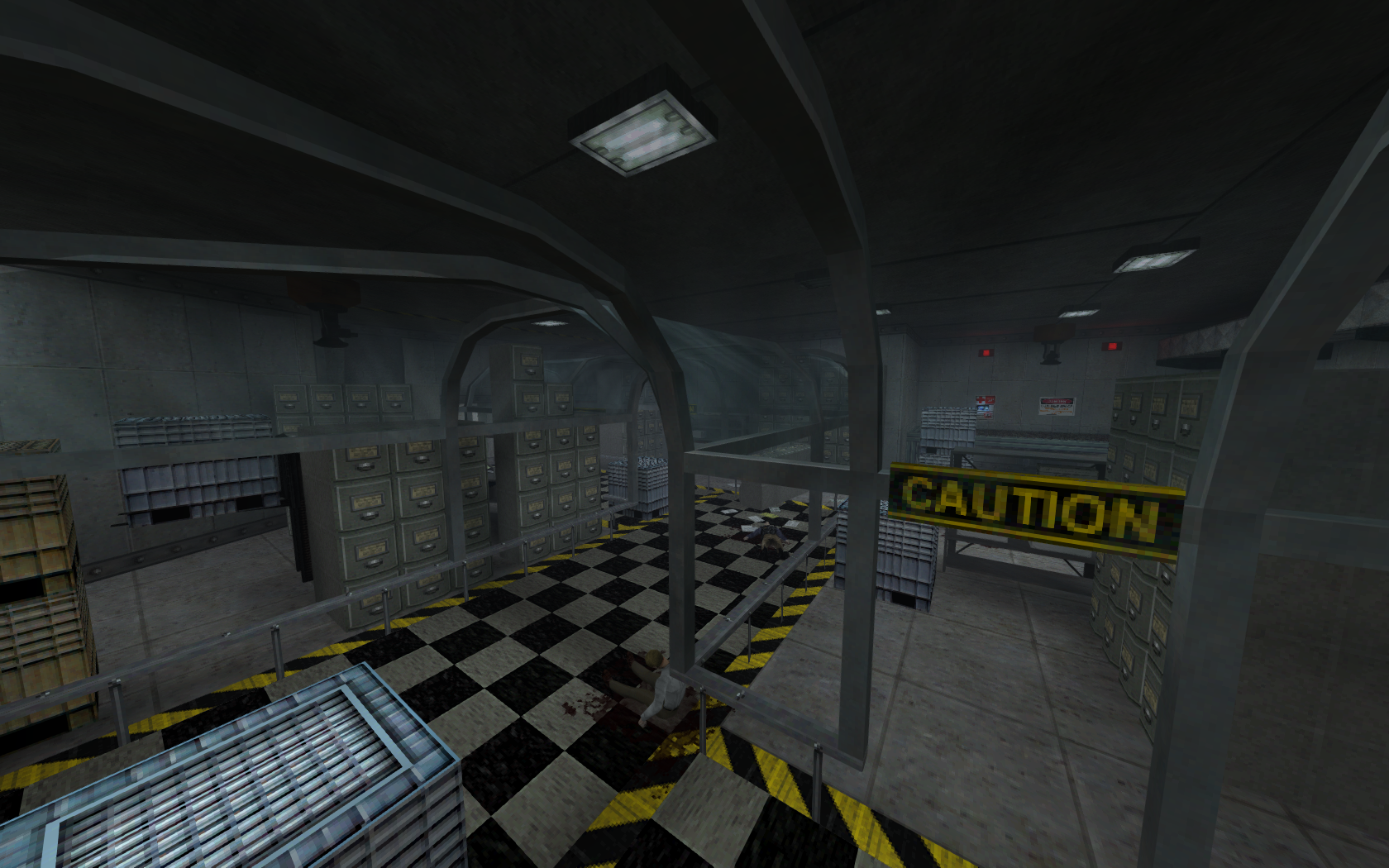 Office Complex turret room. Some places may be extended in more unusual ways than others

So, the philosophy is to remain familiar, but provide a fresh, different experience.

Now that we have an idea of what we are going to make, let's see how… 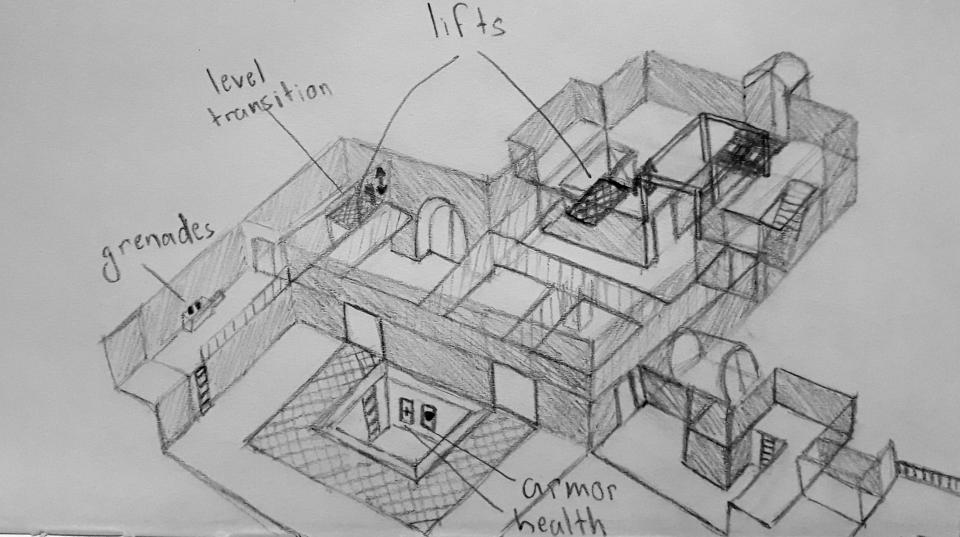 Actually, we can't use that much vanilla geometry because the map sources we have are meant for Half-Life: Source, thus all the scripts are broken. Plus, 1998 geometry isn't quite up to the modern standards and may easily turn out to bee to different from our additions style-wise, so when it's time to build you…

Steps above are done without textures or with dev textures to focus on geometry and make it faster. 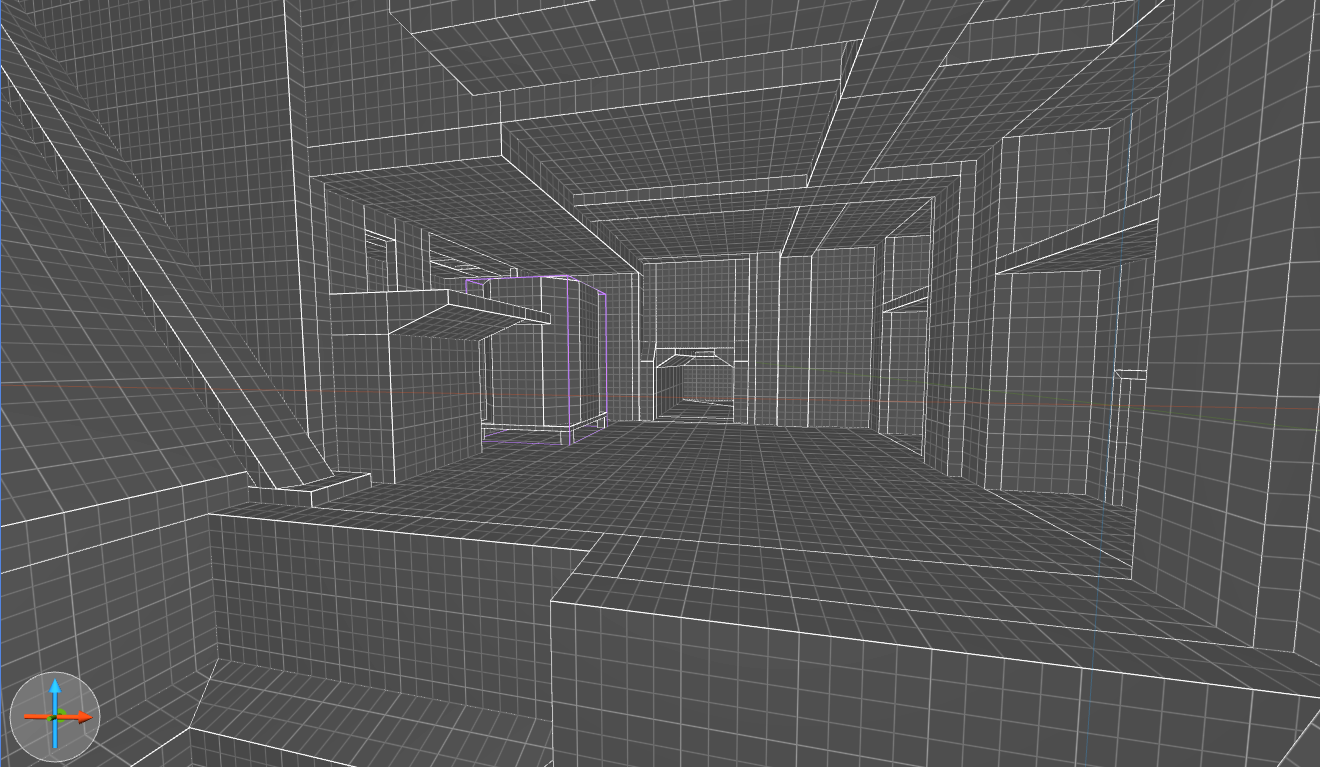 Unforeseen Consequences. The area right after the elevator ride. (early)

Only after all of that you can add textures, lighting, scripts and decorations. Essentially, we have to remake 80-90% of each map which takes a while but provides a better optimized, more consistent in style, more Extended™ and nicer to work with result. 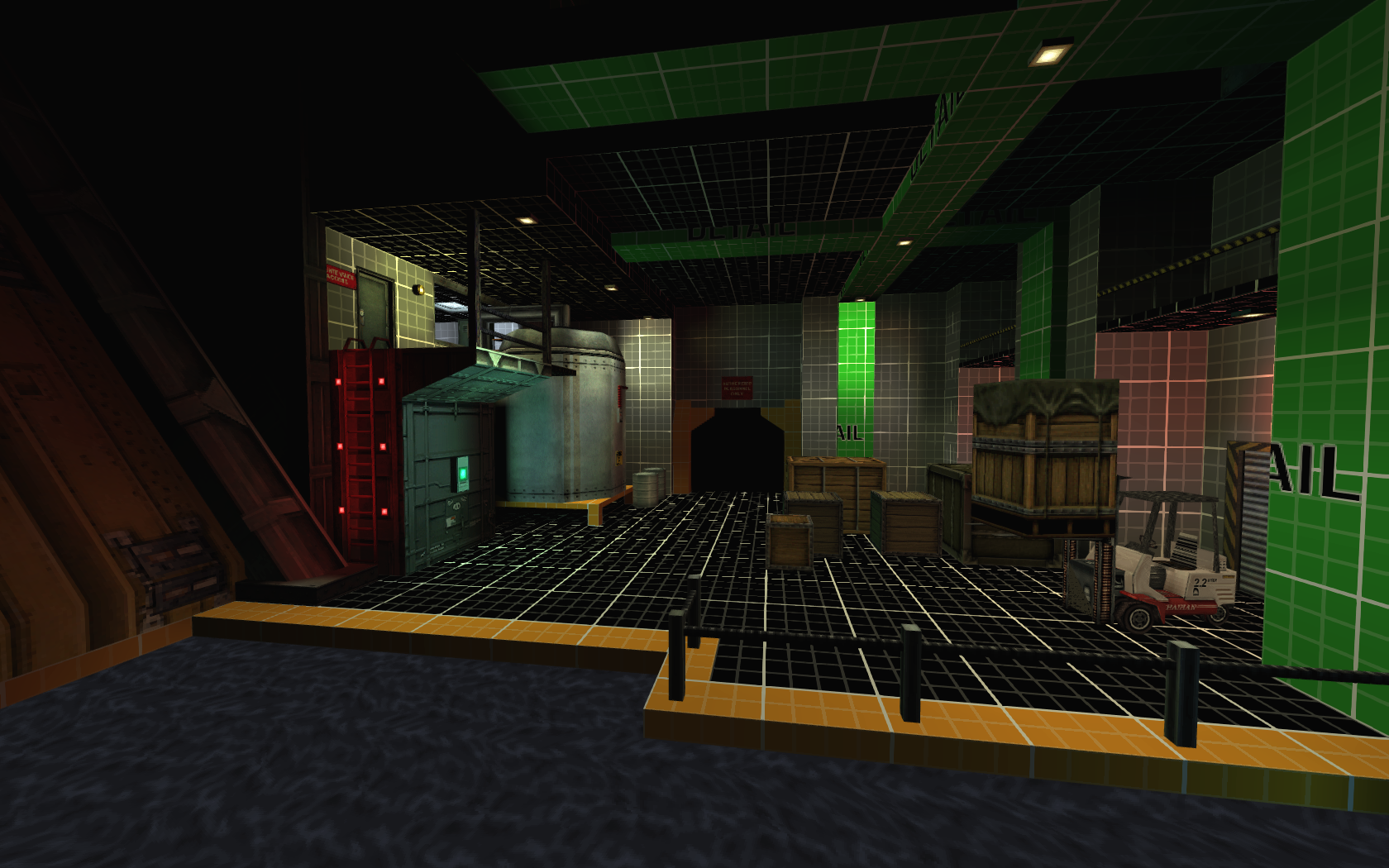 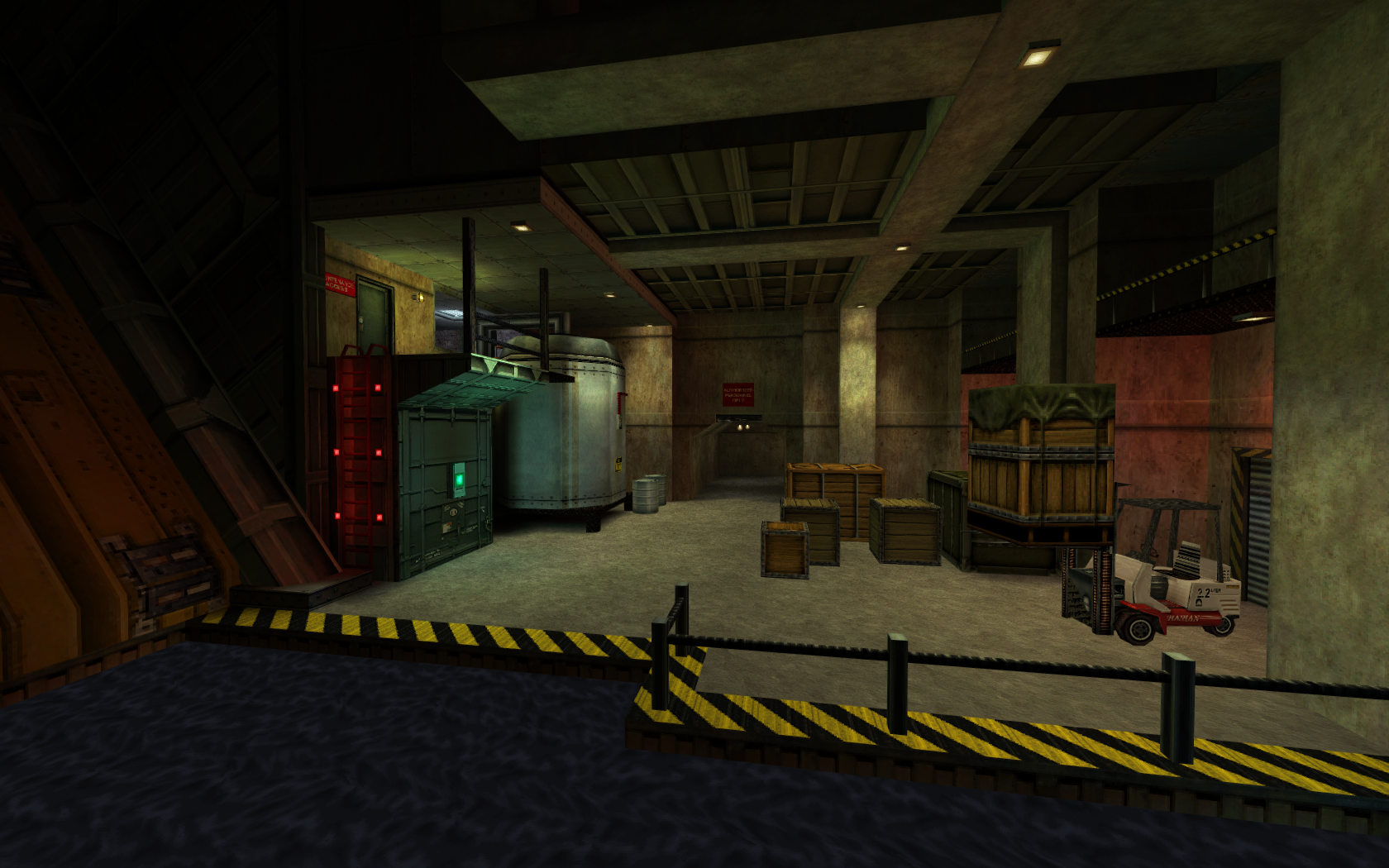 Unforeseen Consequences. The area right after the elevator ride. (detailed)

When it comes to animation for HL:E, more precisely character animation, it usually boils down to how the character is portrayed in the story, how that character would act in the world and in what context is an animation going to play at. For example if a character is cleaning a gun, they will act calm and relaxed, while if they are throwing a punch, they will put all their force into it and be very aggressive.

Even though the animations are all done from scratch, overall they are all kept as vanilla as possible, but only given more fluid movement and more weight.

There also has been effort to differentiate animations from character to character,to make them feel more unique and fleshed out, for example let’s take a reload animation for the shotgun for the Barney and the HECU soldiers. The animations for the Barney has been made with the idea that Barney is unprepared, stressed and not very familiar with the weapon, since he is a security guard and not trained with these weapons in mind.

While on the other hand ,the HECU are portrayed as trained professionals who are very experienced with their weapons, prepared for any combat environment and are more collected.

Another thing that has been added to the characters are movable weapon parts, so when they are reloading or firing their weapons, the weapons will move accordingly. For example movable slides on pistols or removable magazines for MP5s. This has been done so that the world would feel more believable and more detailed. 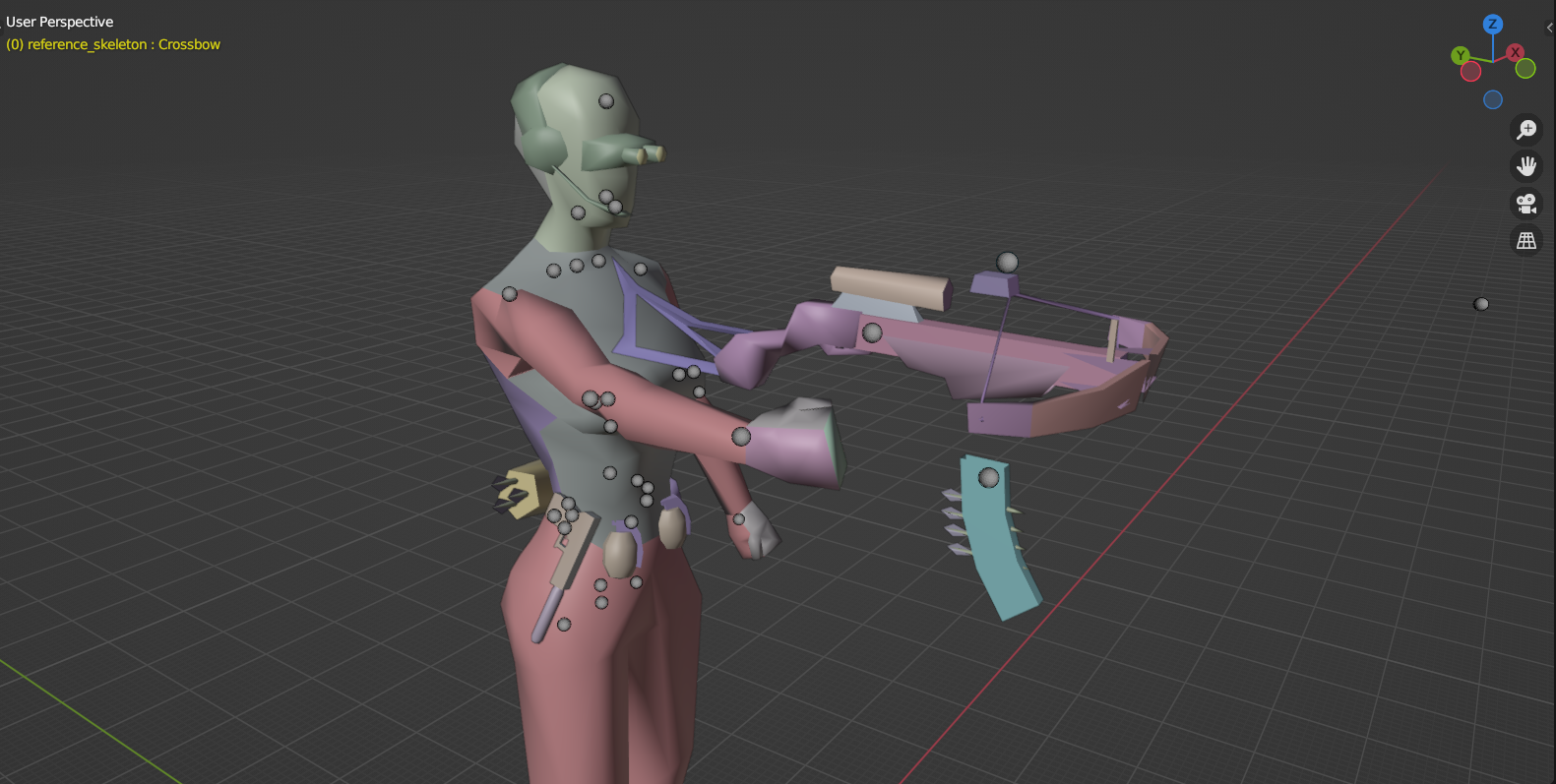 Human assassin with a crossbow

Also in order to finish up the sort of c_hands system that's been in development for quite a while, we invited LIL-PIF to help us with bones and animations, re-animate weapons. Click here to see what is it about.

"Everything is subject to change"

Due to the nature of a volunteer project, the team slowly changes over time, and with it, so does the mod.
HL:E went through several stages of transformation, and now has taken its final form as a fresh and unusual Half-Life experience.
With the foundation of the mod done, we've now fully focused on creating maps. Yes, maps have been in production since the earliest days of the mod, but back then there was no definite approach, philosophy or even a finished base, so it's actually only a few months ago when proper mapping began.
Now that HL:E truly has a clear path, all that's left is just to walk it.
It's not difficult to guess finishing HL:E will take time. When tackling a project like this, the most important thing is support and feedback. At this point, we've gathered an audience we deem very big for us, and with the help of our Discord this audience is turning into… a community.
Thank you very much, people who are there for us when we're being quiet or active. This mod depends on us, and we depend on your support. 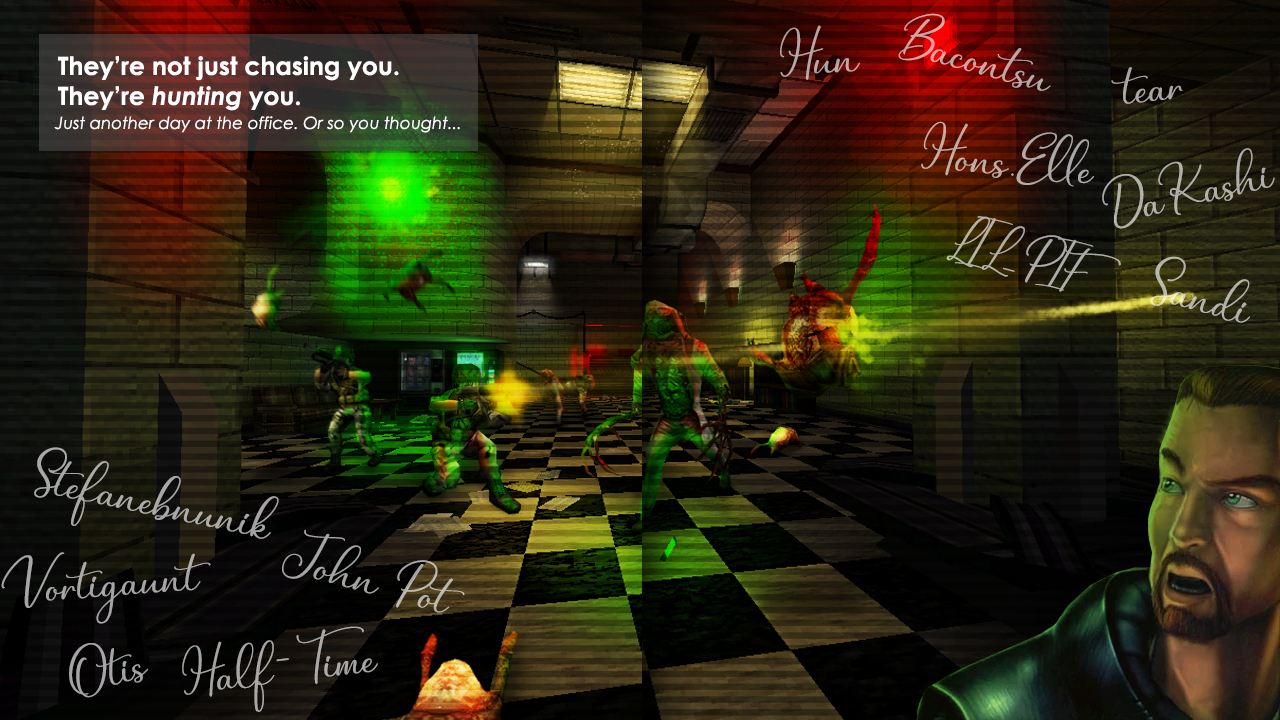 Any pre-release fans who get the reference?

With that said, goodbye until the next article, hope you liked this one. Stay safe these dark days.

Written by Tear. Animation section written by Sandi. Edited by Half-Time and Tear. Credit for the image at the end goes to Vortigaunt.

SDK on the horizon. Extended maps, NPC appearance changes and many more features!

Showing off the unbelievable amount of progress we made.

some new stuff is shown off, such as weapons, enemies, and some more map teasers!

Half-Life: Extended Development Kit, feel free to use it or any part of it for whatever you want, don't forget to credit us!

A v1.1.3a update for those who had already downloaded an earlier version of the SDK

The HD Models that I have left over. Putting it here for you!

Can scientists pick up weapons?

Will teletubbies be added into the mod as well?

Does Top Gear Crew have been added to Half-Life Extended yet?

Can Barney pick up weapons? Just like the rebel of Half life 2.