Cosmonaut is a Half-Life Two: Episode Two mod that recreates the style of game-play from the Half-Life series whilst providing a variety of locations to explore as you encounter Combine Soldiers, Antlions, and a wide range of other enemies. The mod sticks to the formula that worked in Half-Life Two in the hope that it is fun to play, and brings about many nostalgic memories.

The mod is set on earth with a very loose premise. You play as a cosmonaut who has had to abandon their space station, but upon arriving back on earth, discover that the place has been overrun by the combine. What happens next? Do you give in to the Combine army, or do you resist and use your skills to find some way of escaping?

To install Cosmonaut you need to -

1.Navigate to the 'Tools' section of your Steam library.

2.Install Source SDK Base 2013 Singleplayer if it has not already been installed.

4. Extract the Cosmonaut_1.0.0 zip file and copy the "Cosmonaut" folder with all the files inside Steam\SteamApps\sourcemods.

Wow! What a weekend. It has been incredible to see so many people playing and enjoying Cosmonaut. Thank you to everyone for your kind comments and also your criticism! I would certainly not be able to develop and get better as a level designer if I was not told about the flaws and mistakes that were made.

A lot of the comments I have been getting have been something to the tune of “It’s good, but nothing special” and I wholeheartedly agree with that. I sadly cannot fix that for Cosmonaut as I do not plan on working on it again but I will take everything into consideration when I next make a mod! I am very tired of working on it for now but only because I want to move on and make even more exciting mods. I have however spent the time since release fixing bugs and major issues with the first version. Today, I am rolling out version 1.0.1 which includes a lot of adjustments and changes that make the mod less annoying. You can download the new version here.

Over the past few days, I have had the assistance of Peredice, the project leader over at “Lost Industry 2” who has helped make minor changes and huge optimization adjustments. He helped take a lot of stress off by stepping in and working on the maps for a bit and I am truly thankful that he did. You can view the Lost Industry 2 page here and see all of the amazing things him and his team are doing. 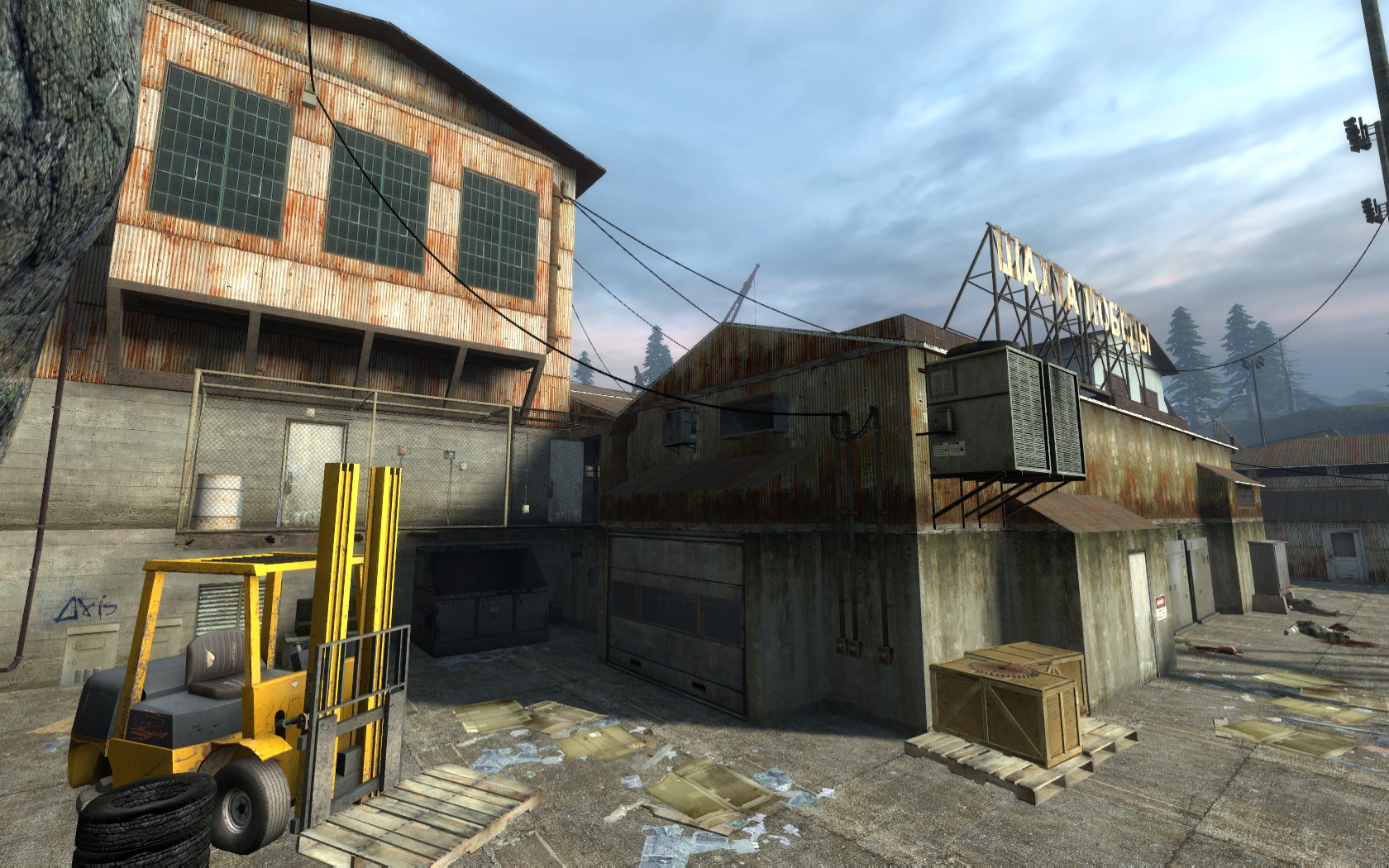 I have made up a change log to document everything that was fixed or updated. I have also put the names of those who either brought the issue to my attention or helped assisting me in updating it. I want to say a huge thank you to those individuals who sent me image logs or video demos so I could quickly and easily fix the issues. This update happened because of you!

- Set the starting health value to 35 instead of 34. (Thanks HoodlumScraggy 1)

- Fix an issue when the cops following you would block the door making it never unlock. (Thanks Vizzys)

- Completely overhauled the escape sequence. The player has no risk of being shot while trying to solve the pipe puzzle.

- Removed the torture sounds as there was too much confusion surrounding it.

- Made the wall in the pipe/barrel room thicker and adjusted the lighting origin. (Thanks Eyaura)

- Made the wall in the in vent room thicker. (Thanks Stanley_ros)

- Fixed an instance where metro cops could be seen disappearing from a torture room. (Thanks Lucia)

- Fixed door in that opened too far and clipped the wall.

- Clipped the door in garage that the 2 cops run into as the player could get stuck in there.

- Removed the Easter egg where the player could break the window in the garage.

- Made the elevator drop down water deeper. (Thanks HoodlumScraggy 1)

- Tweaked generator puzzle to give the player more options. (Thanks Peredice)

- Added an info_lighting to the screens cabinet in the initial rocket screen room. (Thanks Eyaura)

- Removed some props in the first outside section to make movement easier.

- Removed 6th metro cop from the canals section as it was in a silly place!

- The cops in the underground section, behind the blocked up door now walk away once the manhacks have entered the room.

- Made the water in pipe puzzle slightly higher and the floor lower to make deeper water.

- Added a sound cue to the wooden plank in warehouse as a hint it can be broken. Too many players were backtracking to find barrels to stack.

- Changed the wooden pipe planks to metal in warehouse to avoid confusion.

- Removed the citizens from one train carriage.

- Blocked up stupid looking area making it inaccessible to the player. (Unless they pile up props to get over it.)

- Raised the damage on the electrified water puzzle at the end of the map. (Thanks IMakeLevels)

- Moved the plug socket above the door to keep environmental continuity. (Thanks Lucia)

- Made the doors to the health charger and HEV charger room closable.

- Ensured the 2 soldiers having a conversation acknowledge the player when the player moves toward them. (Thanks Strontvlieg)

- Enabled the motion on the dumpsters in the street section.

- Added a railing to the mine elevator. (Thanks Eyaura)

- Shifted ladder at the start to the middle to accommodate the new railings.

- Remove a few lockers that had nothing in them.

- Widened doors during elevator/antlion finale so the antlions can attack the player in the sheds. (Thanks Peredice)

- Removed some scenery to improve frame rates and heavily optimized the map. (Thanks Peredice)

- Made it possible to do the generator puzzle in reverse as I am too lazy to rework it! (Thanks CW3D)

- Fixed buttons on initial elevator having an effect on the assets even when the elevator is moving. (Thanks Lucia)

- Clipped the infamous “difficult ladder”. (Thanks to everyone who pointed it out)

- Remove "Oliver the Gnome" from conveyor belt. (Thanks Lurker)

- Removed fire from final warehouse as it was not necessary and did not make sense as the character that lit it, got cut a while ago.

- Added blocking damage on the warehouse elevator (Thanks JanKaszanka)

- Remove barnacles for the underground so the mod will no longer crash if the zombie is picked up.

- Added wall to the end of the sniper bridge so as not to mislead the player.

- Fixed electric puzzle in the final arena where the plug would teleport out of sight of the play in certain areas.

- Added a gate to the bottom of the launch structure so the player does not run up there prematurely. (Thanks Lucia)

- Changed some doors that did not open to decoration doors to form consistency. (Thanks Melc311)

- Adjusted the amount of pick-ups in each level to make hard mode harder that is was.

- Tried to give a few hints around the locations of Gnomes.

Once again, if anyone finds all the Gnomes, please post an image of the achievement on twitter so I can see. I have seen a lot of 13 out of 14s but not a full set. 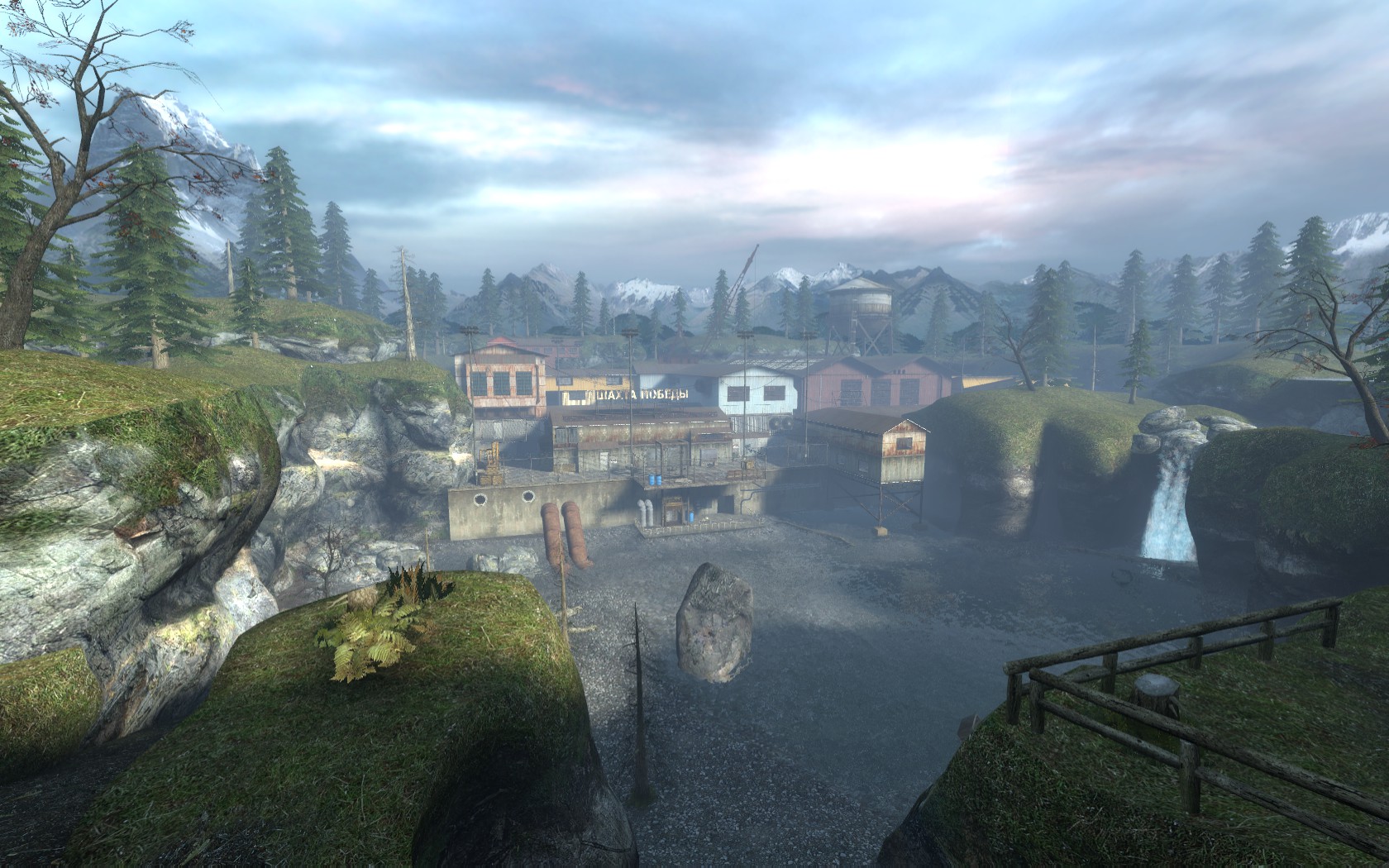 So that is all for the moment. After a busy weekend, I will be resting for the next few days. If you find any major bugs, I will try and fix them as soon as possible but I cannot promise a time.

It has been a whole year since I initially started working on Cosmonaut. Every week, I have been adding and changing things to make it a fun and enjoyable...

A big thank you to everyone who has shown enthusiasm for Cosmonaut, either on here, on twitter or on the Source Modding Community Discord. I am really...

The Countdown has begun!

That’s right! Cosmonauts release is getting closer. This Half-Life 2: Episode 2 mod was made in the style of the Half-Life games with the intention...

An updated version of Cosmonaut with a few changes.

THIS VERSION IS OUTDATED. Please download the latest version. I would like to thank Peredice, the mod leader of "Lost Industry 2" for helping me with...

THIS VERSION IS OUTDATED. This is the first Version of Cosmonaut. Cosmonaut 1.0.0

Hope I will like this mod. Космонавт как никак!

Hi, I have enjoyed playing this but am stuck in the space shuttle scene - can't stop the coolant leaking if indeed that is what I am supposed to do - any clues??

There's a little rectangular hatch with a handle surrounded by a black and yellow border in the room. if it's flipped over it will look like a rusty sheet of metal a little wider than a suit charger. Just pick it up and place it over the leak!

"Cosmonaut" is one of the best and most underrated HL2 mods I have ever played. It starts out very slowly -- perhaps 'to a fault' -- as a purely 'exploratory' mod with little or no action.

Combine 'pigs' (soldiers) for at least half the length of this mod or more -- are not 'hostile,' per se.....and they are carrying mostly only 'shock-sticks' and 'batons.'

The level of action and density of monsters and hostility of 'combine bulls' increases slowly throughout "Cosmonaut." Until the very end of this lengthy mod, ammunition is generous and there are VERY MANY boxes, barrels, etc. to utilize against monsters and enemies with pretty much only or basically the gravity gun....most other types of weapons aren't very necessary.

This mod utilizes a fairly diverse array of environments, also, both indoors and outdoors.

The ending of this mod is as 'classic' as the ending of any HL2 mod I have ever played: You finally enter into a large area, encumbered by forest, that includes a "Rusky" space shuttle NOT YET READY FOR BLAST-OFF in the center of this area. You have to figure out, before you can "blast off," how to turn on the coolant, electricity and fuel -to power the shuttle. As you figure out how to turn these things on, one by one....you encounter some 'trouble,' especially in the form of attack choppers -- hence the final 'battles' ARE, for a change, very difficult but not impossible...

It was goddamn good. All I have to say about it.

H/T to RTSL and PlanetPhillip...

any guide for play this mod in Linux?

Sorry, I do not. It was not made with Linux in mind but I think I heard someone say they got it to run on Linux with no issues. I will have a hunt around and get back to you if I find any more information.

A fun romp. Well thought out maps, nice visuals, decent music... you can do alot worse than play this!

2) Gameplay is very predictable, from NPCs placements to progression. Something different from the norm would have been nice.