Throne Room:
Metro has replaced the entire Civ2 throne room with HoMM2 castle screens broken up into puzzle pieces. As each area is upgraded you'll go through several castle types. So if you choose to upgrade one particular area a few times it will lead to some rather funny results and mixed matches lol. While we would have loved to have done a castle with individual buildings being built (similar to what Tom did with his awesome HoMM3 Civ3 mod) the positioning of objects in the throne room is hard coded and not something we can access to tamper with. So castle image puzzle pieces was the best we could do! 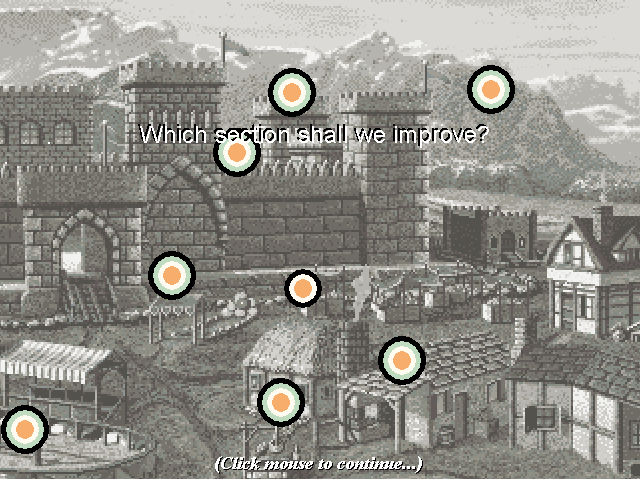 Diplomacy Herald Videos:
Metro has successfully replaced (which was NOT easy) and tested all of Civ2's diplomacy heralds with video animations of top tier HoMM2 units (eg Dragons, Titans, Crusaders, Phoenixes etc). They look awesome and its a real thrill when the leader you're talking to gets angry and the creature does its attack animation!! :)

Genie for our 7th neutral faction 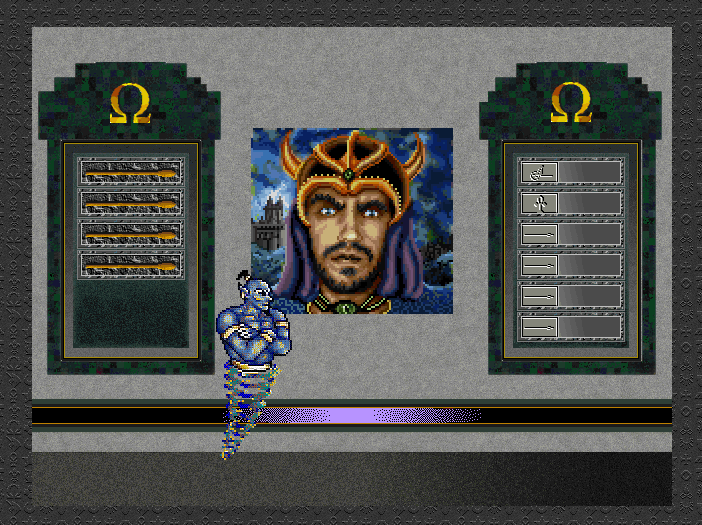 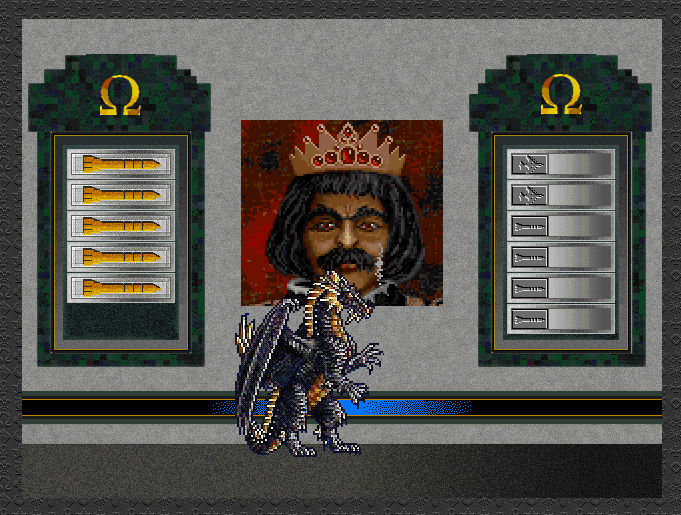 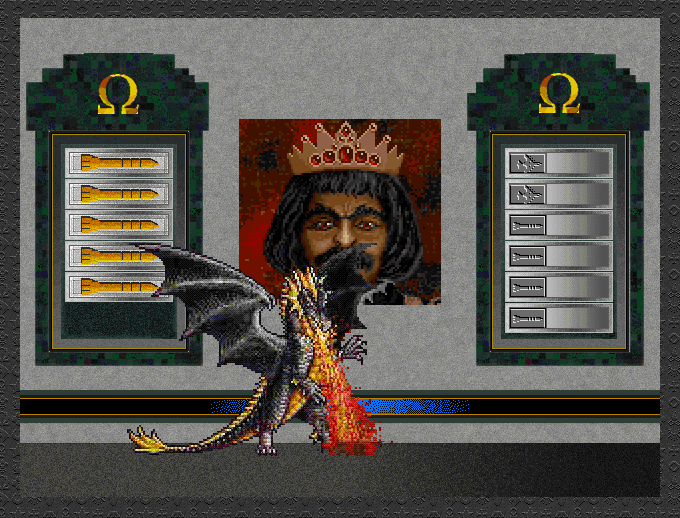 New intro video and title screen graphics:
Metro replaced the Civ2 intro with a short piece from HoMM2's intro and Blake replaced all the DLL graphics in the main menu screen and start on customized world images. Once again we suffered from severe size limitations of the original Civ 2 DLL image files so the colours aren't too brilliant in some images sadly! Also we don't know of any way to change the ugly Civ2 brown main menu background either! 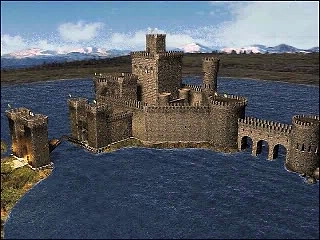 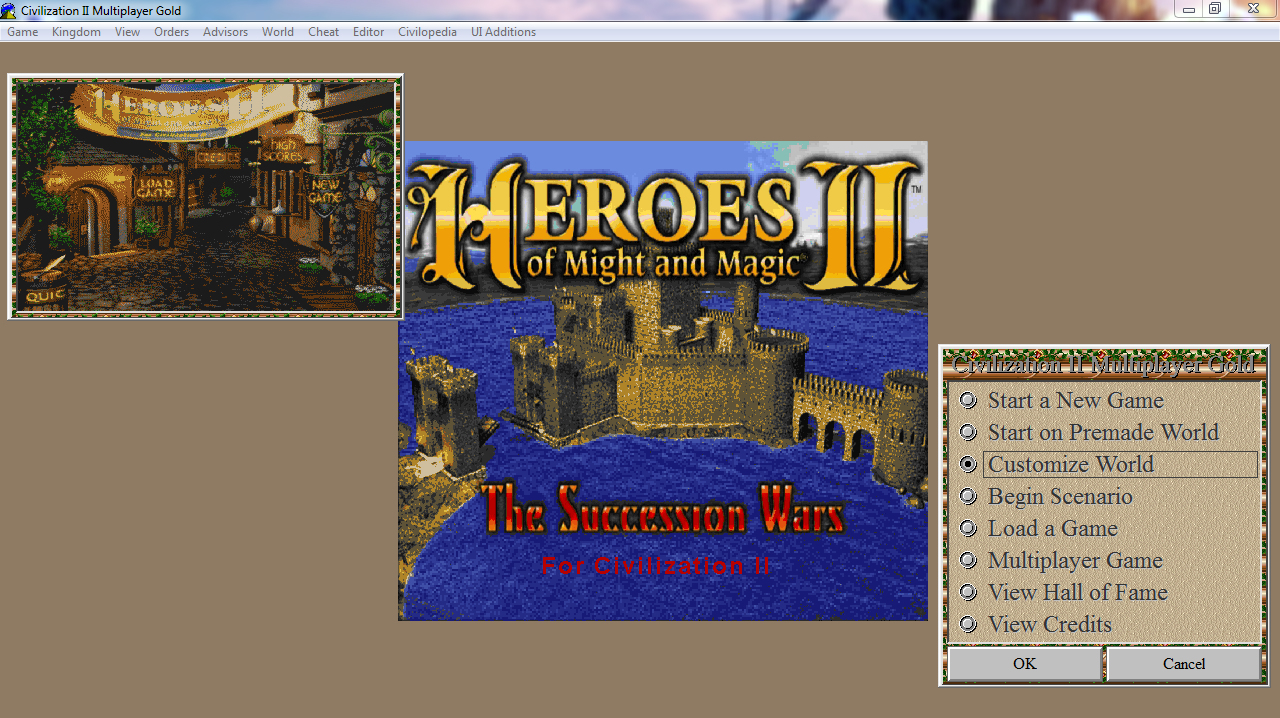 Wonder Videos:
Metro has also completely finished all of his wonder video conversions. These are really impressive and use a number of different videos (mostly from HoMM2) such as a Dragon breathing fire or a camera pass in a medieval library while HoMM2 music plays all leading to a frozen image with the details of our custom wonders all in the actual video! 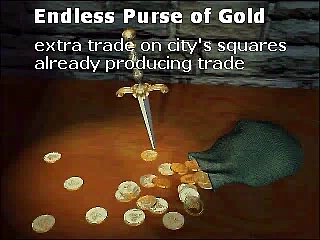 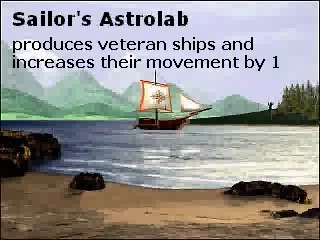 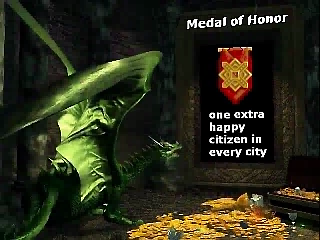 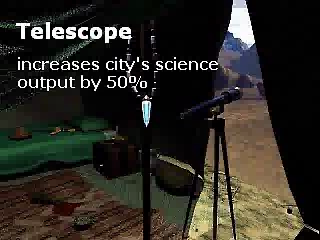 Nice! Keep churning on, you guys!